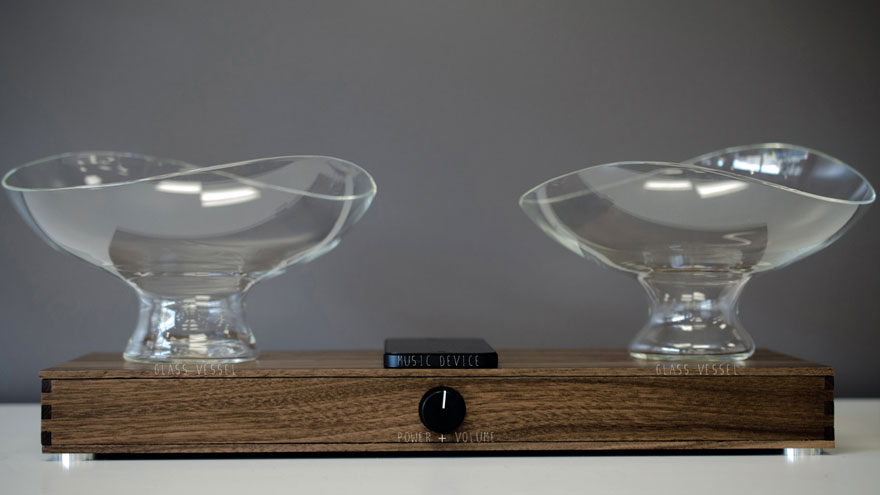 Although vinyl acolytes swear by the unmistakable warmth of analog media, there's no denying the advantages of the mp3 or its cousins: Between the ease of distribution, sheer convenience of having thousands of available at one's fingertips and availability of playback devices, the digital format is now the norm (resurgence in record sales—500% since 2007—duly noted). But the audio source is only half of the story: what good is a fancy turntable or lossless FLAC file if the audio equipment doesn't live up to the fidelity of the media?

Ever since custom equalizer and gain settings were introduced to consumer audio in the 70's, an array of knobs and faders has been the standard interface for audio equipment. Casey Lin's "Timbre Speaker" respresents a rather more interactive listening experience, allowing the user to manipulate the sound quality by moving physical objects on the surface of an unassuming transductive receiver.Timbre Speaker trims the essence of a speaker down to the very bare minimum, allowing the inherent qualities of the materials to become the centerpiece of the design. All superfluous detail is stripped away, leaving only the necessary audio and power ports at the rear, and combined power and volume dial. Wood and glass were selected for their favourable acoustic qualities which enhances the audio experience of the user. The Black American Walnut wood adds a warmth to the tone, while the addition of the glass vessels bring a more reverberant characteristic to the music.

As for how it works? The low-profile wooden box functions as a both a standalone speaker and an enclosure for a pair of surface transducers, which transmit vibrations across its surface. "The glass vessels act as physical equalizers, where the vibrations transfer through the wood into the glass and changes the timbre of the sound... [such that] vessels of other material, size or shape can be placed on the speaker to change the sound according to the users' taste." 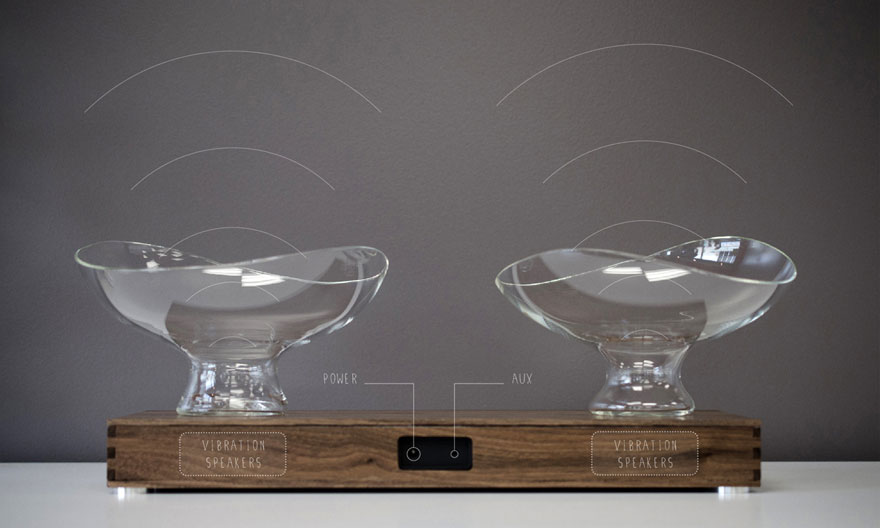 Lin further notes that although "wood and glass are the best materials for acoustics," other materials and forms will result in different timbres. "Another interesting method is to fill the vessel with liquid such as water, which can dull the timbre, but generate interesting patterns from the vibration."The main factor in determining the timbre a material generates is the structure of the material, porous materials such as wood generate a different sound from, say, glass or metal. The shape and depth of the material is also a factor, a hollow vessel or box with thin walls is preferable as it allows the sound to travel through and bounce off surfaces. 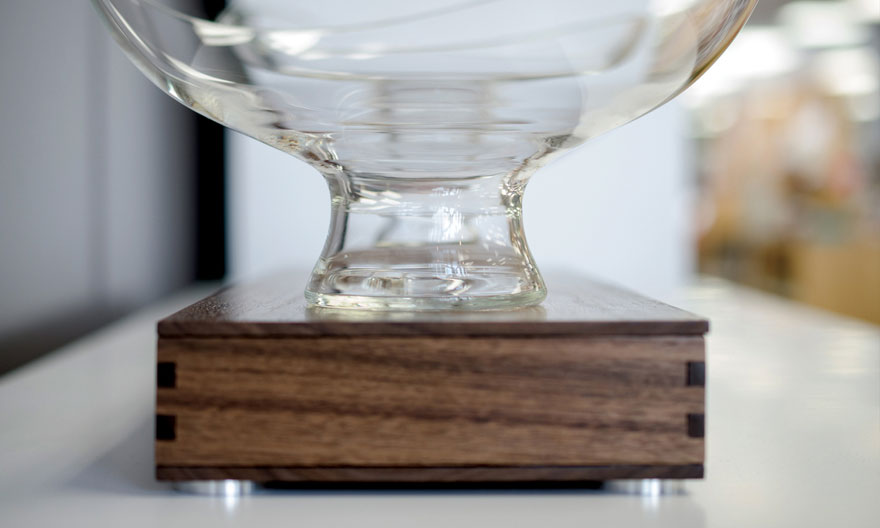 Meanwhile, the top of the walnut box serves as a sort of graphic equalizer, such that "the position of the surface transducer correlates to the brightness of the timbre; putting the vessel closer to the transducer produces a brighter sound." Thus, "users are encouraged to experiment with different objects and placements to find the timbre they enjoy the most." 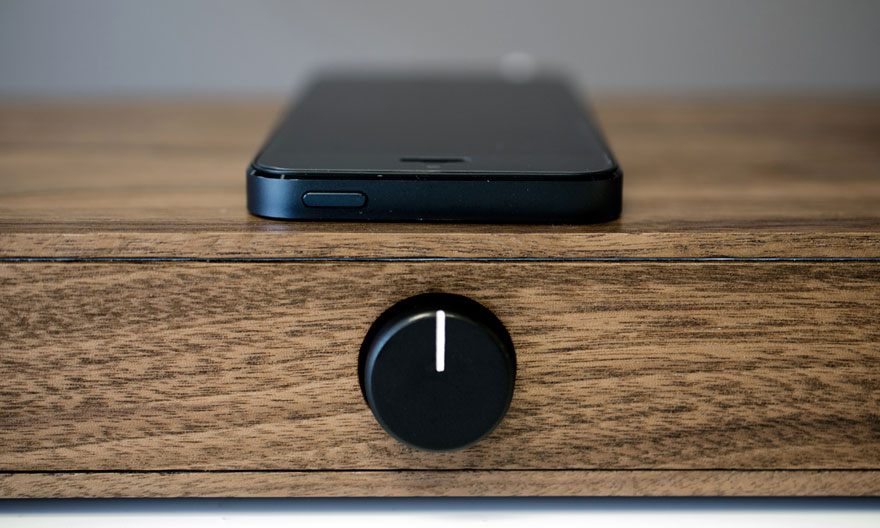 Lin is in her final year of the Industrial Design program at the Victoria University of Wellington; she created the Timbre Speaker for an assignment to redesign an electronic device. As with her previously-seen group project 'Fogponic' planter concept, it looks like Lin's latest creation successfully fulfills the brief, if we say so ourselves. 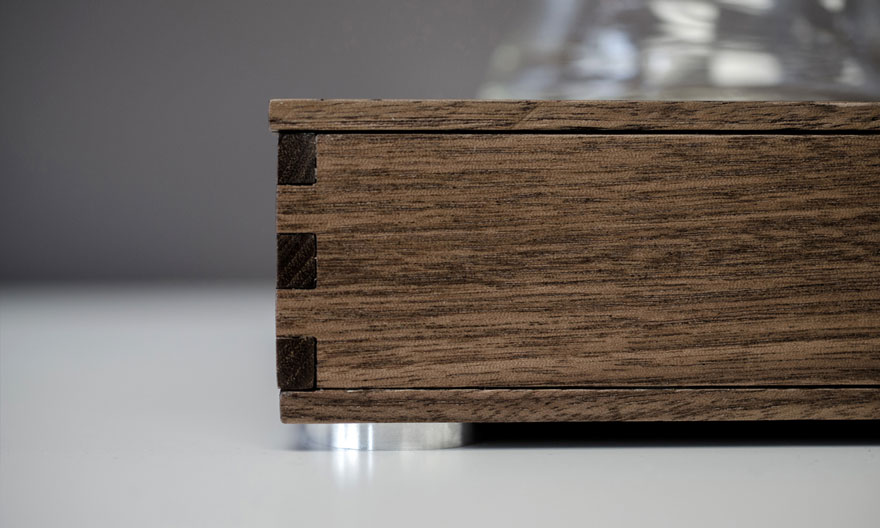