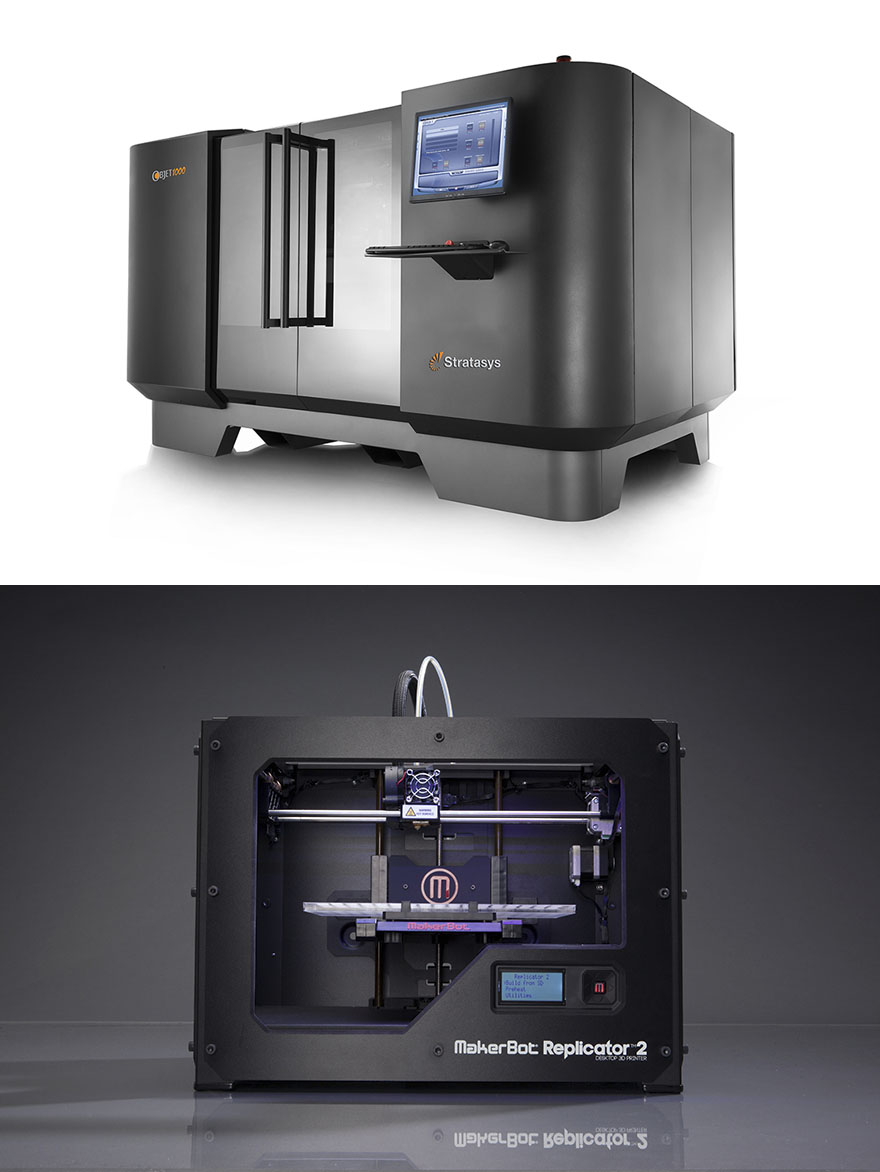 As we announced earlier, Stratasys, like the objects coming out of their print nozzles, has acquired their own third dimension. Last year, the manufacturer of industrial 3D printers married up, merging with Objet and their super-high-end machines (we looked at a 16-micron-capable unit here); it's just been announced that they've married down as well, scooping up MakerBot and their entry-level machines for a reported $400 million. Stratasys has tried to go low-end before through a short-lived partnership with HP; this time is different, largely because HP doesn't know what the hell they're doing and MakerBot does.

So what does this all mean? Several things:

At first blush, this might seem like Makita acquiring Festool, then picking up Skil; the one company will have access to three different strata, if you'll pardon the pun, of users. In most industries, that spells dominance. But unlike with power tools, with 3D printing there will always be a dedicated DIY-hacker base happy to keep tinkering with their RepRaps in the garage, meaning that that unexpected (and perhaps unreliable) source of individual innovation will not be snuffed out. This is good for everyone.

It does mean, however, that Stratasys will dominate the plug-and-play market. Between them and Objet they've got the industrial market well-covered, and with MakerBot's relative ease-of-use appeal—as proven with their Replicator 2's 11,000 units sold since launch, accounting for half of the company's sales since their birth—they will be the go-to for consumers who "don't want a toaster and just want toast."It also means there will be a bridge in place for the prosumer ready to step up to the next 3D printing level. Right now a top-of-the-line MakerBot runs $3,000, while low-end Stratasys buy-in starts around $10,000—steep, but not insurmountable. If the $10,000 figure starts to come down and Stratasys marketing muscle starts to flex, we can probably expect to see people crossing that bridge.

Perhaps most significant is that Stratasys is acquiring the Thingiverse. For the sake of serving individual users, MakerBot's robust creative community has more potential power and than any marriage of technology—more powerful than say, a company acquiring Apple to gain the iTunes ecosystem's user base, because Thingiverse denizens aren't just consumers; they are creators. If Stratasys is smart, they'll use their global and financial muscle to build the Thingiverse out, spreading its influence wide while still providing plenty of drill-down, long-tail depth for the hardcores. And when it comes to moving machines, Stratsys can provide MakerBot with some seriously global reach.

Then there's the tantalizing appeal of combined R&D, and technology trickling down. It's presumably unlikely that the Replicator 3 will contain anything developed at Objet and filtered through Stratasys, but not difficult to imagine that happening with the Replicator 4. How hot would it be to see an affordable FDM (fused deposition modeling) MakerBot, or one capable of Objet's crazy-fine detail?

Lastly, there will be no unwieldy Sterling Cooper Draper Pryce Cutler Gleason Chaough moniker; MakerBot will operate as a subsidiary, retaining their brand. It's just as well--3D printers are getting sleeker these days, and StrataMakerBobjetSys would be a tough logo to slap onto the side.