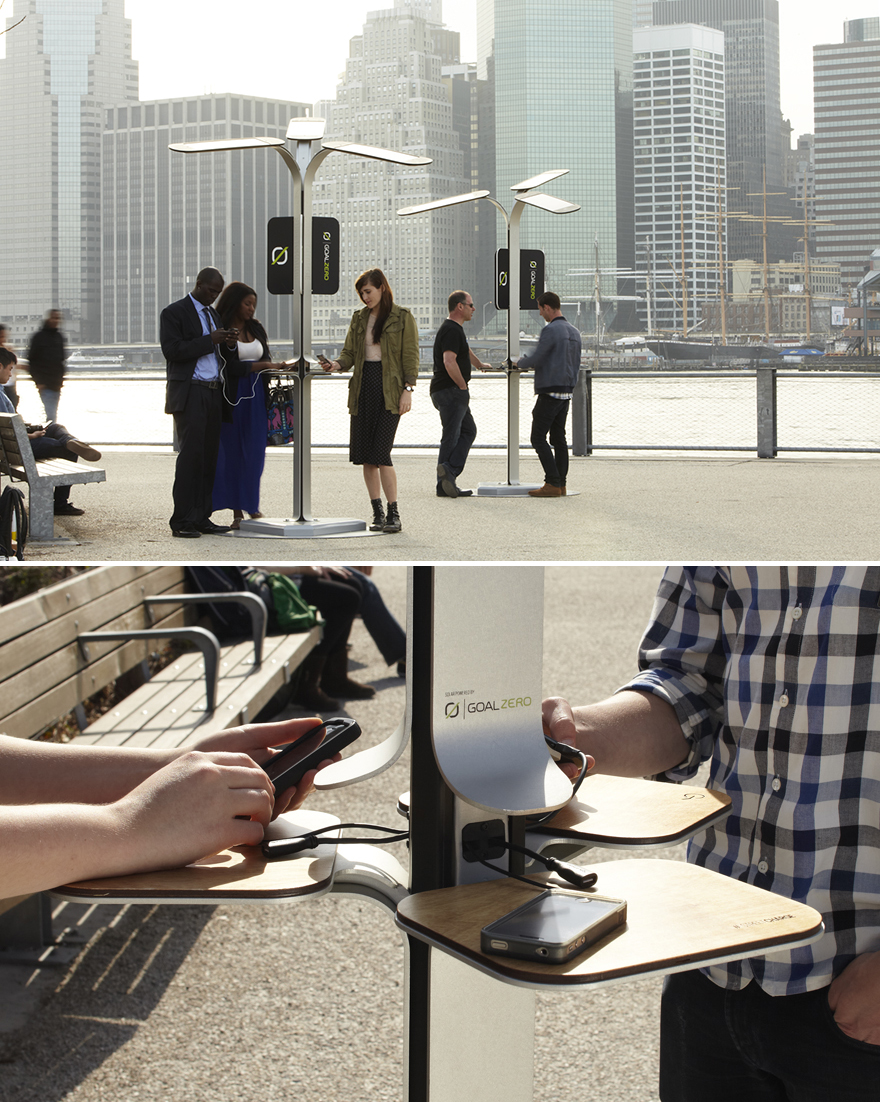 This week New York City saw the trial launch of Street Charge, a series of tree-like structures sprouting up in public spaces. And as the name suggests, they charge your phone, providing several different types of male connector. Observers will note that there's no effective way to wire these things, parked as they are in the middle of public plazas; that's why there's solar panels up top, sucking down glorious free juice from the sun. 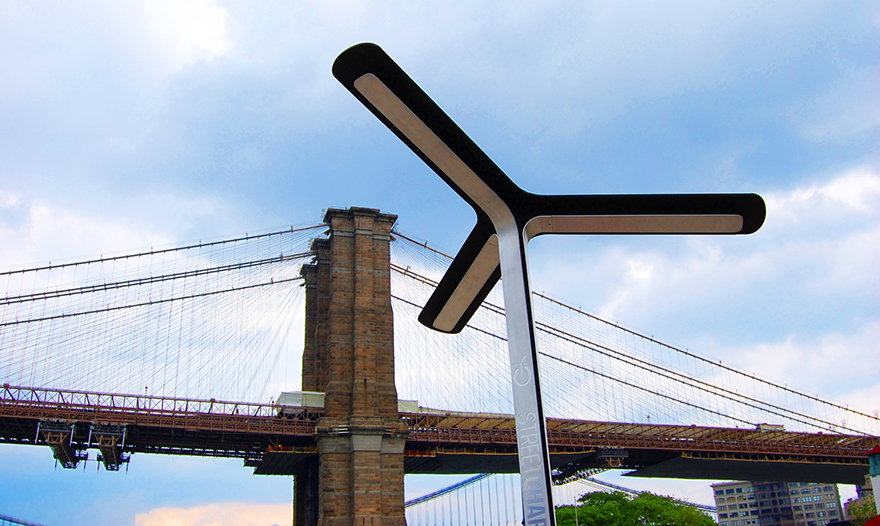 Here's the thing: Every news organization is of course calling them "AT&T Street Charge," as they are the ones sponsoring the objects, and many are reporting that the project was initially inspired by Hurricane Sandy and its attendant widespread power loss. But while AT&T's corporate muscle helped realize StreetCharge, it is of course an unsung industrial design firm who first came up with the idea—well before Sandy—and who has been toiling away behind the scenes to make the design work, in partnership with solar technology company Goal Zero. 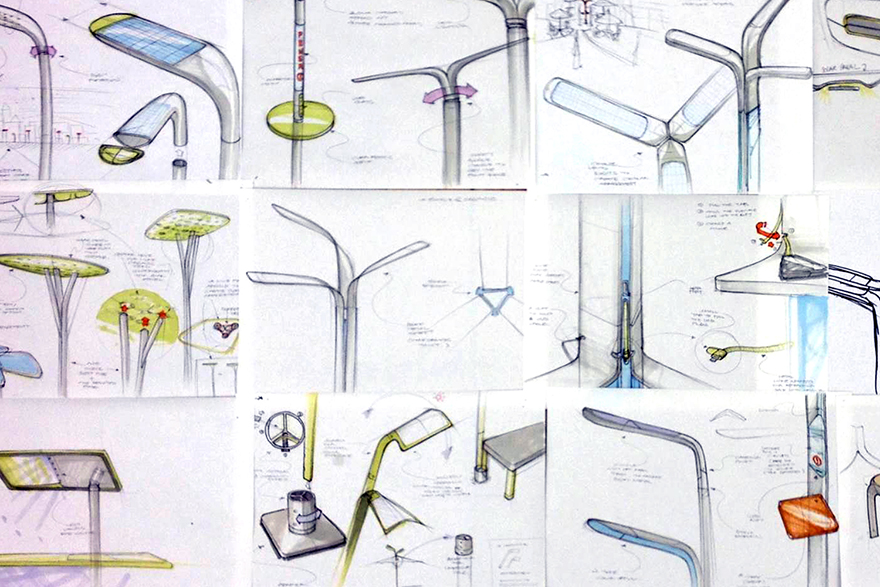 The Street Charge concept was born in the Brooklyn offices of design firm Pensa, back in early 2012. In this episode of Core77 TV, we get the inside story of Street Charge from Mark Prommel, Pensa Partner and Design Director.