Studio Akko Presents Artifacts, a Salon-Style Gathering 'Where You Can Meet Someone Who Doesn't Do What You Do' 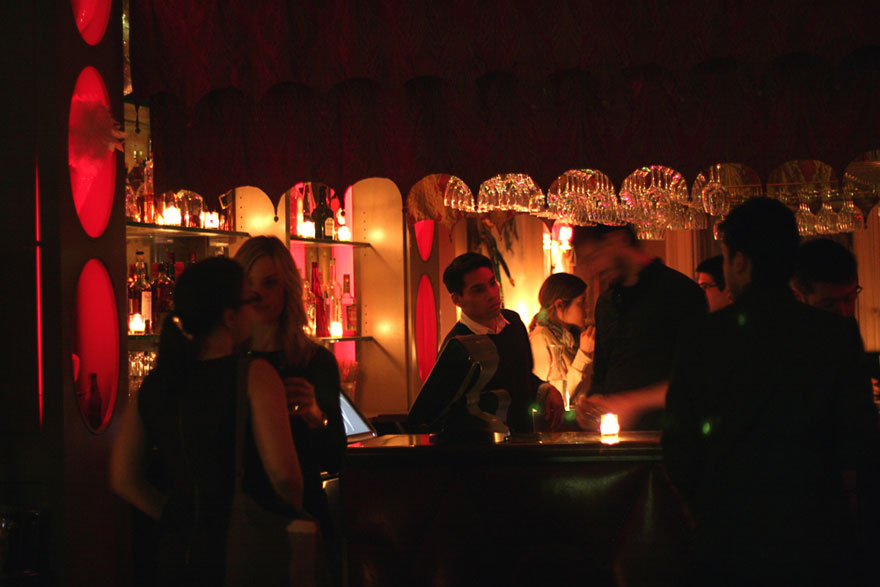 Instead of a fluorescent-bathed conference center with endless rows of chairs or a homogenous "networking mixer" at a bar with likeminded people, we sought to create an intimate happening where creative and innovative people, especially those whose work has transcended the box of traditional disciplines, can drop the pretense and posturing and connect and inspire others with short, visual bursts of inspiration, using the rich and diverse content as an excuse for libation-fueled people engage with people that "don't do what you do." 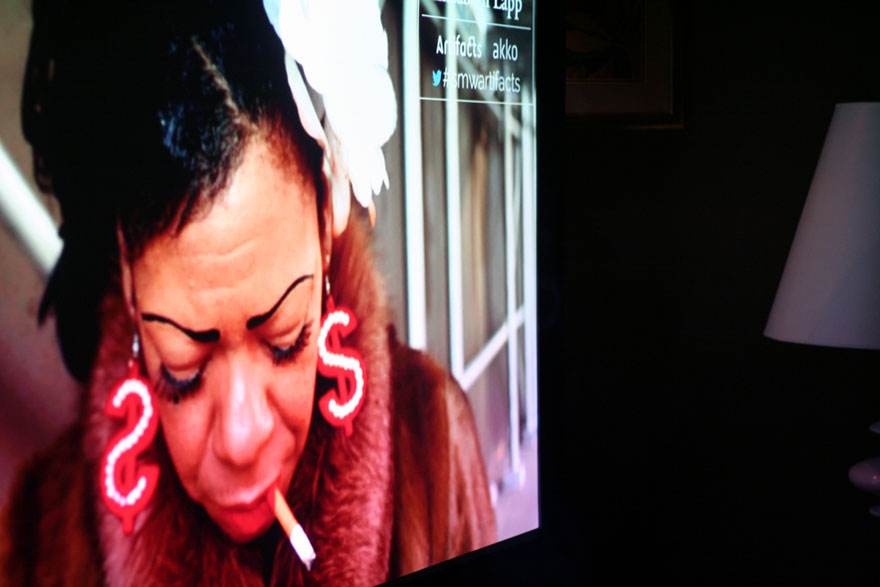 Our practice has many names depending on who you ask—user experience design, interaction design, technology innovation. At its core, our work is about connecting with people, and taps into the social sciences, creative and technical disciplines. At the convergence of left brain and right brain, people that are great in this field have to widen the pool from where they seek inspirations.

When I went to school, I studied design, art history, the fine arts, psychology, computer science, and didn't know there was a job that in the world that encompassed all of those things. I wanted to create an event that not only showcases work that doesn't fit into a discipline box, but also sparks new opportunities for people who would typically never cross paths to have a conversation and maybe make an interesting creative connection. 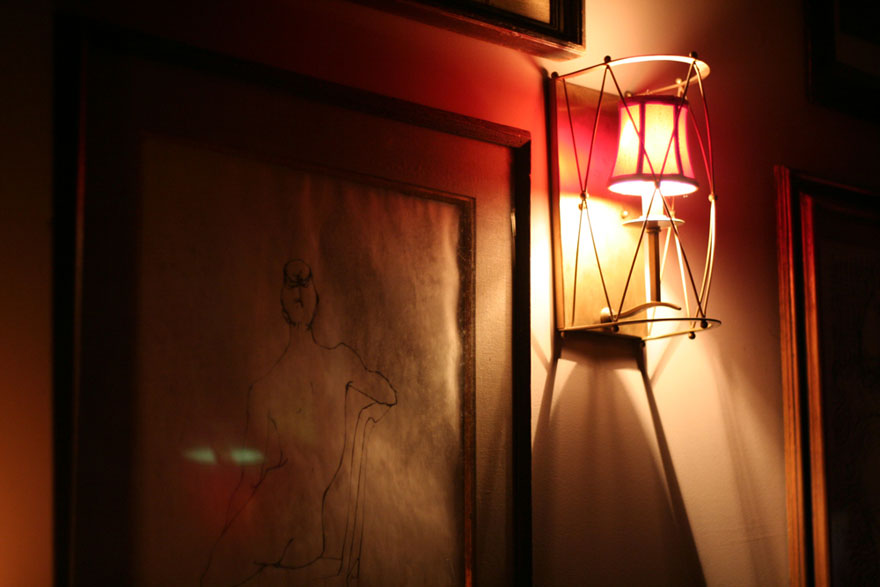 We chose Norwood as the venue because of its distinct vibe. As a members-only arts space, it is frequented by a mixed crowd of creative types such as commercial directors, actors, designers, writers, entrepreneurs and visual artists in a restored multistory Chelsea townhouse. Norwood founder Alan Linn calls the space "a home for the curious," noting that "we wanted it to seem that when you walk in the door, you're somewhere else."PLANNING

For the first event, we hand-picked the participants, ranging from commercial designers to studio artists to grads of NYC's top design schools, working in digital to analog (or both). We found many of the presenters for the February event through our social and professional networks (and the occasional recommendation), creating a roster that included curators from major museums, photographers and architects, editors and interaction designers, who were divided into three categories: Drive-Bys (short-format visual presentations), Disassembly (public critique of a work in progress), Understudy (student work).

The public critique in the latter two sections was inspired by this video of Todd Oldham using his furniture design background as a tool for insightful critique of Florida's 2000 election ballot. Presenters were encouraged to take an unabashedly personal approach to their own work, and we ensure that the event will never be recorded, so that participants can keep their stories earnest and always off-the-record.

We had released tickets in two batches, the first made up of interesting people that the team personally reached out to, and the second made up of new faces, from curators to commercial designers to coders to scientists, all drawn by the mixed backgrounds and projects on the bill. 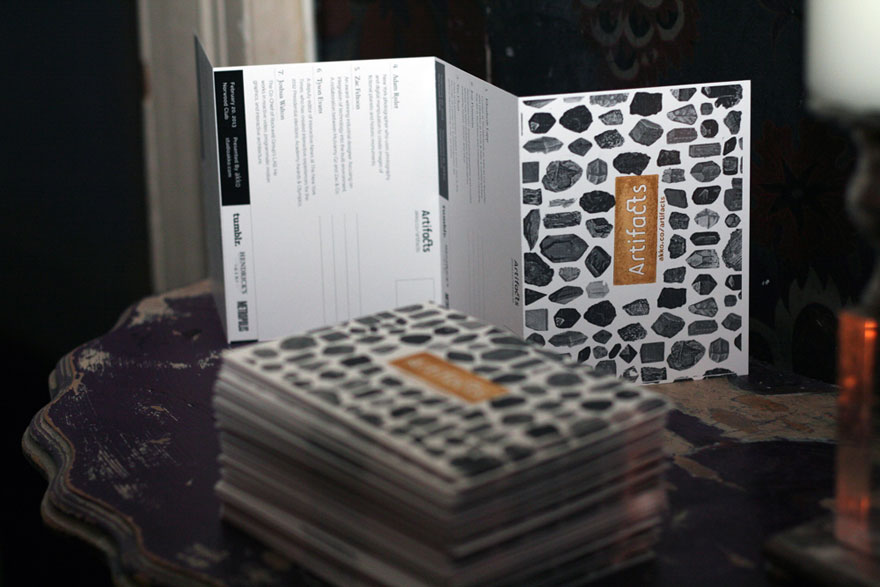 For the inaugural event, we created tickets that were essentially gold hand-stamped tri-fold cards which featured images of the events first participants, with a perforated detachable postcard to conceivably mail out to fans, proud mothers, and so on.

Upon entering the space, audience members were led up the vintage staircase to the third floor, passing a gallery's worth of paintings, sculptures and custom candelabras into a richly ornate room where participants and guests got acquainted over a cocktail or two.

About an hour into the event, I directed everyone's attention to a 6-foot projection, instructing attendees to find a spot to get cozy—couches, cross-legged on the floor, leaning up against the bar—to enjoy a whirlwind of photography, architecture, and software. 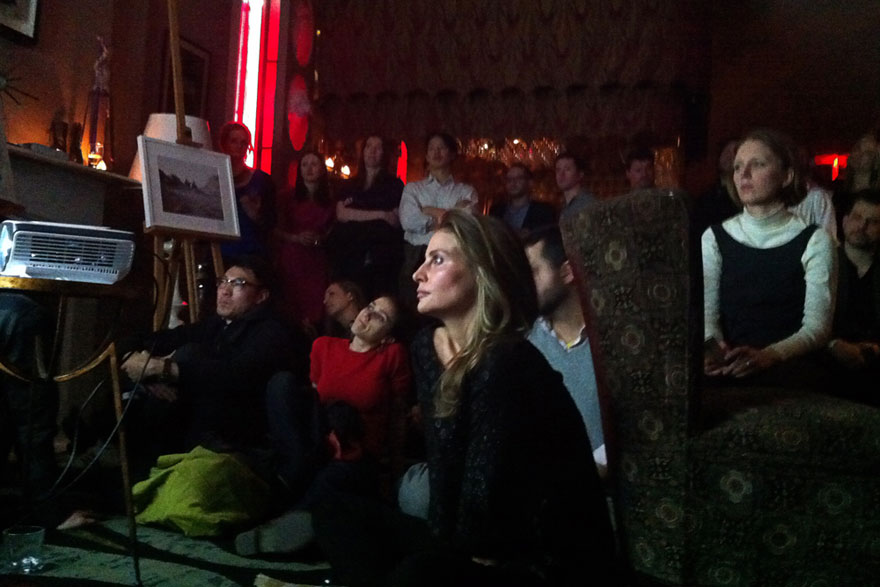 Each of the ten presenters made a short, 5-minute presentation. In a soft voice, celebrity and fashion photographer Roxanne Lowit humbly shared her journey of textile painter to photography of the stars as she displayed iconic life-size photos of Kate Moss, Marc Jacobs, and Linda Evangelista (she bought her first camera because she couldn't afford to hire models to stand still).

Tyson Evans, deputy editor of the New York Times, showcased his brand of interactive news, digitally tracking thousands of people during events like the London Olympics, the 2012 elections, and 9/11, gathering laughs when he and his team developed an interactive article that allows a reader to 'destroy' the NY Times website.

Joshua Walton exhibited interactive experiences he helped created with renowned architecture firm Rockwell, in particular the dancers who waltz across the columns of The Cosmopolitan Hotel lobby. 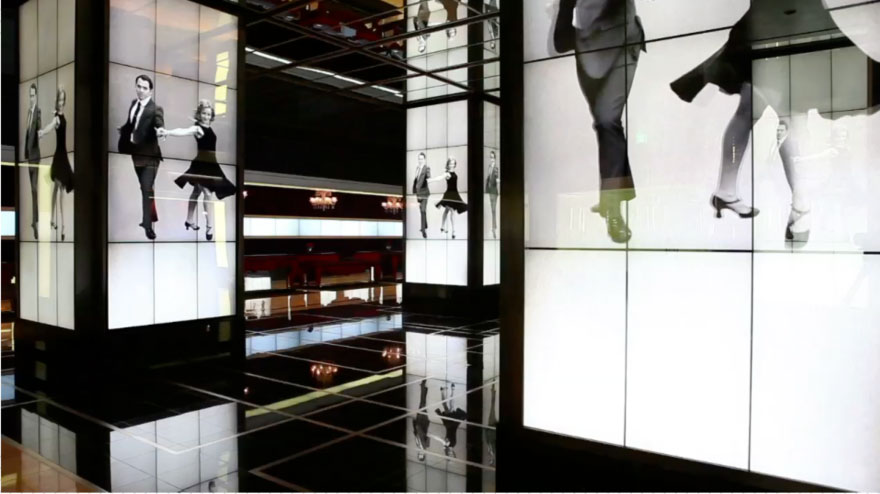 Towards the tail end of the event, Treme's Jon Batiste and the Red Hot Chili Peppers' Chad Smith started banging out tunes on the salon's piano, treating our guests to an impromptu jam session.

With the next Artifacts around the corner on next Wednesday, June 26, we have a long list of goals for future events. Although the limited venue space is intended to keep the conversation intimate, we will do our best to maximize the visibility of the presentations (especially for latecomers stuck in the back). Also, the curators whom we invited to select the participants for the first event turned out to be so accomplished in their own right that it seemed a shame to bump them to a secondary role, so we eliminated the curator concept—for now. 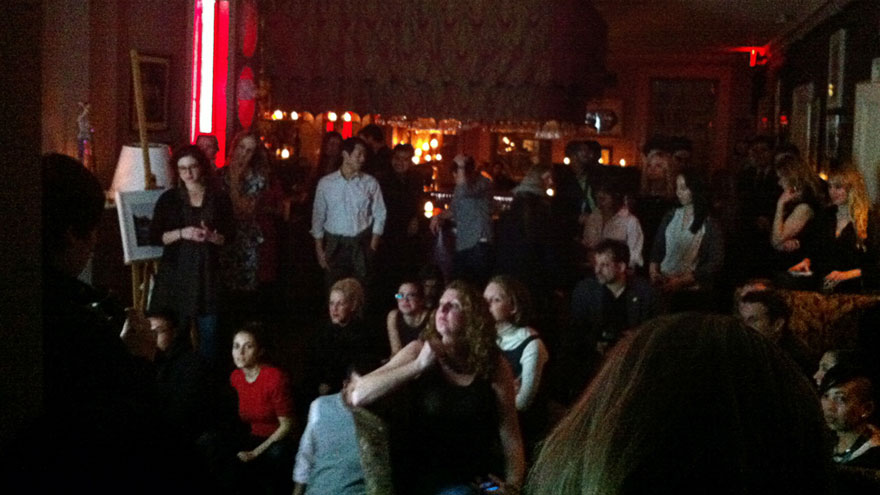 After Jon Baptiste's surprise appearance, we were inspired to feature live music during Artifacts. The next event will open with a pre-presentation "cocktail hour" with a stripped-down acoustic set by local group Midnight Moan, while NYC mixologist and food enthusiast Brian Quinn gives one-on-one demos on the art of the Pre-Prohibition cocktail.

Artifacts continues to evolve, but its goals will always be the same: to bring people together, to share personal and genuine work and ideas, to break down old silos and to form new collaborations. There may also be talk of a larger show for all of its participants, once we have a few more quarterlies under our belt—stay tuned.

About Ron Goldin CEO and Principal of Studio Akko, Ron has been working for over a decade in UX, visual design, and product strategy. He has spoken at AIGA, IxDA, and SXSW and his award-winning designs have been featured in publications such as ID Magazine, and he mentors NYC startups on design best practices.

About Studio Akko Studio Akko is a lean boutique agency that assembles exactly the right team for what you require, whether you're a Fortune 100 or an early stage startup. In two years, our teams have included design directors, senior interaction designers, motion graphics artists, content strategists, visual designers, illustrators and producers.

Studio Akko Presents Artifacts, a Salon-Style Gathering 'Where You Can Meet Someone Who Doesn't Do What You Do'