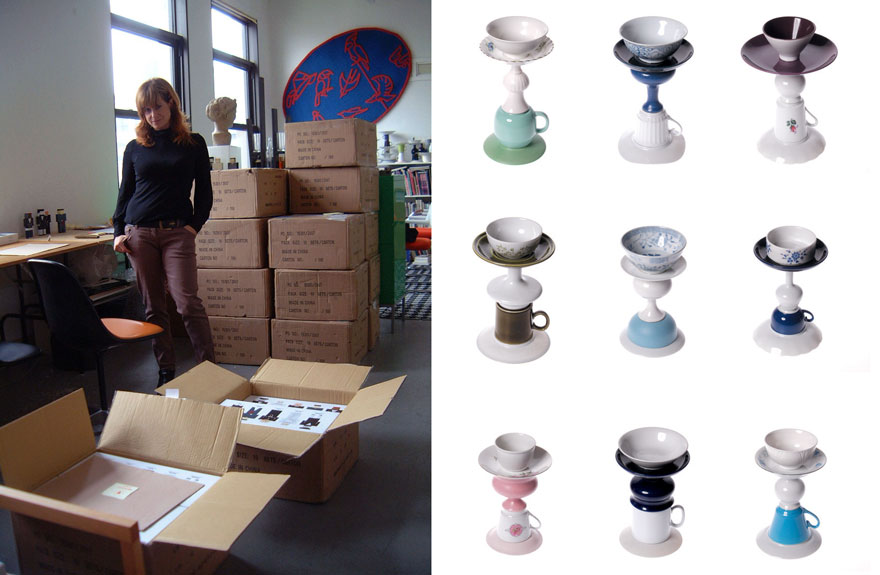 This is the fourth profile in our series on American design entrepreneurs, looking at how they got where they are, what they do all day, and what advice they have for other designers running their own businesses. Read last week's profile here.

Try everything and go where your interests lead you. That could be the underpinning business philosophy of Laurene Leon Boym, one half of Boym Partners Inc. It was in that spirit that Boym recently found herself living in Doha, Qatar, and writing design challenges for a Pan-Arabian reality TV show called Stars of Science.

"It's like the Project Runway of the Middle East," Boym says. Her 15 years as a teacher at places like Parsons The New School for Design and the School of Visual Arts helped Boym distill complicated design tasks into mini-challenges that the contestants could play out on screen.

Boym was in Doha because her husband and business partner, Constantin Boym, had been asked to direct the first graduate design program for Virginia Commonwealth University's Qatar campus. The couple uprooted and moved their design practice to the Middle East in 2010 and only recently returned to New York City. Boym is now writing a book about being an expat designer in Qatar, where the discipline of design is still in the nascent stages. "It's a very new society over there," she says. 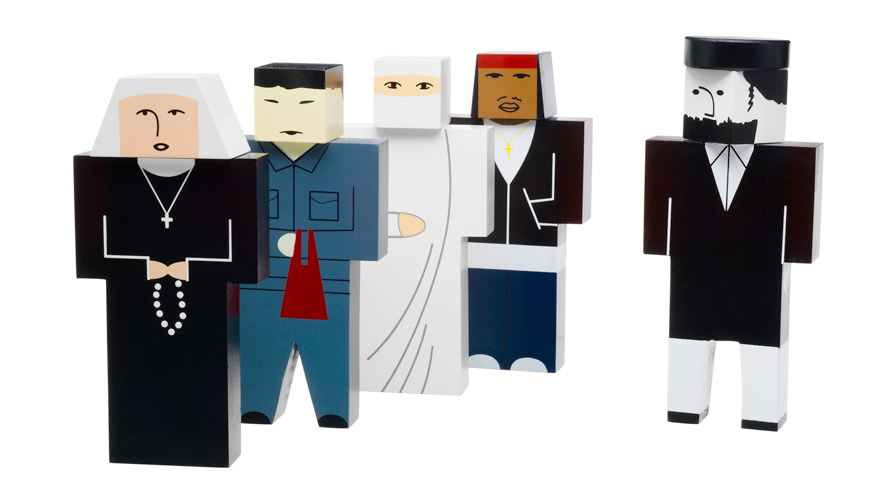 Writing is just one of the many aspects of Boym's design practice. She is also a product designer for clients like Alessi and Swatch; a consultant to international businesses and cultural organizations; a curator and an exhibiting artist for major museums; and a teacher, lecturer, critic, mentor. And, of course, she is the designer of quirky objects that fall somewhere between products and artworks: The Boyms' series Buildings of Disaster, which included miniature replicas of Chernobyl and the Unabomber's cabin, is in the collection of the Museum of Modern Art. Boym also founded the Association of Women Industrial Designers in 1992 because "when I started out, there weren't as many women in the profession," she says.Boym has always seen design as a multipronged discipline that influences all aspects of life, from urban plans to coffee mugs, and this informed her business ethos. When she joined Boym Partners in 1995—Constantin founded the studio in 1986—"we never said that we're just going to design," Boym says. "We decided, instead, to explore all of the different ways we can be relevant to the community, like working with cultural institutions, writing, teaching. The idea is to be as broad as possible." 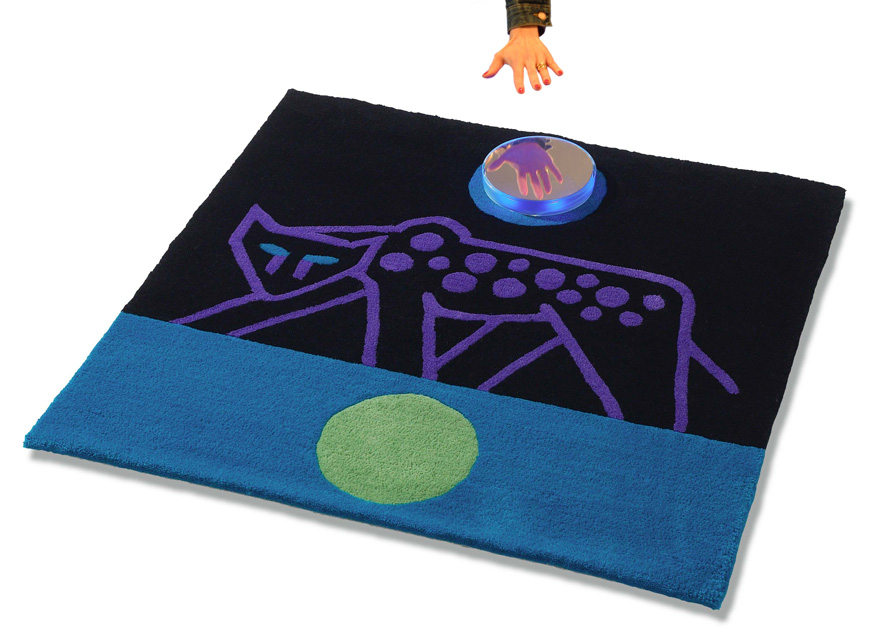 Born in New York in 1964, Boym was reared and educated in the city—art classes starting at age 6, a B.F.A. from the School of Visual Arts in 1984 and a Masters of Industrial Design from Brooklyn's Pratt Institute in 1993. She began as an artist, but soon after graduating from SVA, became interested in design. "It was an organic sort of thing," she says. "I was working on painted furniture pieces and I went from picking up chairs on the street to saying, 'I really need to make this chair myself.'"

Evolving into a multifaceted designer and businessperson didn't happen overnight. "I wasn't this fully formed person out of design school," Boym says. "If you're going to be a designer, you're going to ripen and develop. Certain attributes are going to come to the forefront. A lot of stuff that I have interest in finds its way into my work."

Like humor. "I didn't understand at the outset that design could be really funny," she says. "Constantin and I inserted humor in our work and suddenly we have this company where we make miniature buildings! Being a designer didn't mean that you had to be at your desk designing shampoo bottles all day. You could make your own objects; you could dare to put your own personality into your work."

This juggling of jobs accounts for Boym's business success, she says. "Teaching makes you a better designer. You have to articulate your thoughts and if you can articulate your thoughts, then anyone can take direction from you," she says. "It also helps you communicate with clients, because it's your job to convince a client that a solution should go a certain way in order to meet their needs." 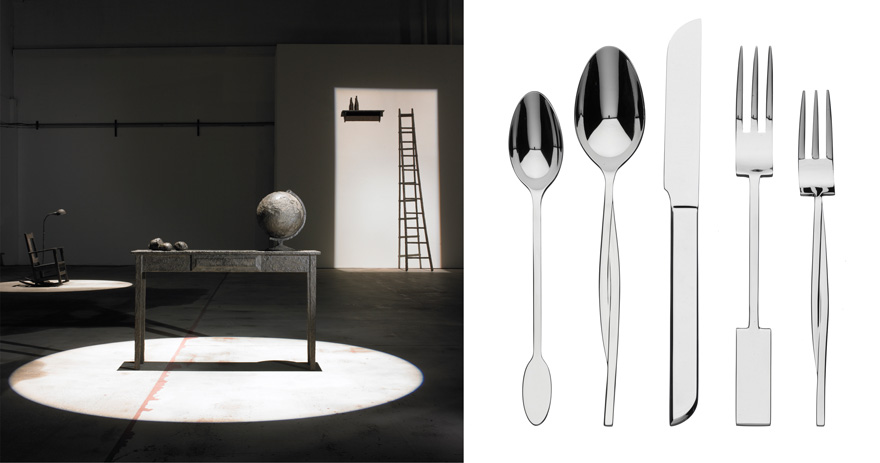 An installation of the Boyms' Timeless Objects collection (left) and Hybrids, an intentionally mismatched flatware pattern for Gourmet Settings

Today, Boym says she splits her work time in roughly three ways. About 70 percent is spent on actual design—right now, mostly client-based work, although Boym says that she is also starting a new product line that will be similar to Building of Disaster. Writing occupies another 20 percent of her time, and the final 10 percent is taken up by her education and public-outreach activities.

Boym is also "very active" on Twitter and believes that social media has become an invaluable component in the design process. "Don't you want to know how Philippe Starck thinks through his Twitter feed?" she asks. "Social media can become a good partner in putting out your point of view without the hard sell."

Her advice to young designers is to take advantage of this new social-media space when launching a business. "Kickstarter wasn't around when I started, and Constantin and I invested a lot of our own funds into making our editions," Boym says. "Now it's much easier. The society is primed and receptive to supporting design entrepreneurs and there are all of these mechanisms out there that you have to advantage of."

Entering the fray is one thing, but standing out is another. "Quality is really huge and people underestimate how much people want quality from their design," Boym says. "Also uniqueness. We have a point of view in our business and that has been important to our success. It's hard getting your voice out there, but once it's out there, it's easier."