I think most of us grow up with the assumption that one or both of our parents are entirely qualified to administer first aid, or at least enough to tend to our 'boo-boos,' and 'ouchies' as we learn the laws of physics the hard way. While I certainly hope that mom and pop have a basic knowledge of how to clean and dress a wound, there comes a point where one must learn to do so by him or herself. And even if one knows what and how he or she needs to do in order to treat a cut or scrape, there's also the matter of actually tearing packaging and unscrewing caps, which can get messy if the wound is on one's hand, as is often the case in, say, the kitchen. Enter Gabriele Meldaikyte's redesigned Home First Aid Kit.The design of the traditional first aid kit fails to address how they function in real life and are frequently used by someone who has no medical training. I have created this first aid kit framework that can be expanded according to personal requirements. It could be used in the domestic environment or as an educational tool for nurseries, schools etc.

Burns, minor scratches and deep cuts to the hands are common injuries in the kitchen, which occur while cooking and preparing food. The first aid kit has been created for use with one hand only, so that a hand injury can be independently and efficiently treated, even if the accident occurred whilst you were alone. 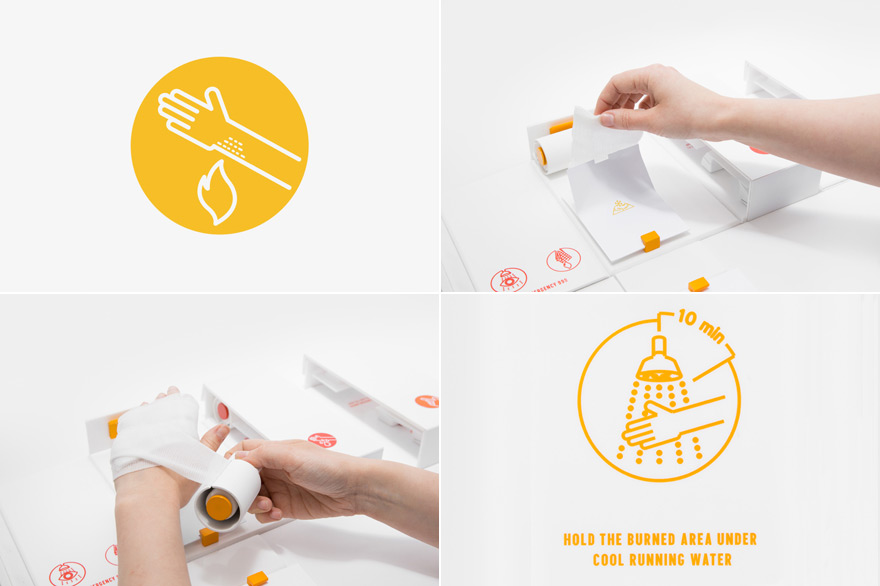 Where the recent RCA grad's previously-seen "Multi-Touch Gestures" was a conceptual take on screen-based interaction design, the "Home First Aid Kit" is a rather more practical project—equally considered to be sure, but decidedly more pragmatic in terms of real-world applications.My design divides the first aid kit according to particular injuries: Burns/scalds are marked in yellow colour, minor cuts/scratches are in orange and bleeding/deep cuts are red. Every injury is described in steps, guiding the casualty through the treatment process. I have provided special tools to enable this one-handed treatment. These include a bandage applicator, where bandage can be applied much faster and can be cut off with integrated blades (replacing scissors). A plaster and dressing applicator that works like a stamp: where you tear off the top protection layer and then you stamp it on the cut, with the remaining layer working as a protection for the next plaster etc.

My home first aid kit makes you be aware of the content of it, so it's easy to see what is missing and which elements have to be replaced, as an empty space is marked with the same pictogram as missing product. 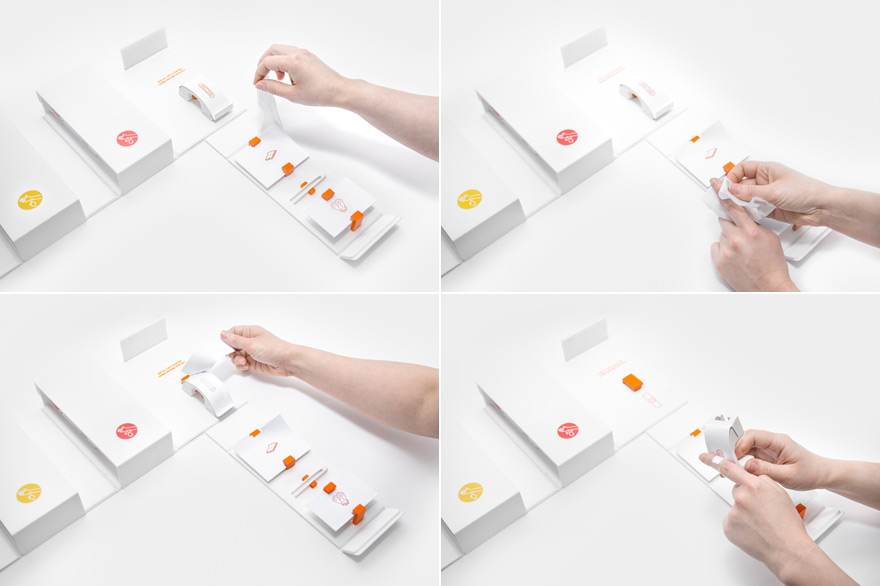 Nerijus Keblys provided his graphic design services (which flatteringly resemble certain identity elements on our sister portfolio site Coroflot, if I do say so myself); photography is credited to: Christian Schmeer. 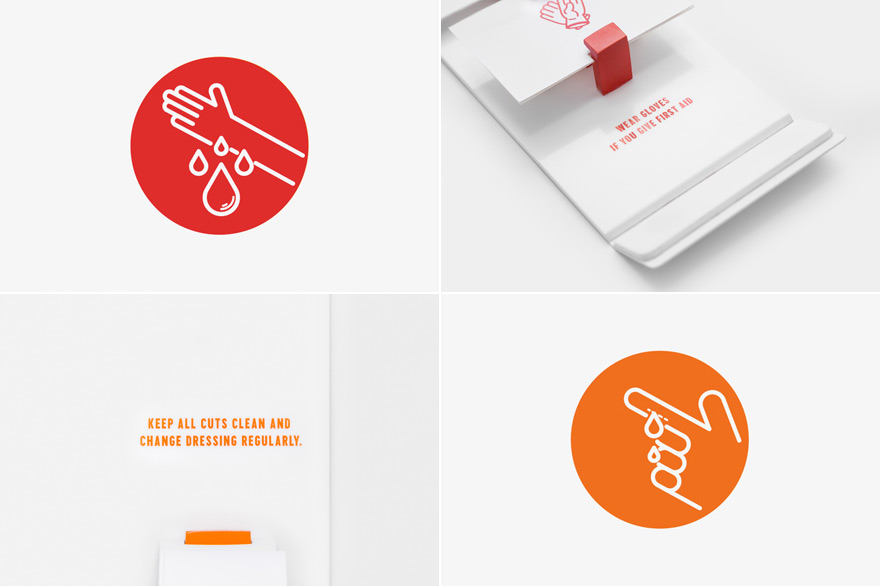 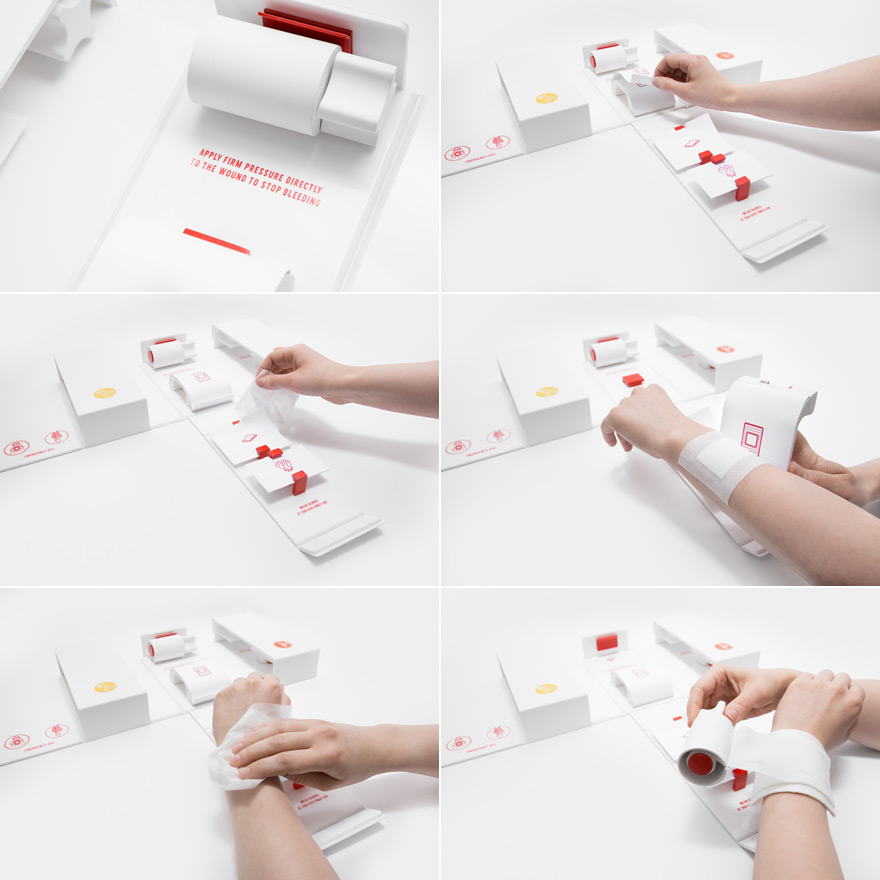