Flotspotting: U. of Glasgow Team's Horizon Modular Airplane System Looks Even Better than the Clip-Air

Following our entry on the Clip-Air modular airplane concept, eagle-eyed reader Danny Harkin pointed out that he'd seen a similar concept—in the pages of our very own Coroflot. Turns out Mason Holden, Ewan Alston, Andrew Flynn and Martin Keane, all Product Design Engineering students at the University of Glasgow, worked on an Airbus-sponsored project for aviation conglomerate Bauhaus Luftfahrt with a similar solution.

Similar though they may be, and apparently developed separately, the U. of Glasgow project is much better-presented, a little more deeply thought out, and certainly contains stronger renderings than the Clip-Air pitch. The Horizon System, as the U. of Glasgow project is called, features passenger pods kitted out like actual passenger trains; these circulate on an elevated track throughout the city center, taking on riders closer to home.

These train-like pods then congregate at the airport, where they begin hurtling down the runway in synchronicity with an approaching "flying wing"-style aircraft. 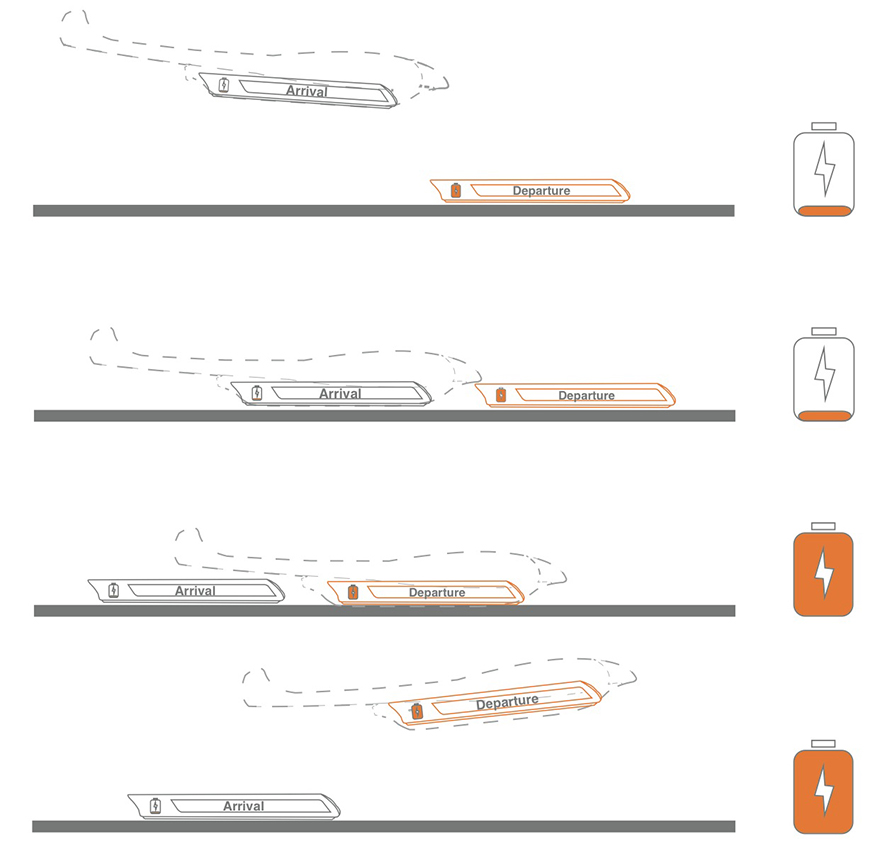 The in-flight experience is also a bit better-conceived than the Clip-Air concept. With the Horizon, passengers have some means of accessing the main aircraft from their individual pods. The center front of the aircraft is kitted out with a lounge-type environment. Perhaps the entire craft is a pilotless drone, or the cockpit is off to one side. 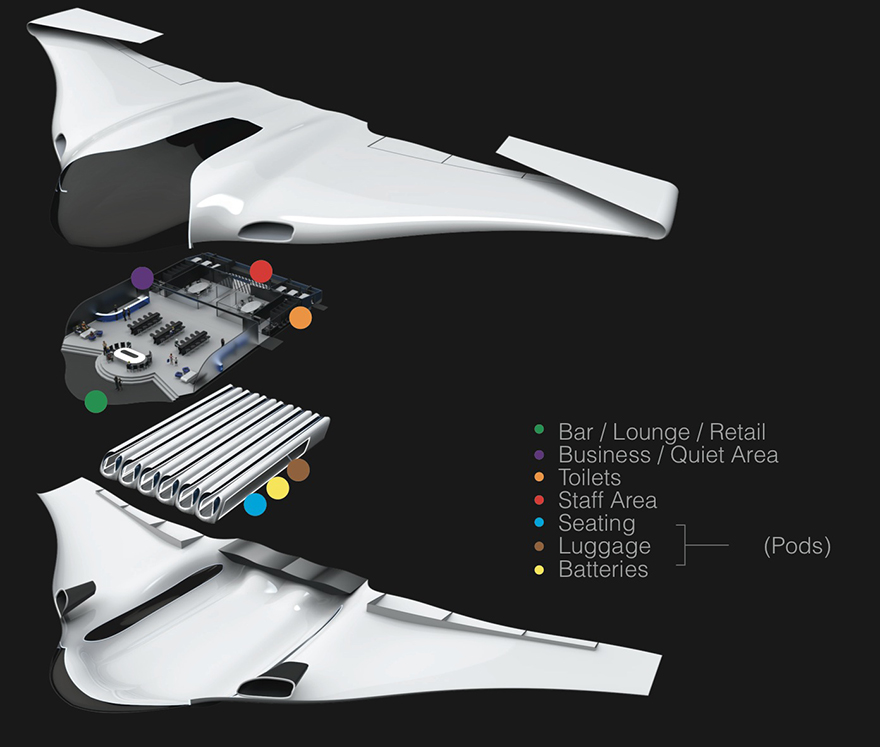 Still not impressed? Check out the pitch video that the U. of Glasgow team produced: