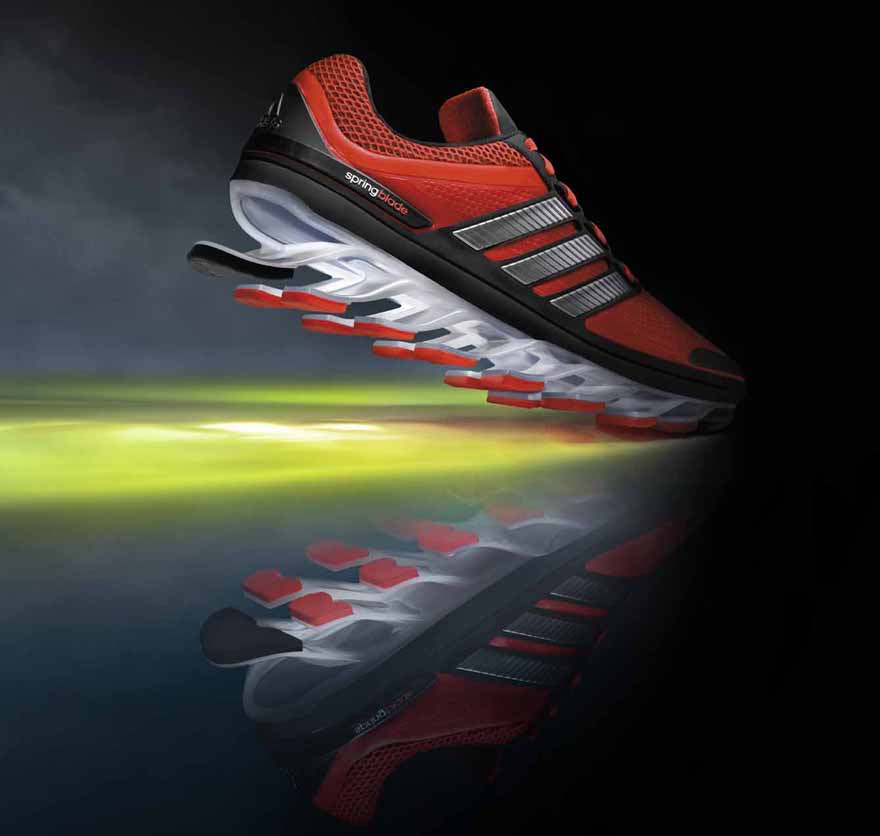 Perhaps more so than with other design industries, we love seeing the kooky stuff that sneaker designers come up with. It's an industry backed by well-financed corporations that give designers access to all sorts of materials, a bit like the auto industry. But unlike the auto industry, sneakers are relatively short-lived products with retail prices in the hundreds, not the tens of thousands, so designers have more leeway to try crazy stuff; and if it doesn't stick, it'll wash away in a few more product cycles. That's good for experimentation and increasing the possibility of achieving some kind of radical breakthrough.

On August 1st Adidas will be releasing their $180 Springblade sneakers, which feature "individually tuned blades engineered to help propel runners forward with one of the most effective energy returns in the industry." These have to be the wildest-looking footwear design since Reebok's knobby ATV 19+. The Springblade's sixteen polymer fins, blades, flaps, whatever you want to call them, are meant to help turn downward force into forward motion, and Adidas' Innovation Team reportedly tested "hundreds of materials" to get the desired bounce. 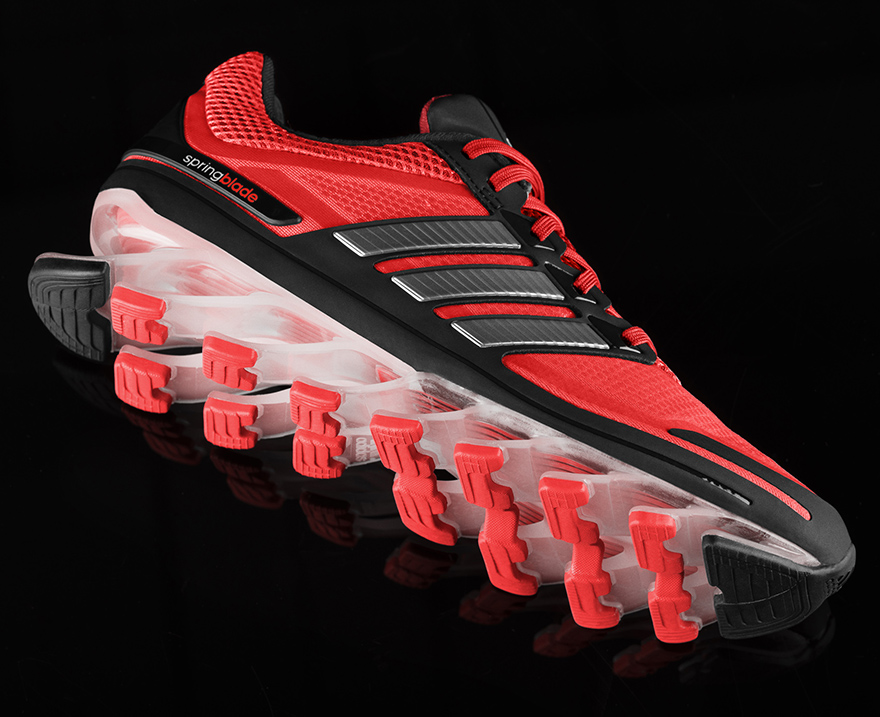 Skeptics will devise reasons for why Springblades wouldn't work; we'd respond that we don't care. It's the experimentation and latitude afforded to designers that turns us on. What other design industry has such high visibility, accessibility, high-end production, and is willing to take such risks? 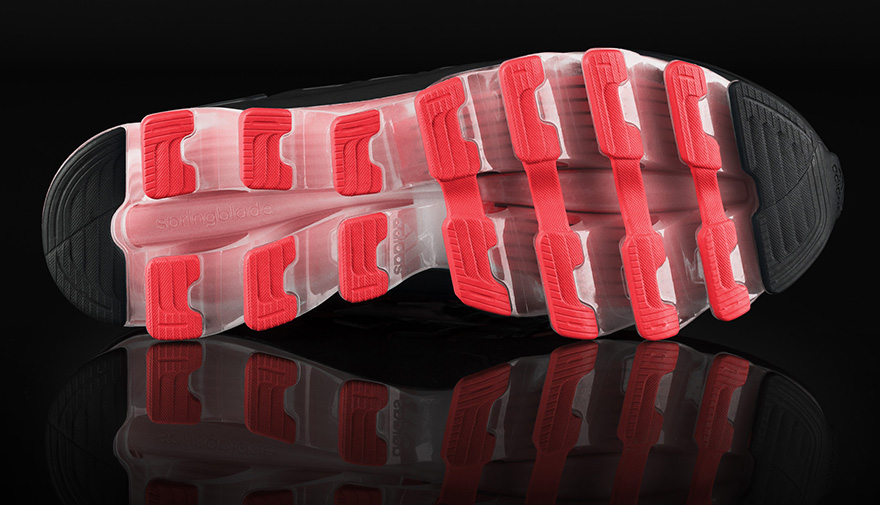 "For design inspiration, we drew upon everyday objects that deliver explosive energy return," says James Carnes, Adidas' Global Creative Director of Performance. "Everything from springboards to pole vaults and motorcycle suspensions." Those of us who've worked in the more staid branches of industrial design—package design, exhibit, consumer electronics, etc.—have also utilized unusual sources of inspiration, and watched as every last ounce of radicalness was squeezed out of it around a conference table. But the lucky bastards at a select few footwear companies have the freedom to let their imaginations literally run wild.