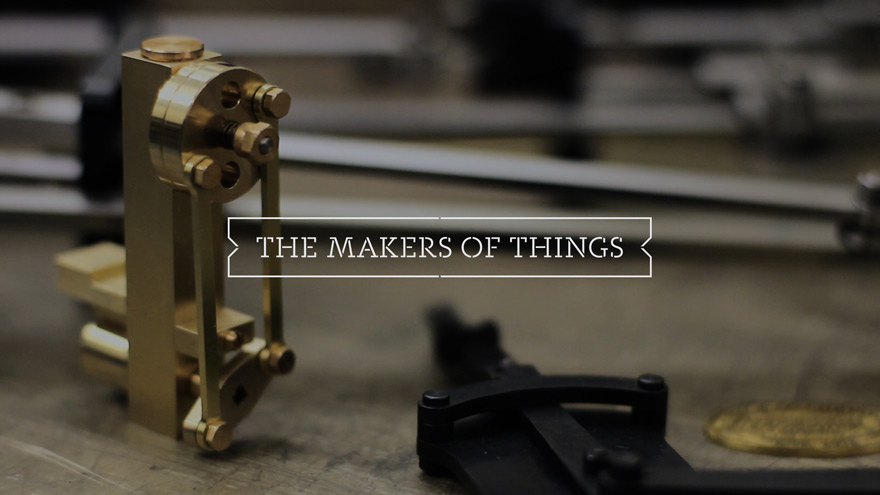 For better or for worse, we've grown a bit skeptical about the ever-popular making/manufacturing videos that seem to be par for the course for any remotely heritage brand / artisanal crafting concern / handmade thing these days. Which is not to say that there aren't good ones out there: as a recently-launched series of short fims entitled "The Makers of Things" beautifully captures the spirit of making without compromising the integrity of its subject matter—not least because these fellows have been at it for decades longer than most, offering an intimate picture of what a "lifetime of making things looks like."

Filmmaker Anne Hollowday has spent the past year producing the series of four short films documenting the work of the remarkable Society for Model and Experimental Engineers (SMEE). "Their common tools and methods mask a huge array of interests and skills, from experimental tinkerers to woodworkers and librarians, all brought together under the roof of their South London headquarters."Established in the UK in 1898 by Percival Marshall, the Society has survived two world wars as well as the introduction of technology barely dreamed about at the beginning of the 20th century. It now has hundreds of members from across the world, all united by their passion for making and creating.

No. 2: The Problem Solver
Since she first met the London-based community of makers in January 2012, Hollowday—who also goes by the homophonic nom de plume Anne Holiday—secured funding from support from IdeasTap, allowing her to "turn a hobby project into something more substantial."
No. 3: The Model Engineer

Her efforts and attention to detail have paid off, and I certainly hope that the series will continue beyond the four short films seen here.