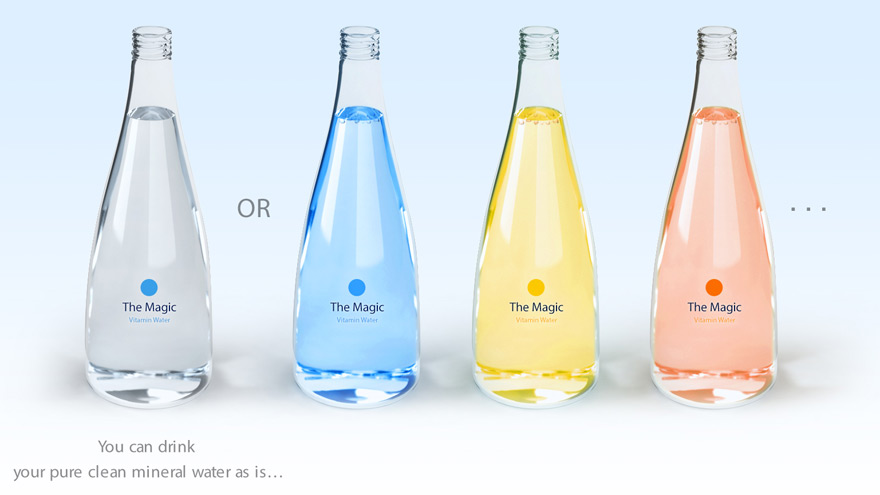 South Korean designer Sungi Kim recently sent over an intriguing concept for a bottle design with a built-in tablet dispenser. "Make sure you have clean, safe water and when desired, press the cap to release the hidden vitamin tablet and voila, simply magic."

It's an interesting take on water additives, and while my initial thought was that the pressurized container would preclude a push-top system (as in sealed jelly jars), but I suppose the solution would be to partially open the bottle and release the tablet, then reseal it and agitate as needed. However, our own hipstomp—a sometime packaging designer—has another concern:...what they've drawn up wouldn't work—if stacked in pallets for shipping, the weight of the bottles above would dispense the pills in the bottles below—I believe it's possible, with some kind of blisterpack integrated in a recessed way inside the cap. Though it might be prohibitively expensive. Then again, Japan has a reputation for creating expensive bottles, and I imagine South Korea probably keeps pace. 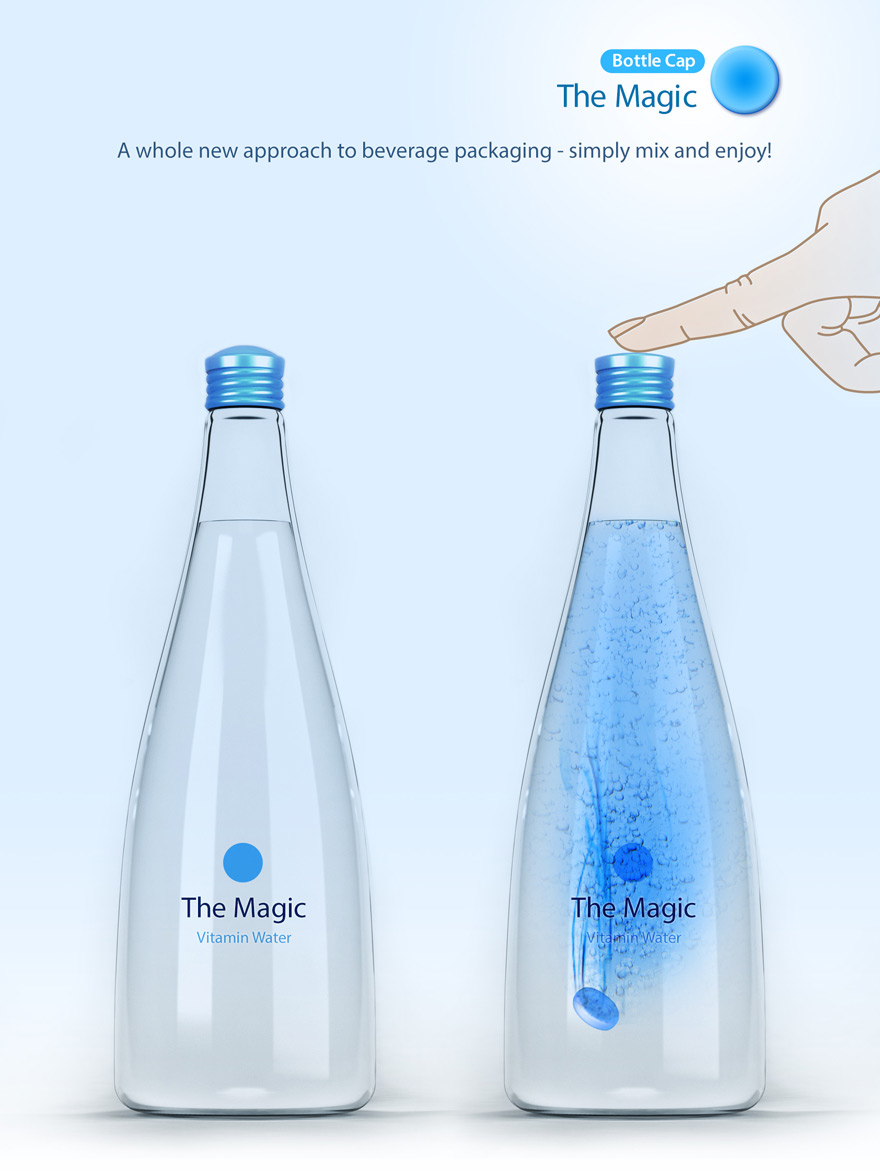 Clever packaging is definitely a selling point, but let's face it, when you're trying to sell plain ol' water, you really just need a quasi-viral marketing campaign: