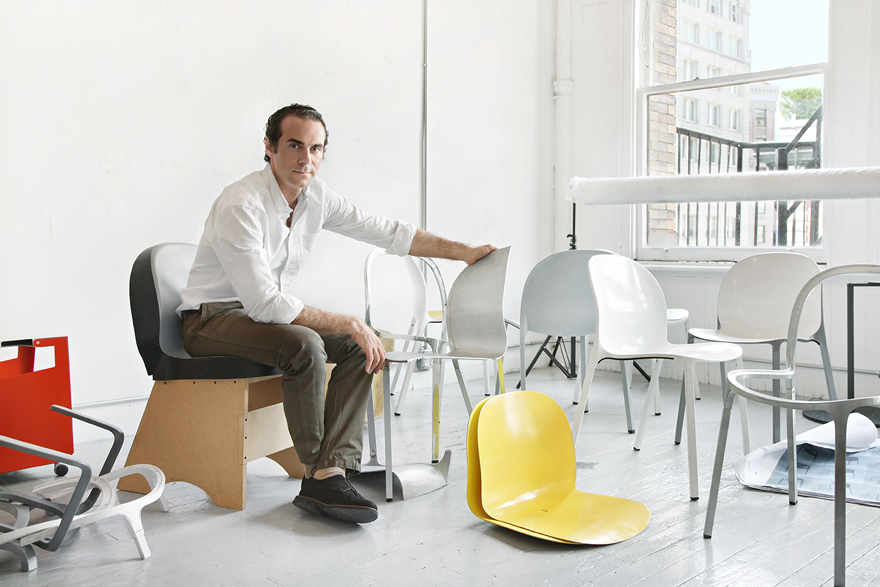 This is the fifth profile in our series on American design entrepreneurs, looking at how they got where they are, what they do all day, and what advice they have for other designers running their own businesses. Read last week's profile here.

Jonathan Olivares wants to let you in on a secret. "Los Angeles is the largest industrial center in the U.S., and you can basically get anything made here fast, cheap and with a smile," he says.

This comes in handy if, like Olivares, you employ a rigorous prototyping process for your furniture designs, as he did when developing the new OAC chair for Knoll. The outdoor stacking chair is made of thin cast aluminum and "we made 50 prototypes," Olivares, 31, says. "We have great aluminum foundries out here."

When Olivares launched his company, Jonathan Olivares Design Research (JODR), in 2006, he knew that he wanted to build relationships with clients in order to design mass-produced objects, in the spirit of designers like Charles and Ray Eames. "I like the idea of serial production," he says, "and of getting something that's the result of advanced technology and getting it at a good price and making lots of them." 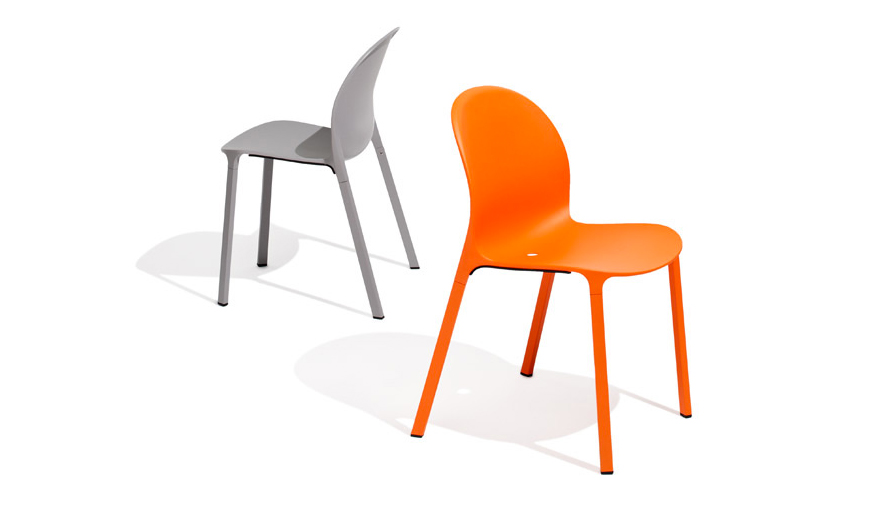 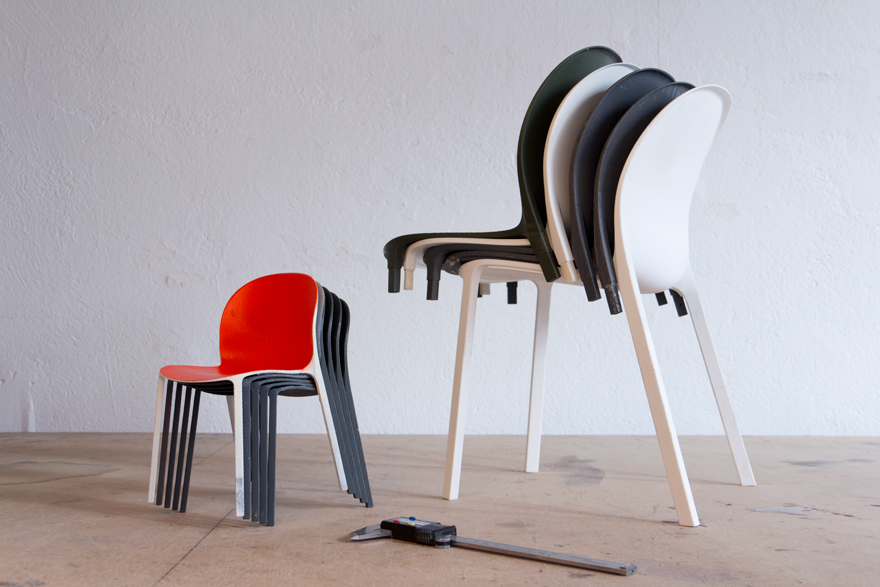 Above and below: OAC models 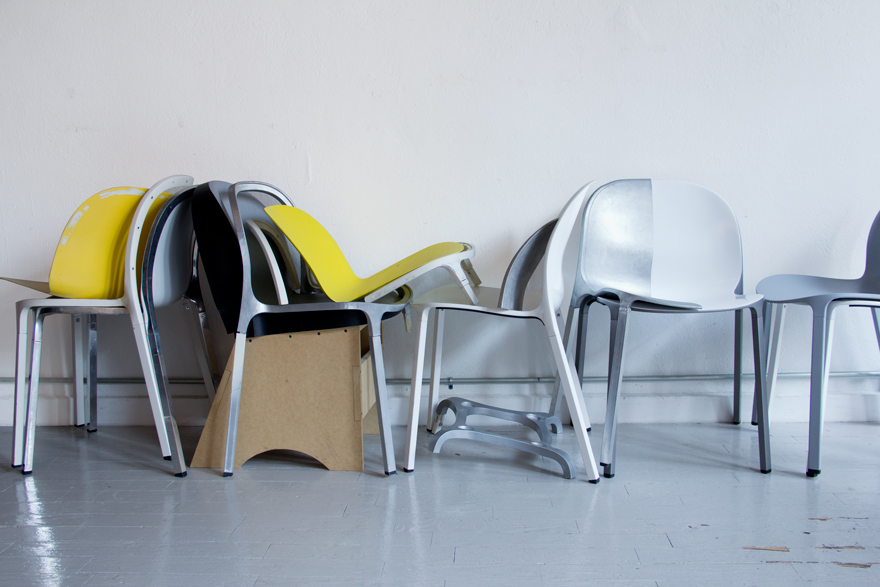 Olivares started JODR in his mother's garage in Boston less than 18 months out of Pratt Institute's industrial design program. He had just returned from a post-graduate apprenticeship with the Munich-based designer Konstantin Grcic. Olivares says that he went abroad after Pratt because, "if you go back to 2005, and you look at what the American furniture companies were doing, there wasn't as much action as there is now. Back then it was dismal."Under Grcic, Olivares worked on projects for Muji and the Museum Boijmans Van Beuningen in Rotterdam. He also researched and wrote about design, and Grcic connected him with the editors at Domus, who would give Olivares a number of major writing gigs. Olivares thinks of himself as a writer and a researcher as much as a designer, and those three elements form the basis of his business. "In fact, the way that I financed the office has largely been through writing and research projects," he says. "I would be lying to say that my design studio always paid for itself."

Domus first hired Olivares to write a story on the state of the U.S. furniture industry, and this assignment connected him with Benjamin Pardo, the design director at Knoll. The two hit it off. Several months later, they bumped into each other at the Milan Furniture Fair and had lunch. "That turned into my first commission for Knoll," Olivares says.

That commission was not a piece of furniture, however, but an international research project. With funding from Knoll, Olivares would spend the next two years traveling the world researching the history of the office chair; the material he gathered eventually became the basis for the book A Taxonomy of Office Chairs, published in 2011. He believes that much of his success today can be attributed to networking with people like Pardo in person. "I have never been approached by a company out of the blue that I thought was worth working for," Olivares says. "It's always been about seeking out people you have things in common with and being curious and spending time to develop friendships." 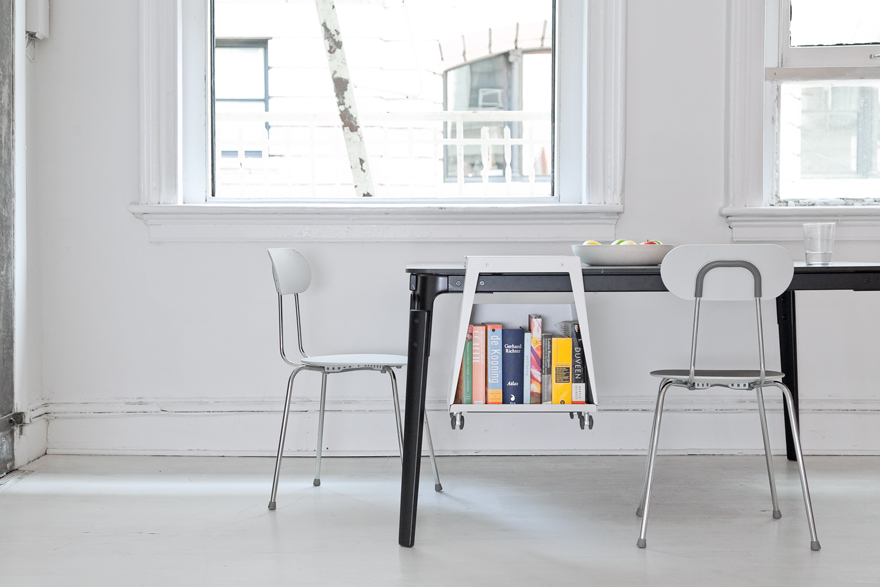 Olivares won Italy's prestigious Compasso d'Oro for Smith, a rolling storage unit that can be used as a stool or side table—or attached to a table. 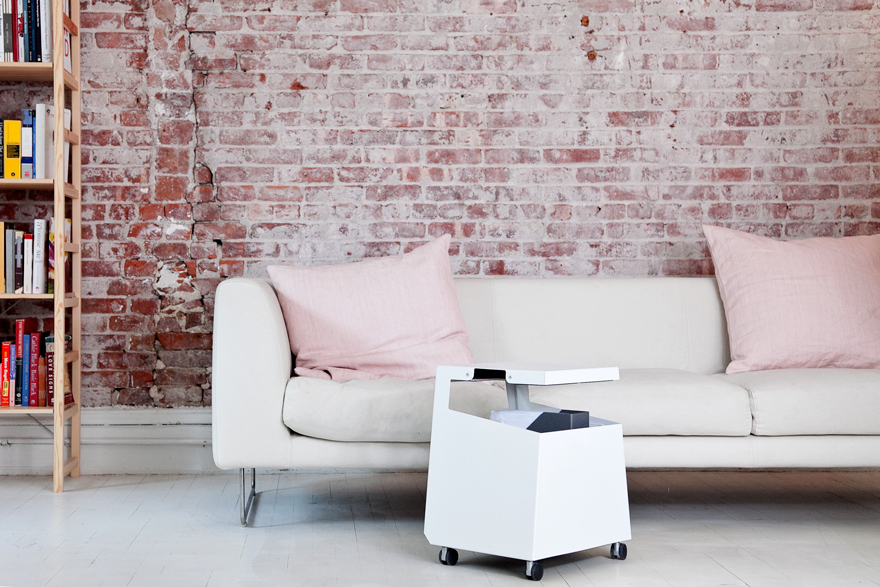 In addition to design, writing and research for clients and editors, Olivares also produces exhibitions, including 2011's The Outdoor Office, which examined some possible ways to create functional outdoor work environments. This self-initiated project was funded in part by the Graham Foundation; when asked if grant support is an integral part of JODR's bottom line, Olivares says that it's actually the moral support that is most valuable. "I believe in the client relationship, so when I do a project with no client, it's important for someone to tell me that I'm not alone," Olivares says. "I may not have continued to work on it if someone smart hadn't looked at it and said they found it worthwhile."

Even though The Outdoor Office garnered significant press and an overall positive reaction, Olivares now admits that "it's one of my least favorite projects because it was so hypothetical. The research was strong, but real-world clients did not inform the designs. A designer working alone is inventing his or her own problems. Design should be circulated in the world."

As a contrast, Olivares points to the airport seating designed by the Eameses. "That was a game-changing thing," Olivares says. "They really designed to how people sit in airports, and every day millions of people sit in that way. There is this enormous responsibility that comes with that kind of decision making."

The furniture-design side of Olivares's practice got a boost of recognition in 2011 when the Smith multipurpose cart, JODR's first product for Danese Milano, won Italy's prestigious Compasso d'Oro award. "Winning an award like that at an age like mine was definitely important," he says. But he warns young designers not to let awards dictate future work: "Awards can have a very negative effect in the sense that you feel a little trapped, like you need to create the same type of work."

Olivares realized early that the best litmus for his success was whether he felt excited. "How much am I enjoying my work? The answer to that is a measure of how successful my work will be," he says. 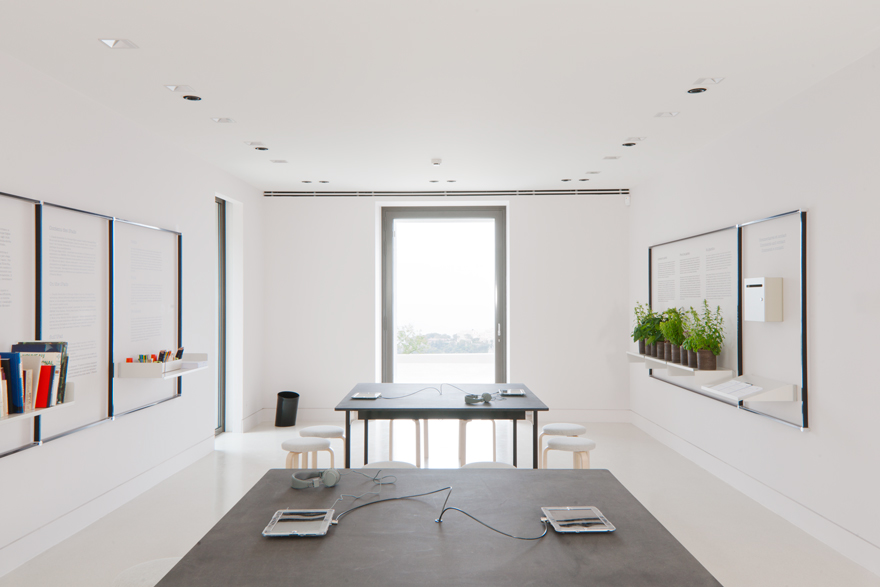 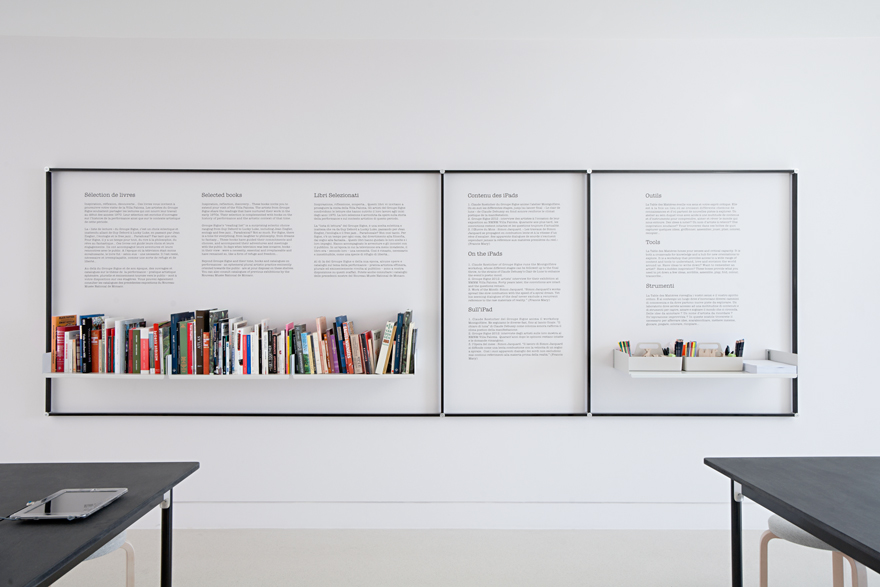 Asked for his advice to fledgling design entrepreneurs, Olivares says that you don't necessarily have to follow the apprenticeship model. "Don't start where you don't want to," he says. "Don't think that you need to start at the bottom and work your way up. Design doesn't work that way. If you are capable and you are ready, you can start where you want to. Just do it effectively."

Part of being effective is recognizing the complexity of running a business today. "An adviser at school once said that to start a business you just need $10,000 and a good lawyer, and that's totally bullshit. He couldn't have been farther off from reality." Being successful, Olivares says, requires getting organized, staying lean with your finances, and prioritizing personal concerns. "You need to think long-term," he advises. "You can't think month-to-month. Your first priority should be your savings account and your health insurance over hiring a new person because you want to do more work. It took way too long before I realized that I needed to take care of myself."

Finally, he says, set up shop in the place that best supports your business goals. For Olivares, that means having resources like a hydroforming plant nearby—which is why the native East Coaster decamped from New York City to L.A. last year. "I want to be able to drive to the best high-tech factory in 35 minutes, not take a plane to Rochester and have it take a whole day."