Video of Robots (and Good Ol' Boys) Getting Into Cars 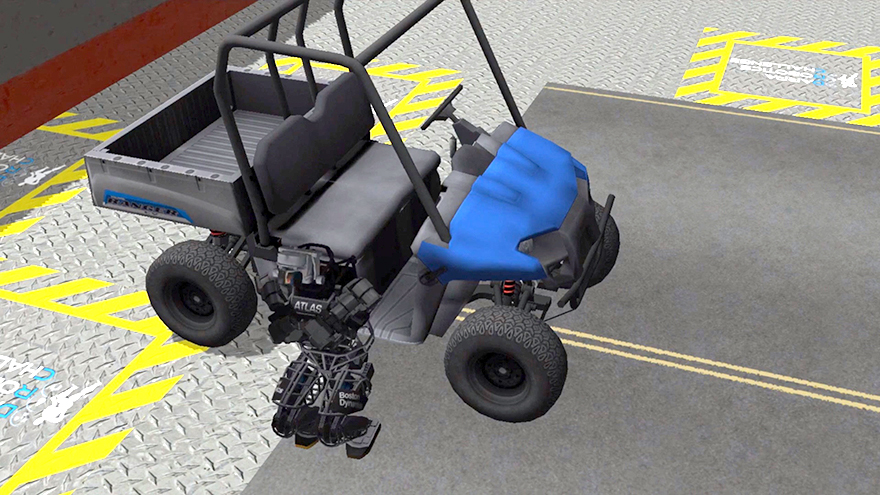 As we saw in yesterday's Humans Are Awesome video, the human body is capable of some incredible stuff. But it's weird to think of how even the mundane activities we perform are quite biomechanically sophisticated. Running sideways with a football and throwing it to your buddy who is sprinting in a different direction, riding a bicycle, or even the mere act of getting in and out of a vehicle require myriad instantaneous microcalculations that prove how in control of our bodies we are.

Humanoid robots, on the other hand, are not. But DARPA still feels the humanoid form factor has some merit for robots, at least those designed to work in disaster areas. While attaching a fire hose to a water source, for instance, hands with fingers come in handy, as do legs you can use to step over and around the hose as you do it. And if you're going to send 'bots into the Fukushima reactor to shut it down, it's best if the can manipulate equipment designed to be worked on by human-shaped bodies. So the DARPA Robotics Challenge asked entrants to propose how humanoid robots can realistically complete simple tasks.

You'll realize what a daunting task this is when you see this very weird footage of a robot trying to get into a car. Look how long it takes this robot known as Atlas:

Not weird enough for you? Here's some alternative methods (and in the third, it almost looks like the robot is flipping off the camera):

While the roboticists working on these projects presumably put a lot of work in to achieve these results, it seems obvious they are barking up the wrong tree. Anyone who was alive in 1980s America knows that this is the fastest way to get into a car:

DARPA reps could not be reached for comment. But you can check out more of their Robotics Challenge results here.

[Editor's Note: I also like this method— I'll know our days are numbered when DARPA develops a 'bot that can do that.]

Video of Robots (and Good Ol' Boys) Getting Into Cars