The Protests in Egypt: Laser Pointer vs. Helicopter 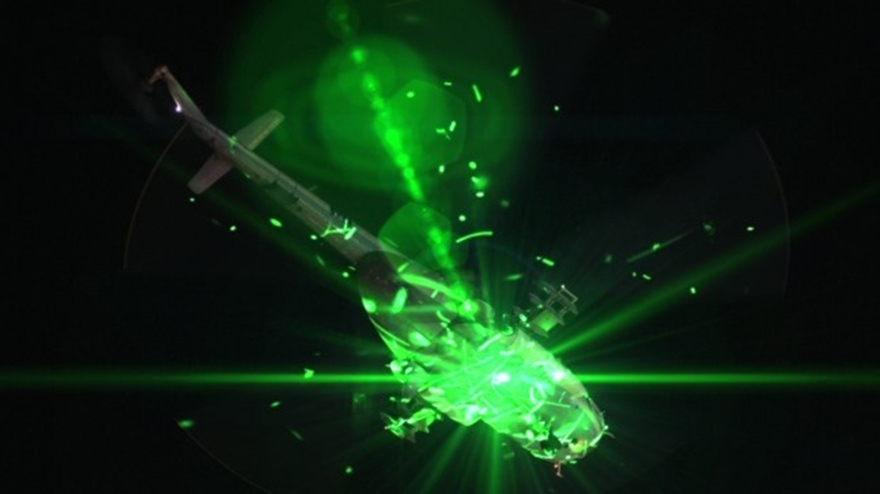 Revolutions have been fought with sticks, rocks, muskets and carbines. This being the 21st Century, it ought be no surprise that protestors are now packing lasers. But not the types of lasers you might have envisioned.

Over the weekend, a photograph shot by Cairo-based news photographer Khaled Desouki for Agence France-Presse went viral. As hundreds of thousands of protestors flooded the streets of Cairo to demand President Mohammed Morsi step down, a military chopper was called in. Dozens or hundreds of protestors scattered throughout the crowd responded by individually aiming their laser pointers at it, hoping to dazzle the sightlines of its occupants.The 'copter did not crash, fortunately for those below, but it was a striking and photogenic expression of grassroots protest. The warbird is of course armed with deadly weaponry, while the individual laser pointer was designed to help professors point out details in lecture halls. But the sight of so many beams scattered around a wide base and attempting to converge on a single point is hard to forget. One can't help but think of the shape of the pyramids the country is so well known for, and the act of one being instantaneously, dynamically constructed out of light, rather than impassive stone erected over centuries, will surely go down in the history books. 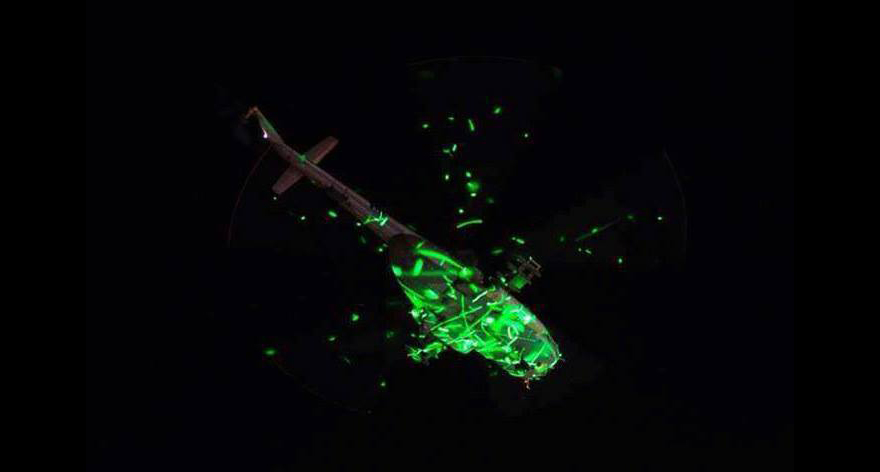