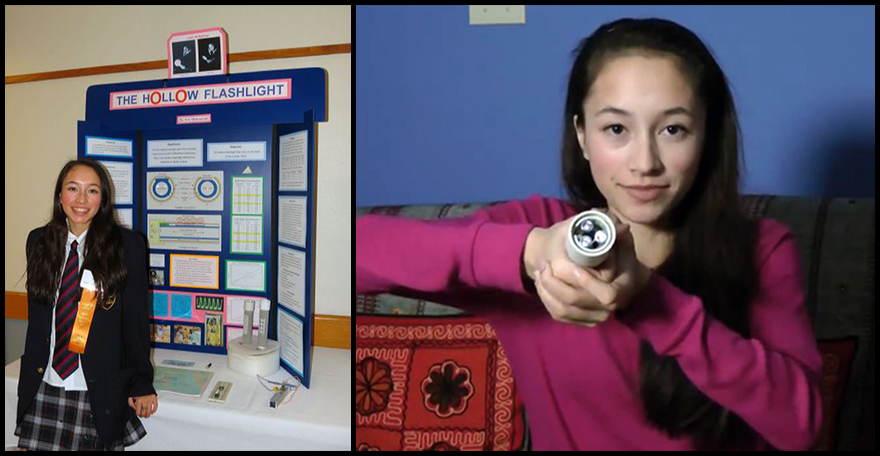 Canadian citizen Ann Makosinski has been interested in alternative energy sources for at least four years. Which is to say, since the sixth grade. Fifteen-year-old Makosinski, now in the tenth grade, has just become one of 15 finalists in the 2013 Google Science Fair competition, as she's invented an LED flashlight powered by nothing more than the heat from your hands.

Most impressively, she built it out of parts she ordered on eBay and bought at Home Depot, with the exception of an aluminum tube her father acquired from a university machine shop. Check it out:

Sure, it might not be bright enough to dazzle a helicopter, but the fact that it requires zero batteries, and that Makosinski was able to compose a working prototype for just $26 Canadian, indicates she's onto something. Can't wait to see what her senior year project is!