Tradesmen travel with their tools, and the best of them have organized systems for hauling them. Remember that shot of Benjamin Lai's kit? Then there's Ron Paulk, who's got an entire shop inside a box truck. And while you don't see systems like Lai's and Paulk's every day, one tool organization system you've probably never seen is the one on the International Space Station. 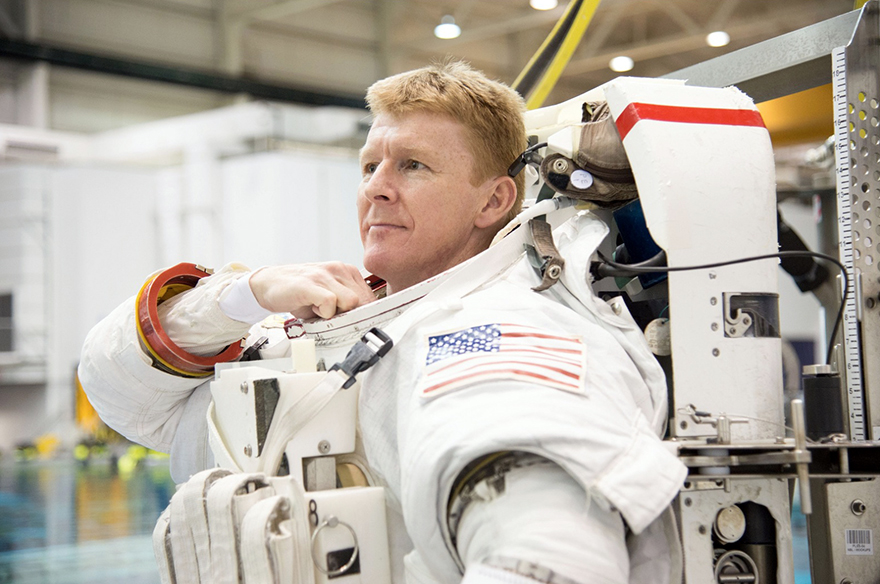 Timothy Peake, a former British Army Air Corps officer and the first British citizen to become a European Space Agency astronaut, is ISS-bound come 2015. As part of his training, he's working with a replica of the toolbox set-up they've got up topside, and on his Flickr page we get a rare look at the storage system. 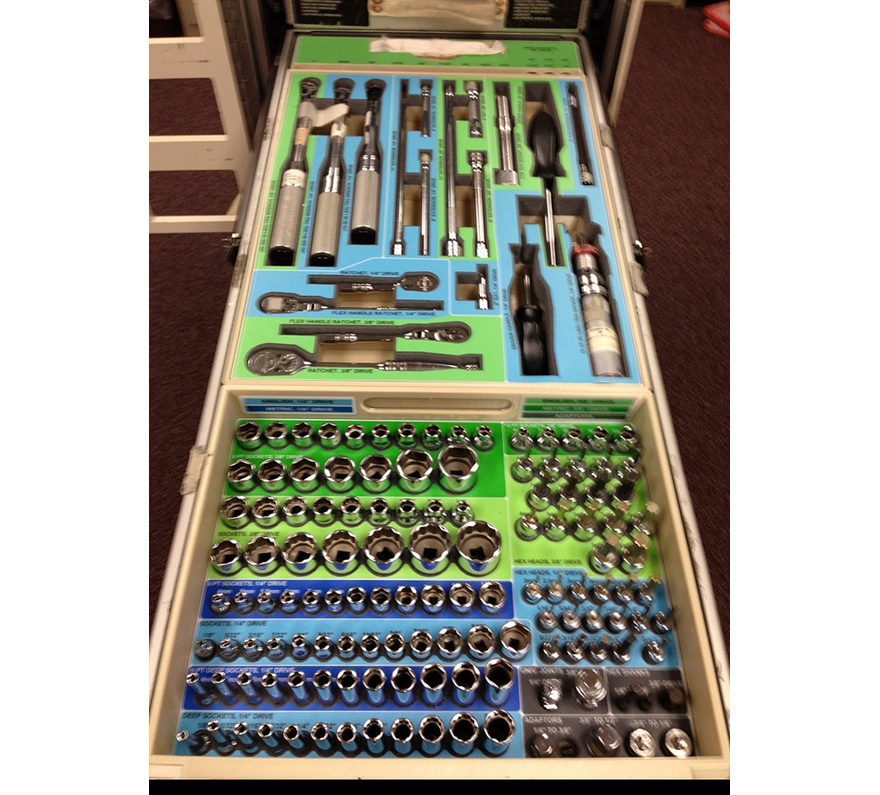 Even cooler, Toolguyd's Stuart Deutsch went through each photo and painstakingly listed each and every tool he could see (read/see it here), even detailing how the color-coding for the sockets correspond with different drives sizes and standard vs. metric. Beyond that, Deutsch was struck by one of the same things that surprised us: The oddly narrow and deep design of each "drawer." We'd have envisioned something different, but the ISS presumably has peculiar space constraints. 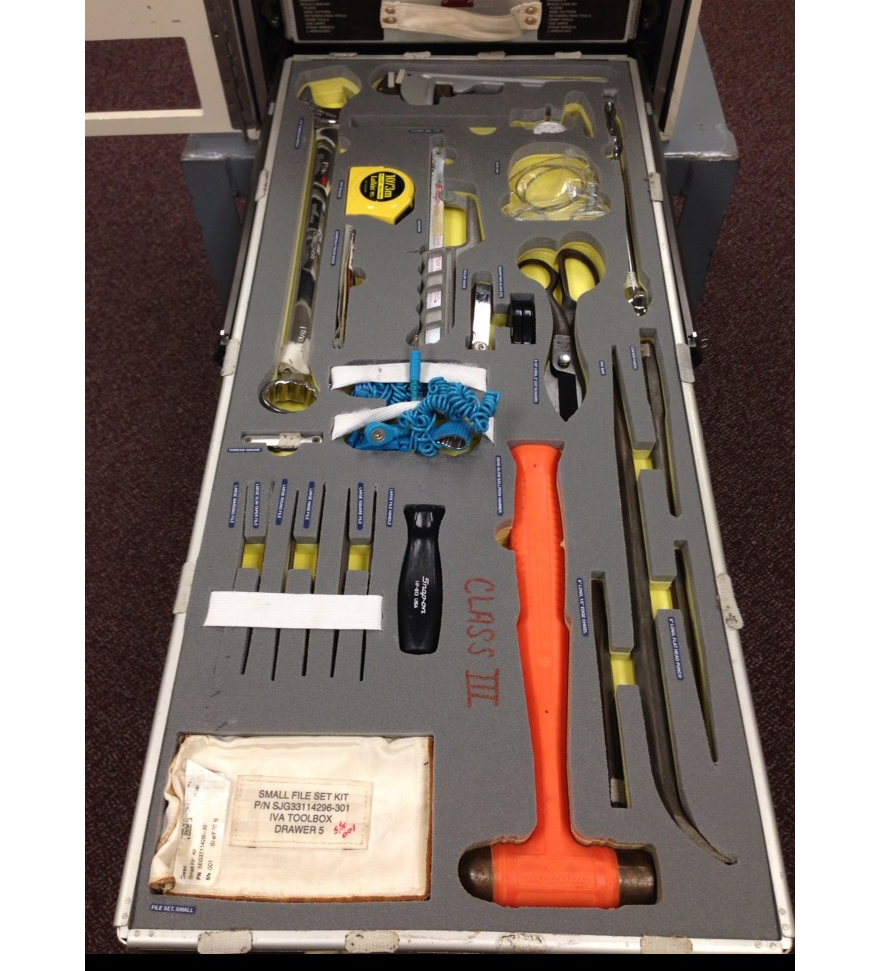 Another thing we didn't expect to see is the fabric handles on the front of the boxes: 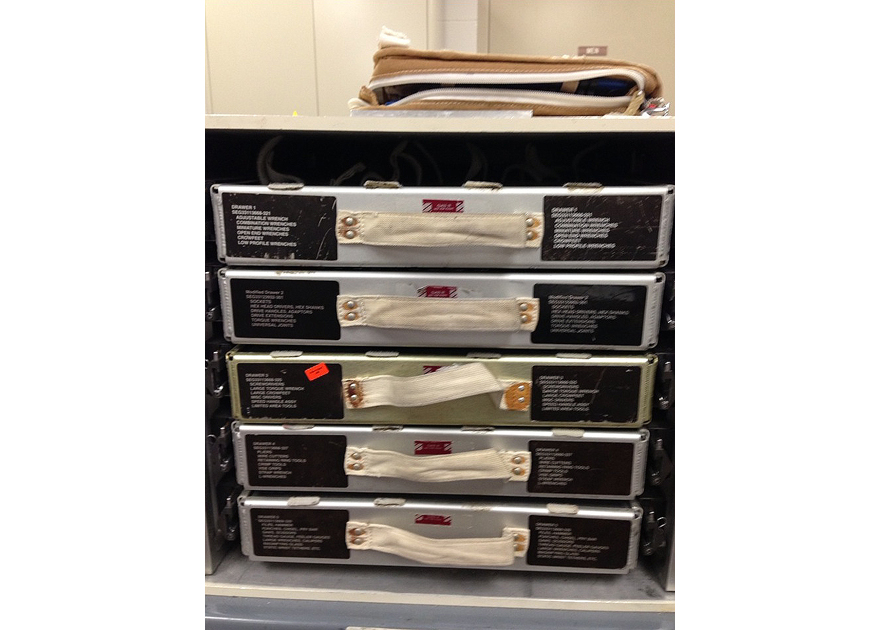 We can only guess that's to save weight, since the astronauts can't scrimp on the tool weight. And while you'd think they'd have special lightweight tools made, that's not the case: "Many of them are off-the-shelf tools," Deutsch points out, in response to a comment. "Heavier tools do mean higher lift-off costs, but lighter tools would mean other compromises and tradeoffs. It's better to go with tried-and-true than save on launch costs only to find that a tool needs to be replaced later on." Until someone opens a True Value up there, that's likely to remain the case.