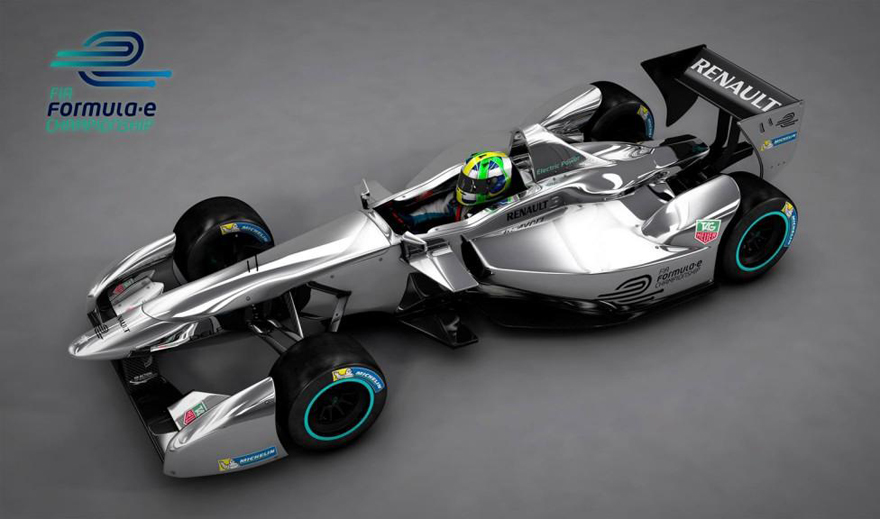 At risk of writing about a subject that I know very little about, I'll defer to the experts in Discussion Boards, where member sanjy009 recently posted news of the FIA Formula E Championship. While electric motorcycles have been getting some buzz in the world of motorsports for some time now—check out our April 2012 profile of BRD Motorcycles—this marks a major step in automotive racing.

Formula E is a new FIA championship featuring Formula cars powered exclusively by electric energy. It represents a vision for the future of the motor industry over the coming decades.

FEH, the new promoter, has as anchor investor London-based entrepreneur Enrique Bañuelos, and as CEO and shareholder former MEP and racing team owner Alejandro Agag, who has a long experience in the motor sport business. Also associated with the project are Lord Drayson, Managing Partner of Drayson Racing Technologies, and Eric Barbaroux, Chairman of the French electric automotive company "Electric Formula."

Demonstration runs of the Formula E cars will start in 2013, followed by the championship in 2014 with an objective of 10 teams and 20 drivers participating in the competition. The races will be ideally staged in the heart of the world's leading cities, around their main landmarks.

Sanjy009 points out that the most interesting detail in the brief is that "pit stop[s] will involve a change of car: when the battery runs out, the driver will make a pit stop, then will run 100 metres to climb into a recharged car," to which Eddison responds:I'd rather the formula be that they use one car and the batteries are changed during a pit stop, like tires and adding fuel. By changing cars, I think they're trying to promote electric car share in cities, as it appears all the races will be run in temporary city circuits.

In a racing environment, giving the engineers the challenge of figuring out new and clever e-innovations is probably the fastest way to solve some of the real world challenges of electric cars. But the formula needs to allow them to explore... and spend money.It so happens that Tesla Motors has been working on a solution to this very problem; NURB, who agrees that "the change of cars seems like a bit of a cop out," shared a link to a timely announcement from Elon Musk about the 90-second battery-change option for Tesla owners:

» Join the conversation on our Discussion Boards