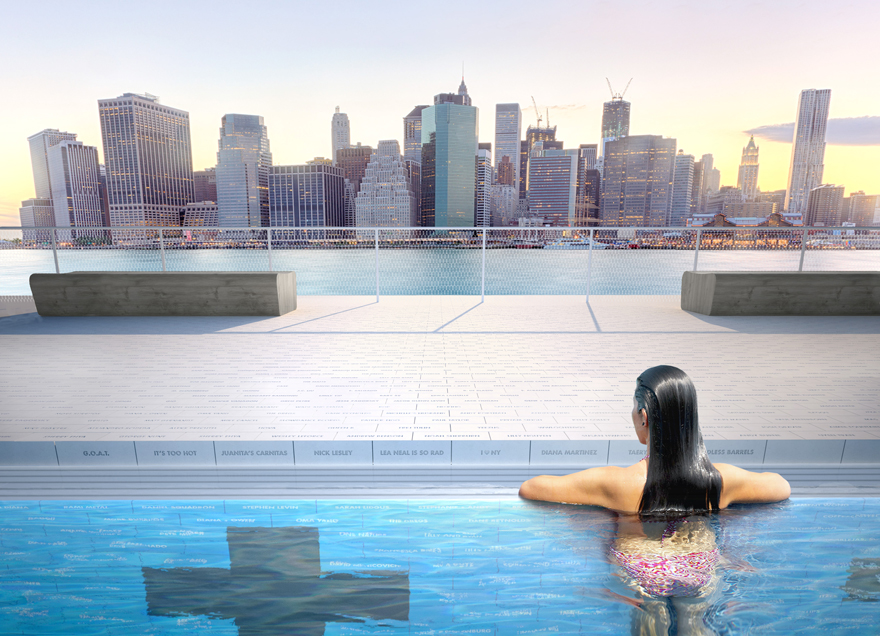 Just over two years ago, we first caught wind of a fantastic proposal (both in terms of sheer goodness and dubious feasibility) for a swimming pool in New York City's East River. Boom-and-bust cycles notwithstanding, the value of real estate in the 23-ish square miles of Manhattan continues to rise, yet much like the City's much-loved parks, its waterways remain accessible to all... and—unsurprisingly, given the recent heatwave—are regarded as potential spaces for recreation and development.

With the first successful Kickstarter campaign under their belts, the like-minded architecture studios of Family & Playlab have been forging ahead with + POOL, moving forward from the Test Tank phase to a full-fledged Float Lab. So too is their crowdfunding goal rather more ambitious this time around: they're currently seeking ten times more than they were two years ago, when they handily topped the $25K threshold to get the project off the ground. The higher stakes are matched by more exclusive rewards: backers will have their names engraved on the tiles that line the decks of the + POOL when it opens in 2016.The collaborative initiative of design studios Family and PlayLab launched the initiative to build a floating pool for everyone in the rivers of New York City in June of 2010. + POOL started with a simple goal: instead of trying to clean the entire river, what if you started by just cleaning a small piece of it? And what if you could change how New Yorkers see their rivers, just by giving them a chance to swim in it? 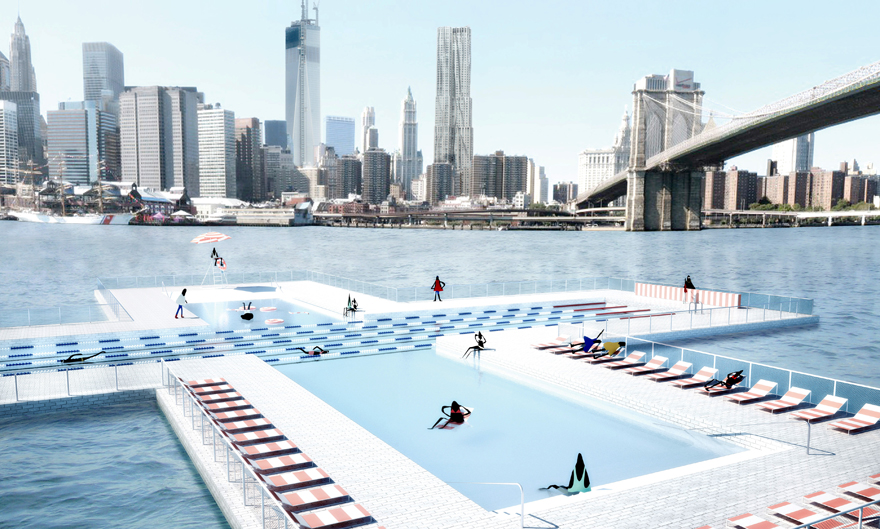 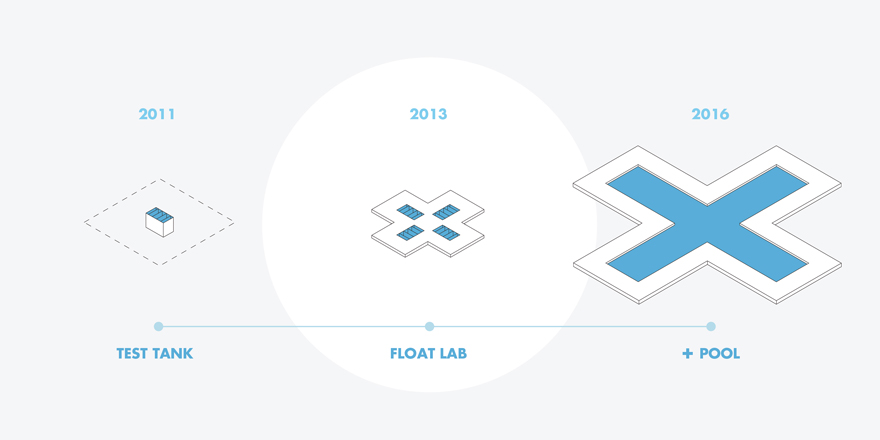 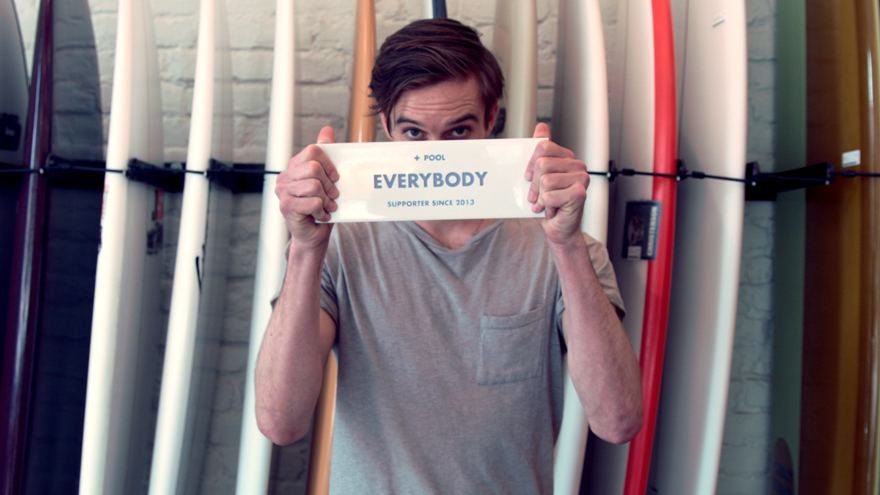 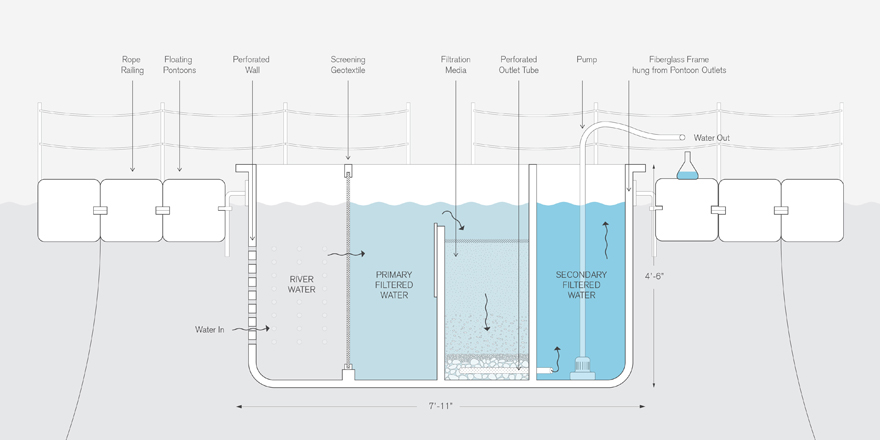 + POOL is designed to clean up to half a million gallons of East River water every single day—the very river that floats in through the walls of the pool, making it possible for New Yorkers to swim in clean river water for the first time in 100 years.

In addition to contributing to the health of our city's waters, the +Pool, slated for Brooklyn Bridge Park, will offer a Kids', Sports, Lap and Lounge pools. Each can be used independently, combined to form an Olympic-length pool or opened completely into a 9,000 square foot pool for play in one of New York City's best resources. 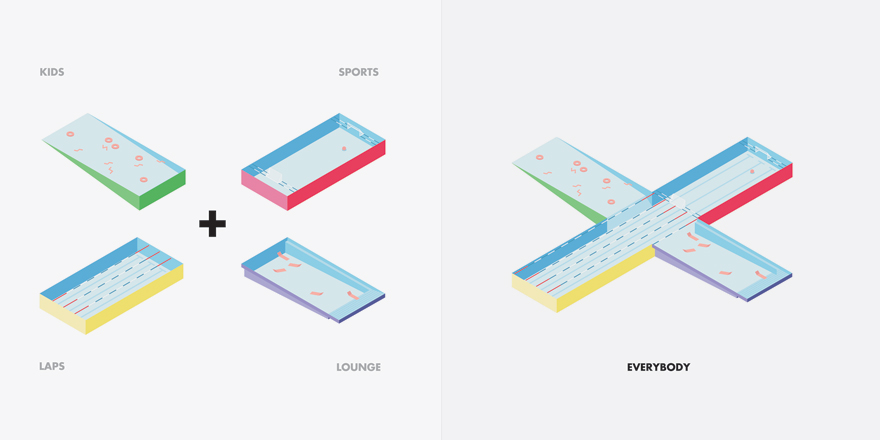 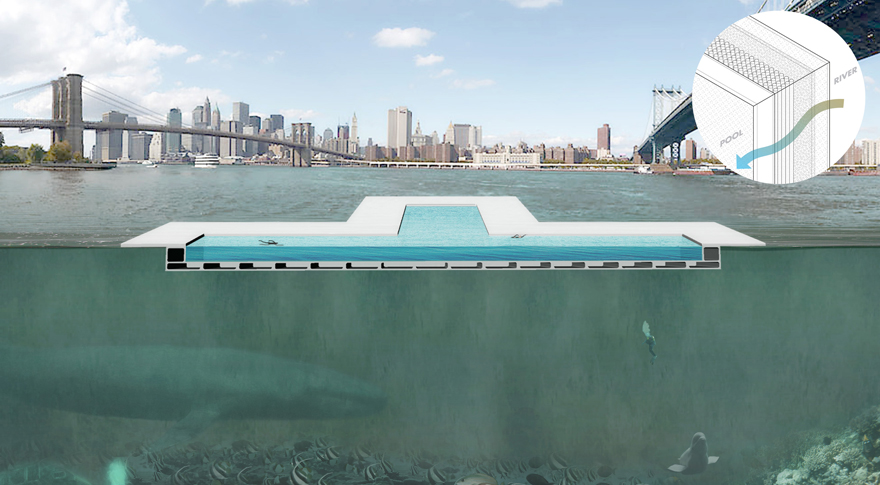 Thus, while the concept is a good hook in and of itself, the project also speaks to the broader issues of engaged citizenship and a new model for architectural research and innovation. + Pool is as much an experiment in crowdfunding-as-civic-action as it is a physical product in itself, a large-scale water filtration system that doubles as a public swimming pool. In fact, Family's Dong-Ping Wong duly acknowledges Meta Brunzema's "River Pool" and the Floating Pool Lady as precedents, which "opened the door for a project like + POOL to take shape." 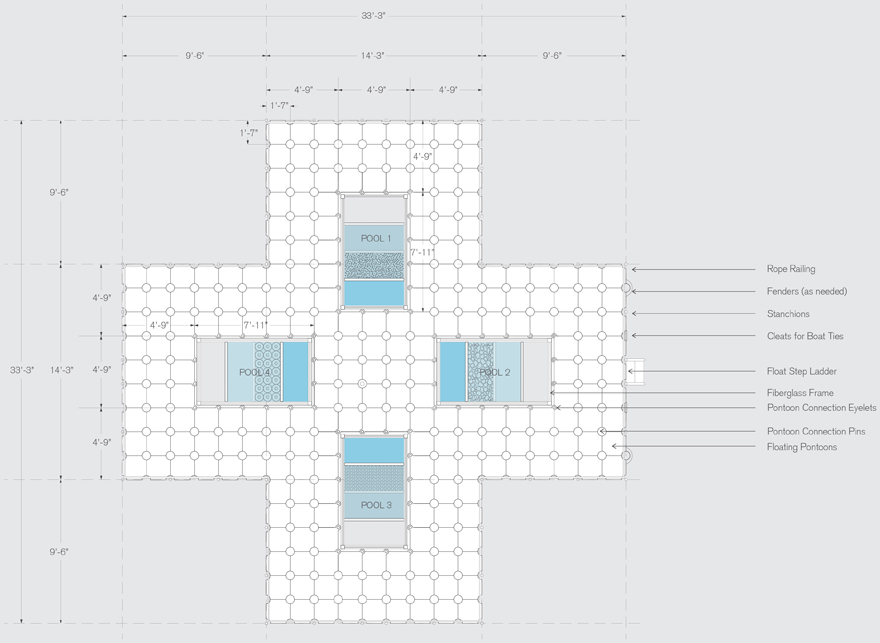 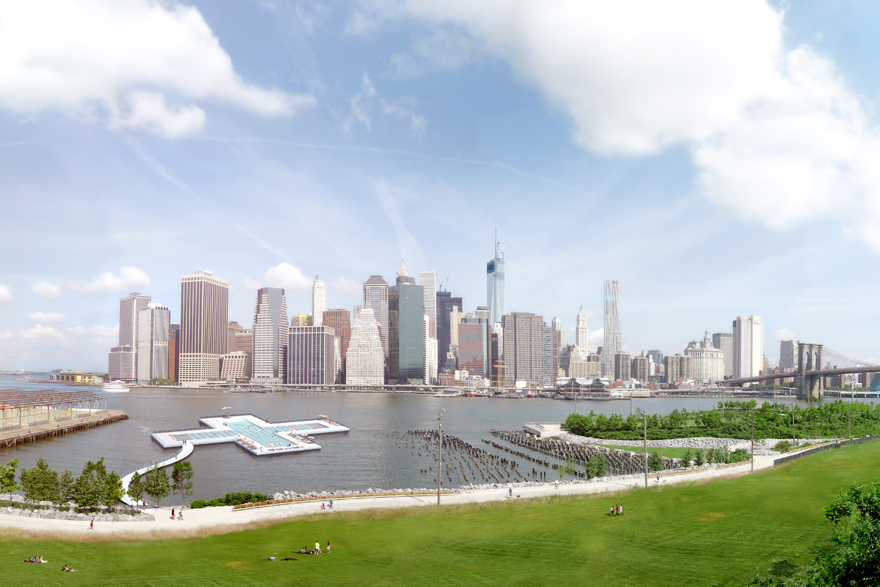 In other words, it's a win-win-win: dip your toes in the crowdfunding pool with a $25 pledge, which gets your name on a tile with seven of your fellow backers, or spring for your own custom tile with a $200 pledge. But don't delay: they have just three days left to raise another $64,000 towards their $250K goal. Check it out here.