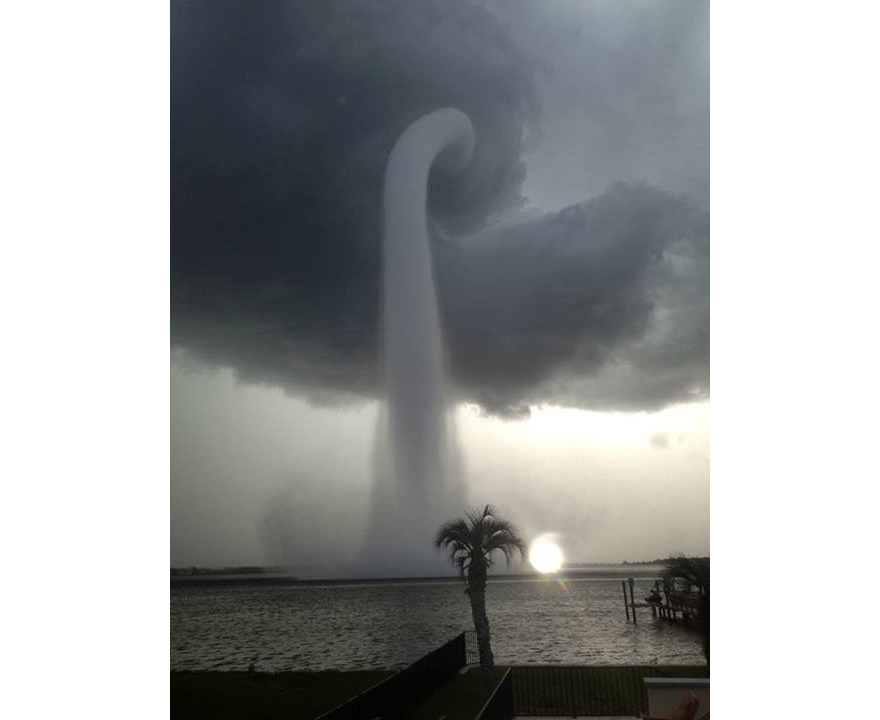 There are those natural phenomena that we know are coming, like comets, the Supermoon and this year's forthcoming Manhattanhenge, causing shutterbugs around the world to prepare their cameras. Then there's the stuff we have no idea is coming, like earthquakes, tsunamis and tornadoes. But the prevalence of cell phone cameras mean we're now capturing images from the latter category too. Yesterday a series of photos out of Oldsmar, Florida, went viral as a handful of residents were able to capture a waterspout—a sort of oceangoing tornado—that formed around sunset on Monday. 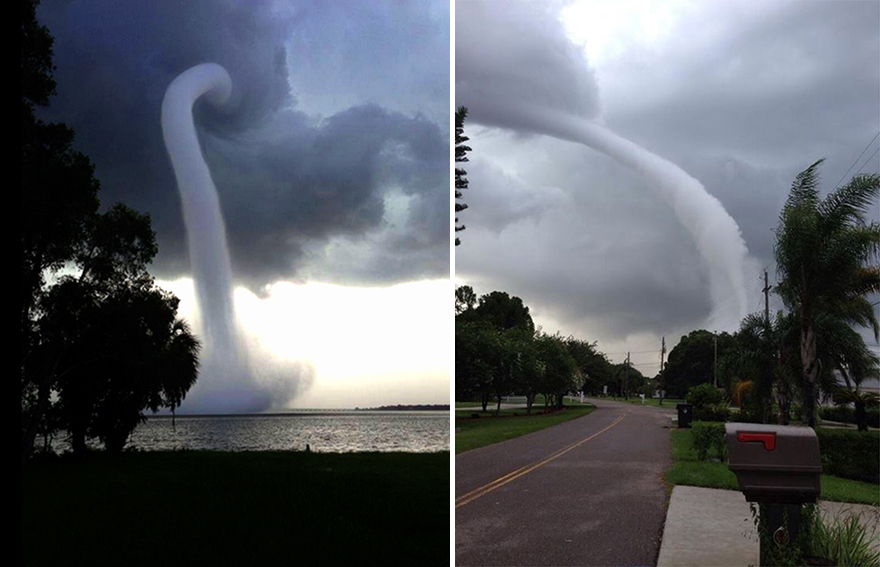 Naturally there's video of it too; unsurprisingly most of it is grainy and ill-composed. After wading through a bunch of it, we found Oldsmar resident John Bosker's footage, which he showed to ABC News, to be the cake-taker. It starts around 0:44 below, and you can of course ignore the news hype before and after the footage:

This second video is kind of funny because you can hear the typical American parent-child interaction in the background (NSFW language):

Florida resident Joey Mole, who shot the latter video, also shot the photo at the very top of this entry. It's since been copied and re-uploaded to Facebook and Twitter numerous times with no attribution, but Mole doesn't care: "I dont need to watermark it," Mole writes on his Facebook page. "Im [sic] not looking to take credit its [sic] just an amazing picture."