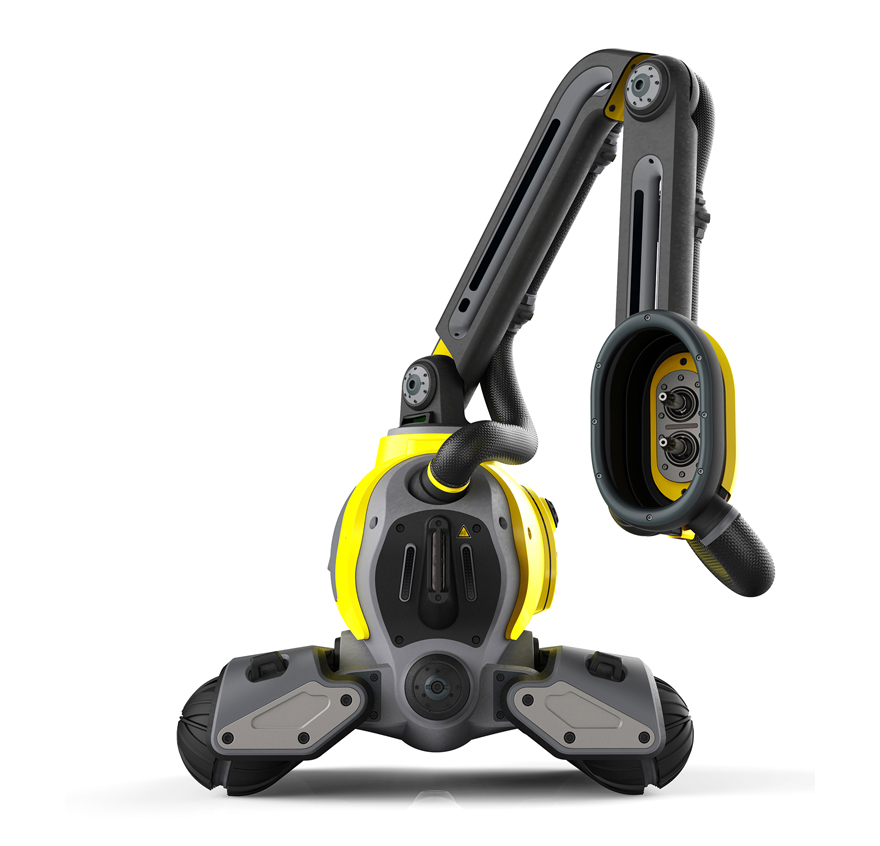 There's a reason demolitionists use explosive charges to take buildings down: Abject destruction is a relatively quick way to dismantle rebar-reinforced concrete. But boy does it create one helluva mess to clean up:

Smaller-scale demolition techniques require massive machinery to pulverize buildings chunk by chunk, while workers spray the destruction with a steady stream of water to keep the dust down. The resultant mess is then carted off, load by load, to landfill or a recycling center tasked with the difficult chore of separating metal rebar from the concrete fragments.

Look no further than the 2013 IDEA Winners for a better building demolition concept. 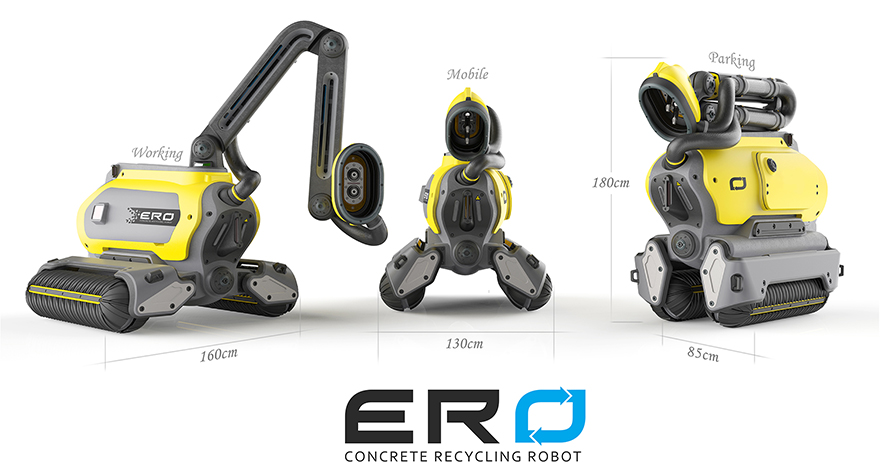 Omer Haciomeroglu, from Sweden's Umea Institute of Design, won Gold in the Student Designs category for his ERO Concrete Recycling Robot. Haciomeroglu's excellent concept not only takes buildings down in an energy-efficient way, but it systematically recycles as it goes along. "In order to overcome later separation and ease the transport of materials," writes Haciomeroglu, "the process had to start with separation on the spot. It was a challenge to switch from brutal pulverizing to smart deconstruction." 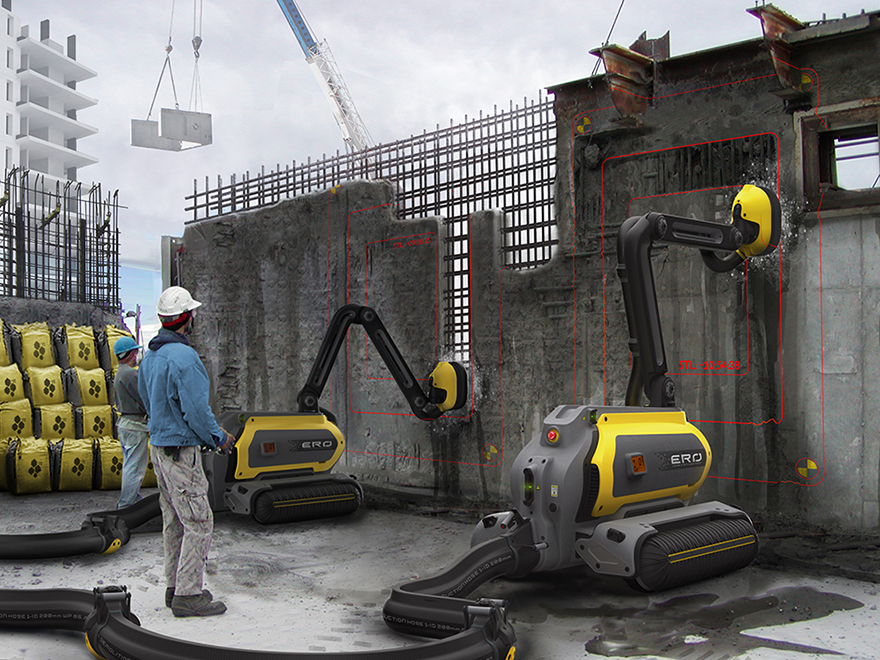 The ERO Concrete Recycling Robot was designed to efficiently disassemble concrete structures without any waste, dust or separation and enable reclaimed building materials to be reused for new prefabricated concrete buildings. It does so by using a water jet to crack the concrete surface, separate the waste and package the cleaned, dust-free material. 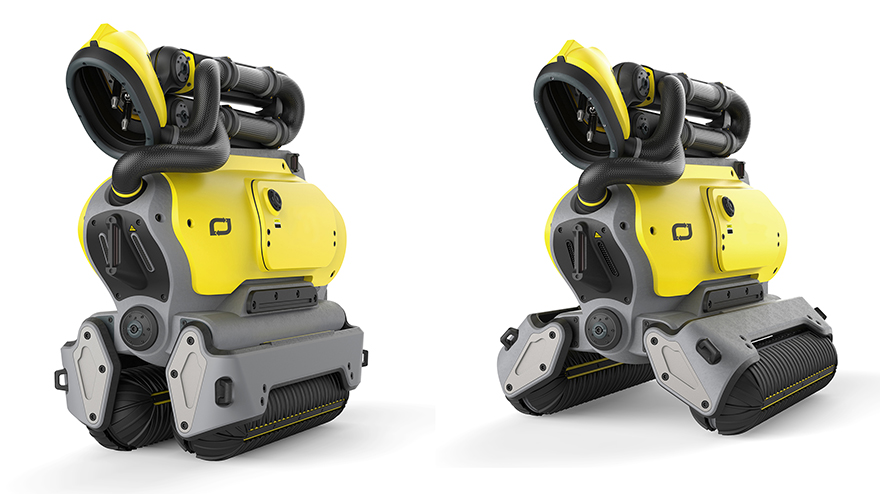 One of the goals of this project was to provide a smart and sustainable near-future approach to the demolition operations that will facilitate reuse as much as possible. Today, operators manually control different sized heavy machinery, which consume a lot of energy to smash and crush the concrete structure into dusty bits. Water has to be sprayed constantly with fire hoses to prevent harmful dust from spreading. After the work is done, big machines scoop up the rebar and concrete mixture and transfer them to the recycle stations outside the city where the waste is separated manually. Concrete needs to be crushed with power crushers in several stages, the end result of which it can only be used for simple construction layouts. The metal is melted for reuse. 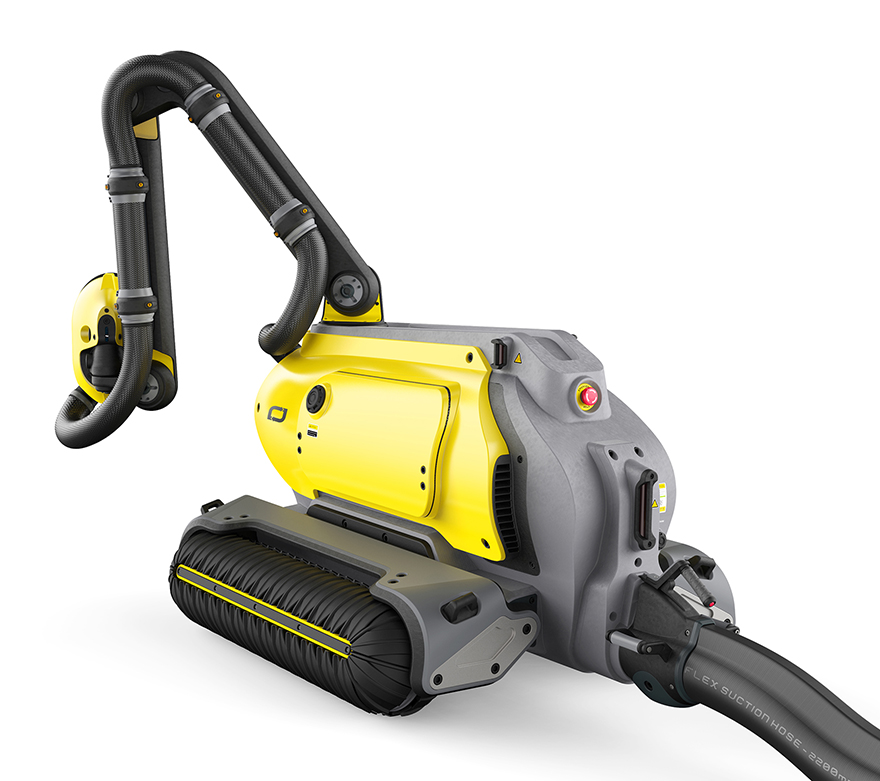 An autonomous fleet of ERO Concrete Recycling Robots is placed strategically within the building. They scan the surroundings and determine a route with which they will execute during the operation. Once ERO starts working, it literally erases the building. ERO deconstructs with high-pressure water and sucks and separates the mixture of aggregate, cement and water. It then sends aggregate and filtered cement slurry separately down to the packaging unit to be contained. Clean aggregate is packed into big bags, which are labeled and sent to nearby concrete precast stations for reuse. Water is recycled back into the system. The packaging unit provides ERO with vacuum suction and electrical power. Turbulence dynamos placed within the air suction route produces some percent of power that ERO needs. ERO uses less than what it gets. Nothing is placed in land fills or sent away for additional processing. Even the rebar is cleaned of concrete, dust and rust and is ready to be cut and reused immediately. Every bit of the load-bearing structure is reusable for new building blocks. 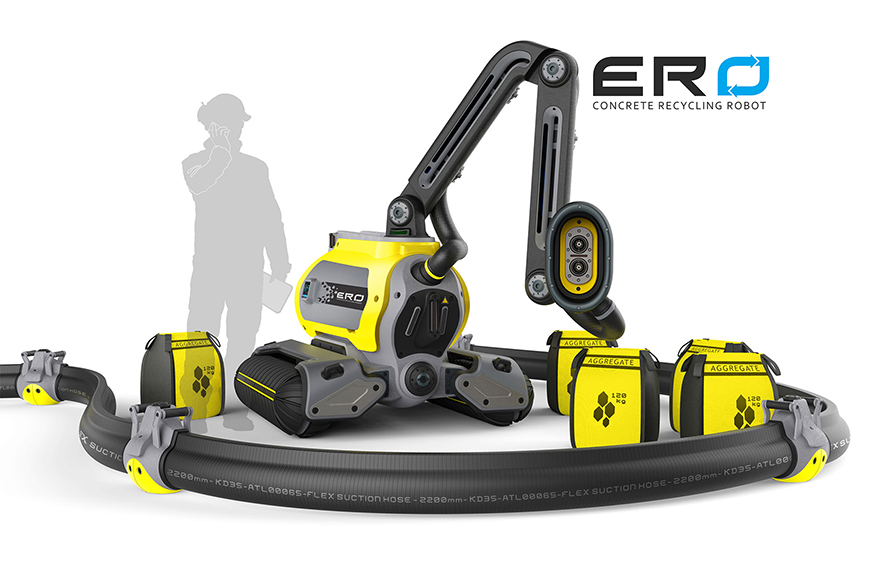