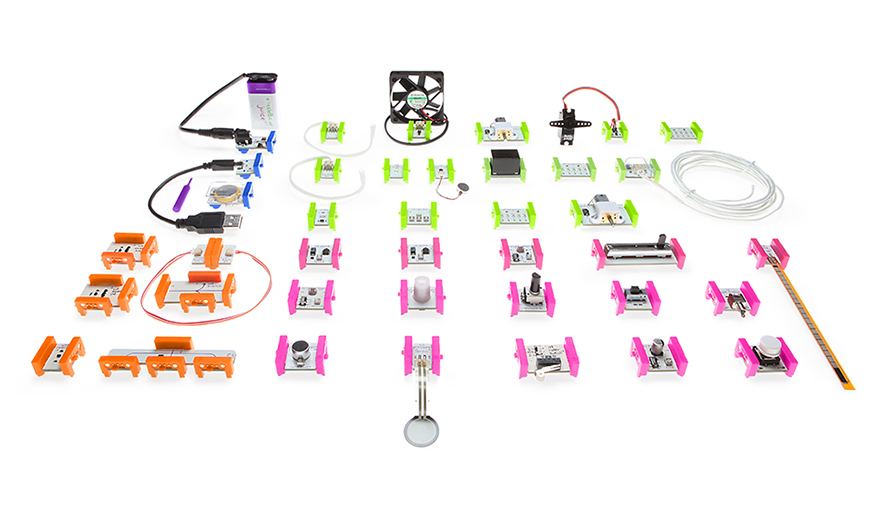 Building blocks taught children to stack things. Legos teach kids to build objects systematically. Now a company called littleBits wants to push building blocks to the next level by integrating electronics, teaching children that they can achieve more sophisticated results by combining a series of predetermined components with specific technological functions. And they're easy to snap together, via magnets that prevent incorrect connections. 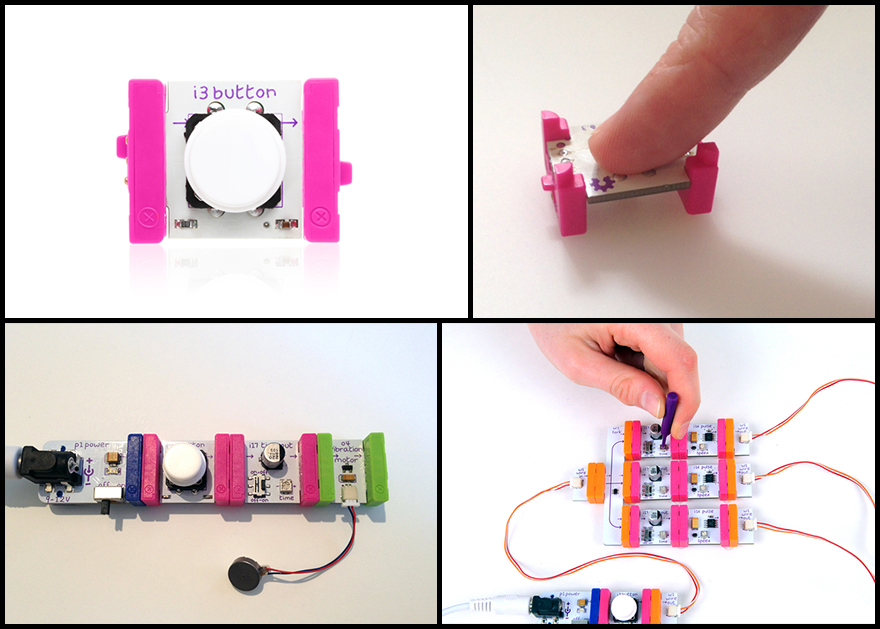 Designed by Ayah Bdeir (whom we interviewed earlier this year during a littleBits/MoMA team-up), Paul Rothman and Jordi Borras, littleBits won Gold in the 2013 IDEA Awards in the Leisure & Recreation category. Writes the littleBits team,

Electronics are everywhere. People now produce, consume and throw out more electronic gadgets and technology-enhanced products than ever before. Yet, engineering is mysticized, electronic objects are black-boxed, and the creativity of today's designer is limited by the tools and materials available to them. With the democratization of technology and the DIY revolution gaining more momentum, creativity with electronics will explode when they can be used as (and combined with) other materials.

Rarely are people (formally) taught how to use Styrofoam or clay, yet from elementary school to design school they can intuitively build out models and test ideas for physical prototypes. Materials such as paper, cardboard and screws are intuitive, accessible, self-contained, expressive and, most of all, can be integrated early in the creative process. The challenge designers sought to solve is how to turn electronics into a material.

Each Bit has a specific function (light, sound, sensors, buttons, thresholds, pulse, motors), and modules snap to make larger circuits. Taking this one step further, and inspired by childhood construction kits, the designers imagined electronic components to be building blocks to design with. At a time where the world is interactive, they made interaction—not electronic components—the building block. It's not about the LED, it's about light; it's not about the motor, it's about motion; it's not about a resistor and capacitor, it's about responding to touch. They wanted to turn every interaction in the world into a ready-to-use brick. 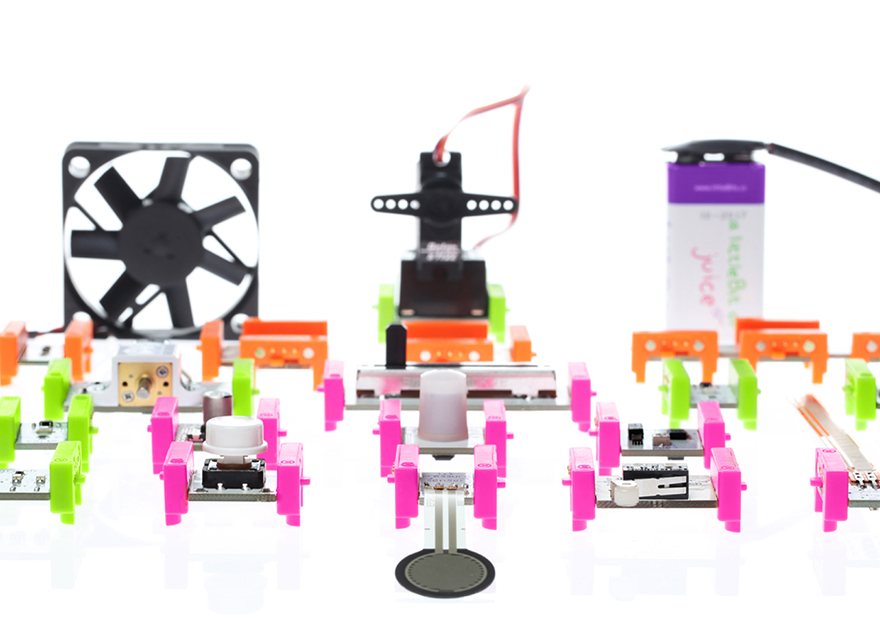