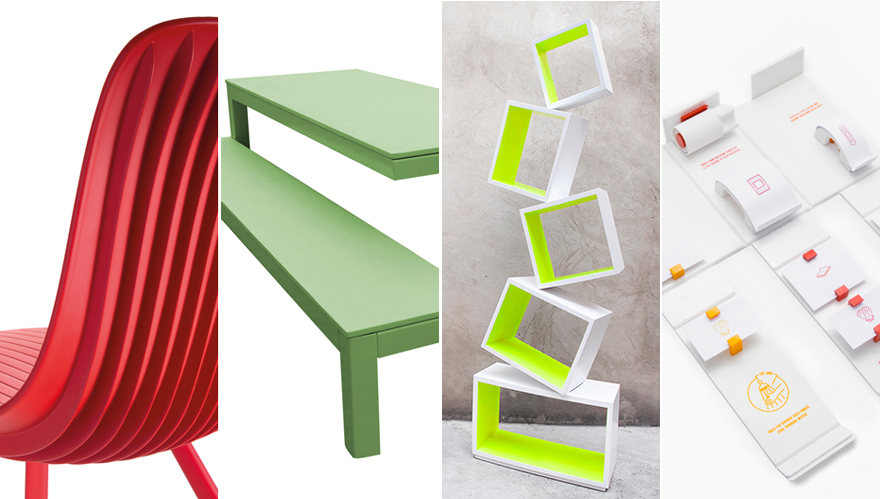 Design is always a balancing act, and the best industrial designers are experts at finding that sweet spot between originality, practicality, cost, quality and the million other considerations that inevitably come into play with a new product. But recently we've seen several projects that perform a literal balancing act—designs that seem to defy gravity, plus one where the parts are ingeniously arranged to allow for one-handed operation. 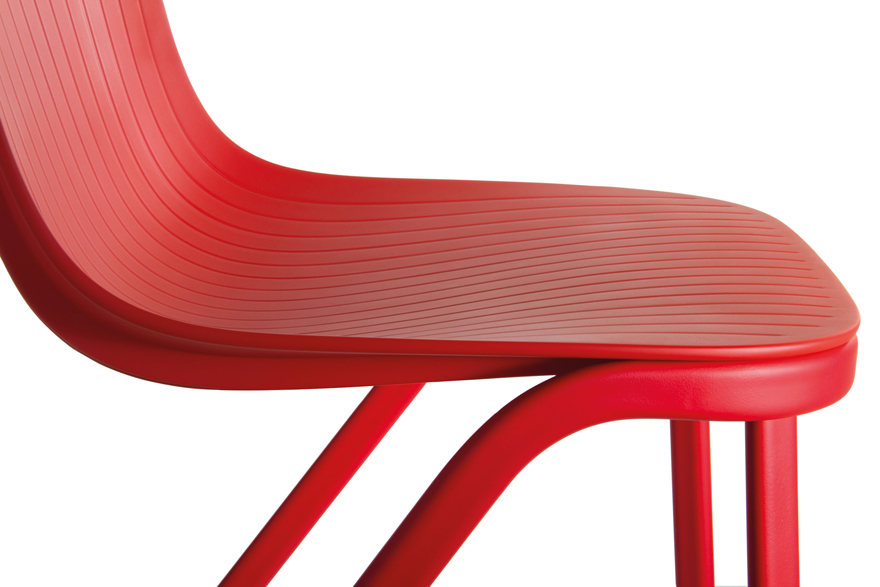 Designers often look to nature for inspiration, but even so, the dragonfly seems like an unlikely starting point for the making of a chair. As the Milan-based designer Odo Fioravanti notes, the insects' bodies "are characterized by an imbalance in weight distribution between the front legs and their extended tail." So too is Fioravanti's Dragonfly chair for Segis, a cantilever form with four legs joined at the front of the seat. It features an injection-molded polypropylene shell with steel legs—and the structure succeeds thanks to a hidden U-shaped element under the seat that bolsters its resistance. 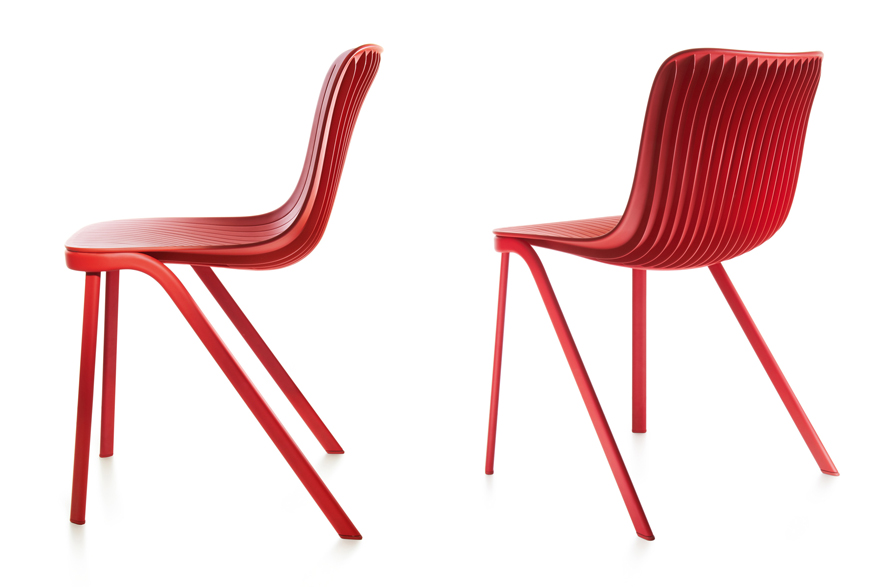 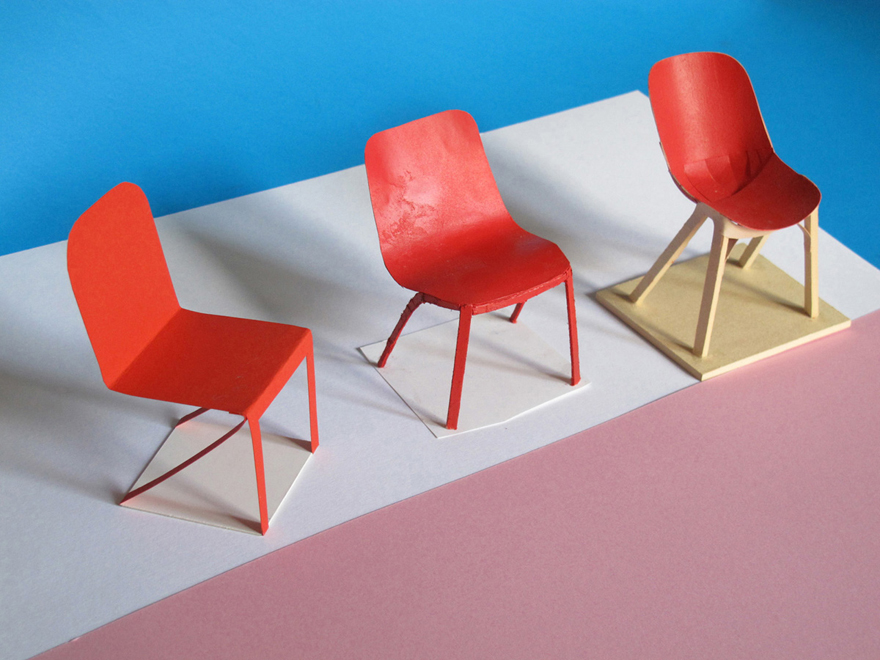 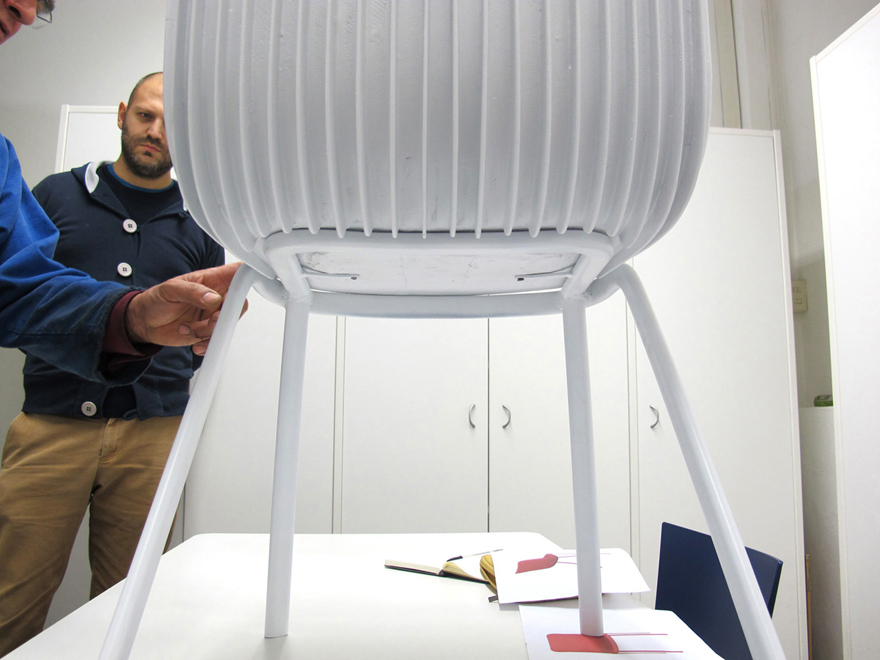 If the 010 outdoor table and bench by Guilielmus is a little disorienting, it is intentionally so. "Too often we still associate a 'chair' with four legs, a seat, and a back... I set out to disrupt the expectations of the user/spectator," the Belgian designer Stijn Guilielmus Ruys writes in an online mission statement. Ruys has designed chairs and tables with lopped-off limbs in the past; this year he decided to up the ante by fashioning a fixed bench and table with just three supports between them. Ruys believes function and perception should be given equal weight, so perhaps it's best to sit still—and gently—while enjoying 010's striking structure. 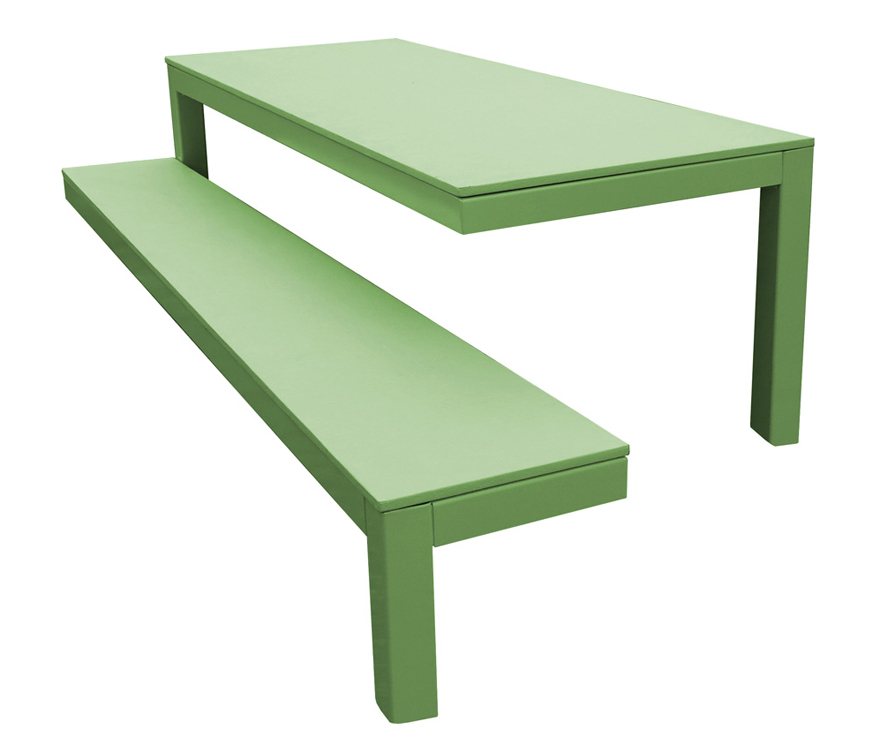 The Equilibrium bookcase by Malagana Design looks a bit like an Andy Goldsworthy creation: surprising, precarious and destined to collapse into a pile of planks in a slight breeze. But the cantilevered bookshelves, which were on display at Dwell on Design in Los Angeles at the end of June, won't topple—they'll continue to hold their pose even under the weight of 160 pounds of books and magazines. (And as a bonus, the tilted shelves eliminate the need for bookends.) 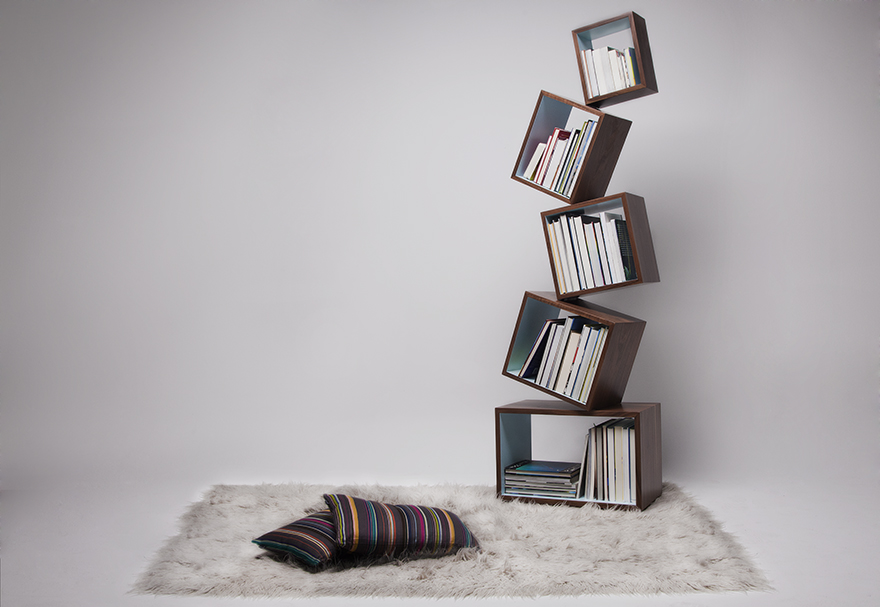 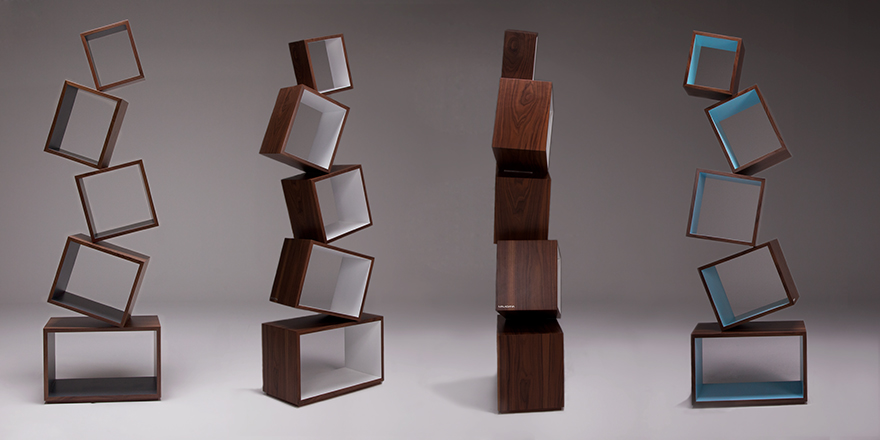 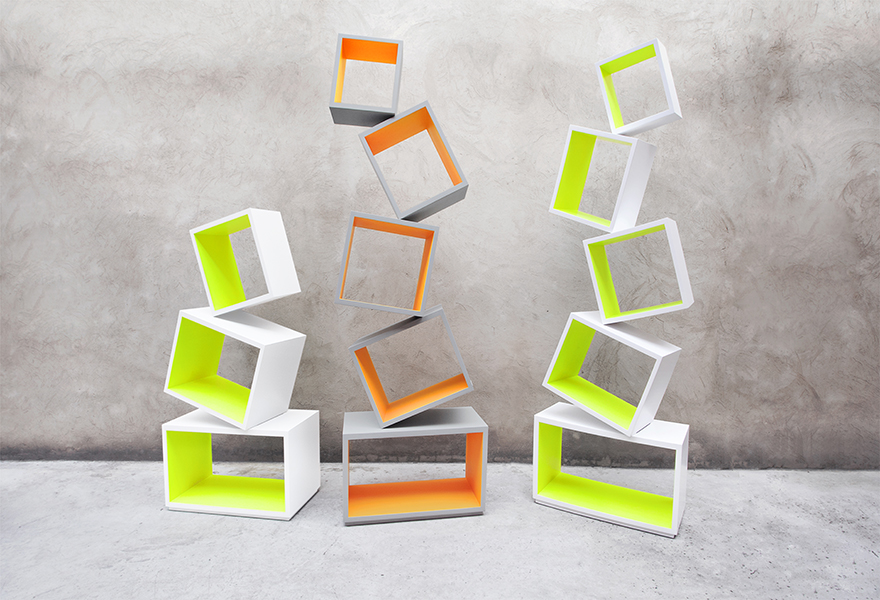 Finally, we wanted to revisit a design that we first covered a couple of weeks ago, which features a more subtle balancing act. Gabriele Meldaikyte realized that there's an inherent problem with home first-aid kits—namely, that they're nearly impossible to use while you've accidentally sliced one hand and are tending to it with the other. While at London's Royal College of Art completing her masters, Meldaikyte conceived of a clever kit that could be wielded with just one hand. In addition, she made sure each item came with clear instructions and simple color-coding. What a concept! If only her prototype would go into production, then juggling injuries effectively wouldn't be a skill for only the pros. 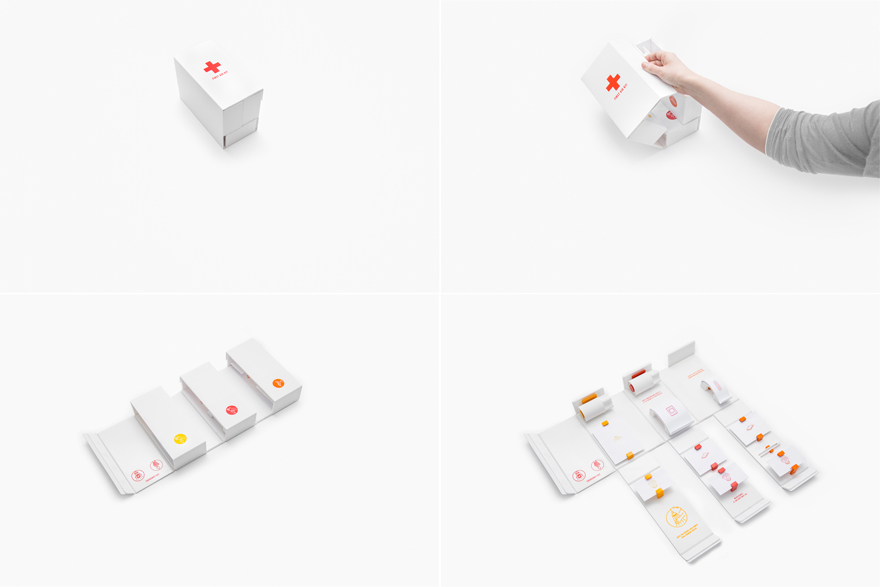 The kit unfolds into three rows of treatments options, for burns, minor scratches and deep cuts to the hands, which Meldaikyte says are the three most common injuries that occur in the home kitchen. 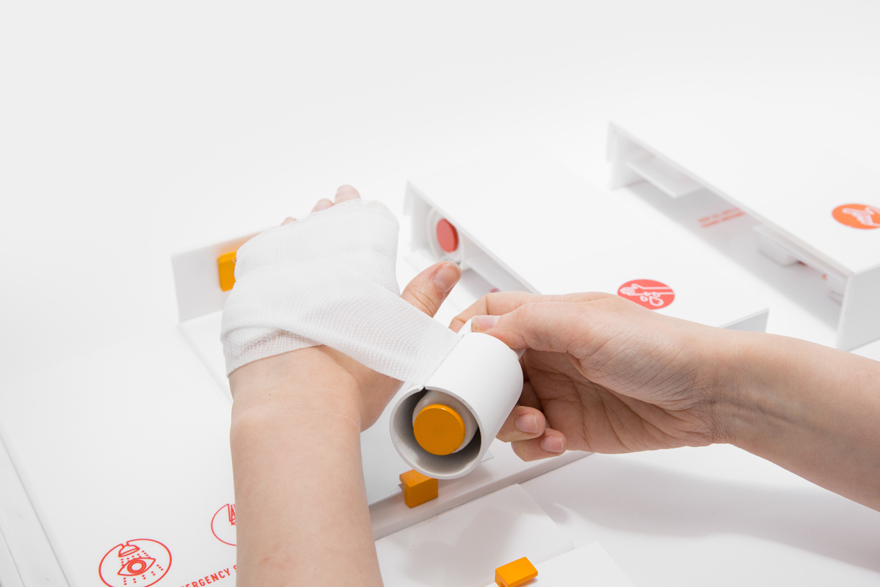 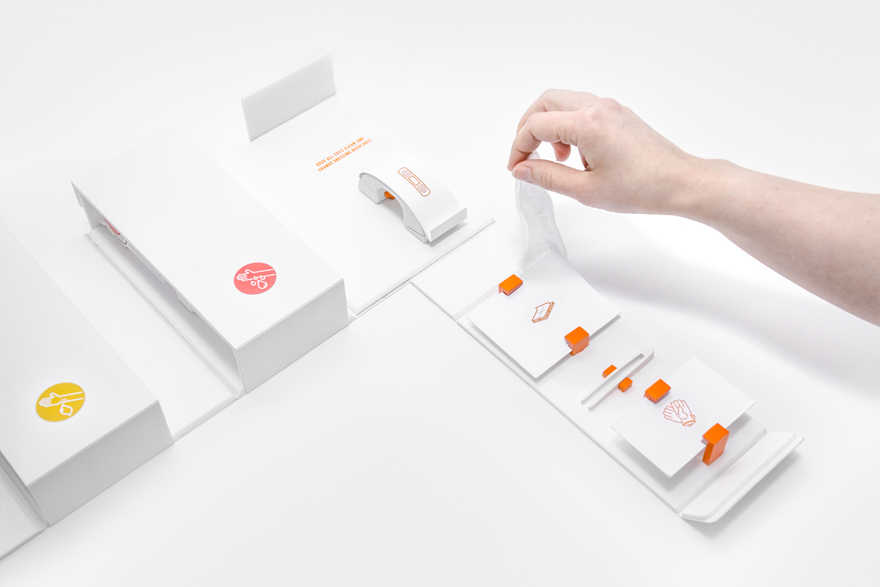 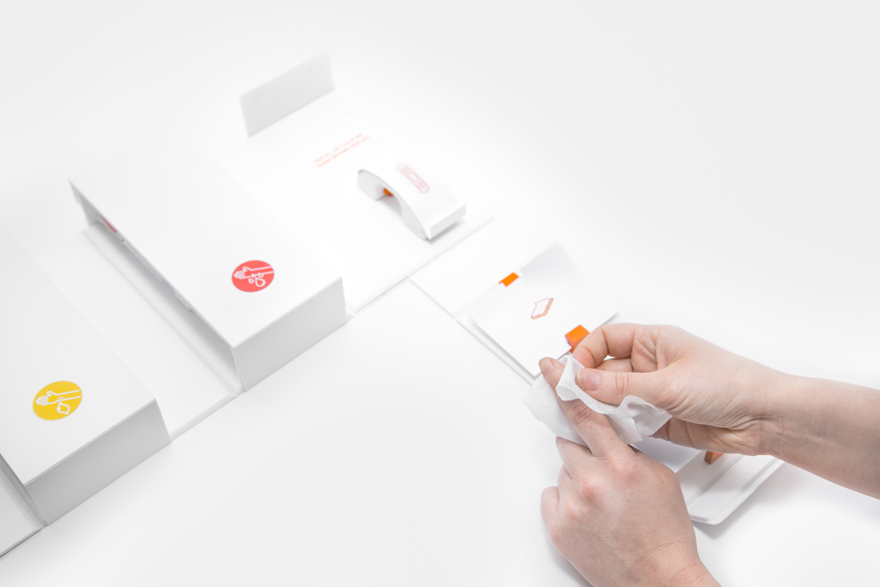 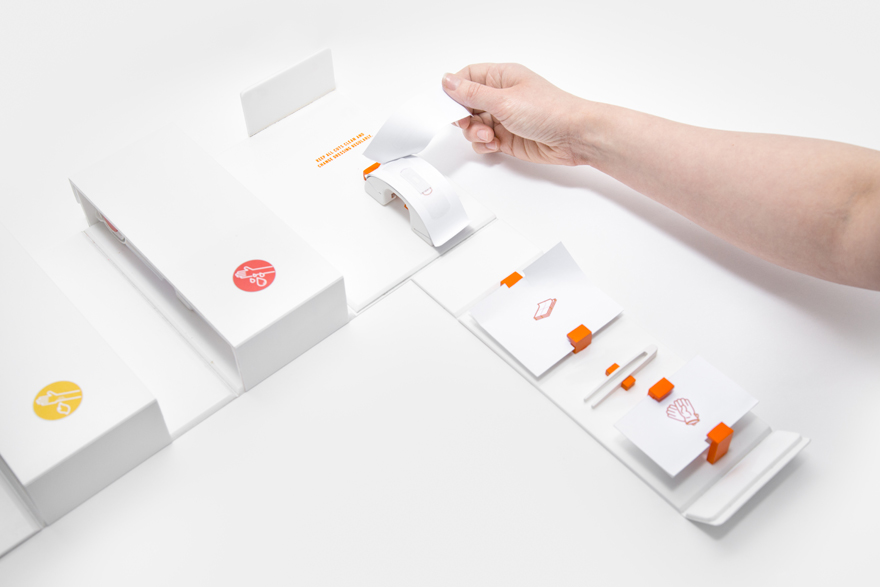 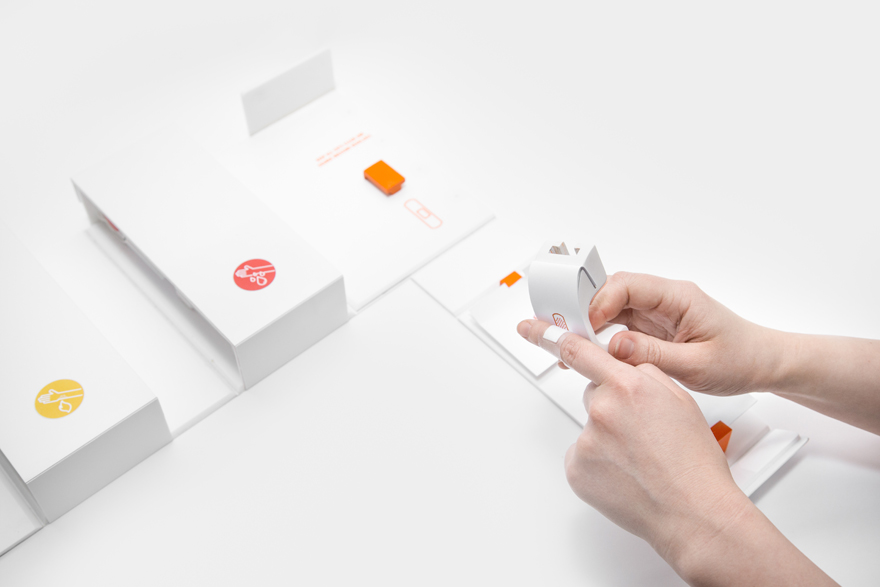