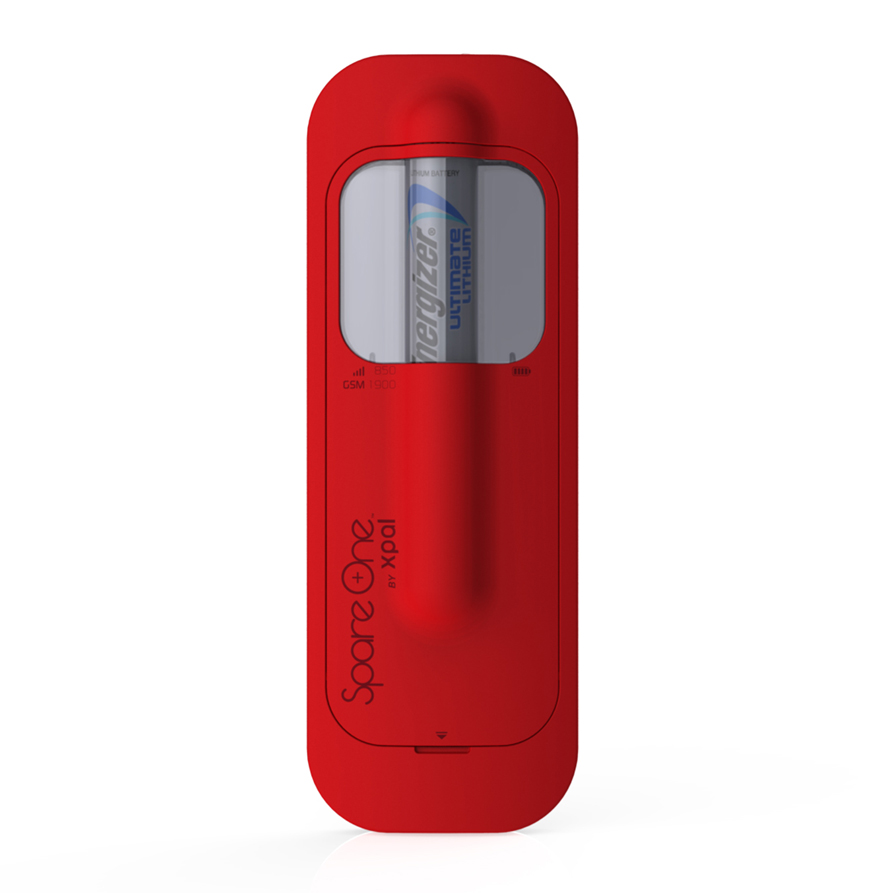 Although the waterspout photos were a new one for us, we've become aware of natural disasters in a way that would have been impossible twenty years ago, now that everyone with a cell phone camera is a de facto AP photographer. But there are plenty of disasters we have yet to see the inside of, because in the worst situations, your cell phone may have no juice, and you may be more worried about contacting emergency services than Instagramming a tornado.

It's for that scenario that Alan Cymberknoh of SpareOne XPAL Power designed their titular SpareOne emergency cell phone. Although we took note when it first launched, it recently won Gold in the 2013 IDEA Communication Tools category. A "game-changing preparedeness device," the SpareOne will always have power, provided you keep one commonplace object handy: A single AA battery. 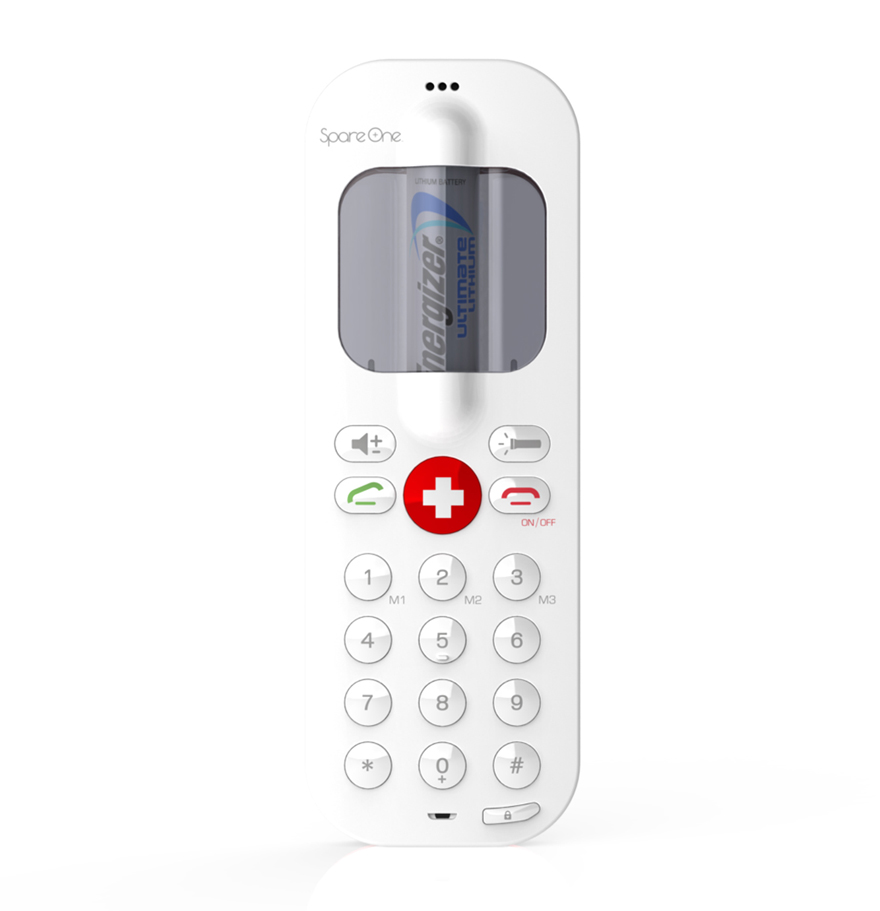 On the engineering side, Cymberknoh and co. spent two years working the power management so that the SpareOne could provide ten hours of talk time—and hold a charge for 15 years—on that single battery. On the design side,

...[The] SpareOne also contains a flashlight on top that provides 24 hours of continuous light; a dedicated 911 dial button to alert authorities, which works with or without a SIM card; the ability to preset nine speed-dial numbers; and a talk-through resealable waterproof bag with a humidity-proof seal. The floatable bag operates in extreme temperatures between -22 and 140 degrees Fahrenheit and protects against water damaged when submerged for up to 30 minutes at a depth of 1 meter. SpareOne was also designed with room to accommodate a few small items, such as credit cards, bandages and other small items. 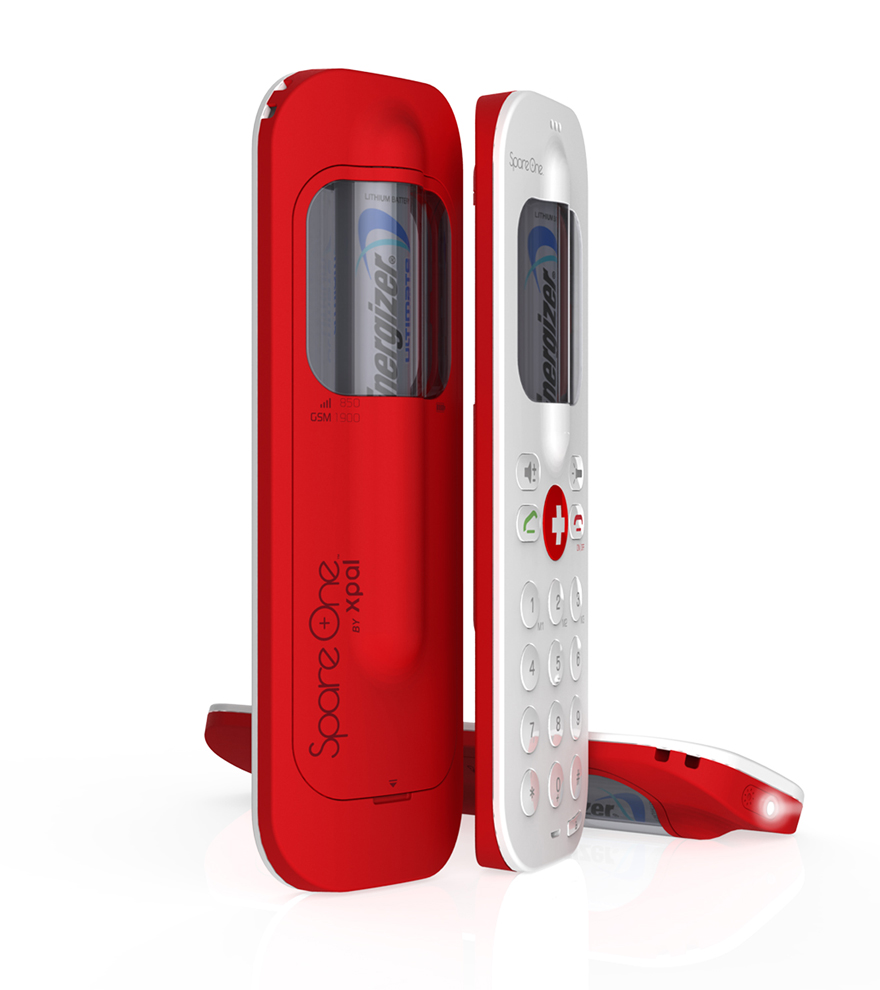 Ironically, the fifteen-year battery life of the SpareOne is likely to outlast current SIM card technology. But assuming the procedure for contacting emergency services remains the same, it's astonishing to think that you could buy a SpareOne today, insert a current battery, and dial 911—without a SIM card—during a hurricane in the year 2027.