In this continuation of the Material Matters: Wood series, we'll start talking about the specific properties of different wood species, and the terminology used to discuss those properties. Those of you who were paying attention during the previous MM:W entries will recognize some of the terms, but a little review never hurts.

Over 100,000 different species of trees have been identified worldwide. Many are endangered, many are inaccessible, and many more aren't suitable for use as lumber. In fact, only a very small portion of these species is harvested and dried for use, but that 'small portion' still comprises over 500 species.

Woods we see in everyday American life—pine, oak, and maple—make up a small and comparatively uninteresting group of species. Around the globe, however, woods vary widely in appearance and physical properties. Colors can range from pale yellows and grays to vibrant hues of purple, red, and green, and from rich browns to pure, solid black.

Density can vary from unbelievably light—balsa is less than 1/6th the density of water—to heavier than concrete. For example, the South American species Lignum Vitae is so water-resistant and dense that it is commonly used in bearings for large naval craft and hydroelectric dams.

Some species, like certain pines, are so abundant that they are used as disposable packaging material, while others, such as African Blackwood, are so rare that they can cost over $600.00 per cubic foot!

In order to fully understand these differences, and how they can affect your projects, I will cover some of the basic differentiating properties of wood and the terminology used to describe them.

Janka hardness is a good place to start when selecting a wood species. Janka is a measurement of the pounds of force required to embed a steel ball of a certain diameter into the surface of the wood. This gives a very good indication of how easily the wood will dent and scratch. Woods below 800lbf on the Janka scale can be dented by pressing on them with your fingernail, and as such shouldn't be used on surfaces that will experience a lot of physical contact. Conversely, woods above 2000lbf Janka are so hard that they can blunt tools and become very difficult to work with. Janka hardness is also useful in that it often coincides with structural stability. Woods that have a higher Janka hardness tend to be better load-bearing woods than those lower on the hardness scale.

Grain type is another important factor to consider. Straight grained wood is predictable and easy to cut and sand, whereas interlocked grain (wood that regularly changes its growth direction slightly, causing the layers of growth to interlock and overlap) can cause unwanted 'tearout' during cutting, planing, and/or sanding, as seen on the maple board on the far left below. This tearout occurred when I was trying to plane down the edge of the board—the blade caught a section of grain that was interlocked with the surrounding wood, tearing out the entire area instead of cutting straight across as I had intended. 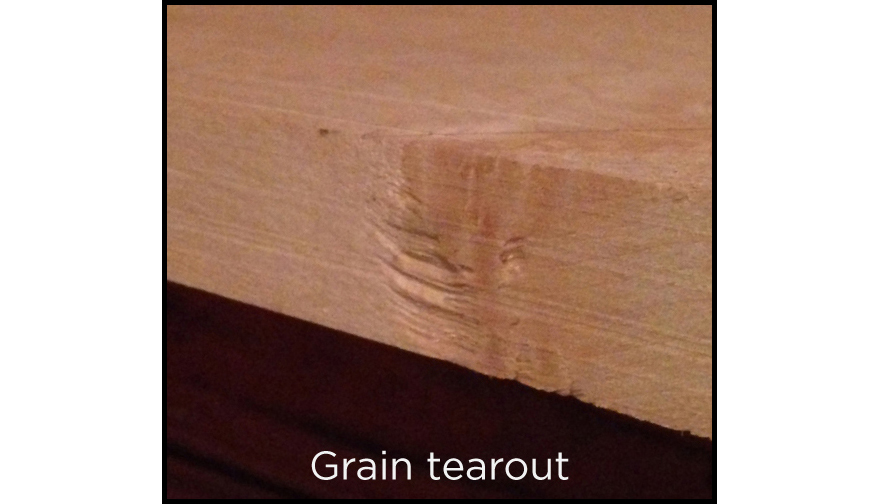 Certain factors, such as weighty branches and bulbous deformities called burls, can also affect the natural grain pattern, resulting in an effect called figured wood. The way that light refracts off of the surface of figured wood creates an almost holographic effect that can take the appearance of rolling waves and swirling pits, as seen in the images below. 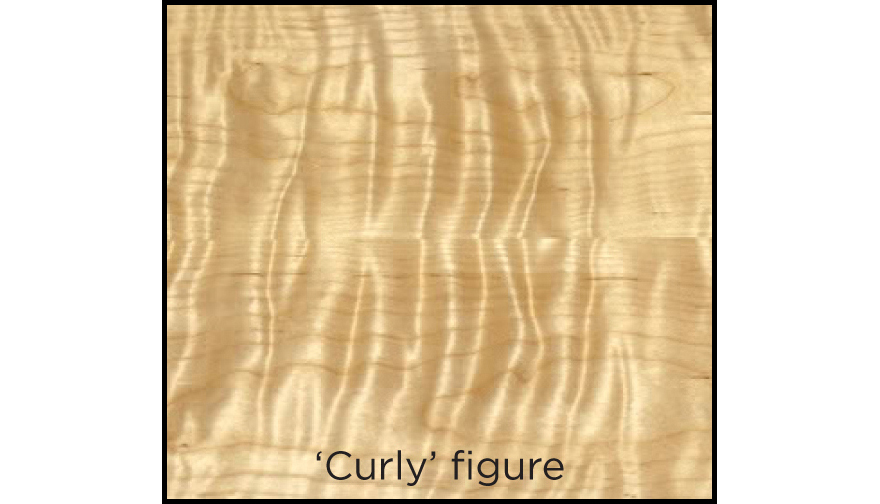 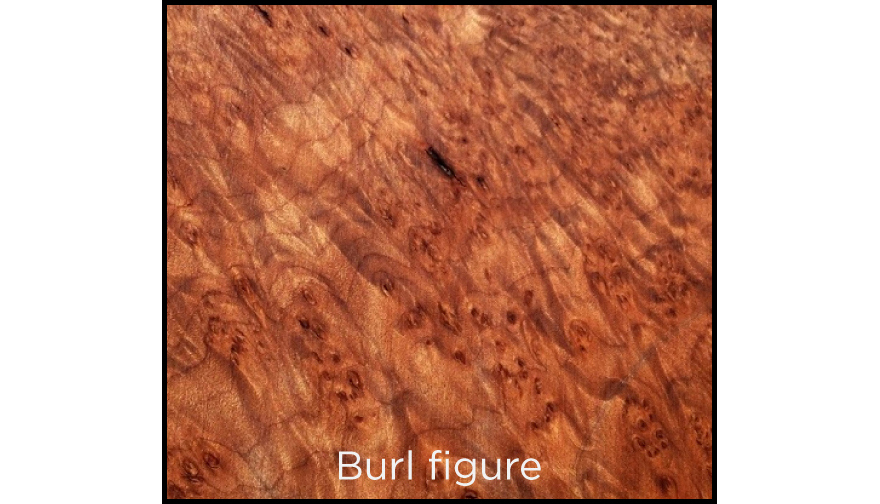 Porosity affects both the appearance and working properties of the wood. Ring-porous woods have larger pores at the edge of their growth rings, while diffuse-porous woods have the same size of pores throughout. This can affect the appearance of the wood, especially in pieces that are flatsawn, as shown below. Additionally, woods that are highly porous are harder to sand to a smooth finish, and tend to absorb more glue and finish than less porous woods. 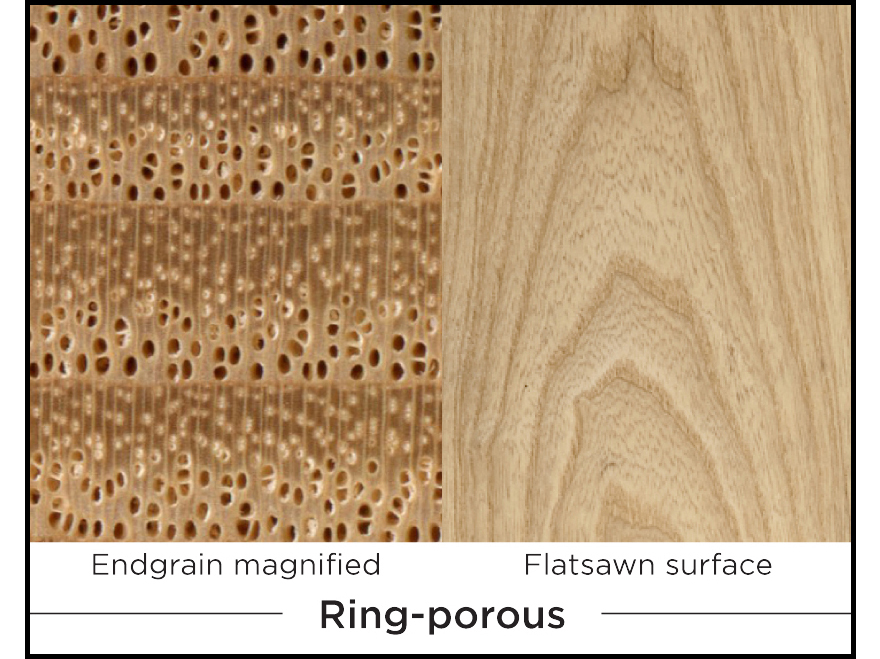 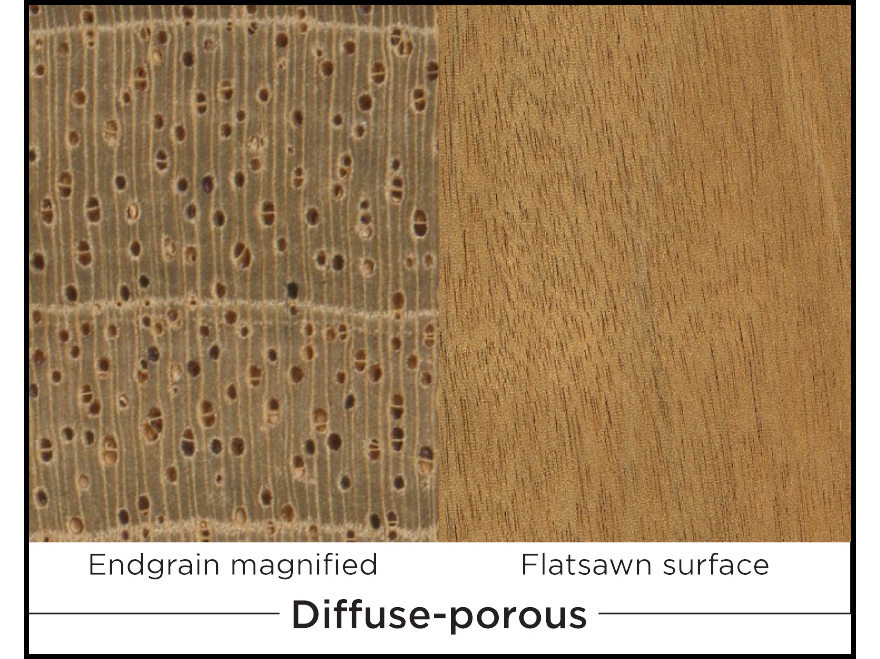 Shrinkage - the amount of dimensional change in a wood after it is dried - is also an important consideration, as it is often a good indicator of how much the wood will warp with changes to its environment - an effect called seasonal movement. Woods with high shrinkage rates should only be used in applications where warping is acceptable, or be avoided altogether. Even heavily finished pieces can experience seasonal movement due to changes in humidity and temperature, and if you've used a wood with high shrinkage, this change could be dramatic enough to entirely ruin a project.

Finally, color plays possibly the largest role in species selection. Wood can be stained and dyed to exhibit any range of colors, but arguably nothing beats the look of a nicely finished, unstained hardwood. Color can be consistent throughout the wood or vary between growth rings. It even change throughout an entire piece of lumber. The sapwood (area of wood just behind the bark) is usually lighter than the heartwood in the center of the tree. External factors can alter the color of the wood as well.

Spalting occurs when a tree is infected with a fungus, staining the wood with various streaks and rings of altered colors. 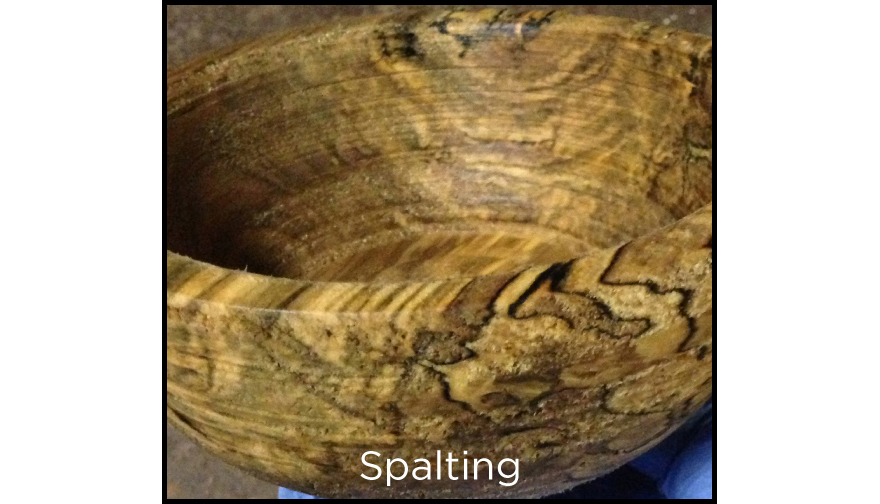 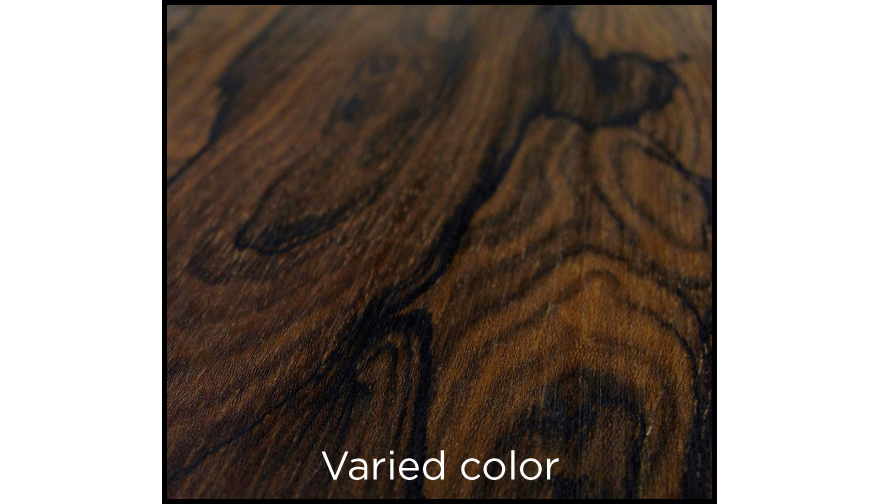 Finally, some woods will contain natural defects such as knots and pits where branches joined the trunk. In some cases this can be a desirable appearance, while in others it can result in lots of extra work and wasteful scrap. 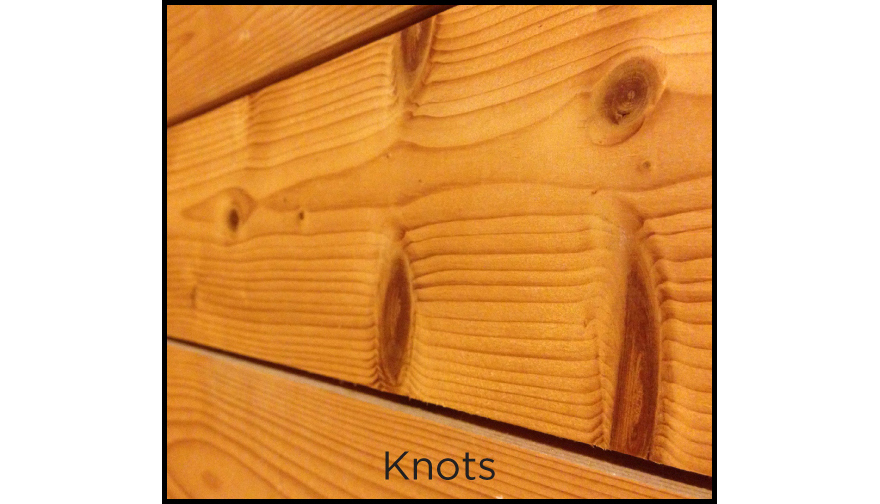 With the variety of colors wood can exhibit, you can almost always find a species that naturally compliments your project.

In next week's article, we'll look at some commonly-used North American species and their unique traits.