Everything in the built world has been designed and crafted by someone. This is not news to most of us, but I'm amazed that even as engineering and design have taken more visible roles in shaping how we experience the world, there are still so many who see themselves as consumers, not makers.

We Are Makers is a new short film that explores the workshops and institutions shaping a new generation of makers and designers. It's the first documentary on the Maker Movement—a global cultural shift aimed at empowering more people to create. Most of the film was shot on location in New York last spring in places like the School of Visual Arts, NYC Resistor and the New York Hall of Science. But it wasn't at all clear from the beginning that the film would take the shape it eventually did.

I work with a team of media producers and storytellers at Abilene Christian University, and when we were approached to produce a film on making in education, the goal was purely local, something focused on our immediate community. Faculty and staff at ACU were planning a large digital fabrication space to support engineers, designers and makers on campus, and the film we produced would essentially make the case for this new idea. Over the course of several interviews in just a couple of weeks, we realized we were tapping into a broader story about the full spectrum of makers in museums, hacker clubs, design schools, creative businesses and communities everywhere.

It's clear today there's a growing emphasis on craftsmanship and a return to making with the hand, that we can and should reclaim this somehow-forgotten part of our human identity. But I've noticed there's a certain complexity to this new movement that distinguishes it from past eras of DIY and craft. This is an open movement. It blurs the lines between disciplines, it encourages the generalist, and it seeks to bring together makers of all kinds. Today, the focus is on increasing access. It's about fostering a universal sense of creativity, and it's about making sure the tools are within reach for everyone.

In our visits with Dale Dougherty of Make Magazine, Allan Chochinov of SVA and Core77, Liz Arum of MakerBot and the others we've captured in the film, it quickly became clear this was not really a story about tools or places; the human element took center stage. It's not hard to imagine how this struck us. As makers ourselves, immersed daily in the creative process, this project felt deeply personal and intimate in an uncanny way: this was also a story about us. 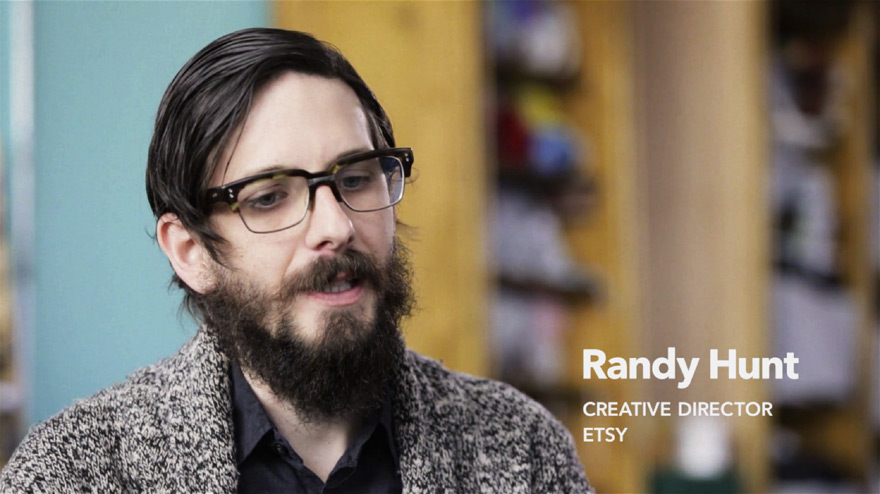 Randy Hunt, creative director at Etsy, touched on an important ideal when, halfway through our interview, he said, "It's always felt very strange to me that people would self-identify as 'I am creative,' or 'not creative.' I believe that everyone is creative, or can be satisfied by the act of making things."

And that's it. That's the transcendent promise of the Maker Movement, to me, in three words: Everyone is creative. I reject the notion that some of us are inherently better suited to shaping our world than others.—which is precisely why we can't ignore the clear barriers that continue to restrict people young and old from realizing their creative potential.

While the Maker Education Initiative and the White House, among others, are taking noteworthy steps to counter this problem, there are no simple solutions on the table. But the maker in all of us remembers a time when we were limited by access to tools, and I'm sure we remember a time when a barrier was broken and we realized a new level of creative freedom.

We Are Makers began as an invitation to conversation for our local community to see the spark of creative expression as something essentially human. I'm humbled to find that message has found an audience among makers and designers around the world.

If you're also passionate about the power of creativity to shape culture, we've shared additional interview footage on emerging projects like Maker Faire, the Internet of Things, and the future of the public library at wearemakers.org.