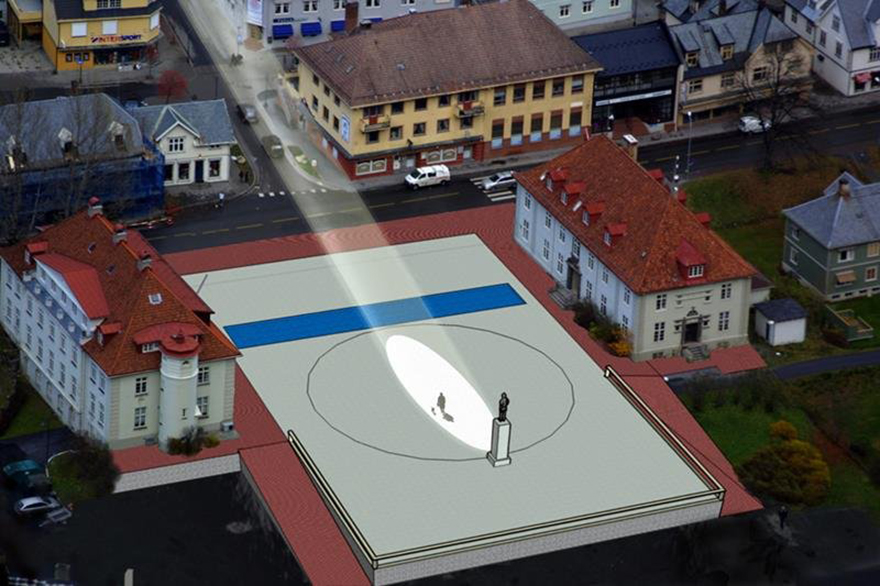 During several wintertime visits I've made to the Scandinavia, I found the nearly 24 hours of darkness novel; but living there, I'd find it depressing. It's natural to crave sunlight, and now the Norwegian municipality of Rjukan is enacting a nearly 100-year-old plan to bring some Sol into their town square. Three huge mirrors (totaling 100 square meters) known as heliostats will be placed atop a nearby mountain. Sensors and motors will adjust the mirrors to reflect sunlight directly onto the combination town square/skating rink, providing a sunny spot where people will naturally want to gather. 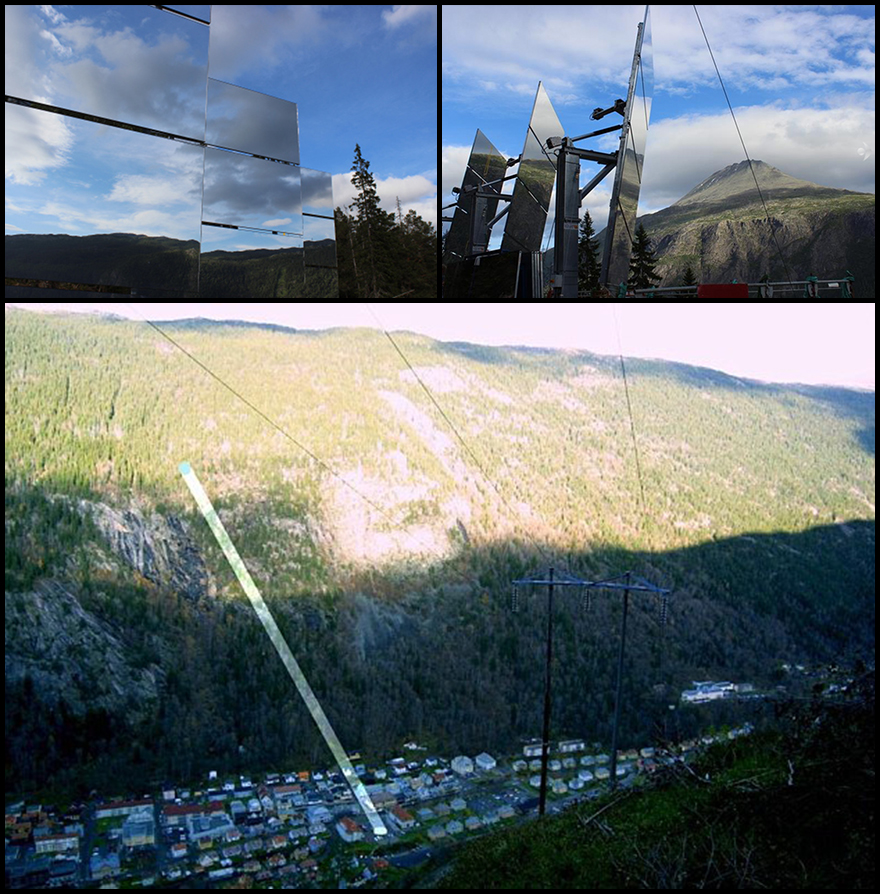 The concept isn't new; the long-since-passed town founder and engineer Sam Eyde reportedly first had the idea in the 1920s, but lacked the technology to make it work. And at least two other sun-starved municipalities developed similar plans: Austria's Rattenberg looked into installing 30 heliostatic mirrors in 2005, though their US $2.4 million plan was ultimately scuttled. The tiny Italian village of Viganella, however, successfully installed their own 8-meter by 5-meter mirror the very next year. 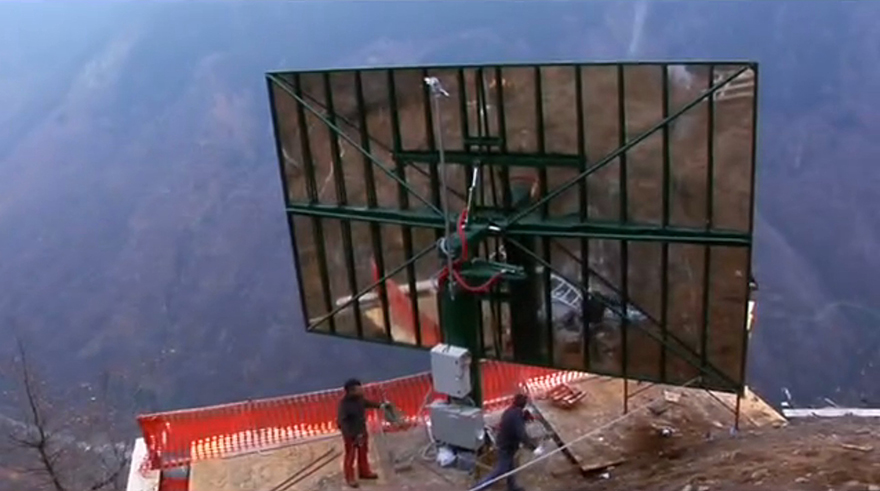 Viganella's story in particular was unusual and interesting enough that filmmaker David Christensen made a documentary about it. Called Lo Specchio ("The Mirror"), the trailer is below:

My favorite bit is the jaded Italians convinced that it won't work. Like the cameraman lensing the mirror, prior to it catching any sunlight: "You can't see a fucking thing," he mutters. 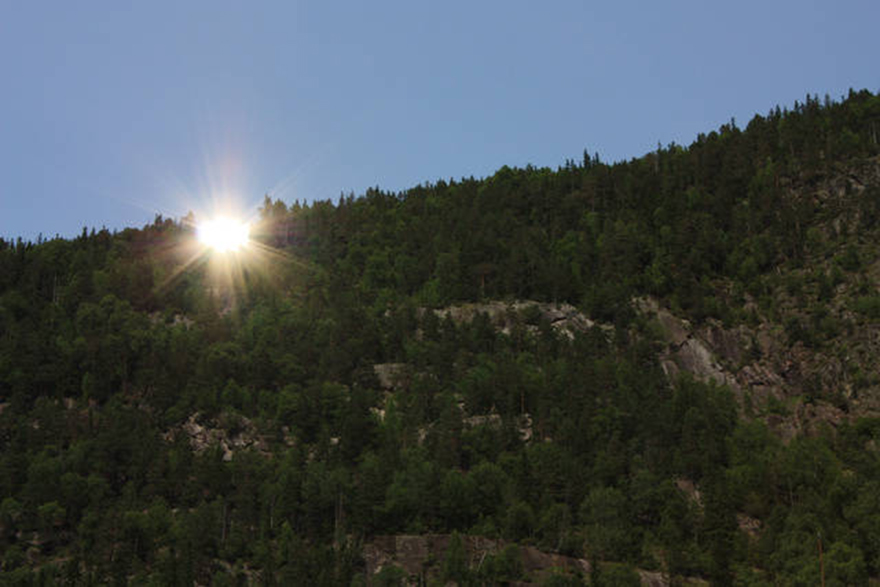