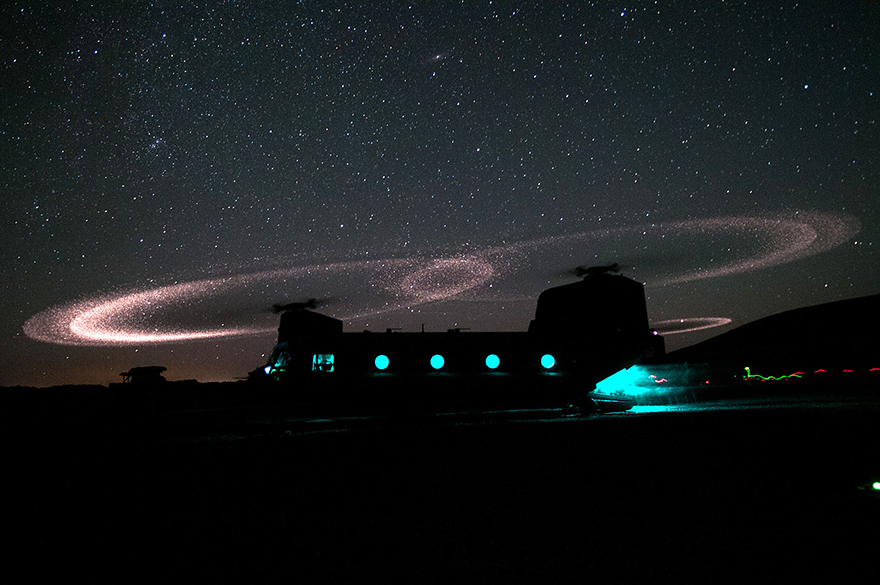 What you see above is what occasionally happens when helicopter rotors meet sand and dust, and when the surrounding environment is dark enough for you to see it. It's called the Kopp-Etchells Effect, named for Benjamin Kopp and Joseph Etchells, an American and a British soldier, respectively, who were killed in Afghanistan. The name was conferred by war photographer Michael Yon, who had begun documenting the phenomenon several years ago. While the photo above was shot last year by U.S. Army Sergeant Michael J. Macleod (whom Time quoted last week as saying "During my last major engagement, I shot 29 bullets and 212 images"), Yon photographed the sequence below back in '09: 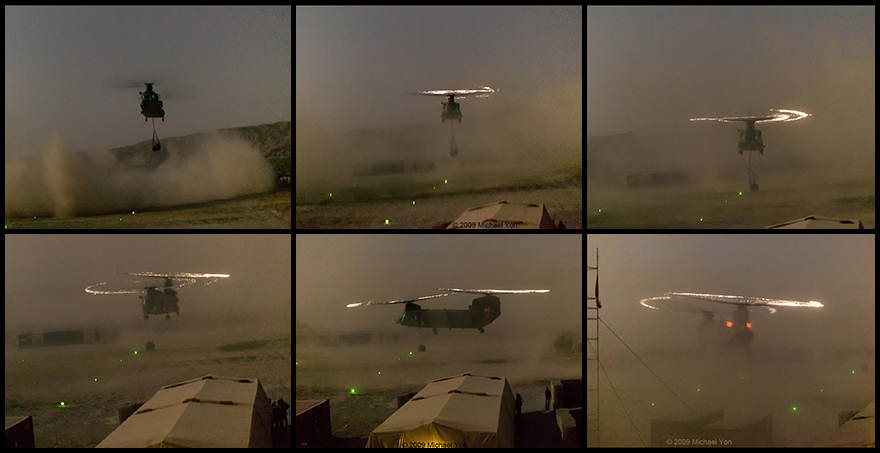 So what exactly is happening there? Prior to naming the phenomenon, Yon sought answers from pilots and one provided this explanation:

Basically it is a result of static electricity created by friction as materials of dissimilar material strike against each other. In this case titanium/nickel blades moving through the air and dust. It occurs on the ground as well, but you don't usually see it as much unless the aircraft is landing or taking off. The most common time is when fuel is being pumped. When large tankers are being fueled they must be grounded to prevent static electricity from discharging and creating explosions."

Kyle Hill from the Nautilus blog, however, looked further into it and found dissent on discussion boards about what would cause the Kopp-Etchells Effect. After doing some research, he developed an alternate explanation. The full description in all its scientific glory is written out here, but to nutshell it for you:To prevent early degradation, most helicopter blades are coated with an abrasion strip. This strip, typically made of a metal like titanium or nickel, prevents the leading edge of the blade from being worn down too quickly by the various particulate hazards of the atmosphere. This abrasion strip can handle a lot of wear and tear, but the desert is a harsh environment. Sand is harder than the titanium or nickel that makes up the abrasion strip, so when a helicopter's blades begin cutting through a cloud of sand, the particles hit the blades and send bits of metal flying into the air.

It turns out that the metals comprising the abrasion strips on helicopter blades can be pyrophoric--they can spontaneously ignite in air. But of course this doesn't happen in normal circumstances; we don't see bricks of nickel bursting into flames. Rather, the spinning blades of the helicopter generate a cloud of metal particles. Once in that form, the metal particles can ignite and light up. Like sawdust or flour, finely powered metal can and does explode.

Few of us civilians will ever get to witness the Kopp-Etchells Effect. And as Yon points out on his site, those that do get to witness this visual treat can pay a heavy price of admission. "Night after night, helicopters keep coming," Yon wrote from Afghanistan. "Last month a civilian resupply helicopter had tried to land at this exact spot but was shot down on final approach. Two children on the ground and all persons aboard were killed.

"The helicopter crews earn much respect." 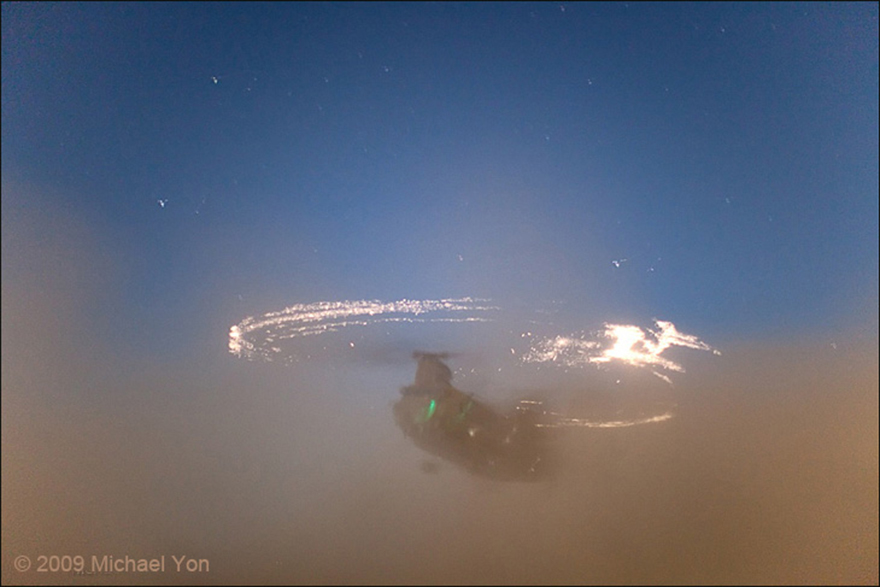 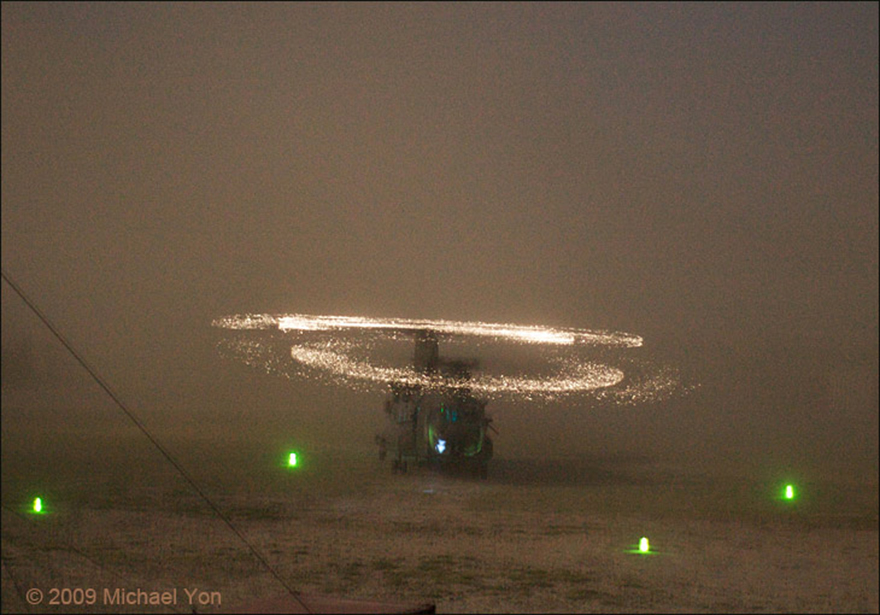 Via Nautilus and Michael Yon