Who Invented the Umbrella: The Romans, the Chinese, or Frogs? 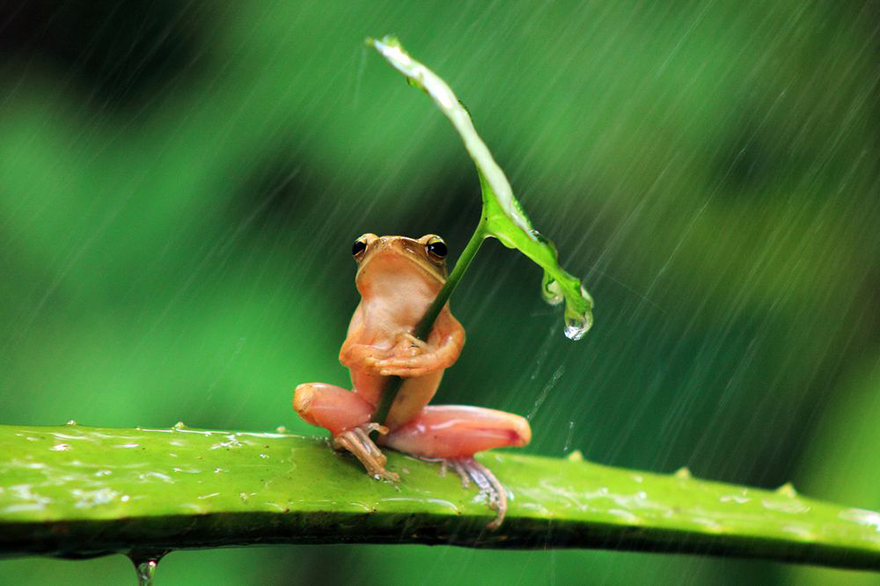 We've seen umbrellas stuck into car doors; optimized for wind resistance; slapped onto bikes; and the design potential for this simple device is so great that we even ran a series on umbrella innovations earlier this year (here's Part 1, here's Part 2). The umbrella is one of the longest-lived objects I can think of (and a great example of early design). We know the Ancient Greeks and Egyptians had parasols for sun blockage, and that the Chinese had developed a collapsible umbrella design as early as 21 A.D. But who came up with the idea of the umbrella in the first place?

The amazing photos here, captured by Indonesia-based photographer Penkdix Palme, make you wonder: Was the umbrella's invention biomimetic in the sense that we saw an animal doing this and then emulated them? Or is it simply common sense that early man, caught in the rain, seeks to block it by holding a deflective object above their head? 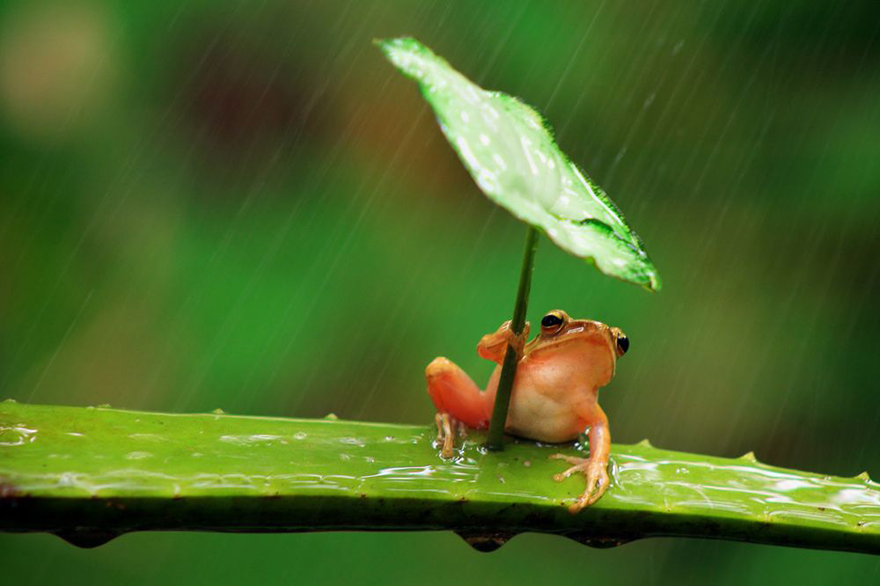 Whichever you believe, there's no question that Palme's photos are stunning. Your initial reaction may be to assume that they're faked, but Palme's work is being shown by National Geographic, and I'd like to think they would've sniffed out any hijinks. 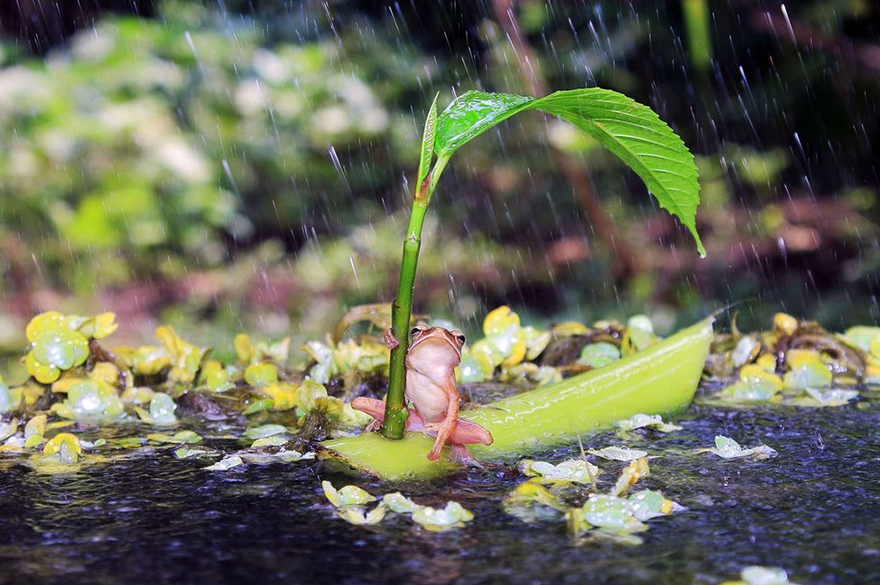