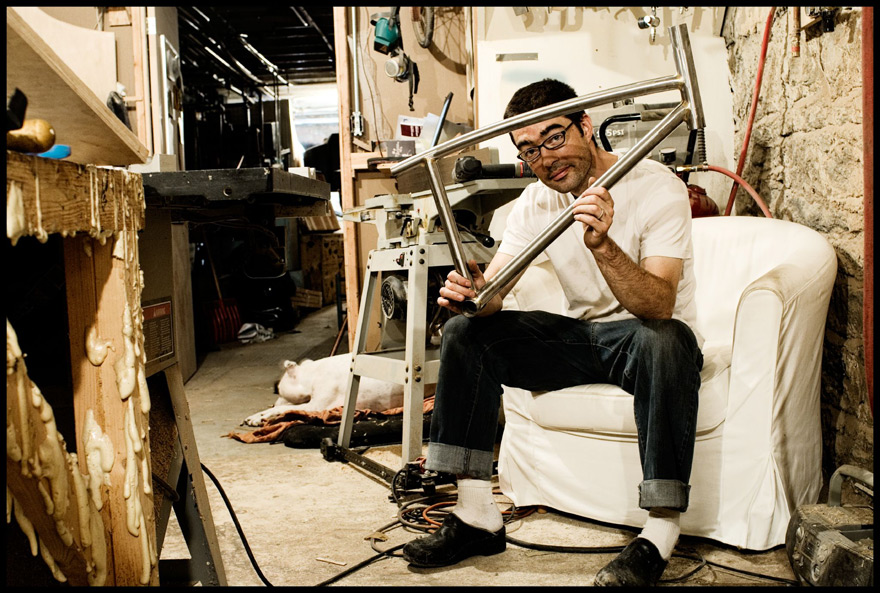 "I think the bike is inherently the most perfect thing that people have ever designed."

So says Ezra Caldwell, who isn't exactly known to exaggerate, a framebuilder who holds a unique place among their ranks, not least for his unusual background. At least a couple of clichés—Jack-of-All-Trades and Renaissance Man—come to mind, yet his story is anything but: the son of a woodworker, he enrolled at the University of Arts as an industrial design major, only to discover that he disliked the curriculum and "ended up in the dance department somehow and got stuck dancing for 15 years." Despite the fact that Caldwell was talented enough to land a cushy part-time teaching gig after a decade in the dance world, he eventually found himself back in the shop; by 2007, he decided he liked bicycles (and had grown disenchanted with the performing arts) enough to dedicate his life to building custom bicycle frames.

Fast Boy Cycles was barely a year old when Caldwell received a devastating diagnosis of colorectal cancer; up until that point, about five years ago, he "really did get everywhere on a bike." I first learned Caldwell's story via this beautifully executed short film in the documentary series "Made by Hand":

If the short doc successfully transcends the tragic trope of a gifted artist stricken with a terminal illness—a trait that threatens to consume the victim's identity even as he accepts his fate—it's a bit surreal to see him in the flesh, and in high spirits no less, when I visit him in his basement workshop in an unassuming brownstone in Harlem. "It may not seem possible to believe, but I am so happy right now," he declares. "There are parts of it that really bum me out, but on balance, I would say I'm the happiest I've ever been."Hunched over a lathe in a navy blue machinist's uniform, Caldwell is talkative, chatty even, projecting his slight drawl—dropped g's but no other indication that he's from southern Vermont—over the soothing whir of the machine. He's diligently crafting "pill flasks," bullet-shaped brass vials of his own design, which he has promised to sell on a first-come-first-serve basis to his loyal following on "Teaching Cancer to Cry," his personal blog.1 Last week marked the fifth anniversary of the ongoing chronicle of his life as a cancer patient, and his remark that "it occurred to me that starting a blog might be a great way to keep people up to date as things develop" in his very first post resonates, in hindsight, as somehow both precious and prescient.

"I've made dying into a performance art piece."

Caldwell is humble to a fault, but he makes the assertion with conviction beyond irony. In addition to being exceptionally earnest, he is also very articulate, and writing is yet another medium for him to express himself. His lucid writing style is not far removed from the measured stream of consciousness of his speech—more deliberate, perhaps, but with the same winsome eloquence and dry wit—which evokes an immediate sense of intimacy both in person and on screen. As a longtime performing artist, he is clearly comfortable in front of an audience, and "Teaching Cancer to Cry" is about as candid as the Internet gets; his readers respond in kind with unanimously sympathetic comments.

The launch of the blog coincided with Caldwell's pursuit of photography as another creative outlet, and he still laments the recent redesign of Flickr, which was (and still is) his only social media presence. He acknowledges that the community made him a better photographer and offered their support when he was initially diagnosed with cancer, not to mention the site's instrumental role in Fast Boy Cycles: "When I began building bikes, I already had an audience. Because of Flickr, I have never had to advertise, and I have never been without work." 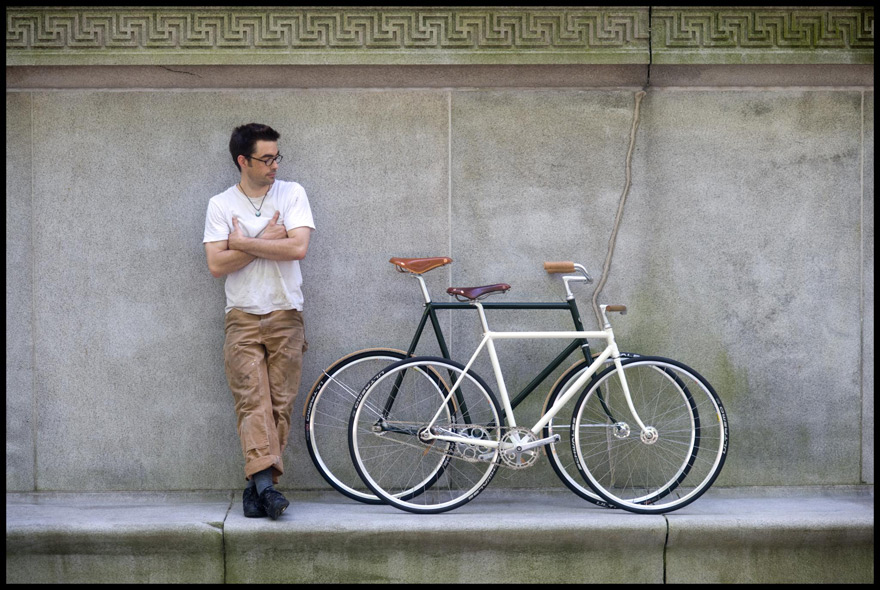 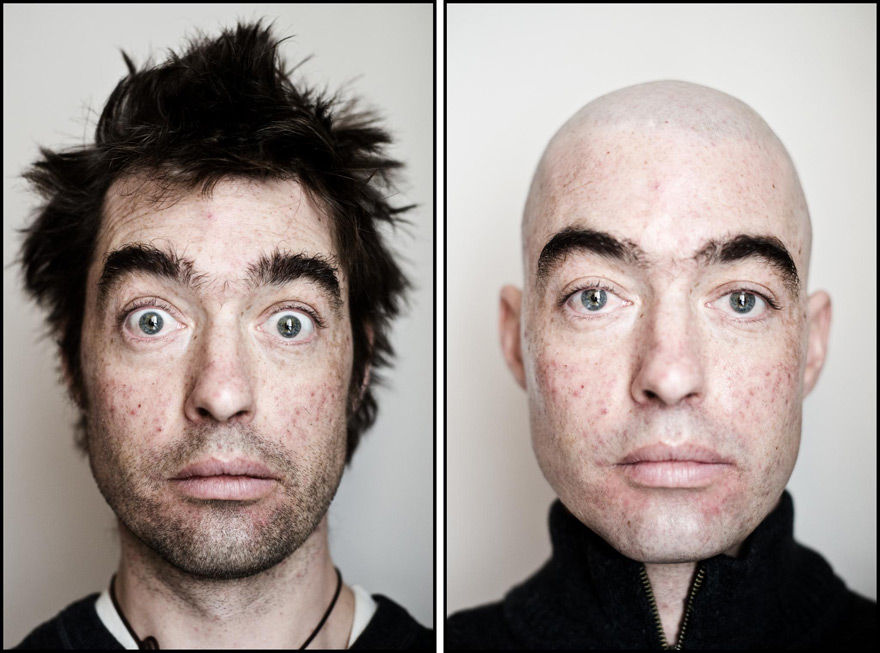 So too did Caldwell's Flickr following offer their support when he was initially diagnosed with cancer, when he turned to self-portraiture as "a way of understanding what the hell was happening to my body—taking a picture of myself and realizing that my face was melting." These images implicitly and explicitly serve as a document of his mortality—his lifework, if you will—over the course of five years of affliction and recovery. Following his initial reaction to the new Flickr, Caldwell has since launched his own photography site, where he has had some success selling batches of his photographs (all of which he prints himself).

The balance of the photos, though, are snapshots of family and friends—his dog Putney turns up almost as much as he does—as well as his culinary adventures. Browsing his Flickr feed (he had a chance to visit J.P. Weigle just before the redesign) and the daily photos that he's posted on his personal site since he left Flickr, you would hardly know that he is, by his own account, "full of fucking tumors in my guts and where my asshole used to be."

"I made the decision to let the disease kill me as it does."

At this point, Caldwell has already outlived the 6-to-8-month window he'd been given last December—one doctor gave him a year at most, but prognostications are moot—and he has long since moved beyond the numbers game that could figuratively kill a man. He paraphrases the doctors' twisted logic: "You have a 20% chance of responding to [this type of aggressive chemotherapy]... which would give you a 5% chance of living another two years." Fed up with the runaround of recurrence and remission, Caldwell opted to forgo a third round of intensive chemotherapy—six months of "guaranteed discomfort"—and he has been able to persevere and even pursue new projects such as the 'Ultimate Tight Ass' (UTA) bicycle, which will be auctioned at the show, and the pill flasks that he is making before my very eyes.

Of course, he made the first of the discreet screwtop containers for himself, to store his daily dose of medication to keep the pain and fatigue at bay. "I'm on a baseline of narcotics that (I would venture to guess) would leave you in a coma," he says, not boasting in the least; coupled with amphetamines to combat fatigue, both his body and his mind are operating on borrowed energy simply to get him through the day. "Managing the pain was a kind of high-wire act—it took total focus to make it through the day and get the pain under control. [With medication], all of sudden, I've got all of this energy that was focused on dealing with that." 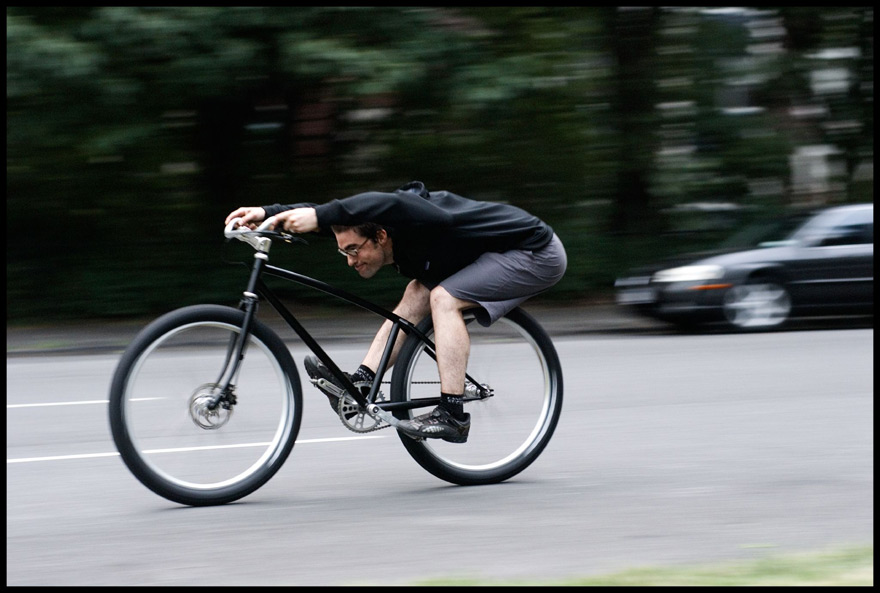 With the pain under control, Caldwell is not afraid of death. On the contrary, he embraces his fate: "I imagine death is sort of beautiful in its completeness—I don't feel the need to understand it in another way." A self-described "staunch atheist," he has come to terms with his impending demise, and instead of counting down his days, he has resolved to cherish them.

Still, at 39 years of age—not even halfway through his adult life—Caldwell betrays just a hint of bitterness when he reflects on his circumstances2: "I'm having a really good time... I come down to the shop and I'm like, 'I'm just getting good at this shit.' I've got this studio where I get to make art, I'm excited about what I'm making. Like, 'This is really inconvenient—I could use some more time'...

"There's a certain manic quality with which I'm making things these days..."

Watching him work, I can't help but imagine that he is somehow imbuing the hand-turned vials with magical powers—imperceptible to the five senses but surely there, somewhere—transmitting his remaining life force by some unseeable, unknowable metaphysical process to what started out as a four-foot brass rod and a handful of store-bought bolts. The handsome, well-balanced talisman is a de facto good luck charm and, in some ways, a curious token of dependency. "It's like I'm finding ways to leave pieces of myself with people," he jokes. "Spending hours at the lathe, making these bizarre little things, so people can have me in their pocket." 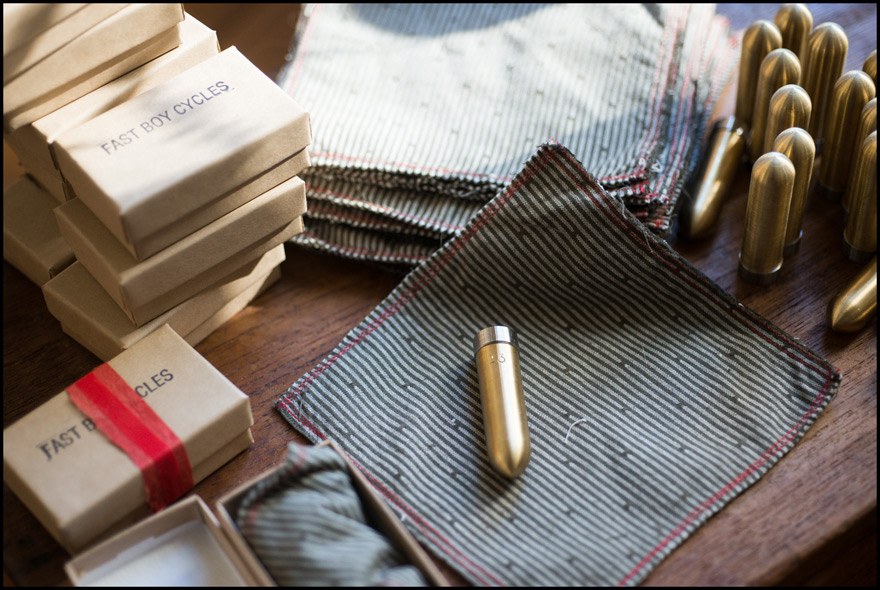 It's a blunt metaphor—at once a memento mori and a life encapsulated—but there's no denying that the empty vessel is a beautiful object and, more importantly, it works. As he's wrapping up, Caldwell notices that he'd forgotten to round off one of the bolts and he eagerly demonstrates a bit of technical prowess. "I'll see if I've got my touch... it's a two-axis movement to make the dome over the end, so the threads engage really easily..."

My untrained eye can't tell the difference, but Caldwell, ever the perfectionist, immediately detects a defect. "I give a shit about the inside of somebody's pill flask..." he mutters in mock disbelief—the fact that it's a good excuse to get back in the shop later outweighs his chagrin. For now, he's calling it a day because he's trying to squeeze in a few rounds of pool, his favorite pastime, before dinner. "I always said that I'd play pool in my retirement, I just didn't expect it to be so soon."

It turns out he'd officially retired from building bicycles fairly recently, in March, but it strikes me as It's something of a grotesque euphemism since he seems to be working as hard as ever these days. "I feel like now that I'm dying, I've given myself permission to sort of make whatever the hell I want to and not limit it to bicycles."

The pill flasks sold out in seconds, as he'd predicted, when he put them on sale last week, but rest assured Caldwell is looking forward to make more. 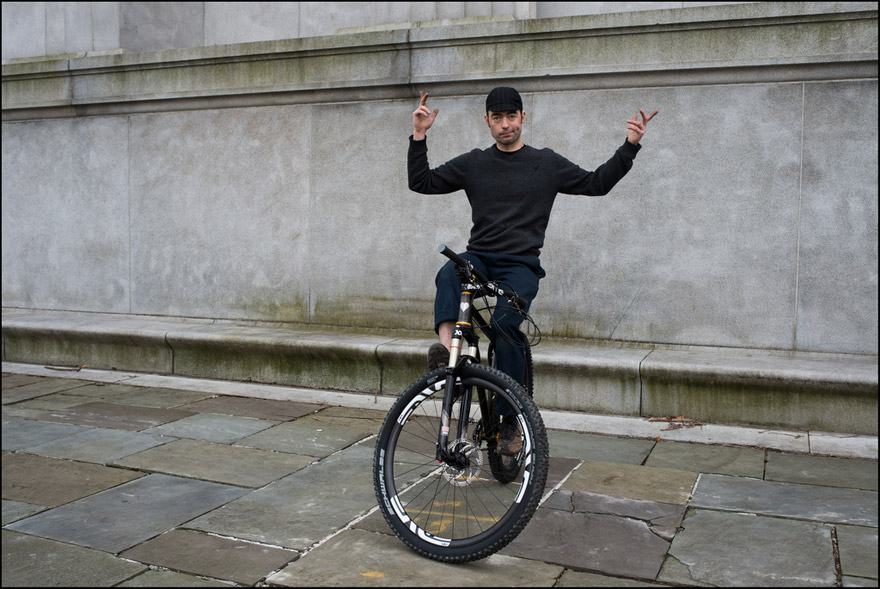