Introducing the BMW i3 Electric Car: Head of Design Adrian van Hooydonk on Bringing Carbon Fiber to the Mass Market & the Future of Auto Design

As of this morning, the folks at Munich's Bavarian Motor Works—a.k.a. BMW—have unveiled the new all-electric BMW i3, the first in their 'i' sub-brand. We first caught wind of their efforts at the 2012 NY Auto Show, and while the production model doesn't look that far off from previously-seen prototypes (side-by-side comparison here), rest assured that the design and engineering teams at BMW have spent some five years bringing the new vehicle to market.The vehicle concept behind the BMW i3 was designed from the outset to incorporate an all-electric drive system. This has numerous advantages over "conversion" vehicles, in which the original combustion engine is swapped for an electric motor. The engineers can design whatever works best, in terms of construction, dimensions and configuration of the electric drive system's components. The car's development is dictated by the characteristics designed into the car by the development team and not by the constraints imposed by a pre-existing vehicle design. For example, the space in a conversion vehicle set aside for the fuel tank or exhaust system cannot be used. In the BMW i3 there is no need for this kind of compromise.

The new automobile offers a veritable carload of talking points, but here's the nitty-gritty: - The BMW i3 will be available in Q2 2014 with a sticker price of $41,350 before federal and local incentives; a range extender option costs about 10% more - The range of 80–100 miles on a single charge is consistent with data from BMW Project i, in which 1,000 drivers logged over 12 million miles to yield the finding that the average distance traveled per day is 30 miles - The 170-hp engine is electronically limited to a top speed of 93mph - Preliminary acceleration testing yields results of 0–30mph in 3.5 seconds and zero to sixty in approximately seven seconds - The 22 kWh lithium ion battery weighs 450lbs (204kg) and takes three hours to charge via 220V power supply; an SAE DC quick charge option takes only half an hour - Total weight is about 2,700lbs (1,225kg) - Aluminum chassis with carbon fiber panels; thermoplastic exterior acts as an extended bumper for added durability in urban settings - The dashboard is made from sustainably-harvested eucalyptus

That's right, BMW has elected to develop their own carbon fiber production, right here in the U.S. of A. Even so, I was interested to learn that this process takes place across three-quarters of the globe: the precursor polyacrilonitrile (PAN) comes from Japan; it's transformed into CFRP—carbon fiber reinforced plastic—in Moses Lake, WA, and assembled in Leipzig, Germany (additionally, about 10% of the CF is recycled). Thus, the fact that carbon fiber is extremely lightweight surely saves cost on transportation of raw materials as well; the New York Times has a nice overview of the process.

Why Washington State? Well, besides the fact that its a hotbed for aerospace engineering, it so happens that a renewable energy source was paramount, and access to hydroelectricity, which offers a 24/7 solution over solar or wind power, was a major selling point for the lakeside locale. State Governor Jay Inslee described it as a case of "using carbon to build cars instead of to fuel them," going so far as to suggest that the "more carbon goes into the car, the less goes into the environment." (Mayor Michael Bloomberg also made a few brief remarks, acknowledging his city's abiding car culture and the fact that he used to own a Bimmer.) 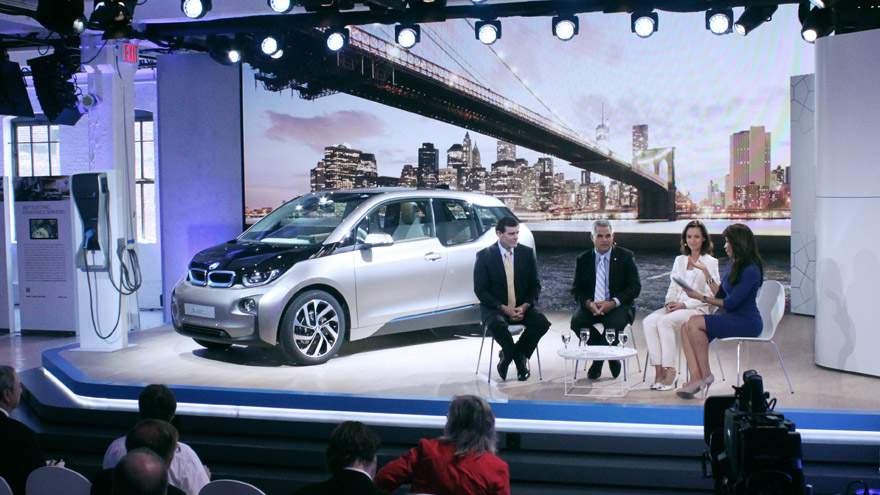 A panel discussion on infrastructure during this morning's global debut, simulcast from New York City, London and Beijing

I was also interested to hear an offhand comment from BMW Head of Design Adrian van Hooydonk to effect that the relatively nimble manufacturing process could eventually occur in local markets. He clarified that this was a possibility (but not planned for the time being):[In terms of production, the primary issue is] the amount of energy that it takes to build to these cars. So we came up with this new process that uses far less energy than [what is required] to bend metal. The means the machines are not as heavy, and you end up with a factory that you can [conceivably] build more quickly, one that is smaller—one that you could even build up and take down again.

Whereas a conventional factory, you have to do a significant amount of investment and groundwork before you can even put those machines there. So it could be an added benefit, one day, that this type of production is far more flexible and could be set up in different places. 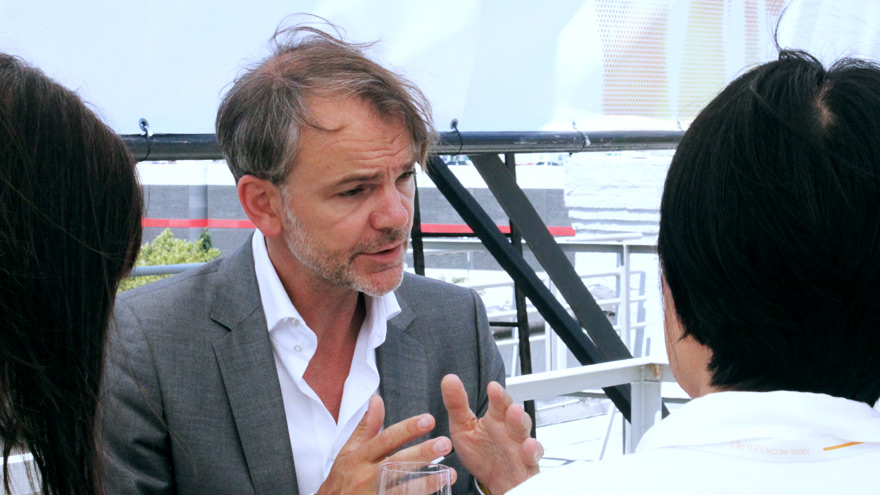 We last spoke to van Hooydonk during NAIAS 2011, so we were glad to have the chance to catch up with him on the occasion of the launch of the i3—he shared the trajectory of BMW's efforts to develop an electric vehicle and what's on the horizon for the storied automaker...Core77: With the debut of the i3, it's clear that BMW's previous electric vehicles were experiments in technology, predecessors to the new car...

Adrian van Hooydonk: That's right—because with the new drivetrain, we wanted to take a step-by-step approach. The electric drive is very new for us, so we [initially] decided to put the new drivetrain in the smallest car we had, which was the MINI. When we reached a certain level of technological progress, we made 500 of them, which were driven around the world by various customers. They gave us feedback.

Then we built 1,000 BMW 1 Series with an electric drive called the Active-E. We learned even more from that—that was then the more final drive train that you'll see in the i3, but [we've made it] 300kg lighter. That's how we made a step-by-step development of this electric drive. 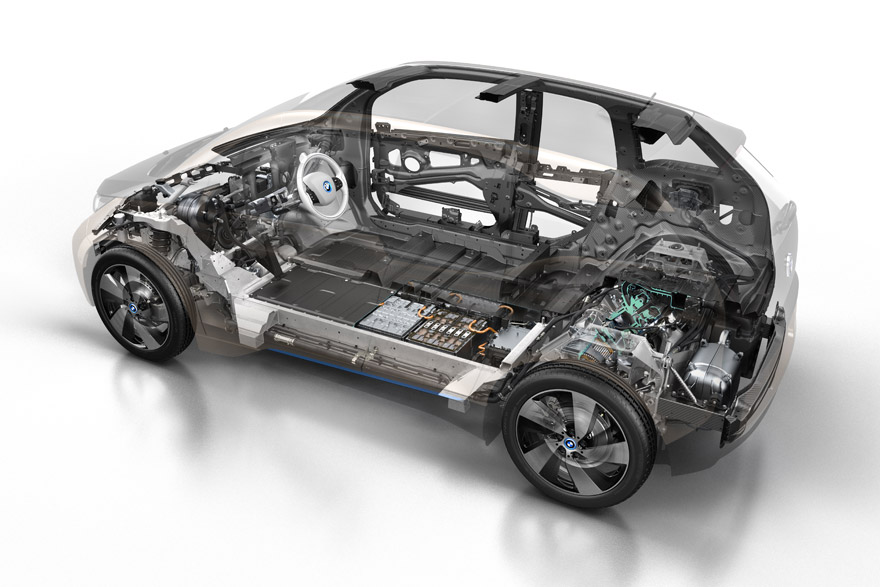 In terms of design considerations, I know you worked closely with the Engineering team; what kind of constraints did the electric vehicle entail?

Pretty early on in the project, we found out [that] in order to achieve this amount of weight reduction, we needed to use a different material. Most of our cars are made out of aluminum, so carbon fiber came up. We learned from the engineers that we have to build the car in a different way, and actually it also offered some new opportunities—by using carbon fiber, we were able to make these double doors, without the B-pillar, which wouldn't have been possible in a normal metal structure.

The material is also nice to look at, so we wanted to show it—when you get in and out of the car, you see the carbon fiber. 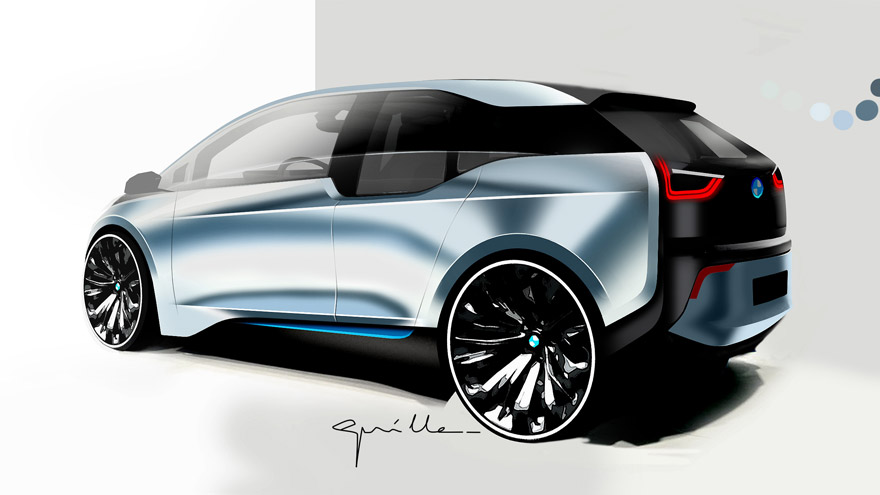 In the automotive industry, a lot of innovation has come from, say, Formula racing (i.e. the highest level of automobile performance). Now, you're looking to approach it from the opposite angle, to bring the cost [of carbon fiber production] down for mass production. Was that kind of a shift in thinking, from the performance aspect to consumer aspect?

Absolutely—we know how to build racecars, as you know, but in a racecar, you can take your time. We knew about the structural capabilities of carbon fiber and we wanted [to use it for its] rigidity, but we needed the speed of a normal production process. We ended up with something in between. We had to redesign the production process, and [we've gotten it] pretty close to the speed of the production with the metal parts that we produce.

That, of course, was the engineering [breakthrough] that was necessary to get to this point. 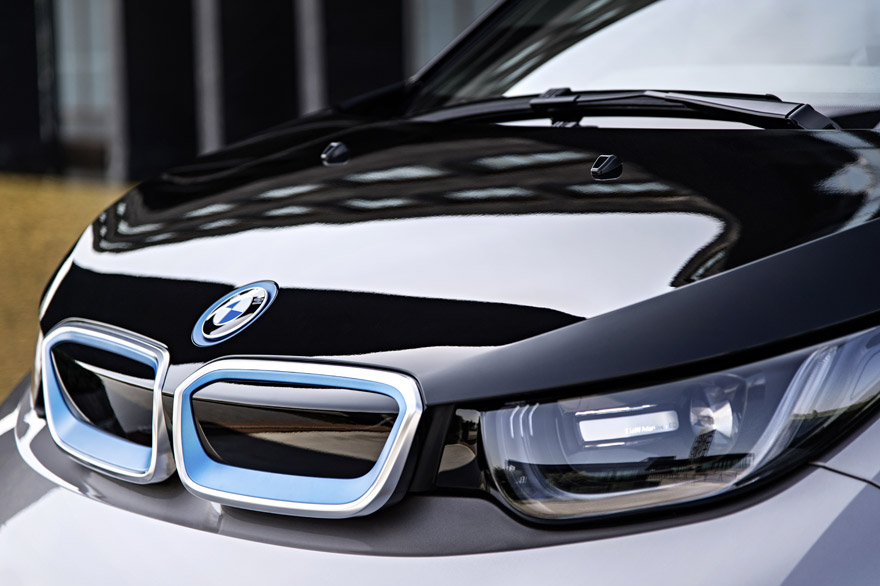 Regarding the design, you noted that the signature 'kidney grill' doesn't serve as a vent for an electric vehicle—it's purely aesthetic, to tie it back to the BMW brand. Why did you decide to launch an electric vehicle as a BMW as opposed to one of the company's other marques?

It was very important for us: this is about a new type of motor, an electric motor. BMW stands for Bavarian Motor Works, and everybody knows that engines are our core competency. We felt that if we were to do this under the BMW brand, people were going to take it very seriously, and they were going to expect a high level of sophistication from this drivetrain.

And then of course, the kidney-shaped grill is all that we have to put for even small children to recognize it as a BMW. It's something that has become so iconic that it is better than any advertising you can get. 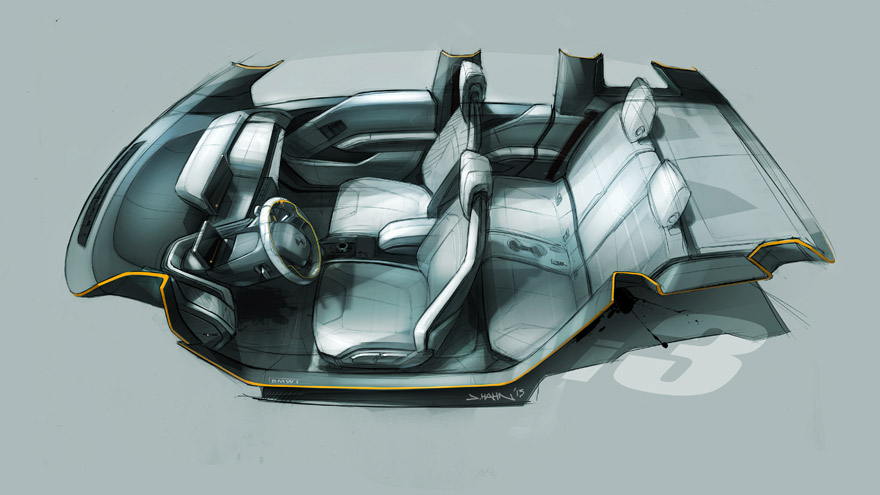 Conversely, you mentioned that the styling or design elements of BMW i cars may not translate to the regular brand. Are you looking to experiment more with this new brand?

We're starting to build this brand now. In 'i,' we can then do cars that are very futuristic, very clean-looking, and that have all sorts of new technologies—whether that's carbon fiber or another material, electric or hybrid drive or maybe fuel cell in the future. All of that can happen in this 'i' brand, which stands for innovation.

We already have another sub-brand, 'm,' which stands for 'motorsports,' which allows us to design very particular products under each of these brands. If you buy a 'normal' BMW, you get the best combination of dynamics and efficiency, so it makes sense to keep the design of 'm' and 'i' and BMW somewhat separate. 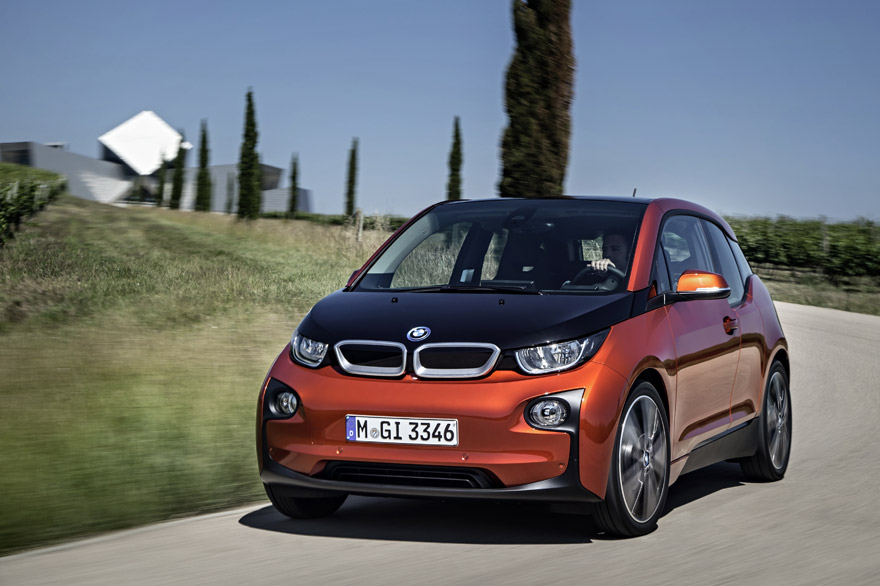 Speaking of innovation, I know BMW (like many automakers) has been experimenting with autonomous or self-driving cars. Are you involved in that project at all?

Yes, my design team will be involved in that when it becomes a reality. At the moment, it's all happening in research and pre-development, but [at a certain point, the design team] will take care of it as well—we always do the user interface for the cars. So everything that you see on the screen is designed by us, [as are] all of the buttons.

When an [autonomous] system comes, there will be a way in which the driver activates it in order to do other things—surf the internet, read a book, etc.—and then the car will probably have to reactivate the driver. We've been thinking about ways of doing that... but we are talking about the future.

Interesting. So extrapolating from the notion of a self-driving car, it seems that interior design may demand innovation as well...

The interiors are getting more important as we speak. People like to have their own personalized environment in a car, [and we're already seeing] Internet or Bluetooth connectivity—people want to listen to their favorite radio stations, their own music...

I think the user interface of the car is the next big thing. Obviously, it is critical, because it's not the same, whether you're surfing on your tablet on the couch at home, or if you're going at 100 miles per hour on the freeway. It's going to be exciting, it's going to be very very interesting in the next few years.

Introducing the BMW i3 Electric Car: Head of Design Adrian van Hooydonk on Bringing Carbon Fiber to the Mass Market & the Future of Auto Design