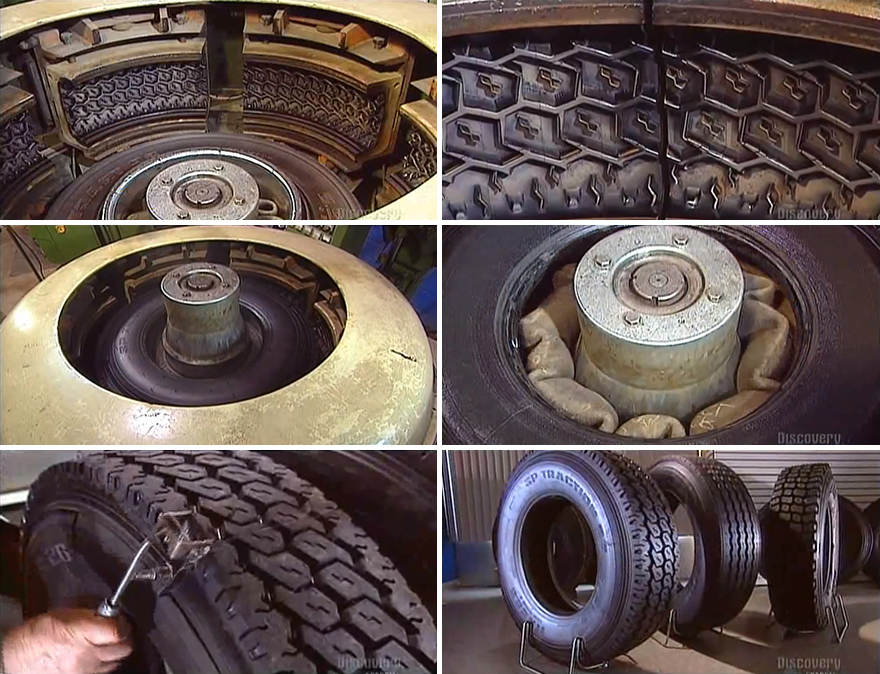 In an earlier post, I commented on how Japanese children at the school where I worked were taught to pitch in with recycling. But I failed to mention a rather strange counterpoint, emblematic of that country's bewildering contradictions: One day a horrific smell wafted over the campus. I went outside to investigate, and discovered that a farmer in the lot adjacent to the school was burning an enormous pile of tires. The wind carried the vile, black smoke all over the school and the playing grounds. I asked a teacher about this and he shrugged. "There is no place to put them," he said.

I've since learned tires can of course be re-molded and re-treaded. But I had no idea how labor- and energy-intensive it was until I saw this video. Those of you who are into molding will enjoy seeing how the mold comes apart/together around 3:15. I also dug watching how they remove the flashing, and that inflatable thingy that serves as the mold's core:

The amount of man-hours that goes into each tire, not to mention the one-hour-plus molding time, is staggering. But what I found most surprising was that despite all of that energy burned, re-molding is still 30 to 60% cheaper than creating the tire from scratch.