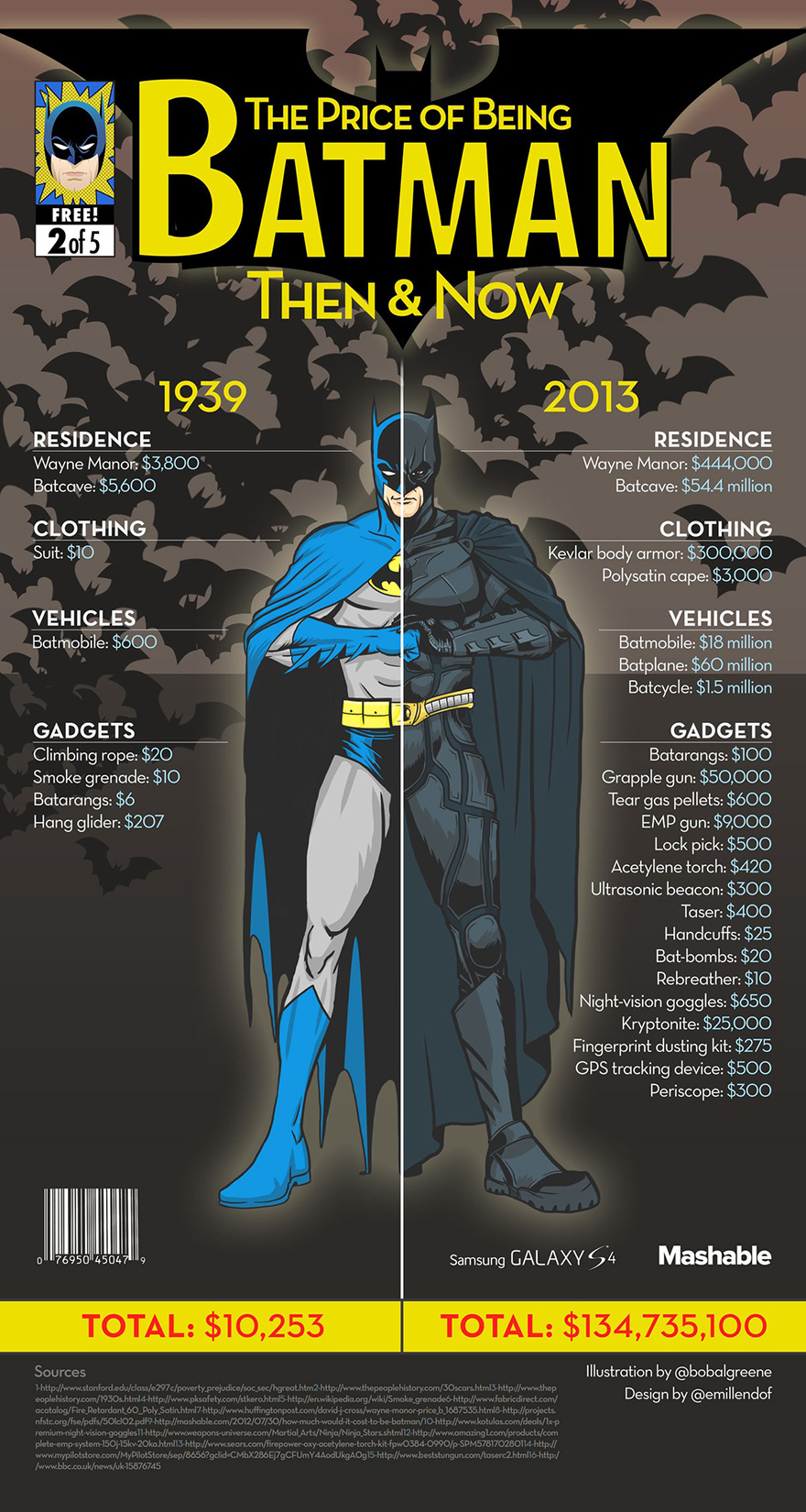 It's not exactly the Coroflot Design Salary Guide, but it's worth a gander. To promote their Galaxy S4, Samsung teamed up with Mashable to commission a series of unusual illustrations: Annotated drawings listing the costs of living for popular superheroes, comparing their start-up costs (from their origin years) to their current budgetary needs.

As you can see above, out of the five superheroes chosen—Batman, Superman, the Hulk, Wolverine and Spider-Man—it is the Dark Knight that has suffered the most from inflation and the unfortunate male urge to keep buying gadgets. And some of the purchases make you wonder—I can see shelling out 25 large for a hunk of Kryptonite, in case you're getting drinks with Superman and things get out of hand, but does Batman carry it around at all times?Spider-Man appears to have very little overhead, though his day job as a photojournalist requires he tote an expensive camera around; judging by the $3,299 price tag, it looks like he shoots with a Nikon D800. 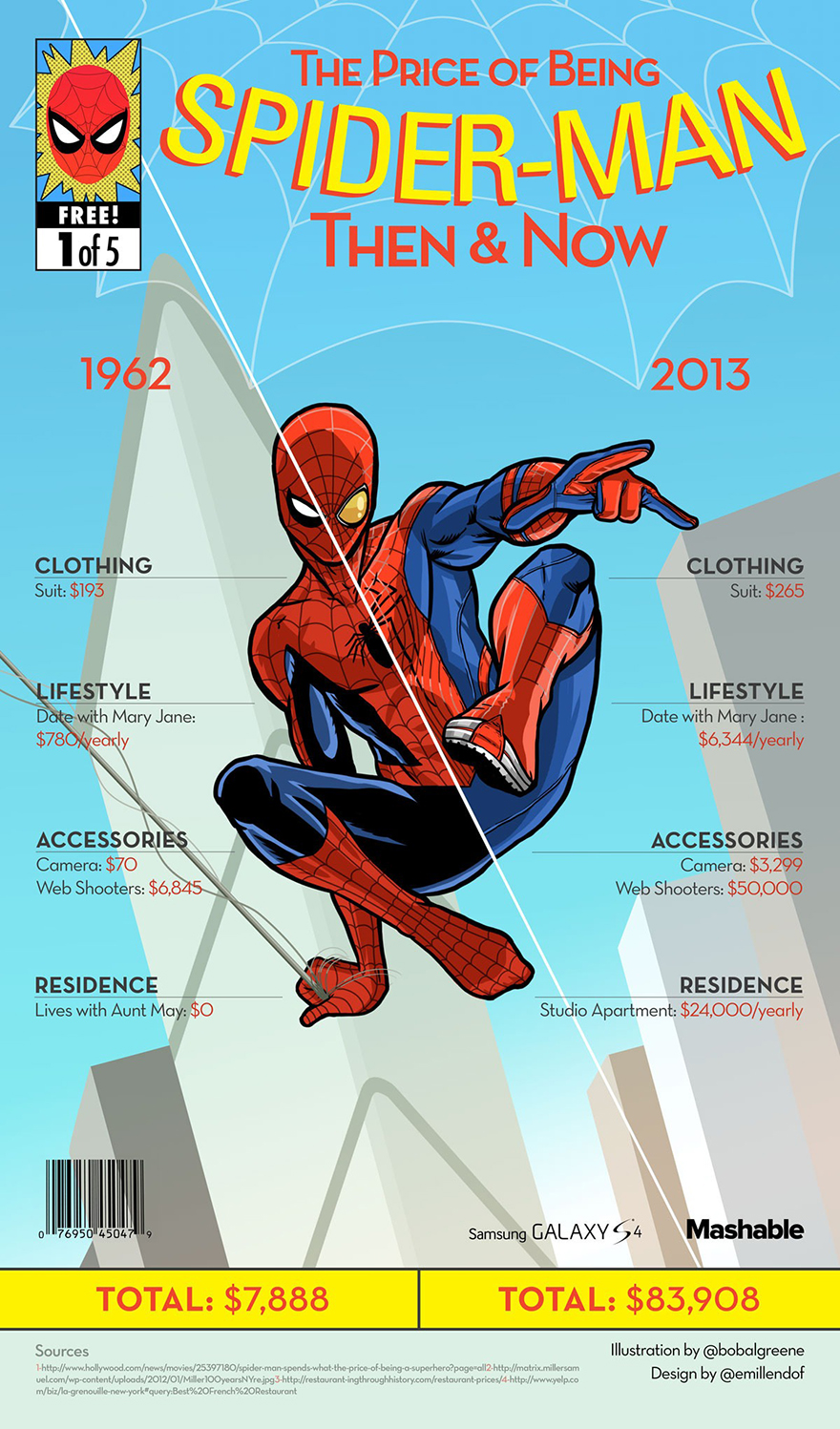 The biggest shocker, however, is Superman's presumed quality of life as a tenant. His annual rent is listed at $24,000. Two grand a month won't even get you a studio in Bushwick these days; what kind of hellhole does the Man of Steel live in? 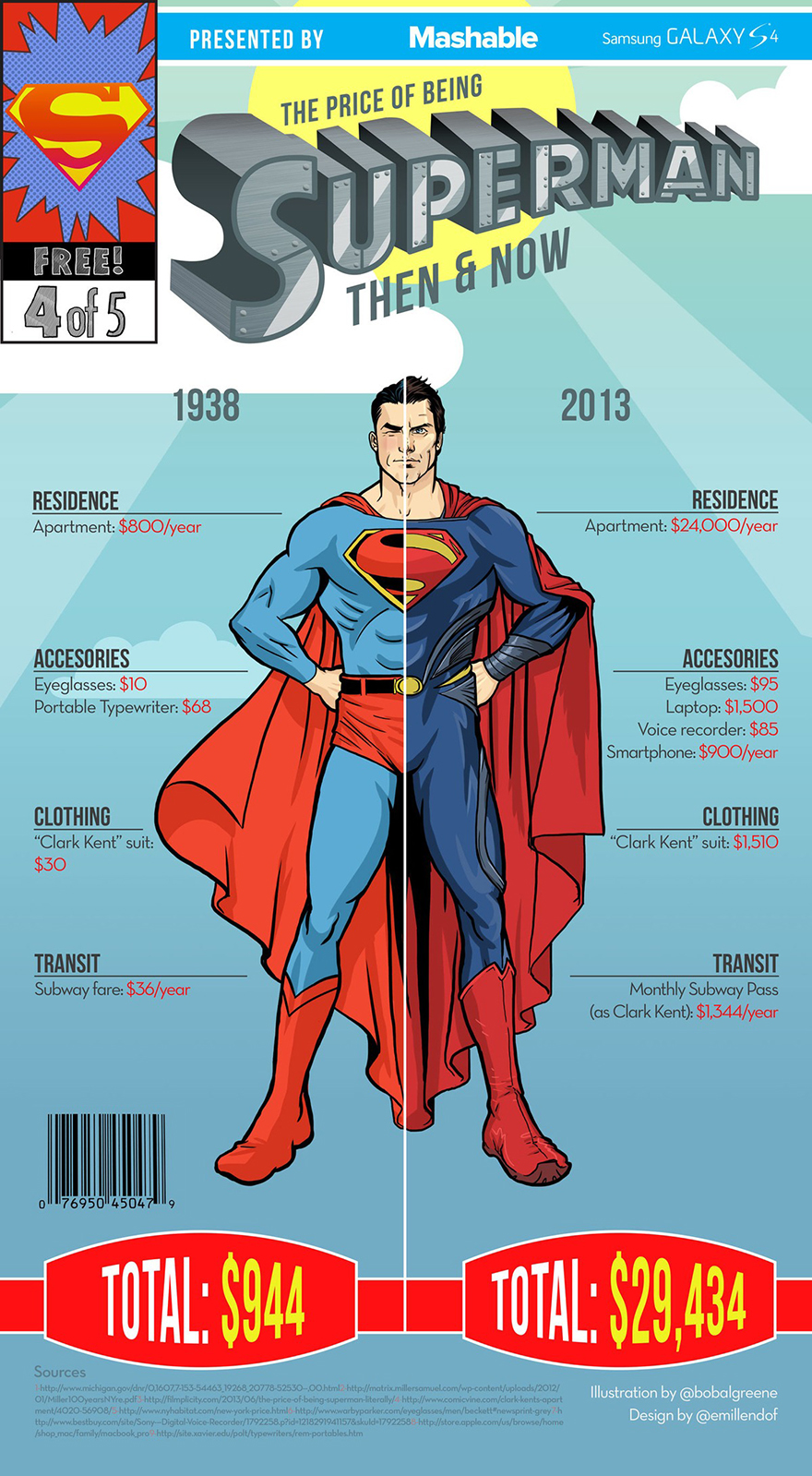 The series was illustrated by Bob Al-Greene, art directed by Nina Frazier and designed by Emil Lendof. We assume it was inspired by this Hollywood.com article from last year's "Superhero Week."