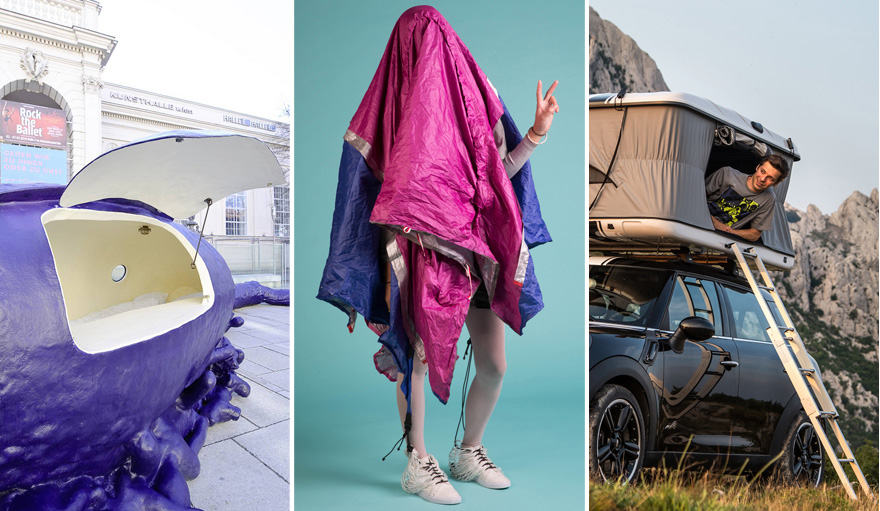 Want to get out of your apartment without going far? Why not set up camp right down the block? The designs this week prove that urban camping has never been easier—or stranger. 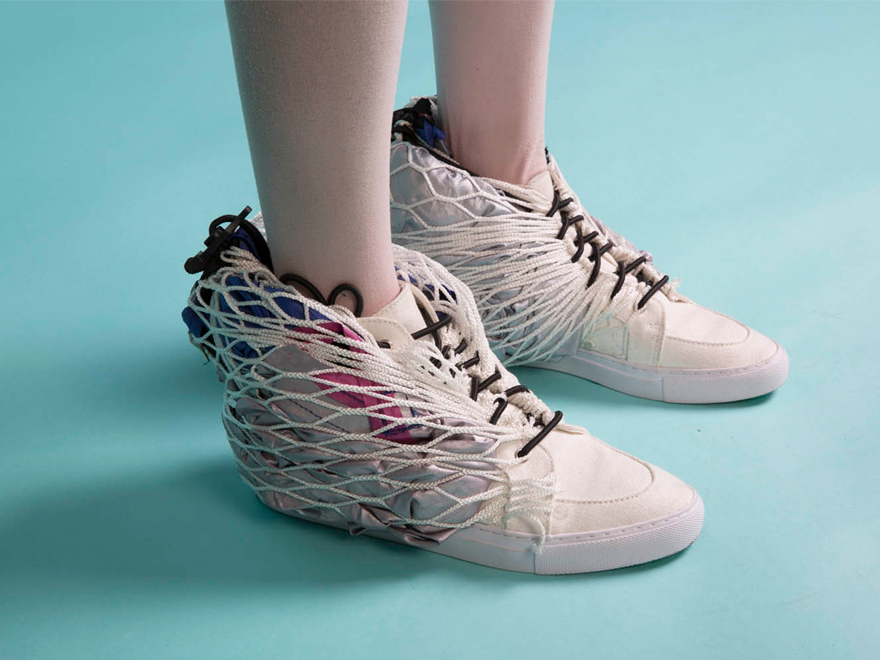 The Walking Shelter is part Inspector Gadget, part performance piece. Created by the Australia and Amsterdam–based design collective Sibling, the Shelter deploys from a slightly odd-looking pair of sneakers. From the netted back of each shoe, the wearer pulls out a single-person tent stored in two parts. When zipped together, it almost looks like the real thing, save for one key design feature: the covering relies on the wearer for support. So pulling up a tent also means assuming the (seated) position. 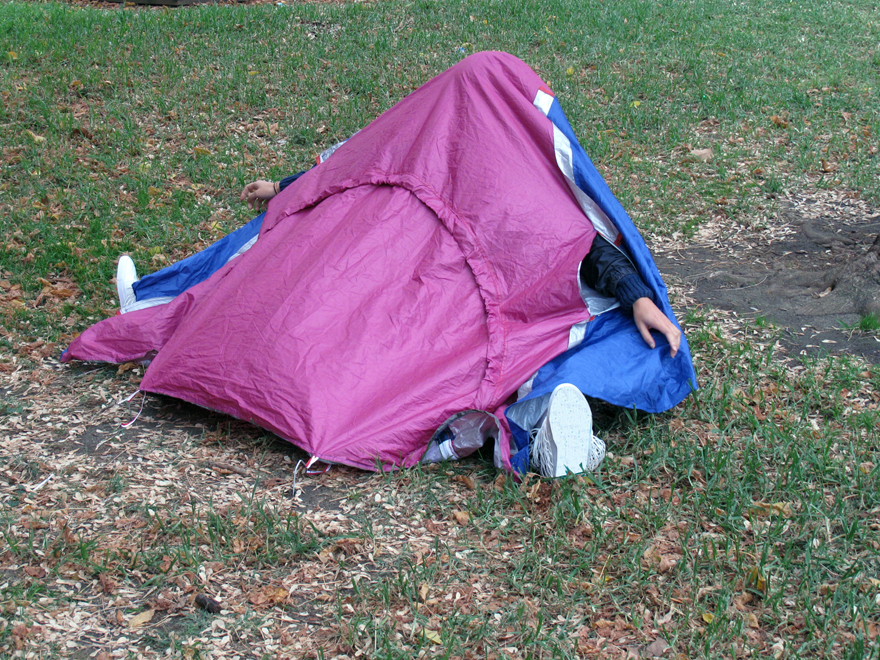 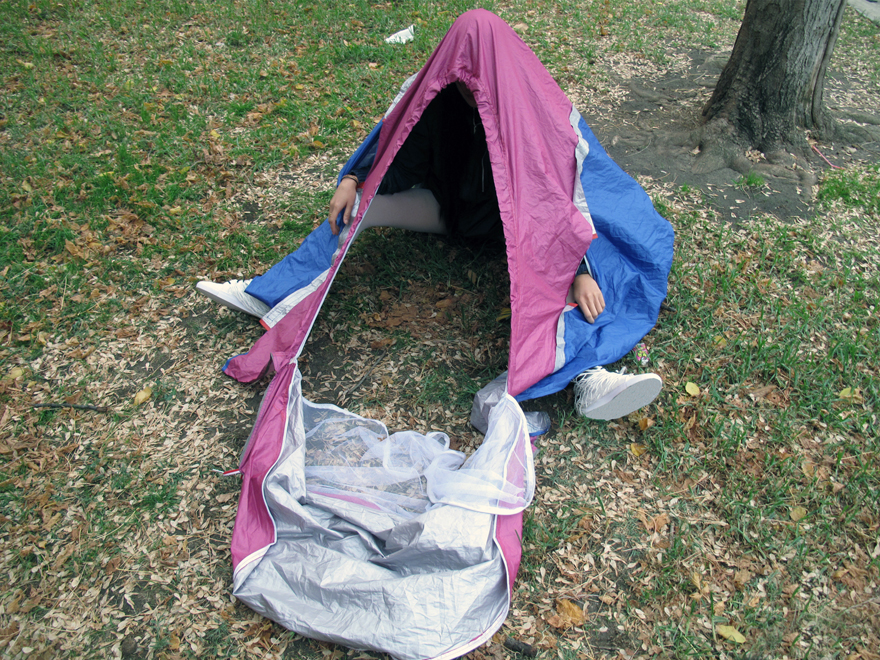 Mini recently made a grand claim about a little thing: its playful line of luxury, car-connected campers are apparently the tiniest on the planet. The auto company designed three models, the most surprising of which lands you in center of what looks like an oversized Klondike bar. (The car-top abode is accessible by ladder.) Because it's Mini, we expect the size, but what's truly impressive is how they've designed all the other amenities—a kitchenette, a handheld shower, a heater, a TV—to fit into the campers, too. Although the units were envisioned for use in the great outdoors, the add-ons make them perfect for camping in city environs. Alas, there are no plans for actual production; the prototypes were designed to show off Mini's style and creative approach to space. 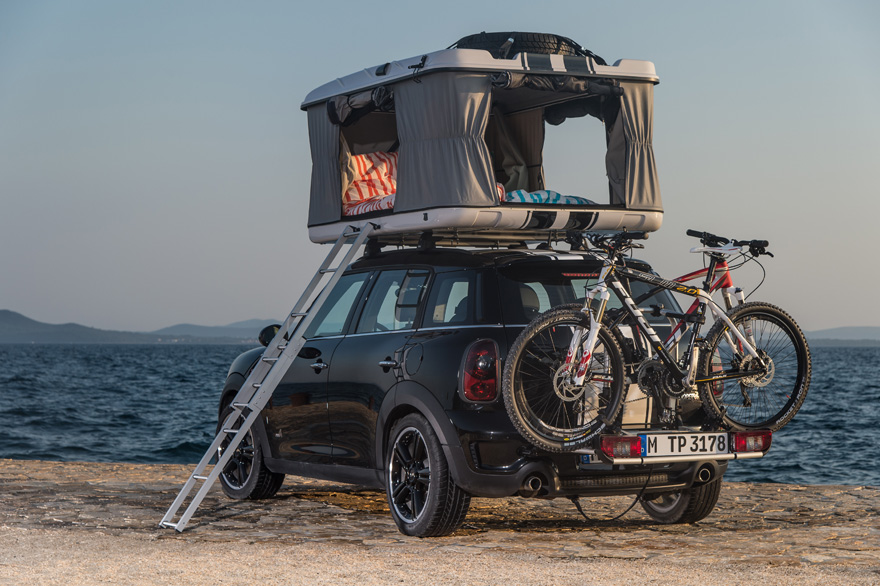 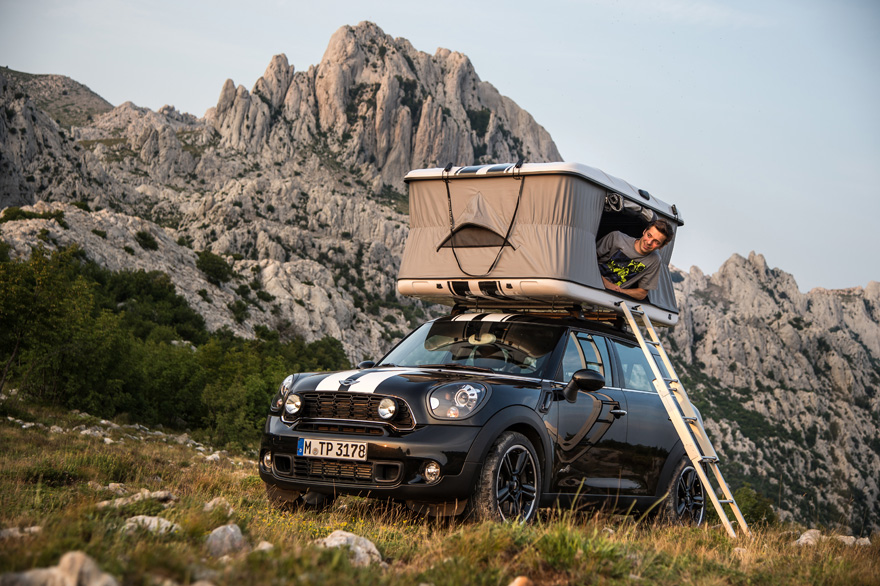 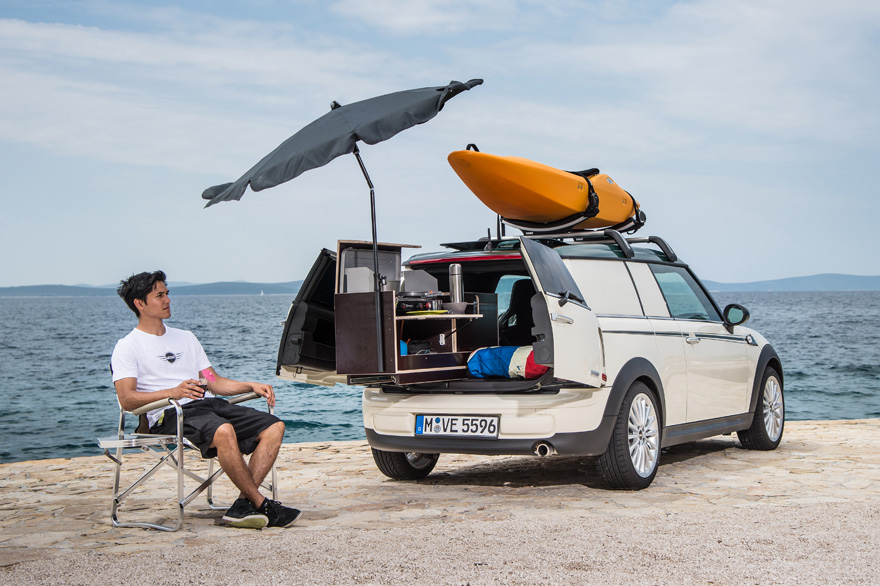 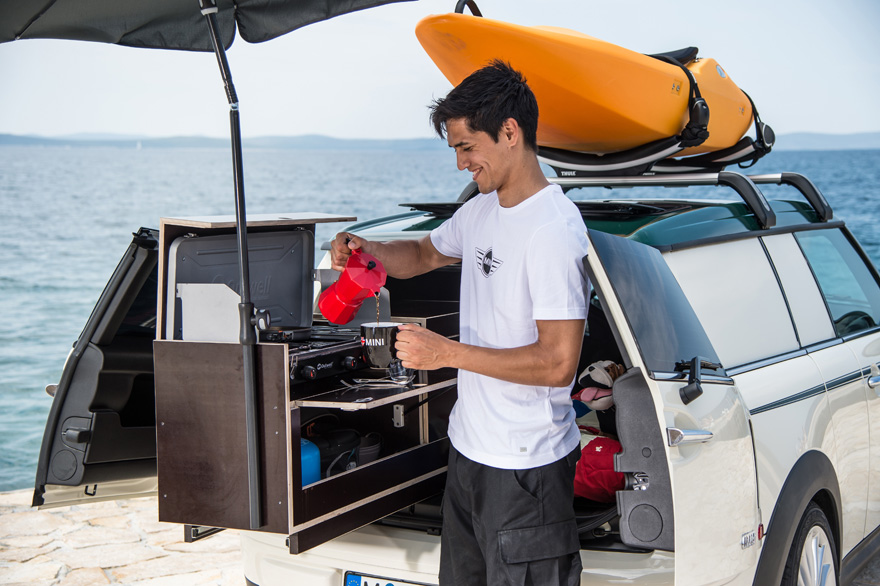 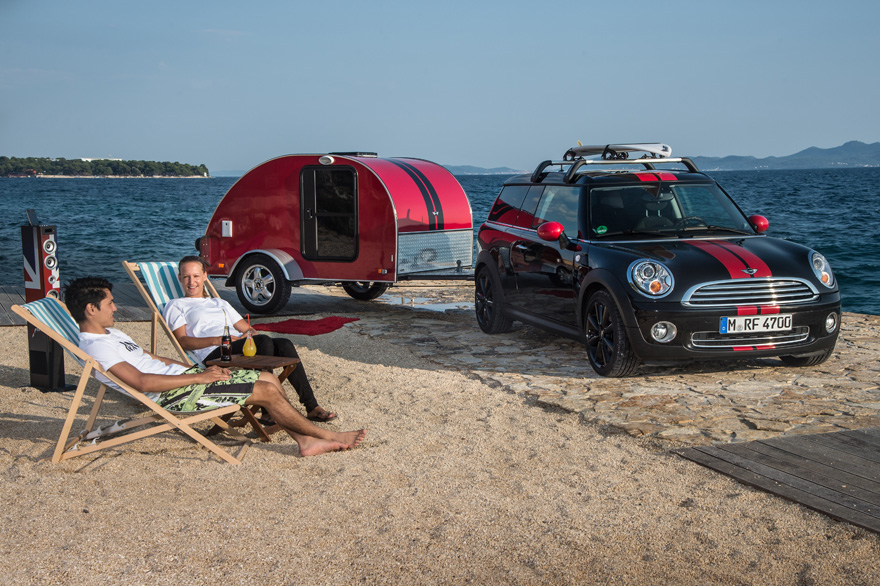 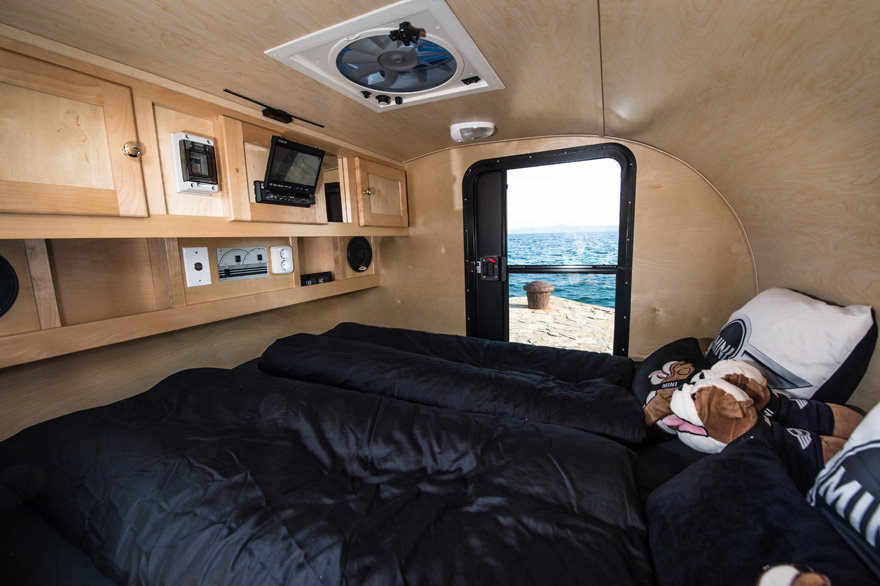 From August 16 through the end of September, visitors are invited to rent one of 15 mobile homes gathered at the Vliegenbos campsite in Amsterdam as a part of the Urban Campsite art installation. The project, which is spearheaded by Annette van Driel and Francis Nijenhuis, showcases "unusual and sometimes crazy" versions of camp dwellings by a collection of architects, industrial designers and artists. The units range from a livable giant purple sperm by Atelier van Lieshout to a trailer cottage with accordion sides by Eduard Böhtlingk and a geometric hanging "treehouse" by Boomhuttenfes. 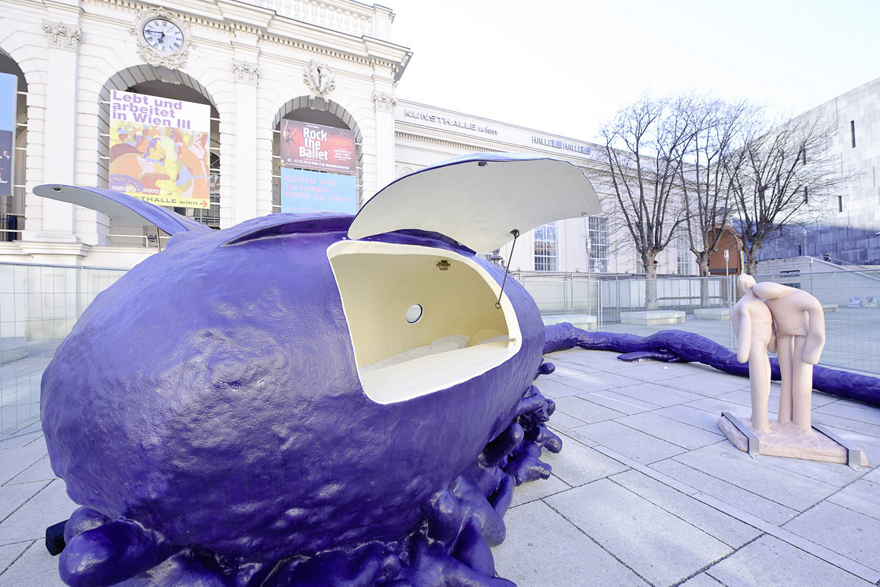 According to Atelier van Lieshout, its sperm-shaped Darwin camper "reflects social Darwinism ideas and the need for survival in all aspects of our lives, whether biological or corporate." 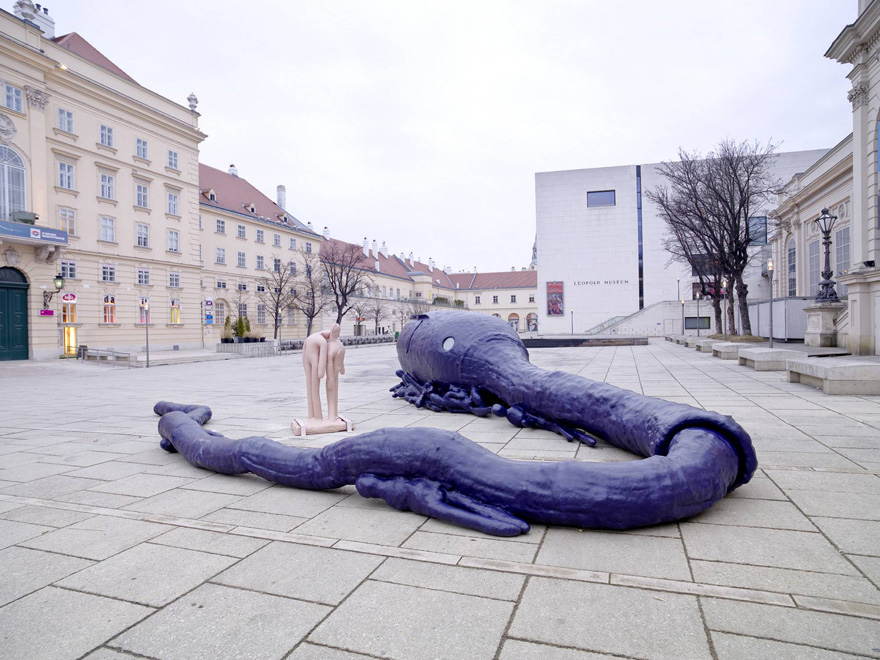 The head of the sperm includes a double bed and a small desk. 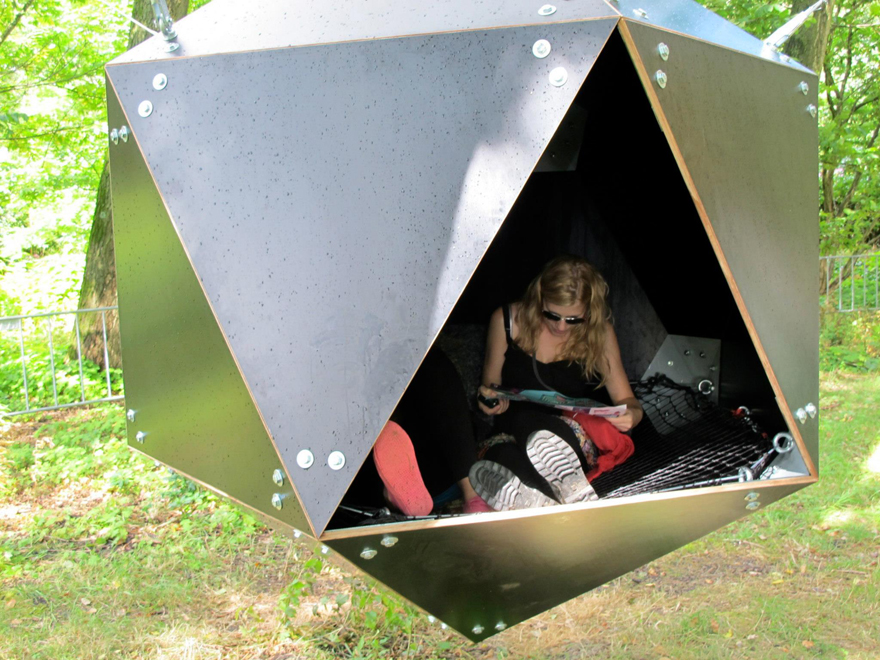 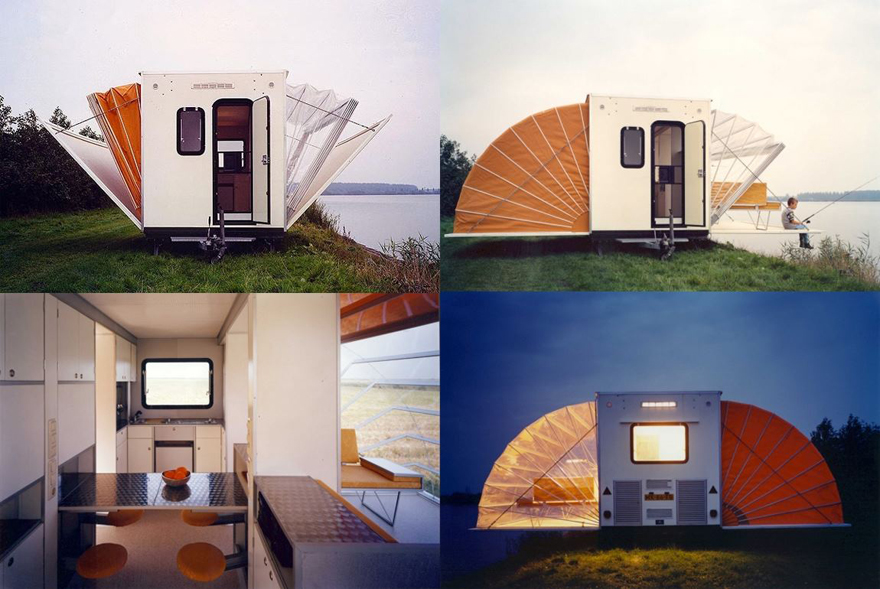 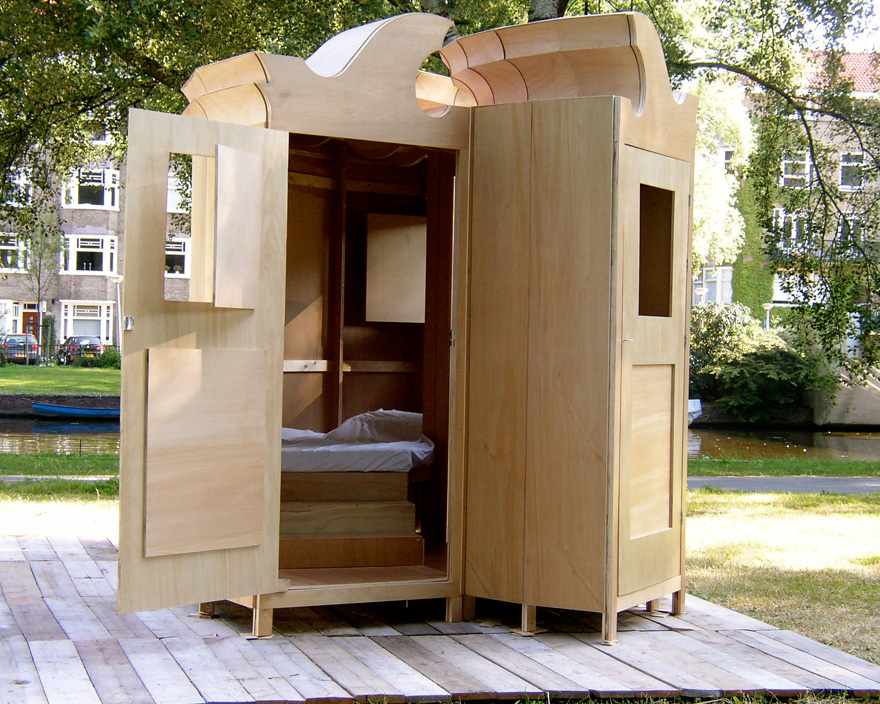 Jenske Dijkhuis's Dream of a Closet is basically a large closet that you can sleep inside. The shape is based on a 17th-century Dutch kuif-kast, or crested cabinet.