Sandy Chilewich on Being a Hybrid Designer/Businessperson, Making Endless To-Do Lists, and Why Education Isn't Everything 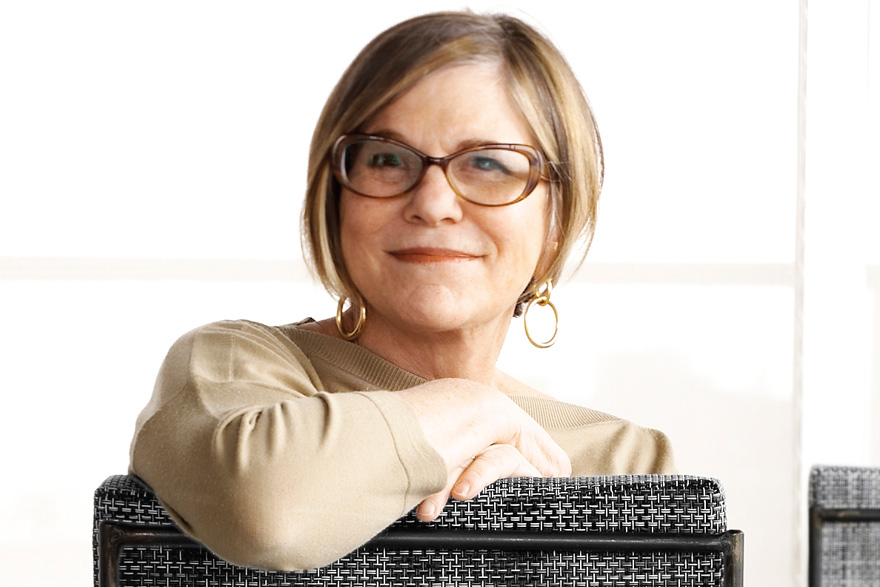 Occupation: I'm kind of a hybrid. Designing is a huge part of what I do, but I'm also very involved in the business of design. So I'd say I'm a hybrid of a designer and a businessperson.

Location: Our design studio, customer service, sales and so forth are based in New York City. And then we have a really large facility in Chatsworth, Georgia, where we distribute and do a lot of manufacturing.

Current projects: We're in this kind of weird moment because we're about to start all of our trade shows for the fall 2013 introductions. We're about to photograph spring 2014. And we're designing fall 2014. So my head is always in three places at one time. It's terrible, because it makes your life move way too fast—you're always ahead of yourself.

Mission: Finding underutilized manufacturing processes that I can do something truly original with—but with the caveat that the product is not simply unique or beautiful but that it be functional and accessible, price-wise. I'm always trying to have the widest audience I can without compromising or diluting the aesthetics. 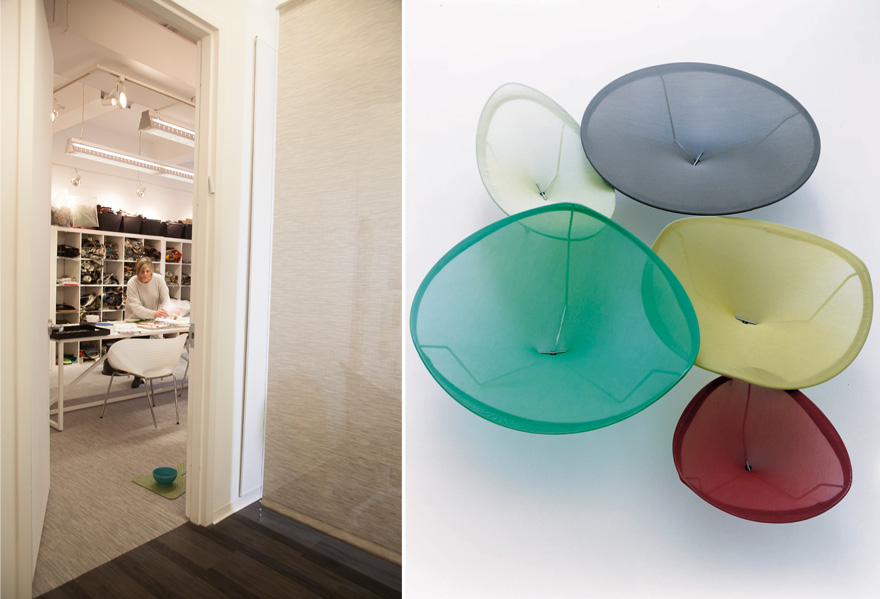 Left: Sandy Chilewich in her New York City office. Right: The RayBowl, introduced in 1997, was her studio's first effort.

When did you decide that you wanted to be a designer? Well, I have a wacko background. I had no idea what I was going to do. I barely got out of high school; I never finished college. I never expected to be a designer. I didn't even know what that was, really. I thought I would maybe be a psychologist, but I didn't really like school.

The one thing that was consistent through my life was that I always did artwork. And when I finally gave up on school, I thought maybe I'd be a fine artist. No galleries brought in my work, but one very important one said, "There's something very commercial about your work."

That made me really unhappy when I heard it, but I found myself taking a lot of the stuff I was doing in my artwork, which was very two-dimensional, and I started to design jewelry. That was in the mid-1970s. And while I was doing that, making my own stuff and selling to some fancy stores in New York, I met a neighbor in a loft building in Noho and we became friendly, and it's a long story but we started a company called HUE, which is still a very well-known brand. It didn't start out as hosiery, but it ended up being a very innovative hosiery company that we built from zero to $40 million when we sold it many years later, in 1991.

When I left HUE I had a lot of ideas, and I introduced the RayBowl. It was a very innovative concept and I got a lot of mechanical utility patents on creating a concavity with a textile. That kind of launched me into the design world. And in my search for other textiles, I discovered this material which I then started a very long love affair with, which is woven vinyl. I introduced my first product using that material in 2000. And I've focused on textiles since that point.

Education: As I told you, I'm a college dropout—and I'm really proud of it. I like to speak to students and tell them, "Listen, education isn't everything."

First design job: I never had a design job. I kind of scratched my way up.

Who is your design hero? There are so many. I love Issey Miyake. I love Lucienne Day. In every discipline I have different favorites. What inspires me is the unexpected, when somebody does something that I've just never seen before. I like originality, wherever that is. 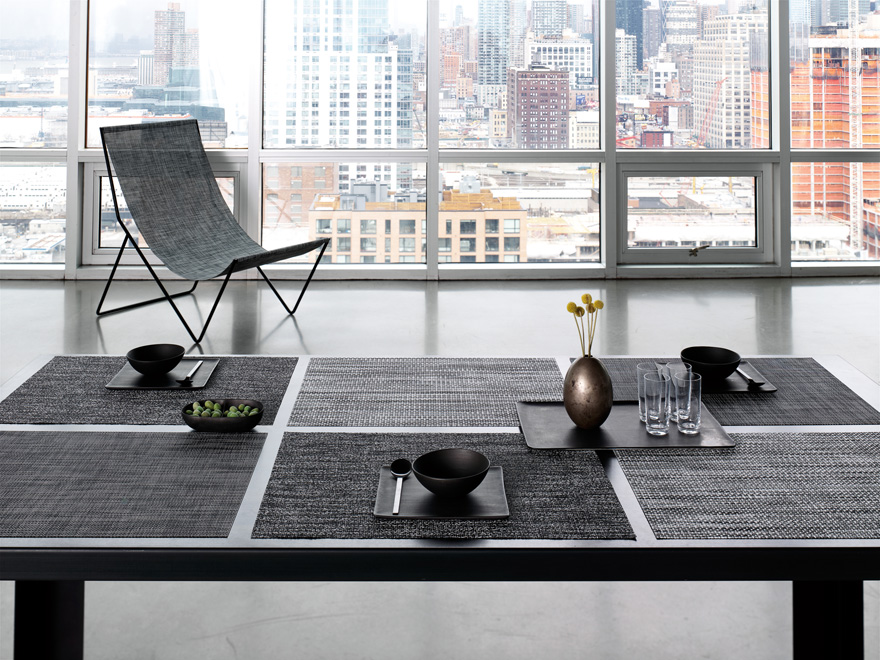 A preview of Chilewich's new collection, which includes placemats in black-and-white mini basketweave and bouclé textures

Describe your workspace: You can see the kind of hybrid that I am. I've got cubbies full of weaving "blankets," which are snippets of textures and so forth. But then I have files of papers and Excel spreadsheets. And then I have a bookshelf full of art books.

Right outside my door I have a large studio space where three people work. I'm in and out of there all day long. And then once I leave my office, it's open-plan. So there are pods of people—the marketing department, the sales department, the design department. The doors are open, there's people moving around constantly.

Other than the computer, what is your most important tool? The camera. Pretty much every day I'm taking pictures of something. In the office, for instance, we'll have just done something and I'll take a picture to remind me of that particular color combination or whatever.

What is the best part of your job? The collaboration. Working together with people and arriving at something that each one of us alone could never have done. That's very satisfying. 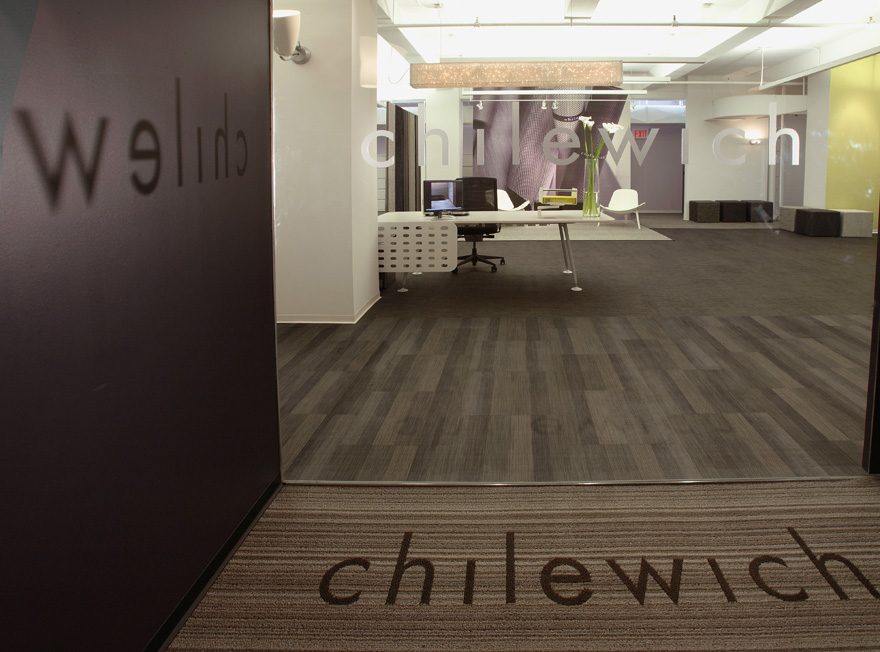 How do you procrastinate? I work very hard not to. I make myself lists every day. Procrastinating, for me, is extremely painful. I'm really not having a good time if I feel like, "Shit, I should really be doing this other thing."

What is your favorite productivity tip or trick? You've got to make lists. They have to be constant. You have to be looking at your to-do lists and you've got to put everything on them all the time and update them every day.

What is the most important quality in a designer? Being able to evaluate feedback. That's an interesting combination. You have to be able to hear what people say, which can be very painful. But then you also have to evaluate where they're coming from, who they are, how many people they're really representing. So it's evaluating feedback and then implementing it to the right degree.

What is the most widespread misunderstanding about design or designers? How hard it is. People come to me and say, "Oh, I have an idea. Why don't you do this?" And I feel like, "God, you have no idea how hard it is to make something." I mean, you can make a prototype—but to actually make it for the universe? To get something made at the right price, to have the quality right, to be able to do multiples of it—and then to have it not do well, and what do you do with your inventory? It's monumental. 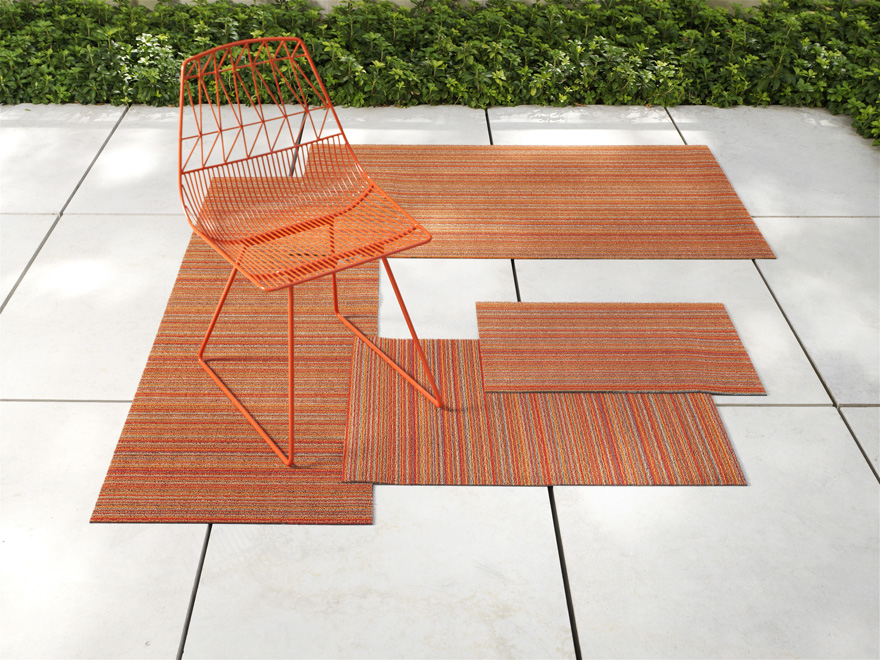 What is your most prized design possession? It's the stuff I've collected over the years, the little things. I don't think I can pick one. But I do have little things. It could be a specimen that I've found, a rock. It could be this really old snuff bottle. For me, it's rarely a single thing—it's a composition of things together.

What is exciting you in design right now? Believe it or not, I'm very interested in porcelain flowers. That's my latest infatuation. They're, you know, tchotchkes. Often they're hand-painted. There are high-end versions and then there are more junky ones. I'm very intrigued by them.

If you could redesign anything, what would you choose? Customer service. That interaction with people, and also with websites—it seems like they make it so hard just to find this one piece of information. I'd like to try to change that to make it a more pleasant experience for people.

What do you hope to be doing in ten years? I hope that I'm healthy and that my family's healthy. I hope that I've had a good life and that I'm enjoying what I enjoy. It's not like I picture myself sitting in the Bahamas. I see myself creating, in one form or another.

Sandy Chilewich on Being a Hybrid Designer/Businessperson, Making Endless To-Do Lists, and Why Education Isn't Everything