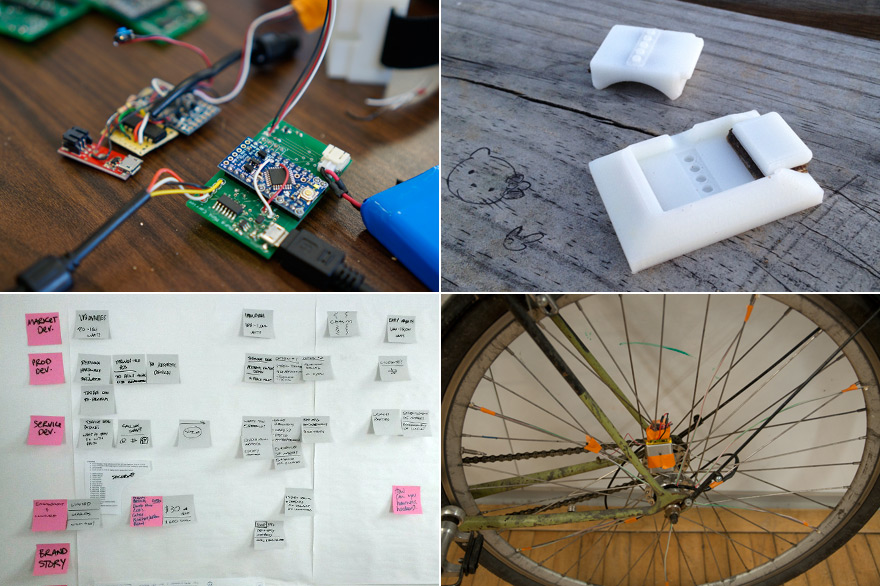 As pleased as we were with the first prototype, it had a major drawback: the lights and the bicycle were one and the same. With that design, we would have to produce and sell an complete wheelset, which would require engineering beyond our expertise, not to mention a significantly higher price point. We want as many people as possible to have access to our lights, so we decided to design a product that can be retrofit to any bicycle wheel.

The new prototype required additional research into digital computation and battery power, as our first prototype detected speed with purely analog means, based on the voltage output of the hub dynamo. The new prototype was built on Arduino, a powerful hardware/software platform that grants non-technical people (such as ourselves) access to all of the possibilities of digital control in an easy programming environment. Switching to this digital model opened up a whole world of possibilities for the functions of the product, and it took a number of iterations to figure out all the electronics required. (Remember, we are just two design kids with no technical background.) For the longest time, we sat crosseyed, trying to decipher LED driver data sheets, debug grumpy poorly written code and hone our soldering skills. We have since hired people who are far smarter than us because we knew we were in over our heads. 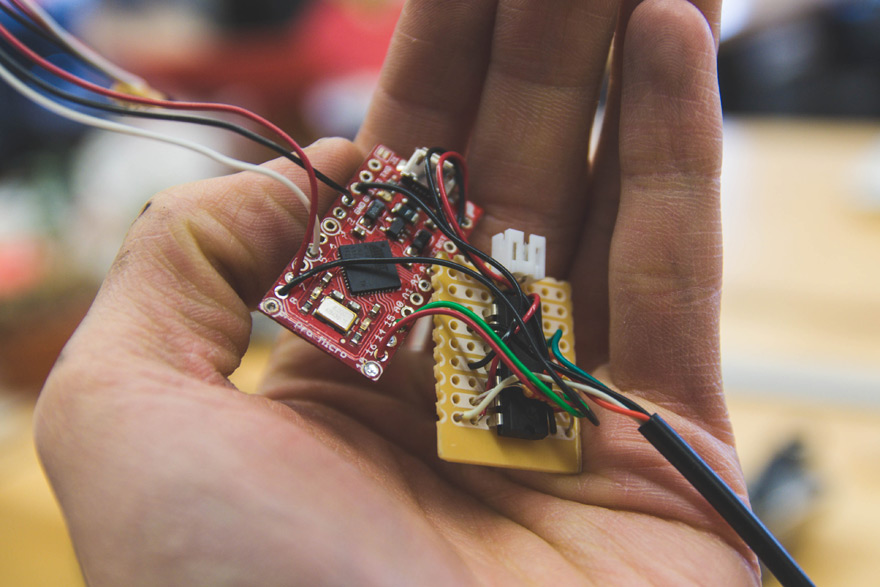 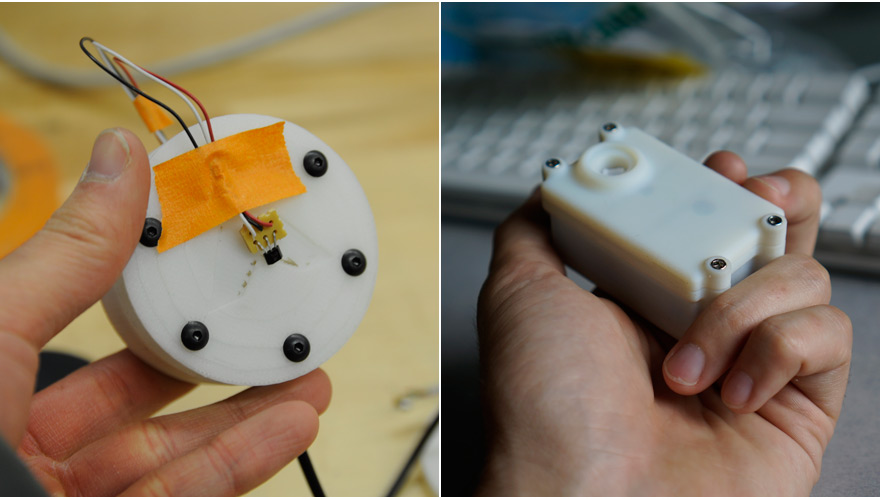 There have been a lot of surprises along the way. Or perhaps they were more of realizations than surprises.

The other thing that changed drastically after the first prototype, when it was just a school experiment, is the amount of other stuff that has to be done outside of just building the product. The process entailed much more than creating the artifact itself; it's everything else that supports that artifact as well: hiring engineers, working on branding, creating media and videos, talking to lawyers and writing a patent.

Patents are tricky bastards, and require spending hours and hours poring over all of the details of the product and speculating on any future embodiments. We had to make detailed technical drawings and communicate extremely clearly with the patent attorney, which also requires just knowing the language of how to talk to a lawyer or business advisors. But in the end, in the real world, securing our intellectual property was paramount. 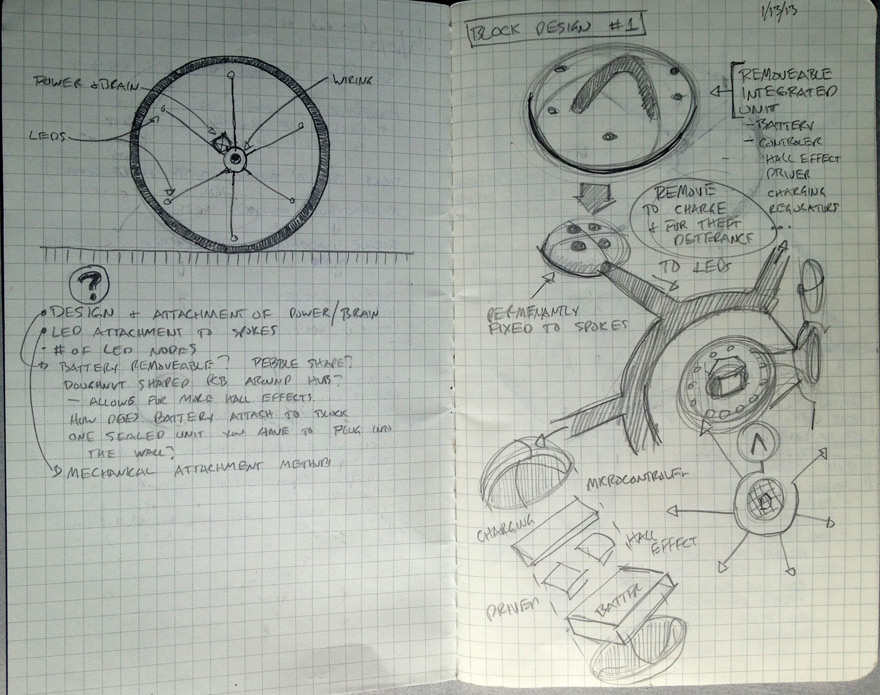 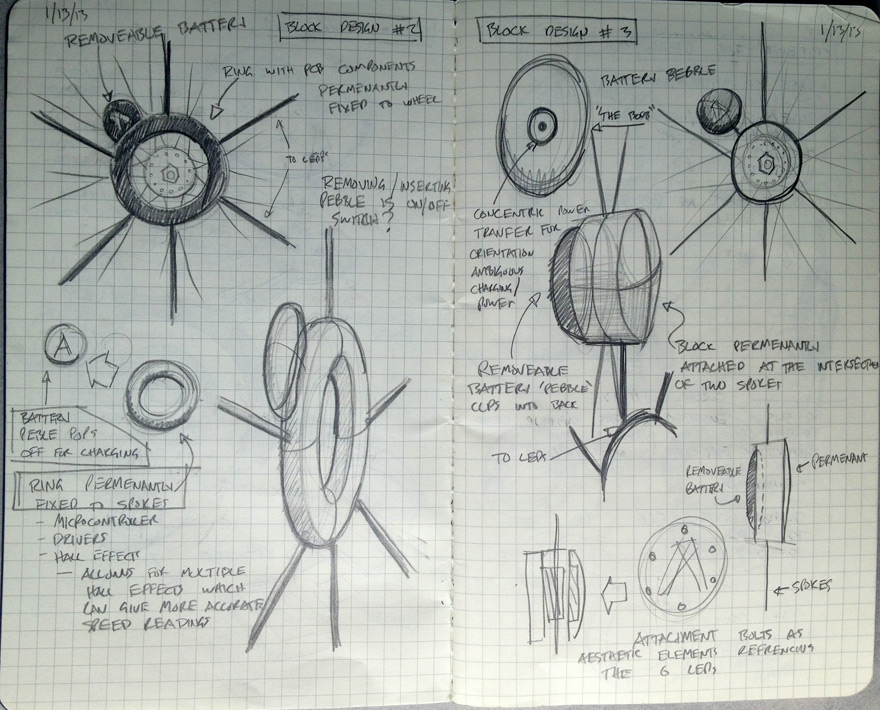 Neither of us ever intended to get this deep into the business of product development, so we've had to teach ourselves these skills on the fly. Yet learning and refining this unexpected skillset has turned out to be one of the most rewarding parts of the process.

Sometimes the hardest part is knowing what questions to ask.

Another fascinating aspect of this whole adventure is realizing there is no rulebook. For a while, we tried to figure out what we were supposed to do. But the secret truth is that you can be just as creative with a business plan as you can with a painting or design. Everything is an art, even business. After we realized that, things ironically became much clearer.

A critical aspect of this kind of endeavor is that you are forced to think about money all of the time. Our overhead is pretty low and we have been building and developing on a budget, but everything still costs money. We have been lucky to have been funded through several different channels at various stages in development. 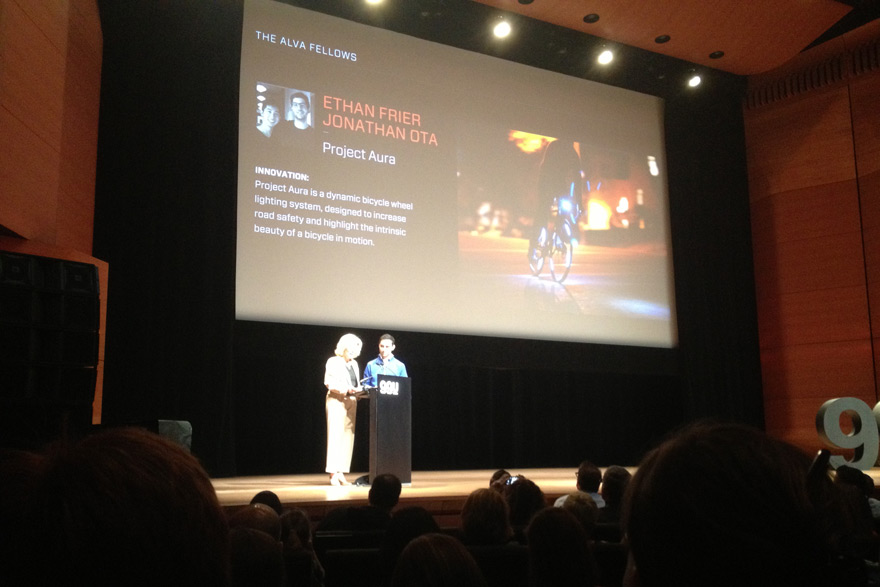 Our very first prototype was made possible because we applied for a grant from the Carnegie Mellon URO, which gives students microgrants for independent projects. We received $865, as well as another grant from them the next year. In December of 2012, we applied for and won $25,000 in a business plan competition in Pittsburgh. A few months after that, we received $13,500 from the Alva fellowship. These grants are what has made this project possible. We never would have even started this at all back in our sophomore year if we had not received that first grant. It still feels a little uncomfortable thinking about the financial aspect all the time, but it's obviously necessary. School provided a comfortable idealistic bubble, but navigating outside of that is an invigorating challenge.

To say that this project has been a huge undertaking would be putting it lightly. We never could have anticipated all of the different skills necessary to conquer the various facets of this project. And we have definitely not done this alone. We have had guidance from our professors at Carnegie Mellon, various meetings with experts from all over campus and beyond, and business help from Project Olympus. We are currently working out of a business incubator, the Thrill Mill, in Pittsburgh's East Liberty neighborhood. Our friends have helped too, lending a hand with soldering (paid in pizza), and Jiwon Choi designed our logo and branding. We have also had the good fortune to work with a number of incredibly skilled engineers like the ECE wiz kid Anshul Goyal who have helped with the hardware and software. 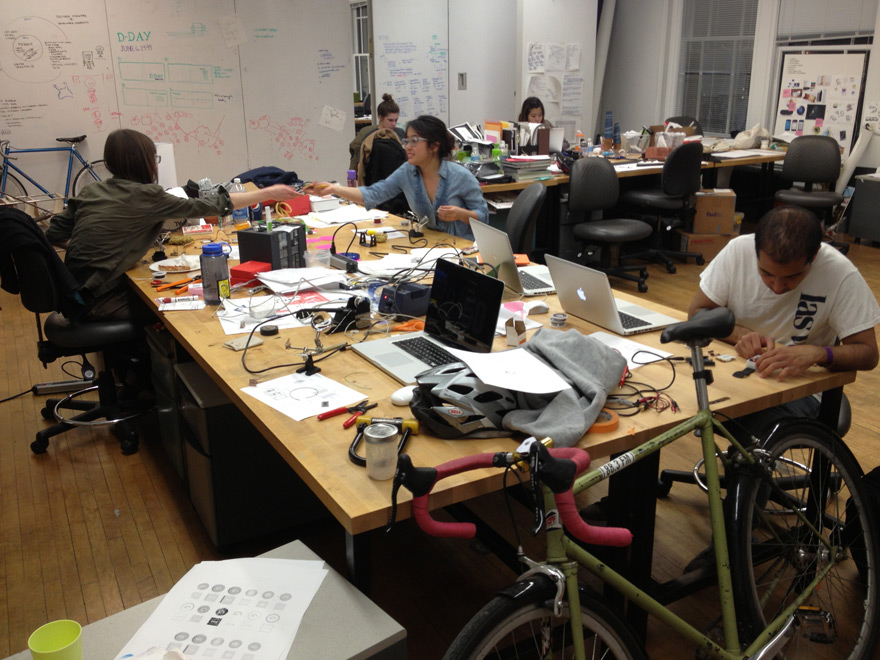 As design is like childbirth, the relationship of co-designers is like a marriage. It takes trust, and an openness to comments and criticism. And at times it may be rocky. But you have to accept that you have entered into this union, and it is your responsibility to raise this little product and help it grow, a process which takes an immense amount of time an energy. At this point, we are looking to grow this family. We want to partner with another company to adopt the product and take care of manufacturing and distribution. In doing so, we hope that we can produce a higher-quality product which can reach a wider retail market than we could if we did this on our own. The future is unwritten as it always is, but that is the most exciting part.