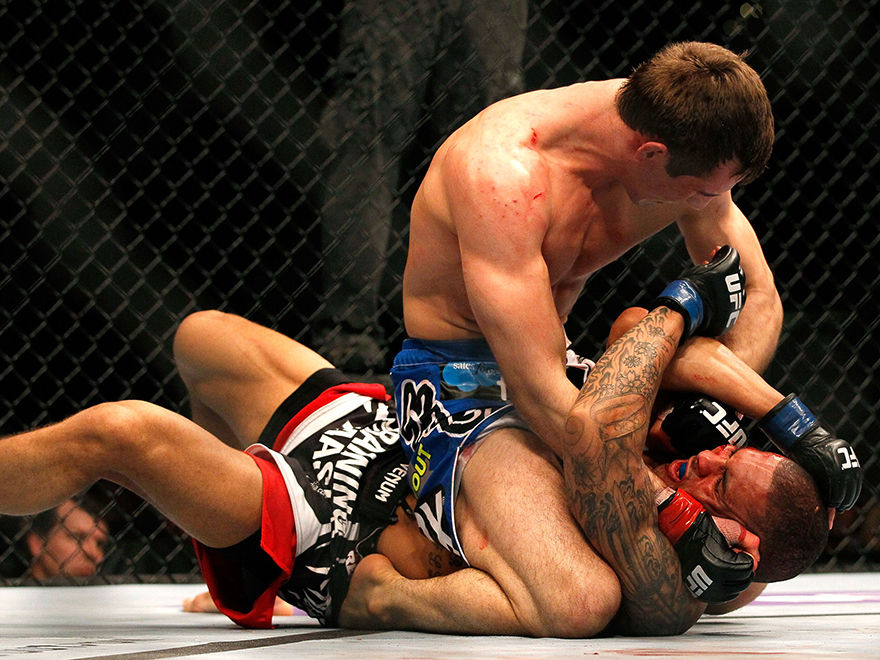 Fight commentator, podcaster and comedian Joe Rogan has referred to the Ultimate Fighting Championship as two guys climbing into the octagon "and essentially throwing their bones at each other." One could argue that the damage each fighter tries to inflict on the other is much more incisive than it is in American football, and one needn't go further than YouTube to see examples of those bones being broken in the ring; what's miraculous, given the forces every fighter's bones are subjected to, is how often they don't break.

Why don't they break more often, given the impacts they're sustaining? And what could an industrial designer learn from this? Dr. Markus Buehler, a civil engineer and materials scientist at MIT, may have the answer. Buehler's research specialty is as odd and focused as a Chuck Liddell overhand right:

...Our goal is to understand the mechanics of deformation and failure of biology's construction materials at a fundamental level. The deformation and failure of engineering materials has been studied extensively, and the results have impacted our world by enabling the design of advanced materials, structures and devices. However, the mechanisms of materials failure in biological systems are not well understood and thus present an opportunity to institute a new paradigm of materials science at the interface of engineering and biology.

In weight and external texture, a human bone might seem very similar to ceramics. But as Buehler noted in a 2010 research paper [PDF], "Catastrophic breakage of brittle materials such as ceramics is usually triggered by the rapid spreading of cracks." Bones don't shatter this way, at least not commonly. And this year, Buehler began to understand why. After exhaustive laboratory experimentation and analysis via supercomputer, Buehler "finally unraveled the structure of bone... with almost atom-by-atom precision." 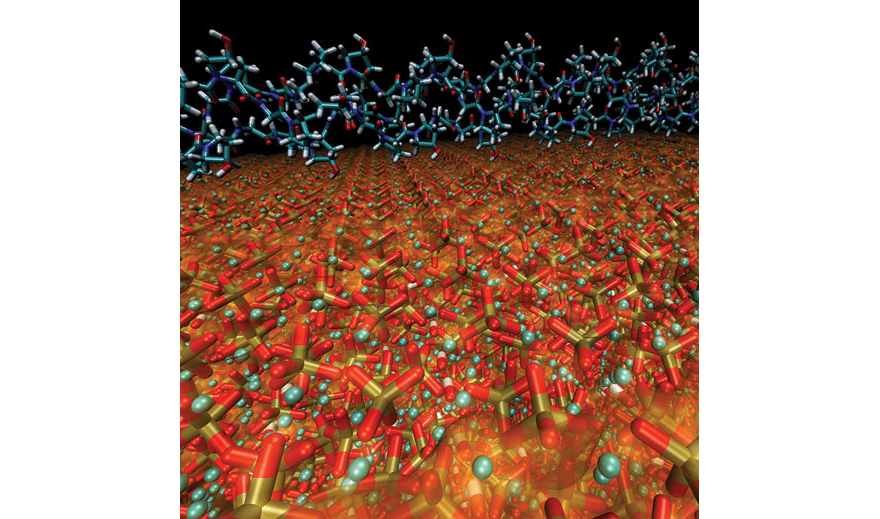 Buehler and his team have been investigating how two key constituents of bone—soft, flexible collagen and hard, rigid hydroxyapatite—work together, on a molecular level, to make bones extraordinarily resilient. Because of the specific way that the latter material is embedded within the former, "Hydroxyapatite takes most of the forces in the material, whereas collagen takes most of the stretching."Knowing and proving that is one thing; replicating that phenomenon into something a designer could spec into an object is another altogether. That's why Buehler and his team subsequently designed three different bone models based on their findings, and set about 3D printing them on an Objet Connex500 to test them under load. "All of [the designs] take advantage of the combination of stiff and soft materials typically found in composite structures, but their topologies vary," writes Ann R. Thryft, Technical Editor of Materials & Assembly at Design News. "One of the project's main objectives is to show that it's possible to design materials that have specifically tailored fracture mechanical properties, using computational models, and then make those materials using 3D printing."

The results were promising: With two out of the three models, Buehler's team was able to replicate fracture patterns that lined up with their computational models, which would seem to indicate that they have successfully mimicked, on a very advanced level, the actual structure of human bone by using a 3D-printer. To put a finer point on it, they were able to increase the material's "toughness modulus" by a factor of 20 simply by printing it in a very specific way.

If these research findings make their way into the public domain, it means we will be able to 3D print, using humble materials, structures that we'll know are extraordinarily strong. We'll know it in our bones.