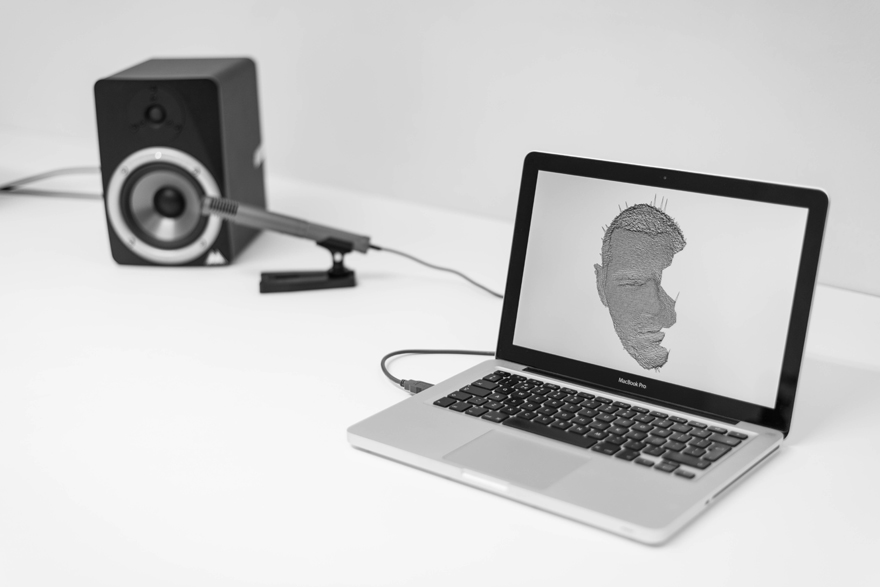 Fashion and music have always had a close ties when it comes to mutual influence (and often consumer), so it comes as no surprise that many of the smaller independent labels—which sign musical acts outside of what would be considered the typical consumer tastes—also operate merchandise stores that err on the design-y side.

Taking a leap from the sweaty house show merch tables in college, many of these online stores are pushing beyond promotional and branding and into the realm of artistic collaborations aided by the same technology that so influences the production of its musical artists. Most obvious Music meets Design collaboration is the label Ghostly International promoting designers such as Matthew Shlian and collaborating with to experiment in digital music delivery.

More recently, indie label Electric Deluxe out of the Rotterdam, commissioned designers behind Studio Hands in Arnhem to create merchandise as experimental as the music. 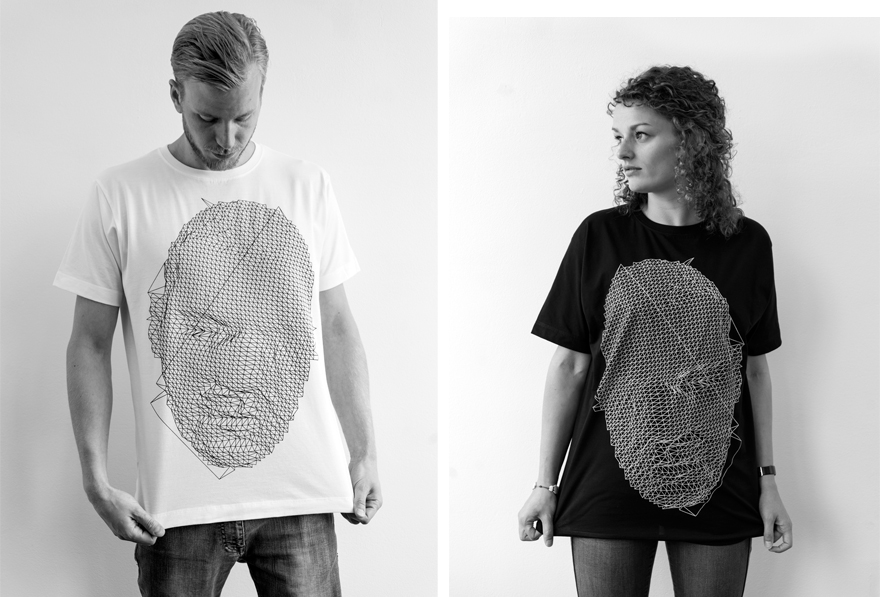 Thanks to some creative coding by Martijn Mellema, Studio Hands created an installation that would transmit sound between two computers in order to generate a unique T-shirt design. Mellema's application takes the respective designs (including the wire framed face of Speedy J), sonifies theml and plays the result through a speaker. The series of beats act as a Morse code that is reconstituted after being picked up by a secondary microphone and translated back into a 3D model. The resulting image appears with unpredictable glitches occurring in the unconventional transfer method.

Naturally, we question the actual production methods, as there is an incredible amount of tweaking that must have occurred in order to produce a glitchy but usable design. Likewise, it reportedly took eight hours of transfer time to generate the portrait of Speedy J, so we'll assume they wont be coming custom anytime soon. Much like Knitic's brainwave wearable, we can think of a whole slew of inconvenient uses for this installation (bring it to the next live show, perhaps). Still, we're hoping that Hands studio and Electric Deluxe continue this collaboration past simple mapping and promotional material and into actual performance.