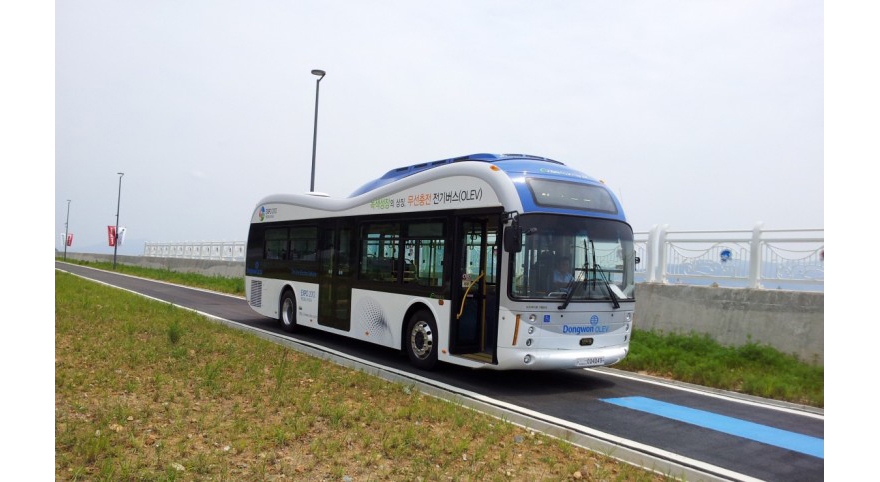 At least two of the challenges of designing a current-day electric car are based on infrastructure limitations. One, electric cars need to have relatively large, expensive batteries—the one in Chevy's Volt reportedly runs a whopping $6,000—to deliver the kind of range that people want. Two, the car still needs to have an entire gasoline engine wedged in there too, as there aren't enough charging stations to see mass electric car uptake from those who want to cover large distances. But a recent development in the South Korean municipality of Gumi may have an impact on electric car design that far exceeds the public bus system for which it's currently being applied.

The resident eggheads at KAIST (the Korea Advanced Institute of Science and Technology, something like South Korea's MIT) have developed a technology called Shaped Magnetic Field in Resonance, or SMFIR. It consists of power cables operating at a specific frequency, which then generates an electromagnetic field. A coil placed within a certain proximity to that field can turn that resonance into electricity. It's essentially wireless charging, but due to the intricacies of the KAIST design, they can achieve an astonishing 85% transmission efficiency.

What Gumi has done is lay SMFIR cable underneath select stretches of road, and then kitted out two electric public buses with the SMFIR coil. The batteries in the buses are quite small—about a third the size of what you'd find in a regular electric vehicle—and planners calculated that due to the high efficiency rate of SMFIR, they only needed to wire 5% to 15% of the bus' route to provide the requisite juice. 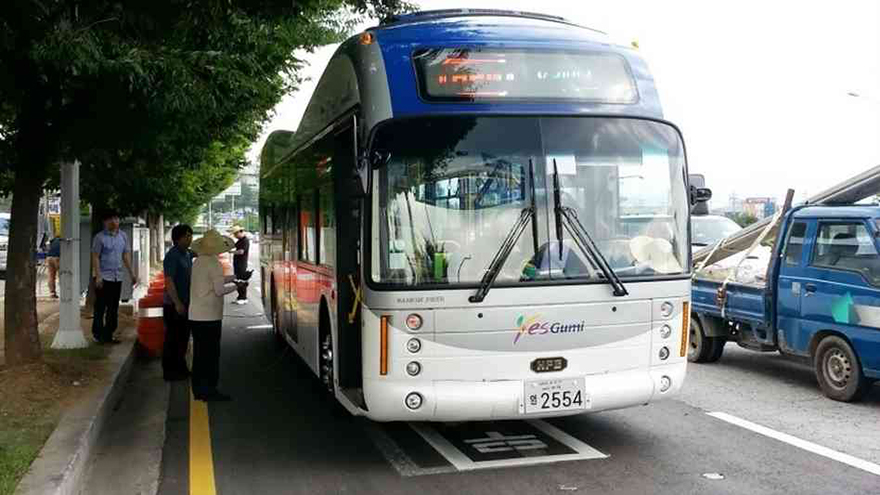 The system shows such promise that Gumi has reportedly ordered another ten buses. One obvious concern is radiation emitted by the field, but Extreme Tech reports that "the level of radiation produced by SMFIR is well within the limits imposed by international EMF standards." For skeptics like me who need a bit more reassurance, the bus system's planners have taken the additional step of having the SMFIR charging turn on only when one of the buses approaches. (Fellow skeptics will note that that does nothing to protect the people riding in the bus.)

I'd like to see the health concerns addressed in studies. With those issues answered, the benefits of such a system are easy to see. Wiring just 5% to 15% of any given route, while still a massive undertaking, is a far cry from the fully-electrified highways the previous wireless-car-charging concepts had envisioned. And if electric cars could get by with smaller, cheaper batteries—and boot the gas engine altogether—we would surely see an automotive design revolution.