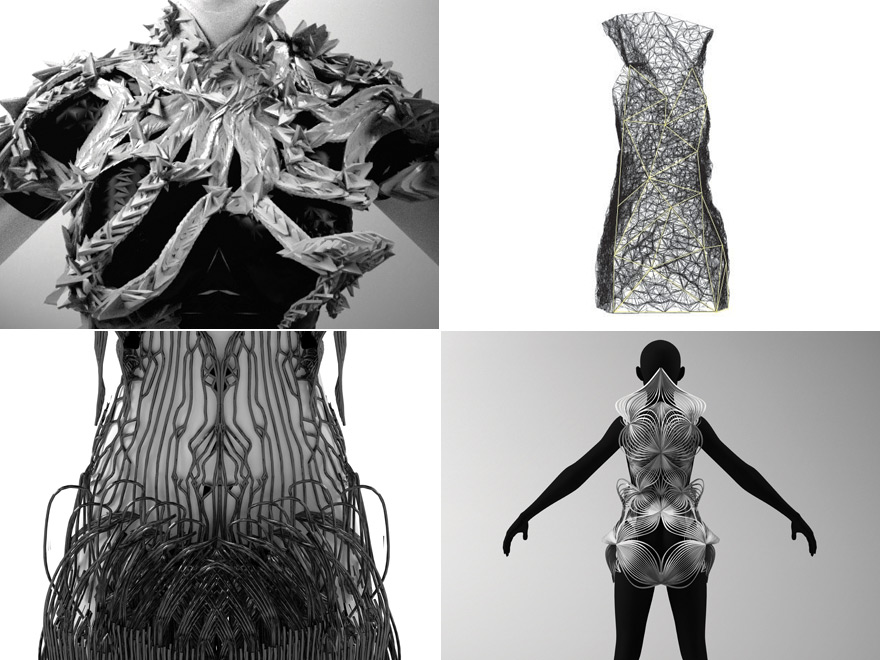 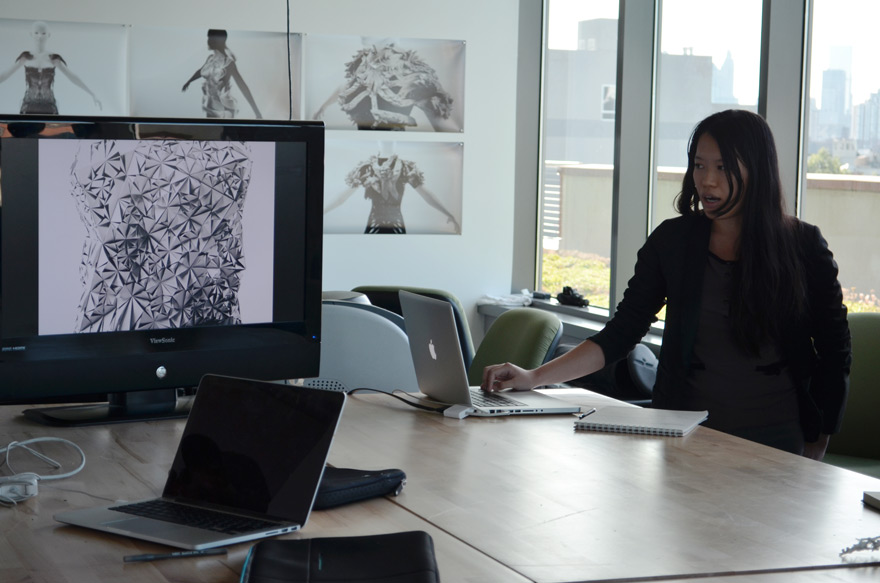 The second week of Francis Bitonti's New Skins: Computational Design for Fashion workshop saw a week-long charrette at Pratt Institute's Digital Arts and Humanities Research Center. This intensive design/prototyping phase of the three-week course culminated with a presentation to a panel of critics including architect and designer Vito Acconci, mononymic fashion designer Jona from INAISCE, and representatives from MakerBot.

Leading up to the review, the students worked in four teams of three to produce their designs in a digital environment. Each team also produced prototypes of a 3D-printed textile, printed on the MakerBot Replicator 2, which is part and parcel to their proposals for their final projects. "The MakerBot gives the designers immediate feedback between the digital and the physical world," Bitonti noted. "With all the complexity we are able to generate in the digital environment, it's important to have immediate material feedback so that the students can start push the geometry towards cultivating interesting material behaviors."

The workshop is about finding the new aesthetic formal language of this new manufacturing paradigm. It was essential that the students work directly with rapid prototyping equipment. The materials are different they are built different, the students need to be working intelligently with the materials and build procedure. We are working with these materials as end use parts it's not just about replicating a form from the computer, though that is part of it—it's about cultivating new material behaviors.

The makerware software has proven to be extremely valuable in fine tuning the material output. The final design the students produce will be entirely printed on MakerBot 3D printers. 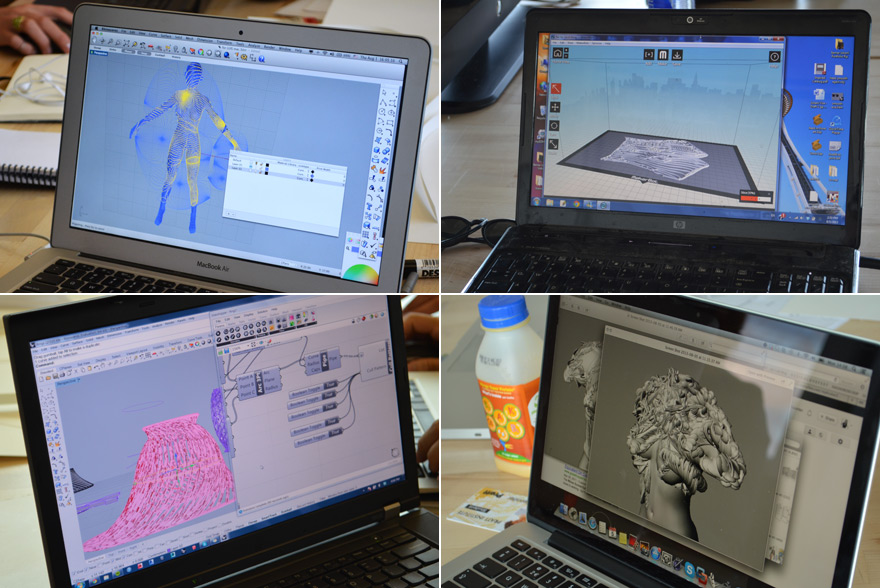 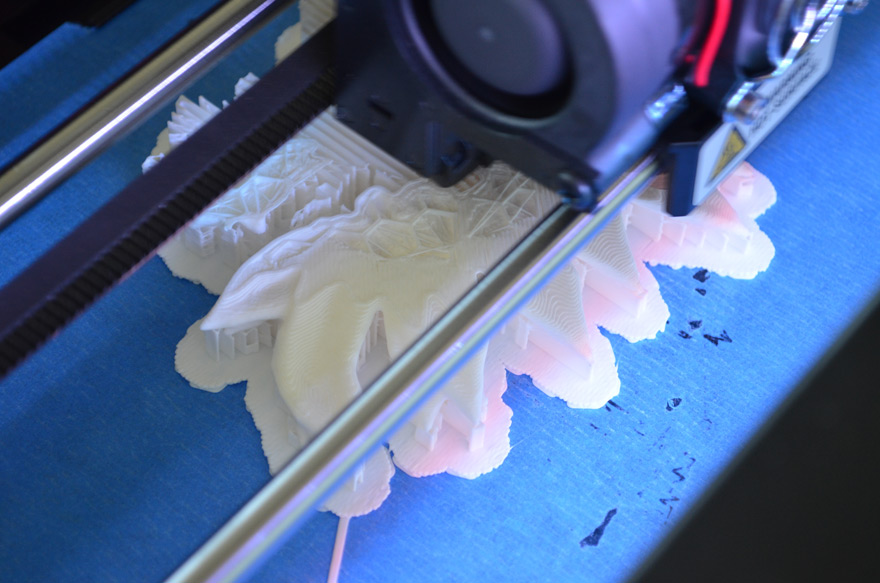 They jury was asked to select a design that all of the students would then work together to realize in full and to be photographed for the final week of the workshop. At one point, Jona and Acconci engaged in an interesting debate about the use of symmetry in fashion design—the former argued that it was necessary while Acconci suggested it was important to challenge these ideas.

In the end, the jury selected two designs and tasked the students with combining the intricate patterning of one design with the silhouette of the other. 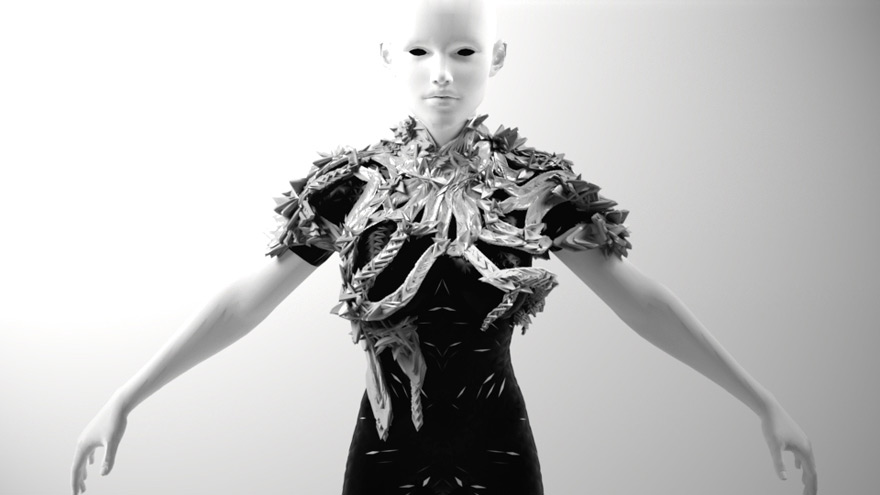 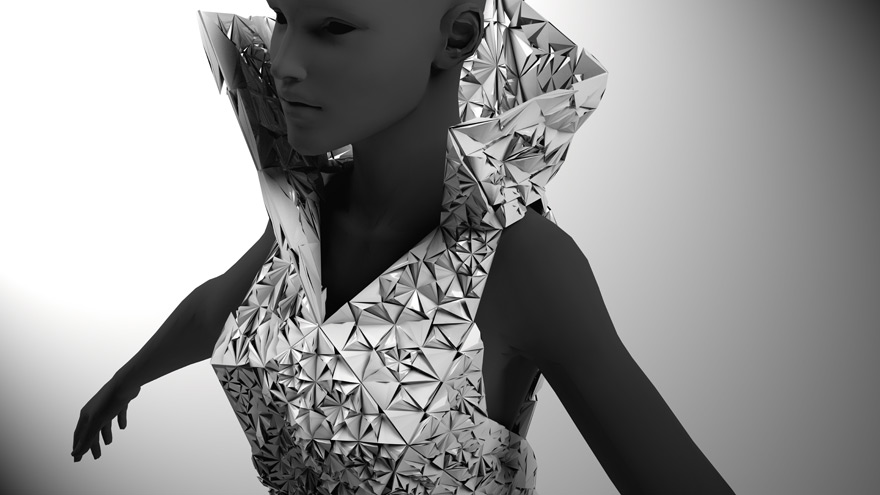 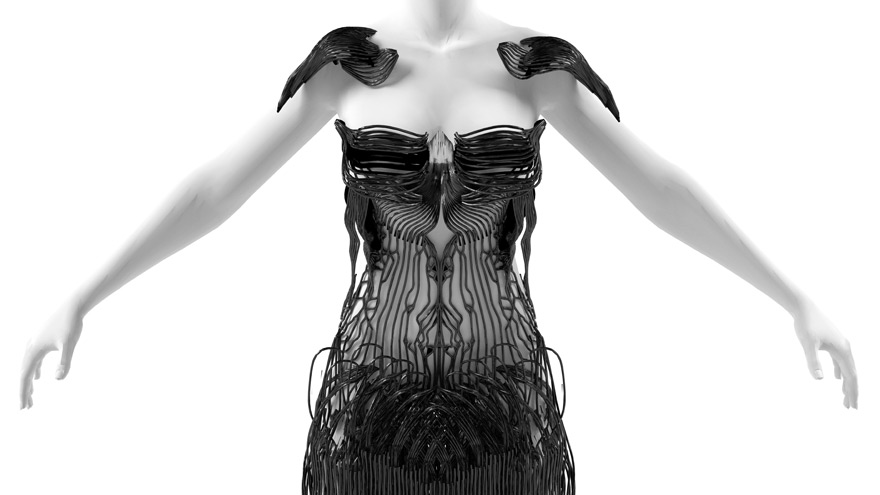 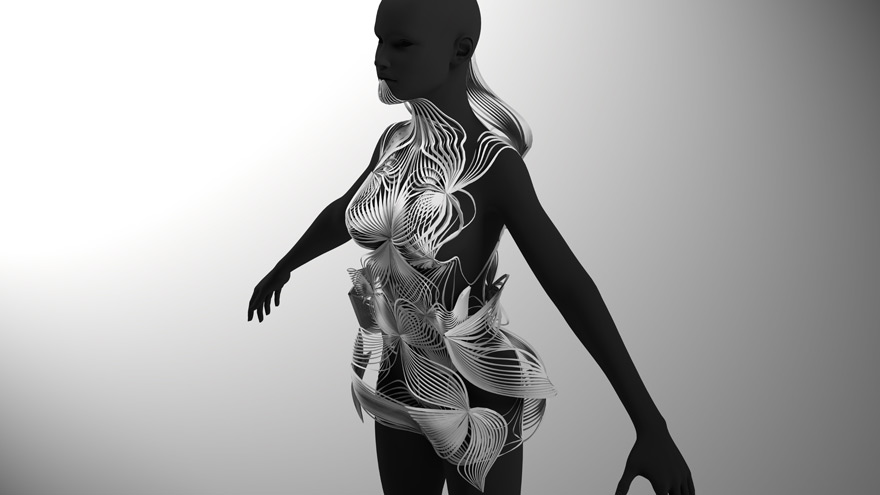 Bitonti, for his part, was impressed with the results. "I cannot believe what the students have accomplished in only a one week design charrette and only one week of software instruction. Each team has produced some amazing work and is thinking critically about the discipline through the new technologies. I think they are all walking away thinking differently about their design and production processes." 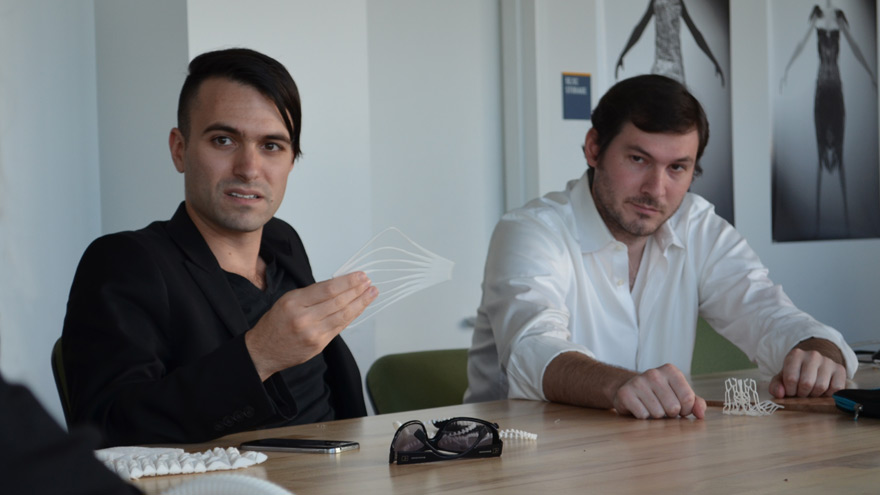 Following the jury presentation, the students spent the final week fabricating the final design and tailoring the garment to a model for a photo shoot. See the results here.