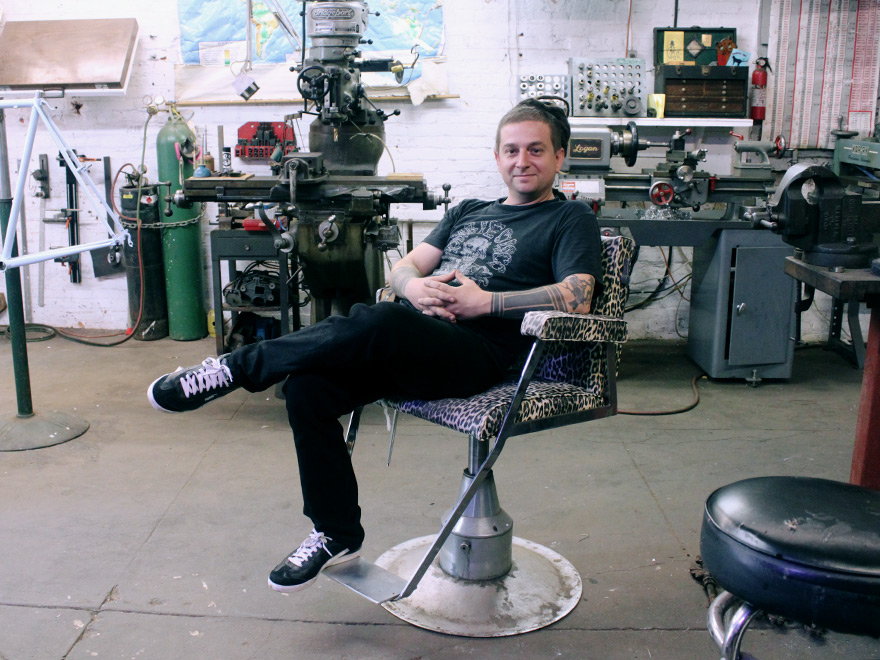 Johnny Coast has been handcrafting custom bicycle frames in his Brooklyn shop for the better part of a decade now, but he first got his hands on a torch before he learned how to drive. Of course, seeing as his father owned and operated an auto body shop that specialized in custom work for hot rods, Coast was certainly comfortable behind the wheel by then. (As the story goes, his grandfather was also a machinist, and Coast inherited machine tools that have been going strong for three generations now.) "I basically grew up in [my dad's] shop," he says, reminiscing. "As far back as I can remember, he was teaching me how to work with metal, I was welding by the time I was 12 years old." Beyond the work itself, Coast's father taught him "how to work and think about metal, how to safely run a shop... Basically he planted the 'maker bug' in me." 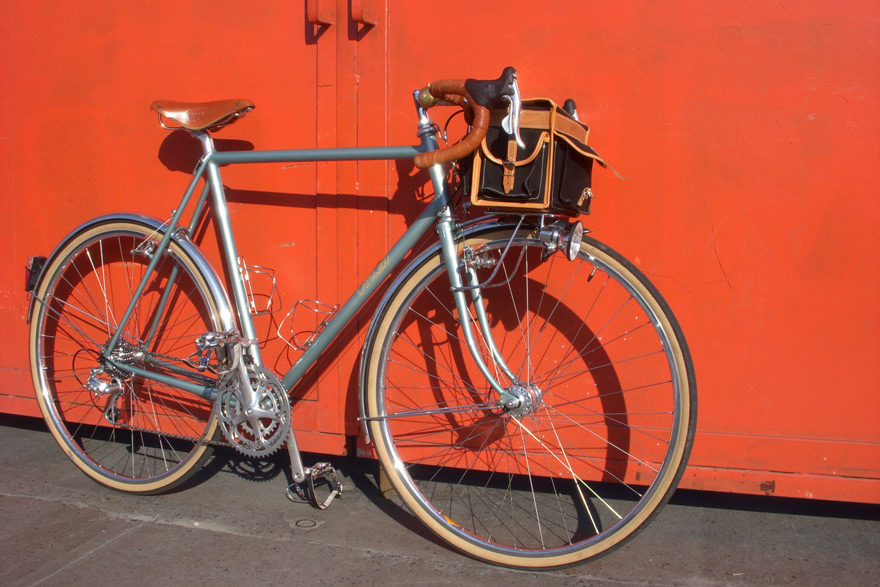 Coast eventually parlayed his longtime predilection into a vocation at the United Bicycle Institute, with further tutelage from legendary framebuilder Koichi Yamaguchi. We recently had the chance to check out his Bushwick shop and hear him elaborate on these experiences and more:

Core77: How did you end up building bikes for a living?

I studied framebuilding at the United Bicycle Institute, a trade school for framebuilders and bicycle mechanics. I also learned fillet brazing and stem building from Koichi Yamaguchi, master framebuilder of the famed 3rensho bicycle company. Both [of my educational experiences] were great and almost polar opposites from each other. UBI has an almost lab like setting, with lecture in the morning and lab hours in the afternoon, very structured, as it is a state-recognized trade school.

The Yamaguchi classes, on the other hand, were one-on-one with the teacher. All of the hours spent at the work bench going back and fourth with the task at hand, I would work for some time then Koichi would take the file from me and show me how to file the coping. It was very intense, always with Koichi over your shoulder either accepting your actions, or rejecting them, and instructing you in his way. He was sort of mind blowing for me because we needed a part for the stem I was working on and not having one in stock, he shrugged and said, "we'll just make one." I kind of realized the brilliance of just fabricating anything you need...

After school, I set up shop and started making as many bikes as possible, putting this knowledge to use. My father used to say that [when kids graduate from] trade schools, they think they know everything but have no experience. It was true: UBI handed me all of these answers, but I had no experience, so I set out to learn some things by doing them. 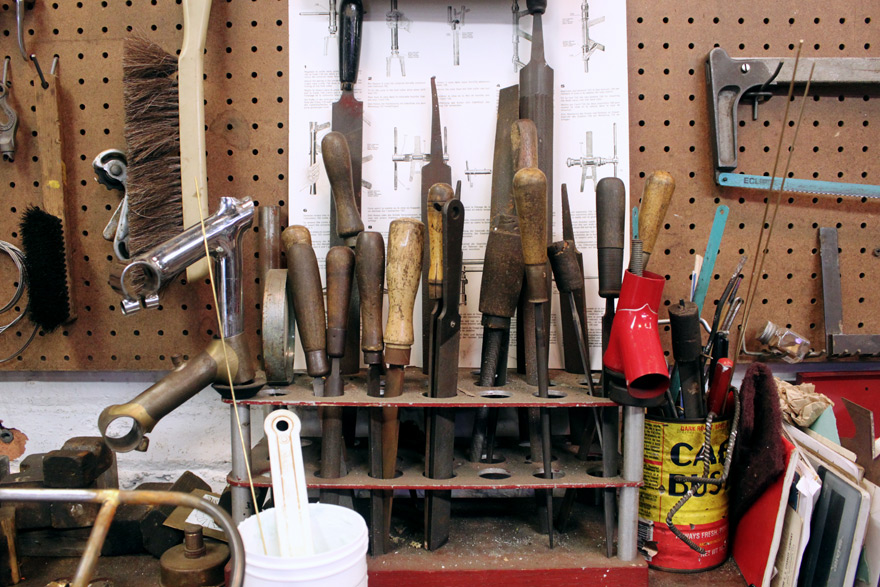 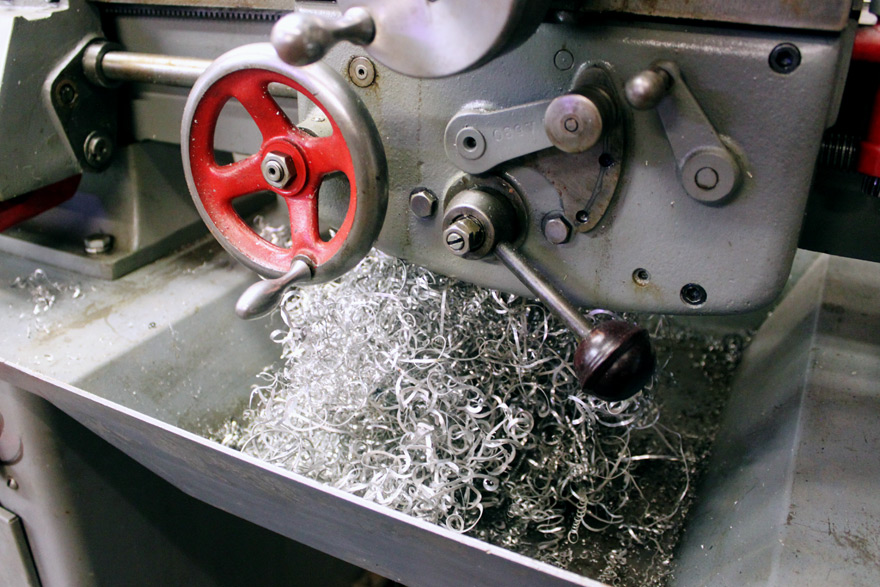 How has the local custom bike scene has grown/evolved over the years?

It depends on how you look at this question. In NYC proper? About 10 years ago there was only Brooklyn Machine Works, but they are a production shop. Outside of NYC? East Coast builders? There are Peter Weigle and Richard Sachs, which breaks into a whole other world. These guys have been building for 35-plus years and have a scene of their own, the Cirque, classic rendezvous, and the idea of the "Keeper of the Flame" current builders using classic techniques to make bicycles (i.e.. no carbon fiber, steel only)

I draw a lot of my inspiration from these two guys... But there was no cohesive sense of "NYC Framebuilders."

After I had gone to school and set up shop, I found a guy named Jamie Swan, a builder out on Long Island. I contacted him because I knew he built bicycles and had an extensive machining background. I needed some guidance in buying some machinery and knew he was the guy to help. I guess he started hosting open shop days at his shop through the BVVW—that's the "Brooklyn Velodrome Vintage Wheelmen," a cycling club in NYC. I think that those meetings or open shop days were the beginning of what you may call the evolution of a NYC custom framebuilding scene...

So now you have the NYC framebuilders group, loosely organized. We get together once a month and visit each others' shops, talk framebuilding techniques, and generally share knowledge. Sometimes we even light the torches and do some work on something for fun. There have been informal classes for anyone in the group—at most, it's a learning collective; at very least, it offers a sense of community. 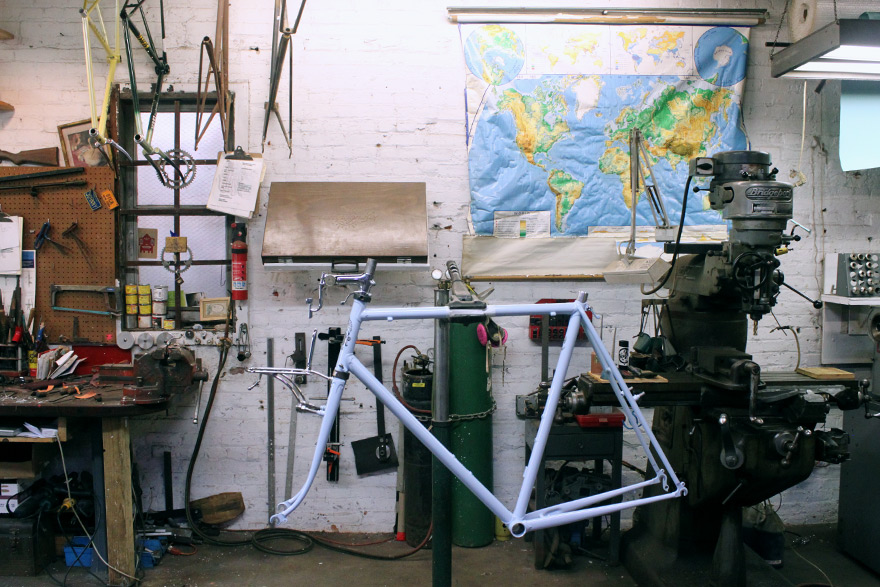 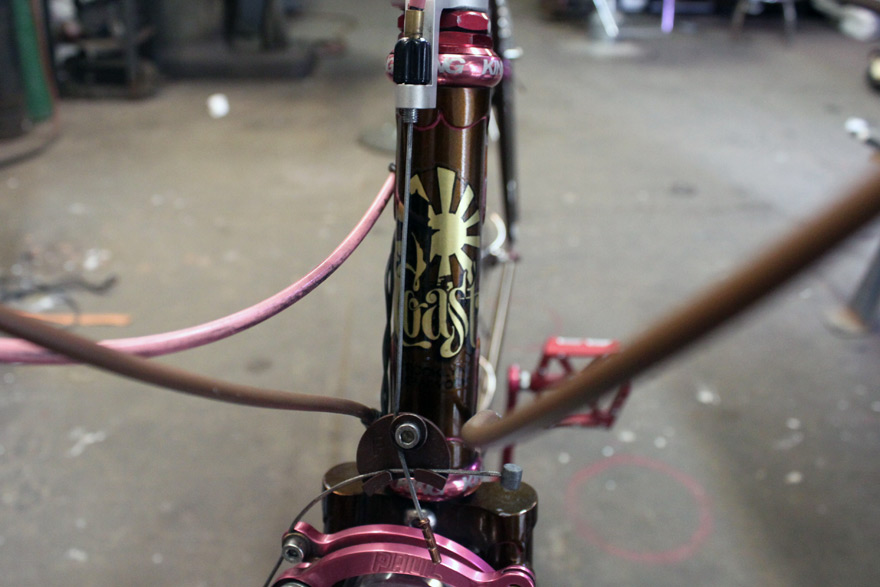 Why do customers choose you as opposed to other builders? What makes Johnny Coast special?

I dont know, you might have to ask them. All I know is that Im working to achieve a certain level of craftsmanship on every bicycle I make. I'm focusing on one thing: making fine bicycles. Well thought-out, purposeful, beautiful bicycles. If you ask them, I hope that's what they say.

What are you working on these days? What can we look forward to seeing at the show?

One thing I'm excited about lately is the wiring for the SL generator hub by Schmidt. Generator hubs normally have wires running to the hub that you have to disconnect if you want to take off your wheel. If, for instance, you need to remove your wheel during a late night ride in the rain because you got a flat, it can be a real hassle. The SL hub does away with the connector—instead, it requires special wire routing and drop outs: there is a positive and a negative fork drop out, and a wire that is run as a positive with a stainless steel tube inside the fork leg. It's a lot of work, but what you end up with is a more user-friendly, convenient way to have a generator lighting system. With the wires hidden inside the frame itself, there is less wear and snagging on these wires, as well as a tidier appearance. 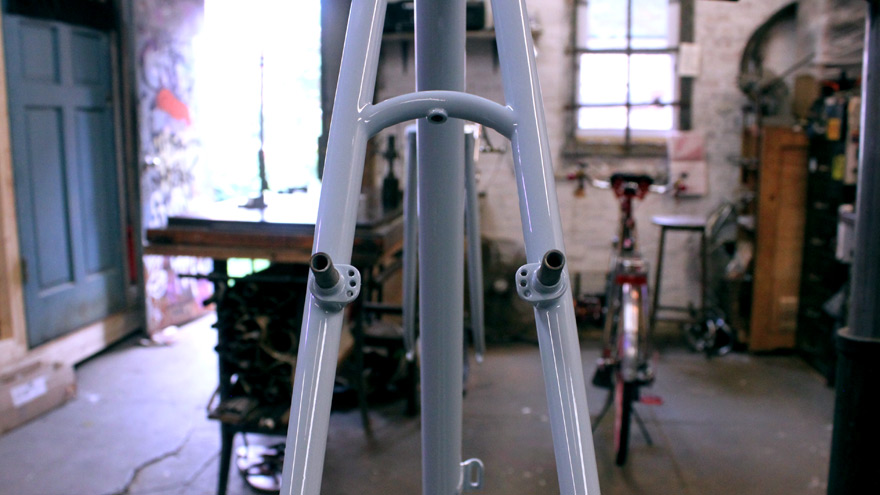 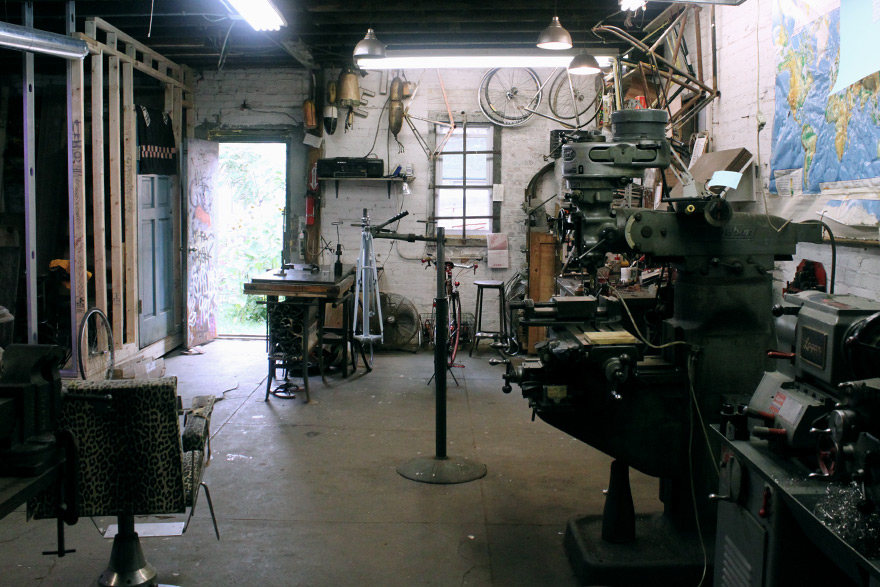 From those seminal days in his father's shop to his time at UBI and his one-man operation today, Coast continues to hone his craft, true to his belief in learning by doing. "I really think the only way to learn anything is to immerse yourself in it fully. I feel like my skills perked up when I started building full time, all the time. And I feel like every time I make something, I'm learning more. Never stop making things and you won't stop learning, you'll only get better tomorrow." 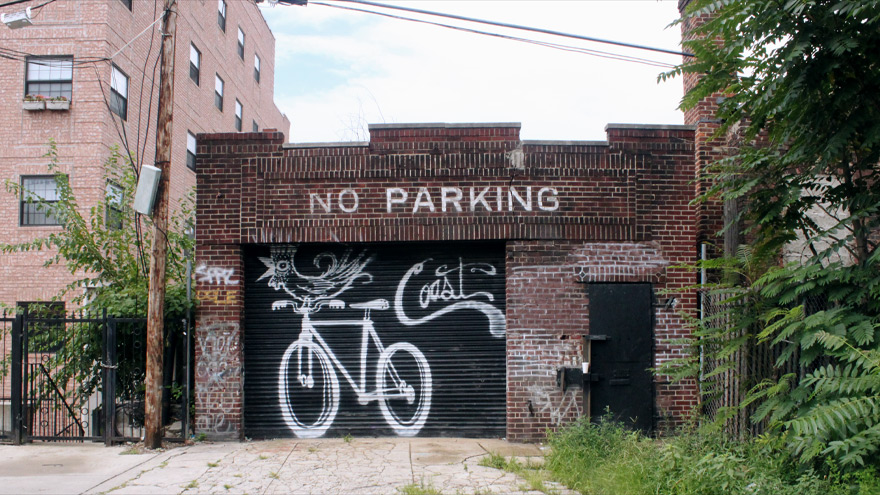