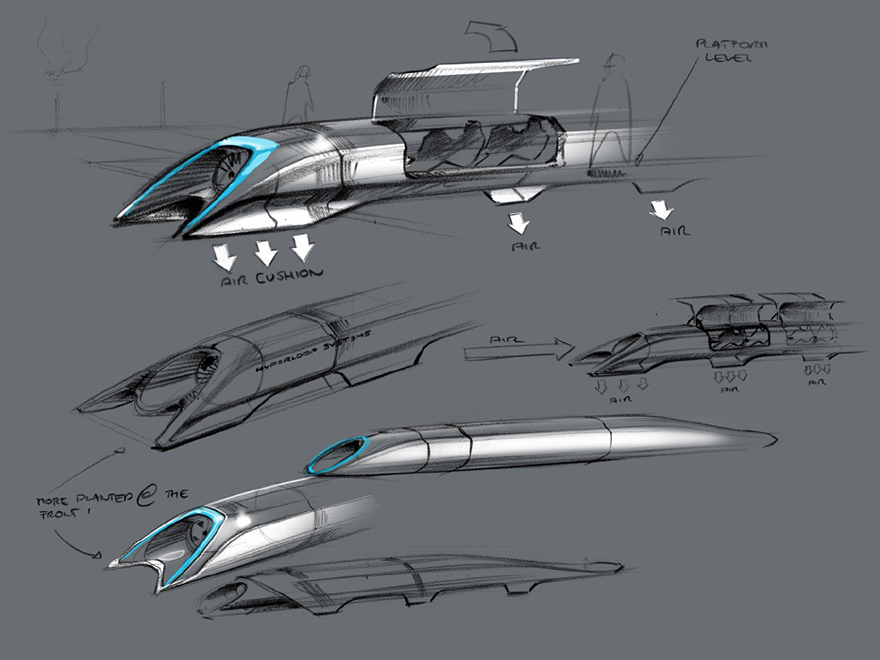 After a year of teasers, Elon Musk has officially unveiled the extent of the thinking behind his Hyperloop concept. In a Tesla Motors blog post, by interview with major media outlets, and via a 57-page proposal with images [PDF], Musk spells out how the vaunted high-speed transport system would whisk passengers from L.A. to San Francisco in a half hour. Many media predictions (including ours) about what the Hyperloop would be were wrong. Here are some of the surprises: 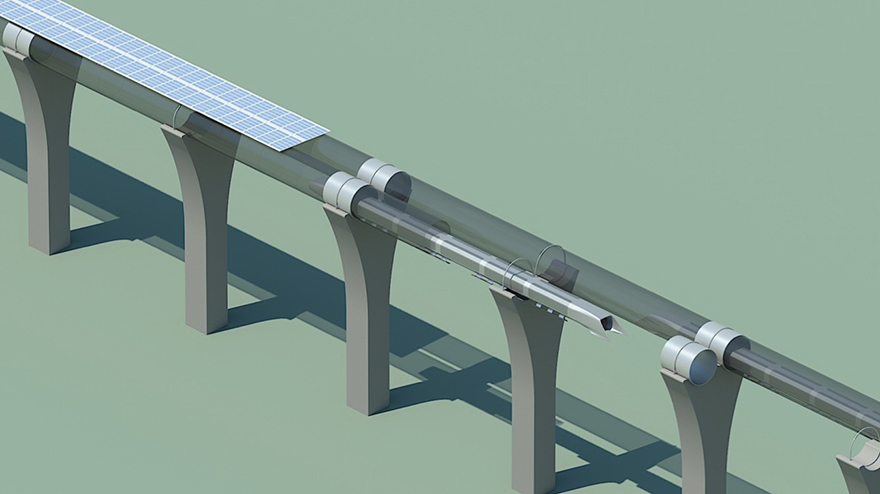 The Hyperloop will not be underground. Instead the proposal calls for an elevated track, presumably cheaper to erect than tunneling, and better than a surface-borne system as it leaves farmland largely intact. Conventional train tracks, in contrast, require bisecting the land and providing crossings that are miles apart. 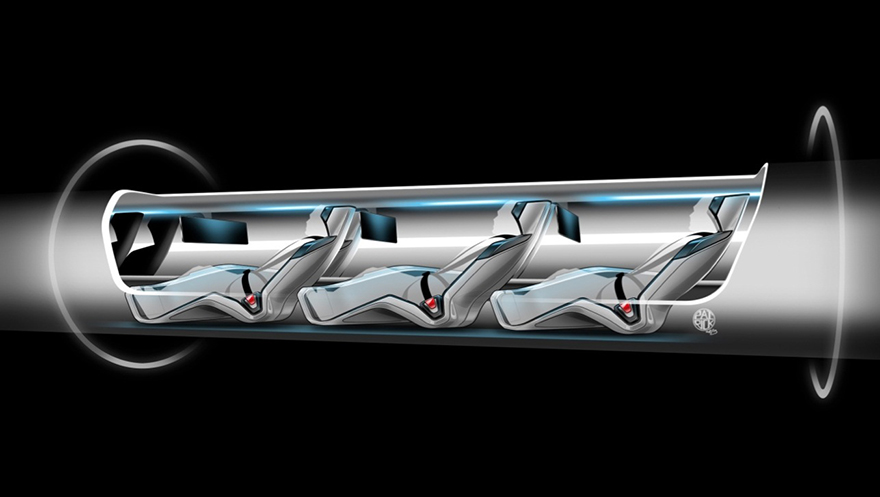 It will not be a giant vacuum tube, nor one operating at normal atmospheric pressure. While the Hyperloop will consist of independent pods enclosed in a steel tube and riding on a cushion of air, it will be a low-pressure tube. Cheaper than creating a vacuum for the length of the tube, yet provides less friction than it would at atmospheric pressure. 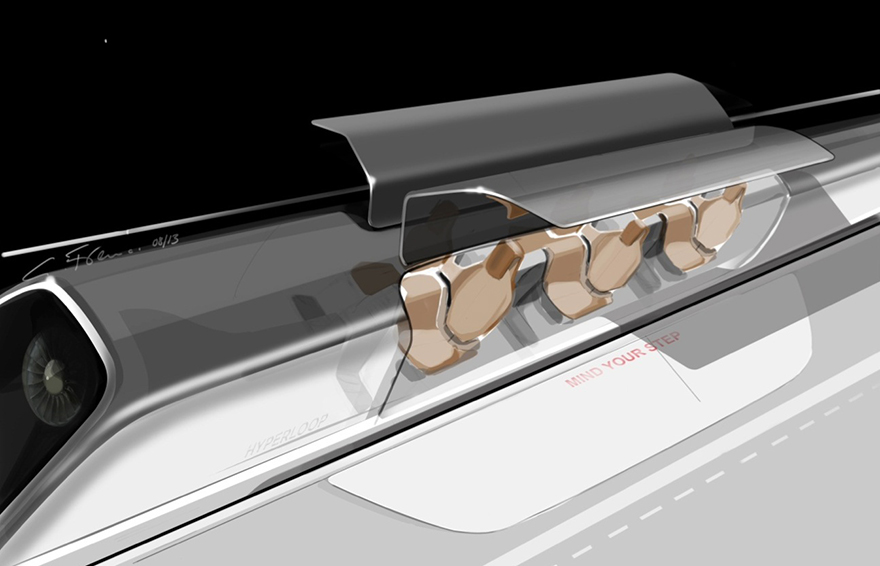 It's based largely on existing materials and technologies. The tube: Pre-fabricated sections of steel. The pylons: Reinforced concrete. The power source: A combination of electromagnets to get it going—like that used on high-end roller coasters—and solar power juicing up "re-boosting motors" spread along the route to keep it coasting. Skis for the pod to ride on: Inconel, a metal alloy resistant to both pressure and heat, and currently in use by Musk's SpaceX venture. 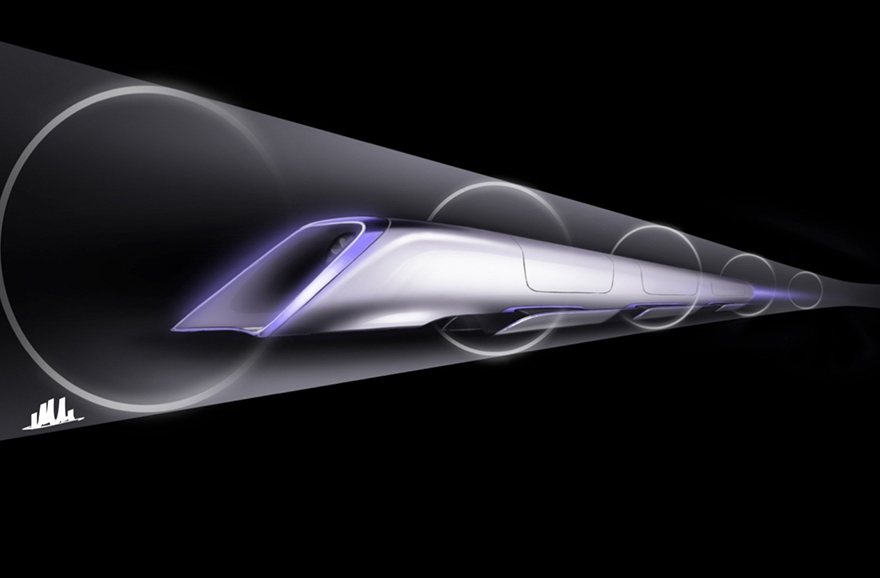 It will not be supersonic. By maxing out at 760 m.p.h.—just under the speed of sound—it will get passengers from L.A. to San Francisco in roughly 30 minutes, without that annoying sonic boom. Which is important since Musk envisions the system being able to launch pods every 30 seconds during rush hour. 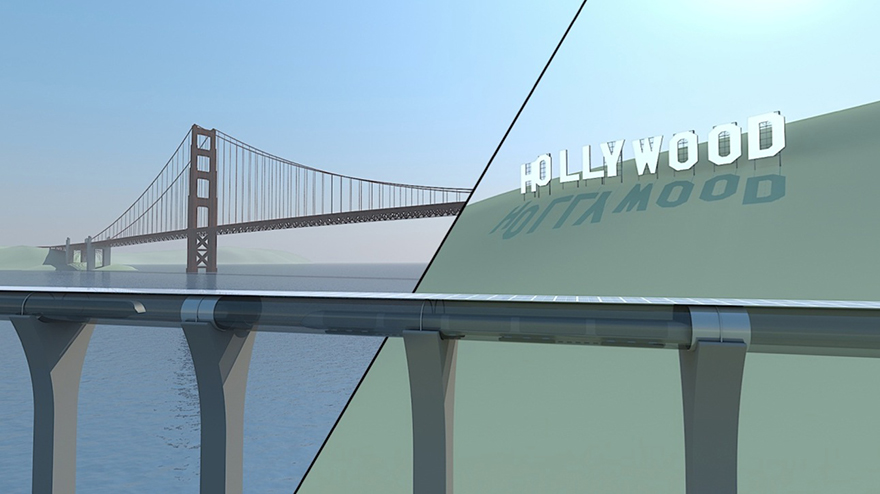 It is not necessarily scale-able. A New York to L.A. Hyperloop is unlikely; Musk outlines that his concept makes most economic sense for sub-1,000 mile routes, and that anything beyond that stops making sense from a cost perspective.

By necessity we have grossly condensed the contents of Musk's 57-page document detailing the system. But it is staggering how much of this he has thought through, from earthquake resistance to efficiency of propulsion to cargo variables (both people and cars?) and above all, cost. Should the system be realized in its current iteration, it is projected to cost a fraction of California's current proposal for a high-speed rail system—by Musk's reckoning, his system will run $6 billion to $10 billion, while he envisions the state's proposal reaching the $100 billion mark.

We highly recommend those of you interested in transportation check out the document at the link above. And Musk is soliciting feedback on the designs, with an e-mail address provided at both the blog link and on the first page of the PDF.