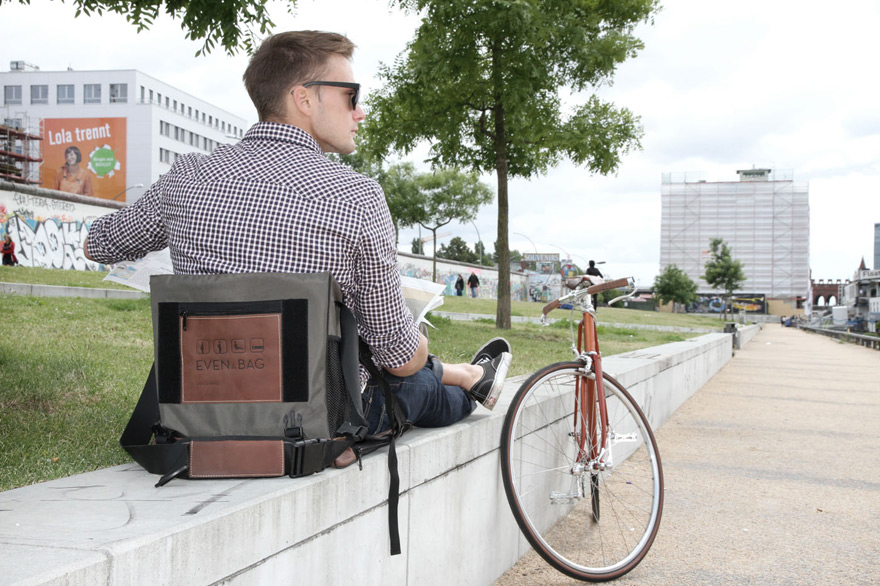 We've seen plenty of examples of feature creep over the years—an inevitable consequence, perhaps, of an increasingly saturated marketplace and a broad lack of differentiation between the majority of options in any given consumer product category. However, a new bag concept might be a rare exception: although EVENaBAG is described as "chameleon on your back," the tried-and-true Swiss Army Knife metaphor is perhaps more appropriate: several auxiliary functions are concealed in the panels of what looks like a run-of-the-mill messenger bag.Inspired by a work hard/play hard mentality, EVENaBAG is designed to bring simplicity to your unpredictable schedule. How often have you & your friends met up after work for a concert or picnic in the park, an afternoon on the beach or an evening ballgame? What if your bag unfolded into a comfortable chair or a padded mat? How many times have you found yourself sitting on the floor by the only electrical outlet in the airport or train station wishing for some back support? What happens if there is a cancellation and you are stranded for the night? EVENaBAG has you covered as a sleeping mat. 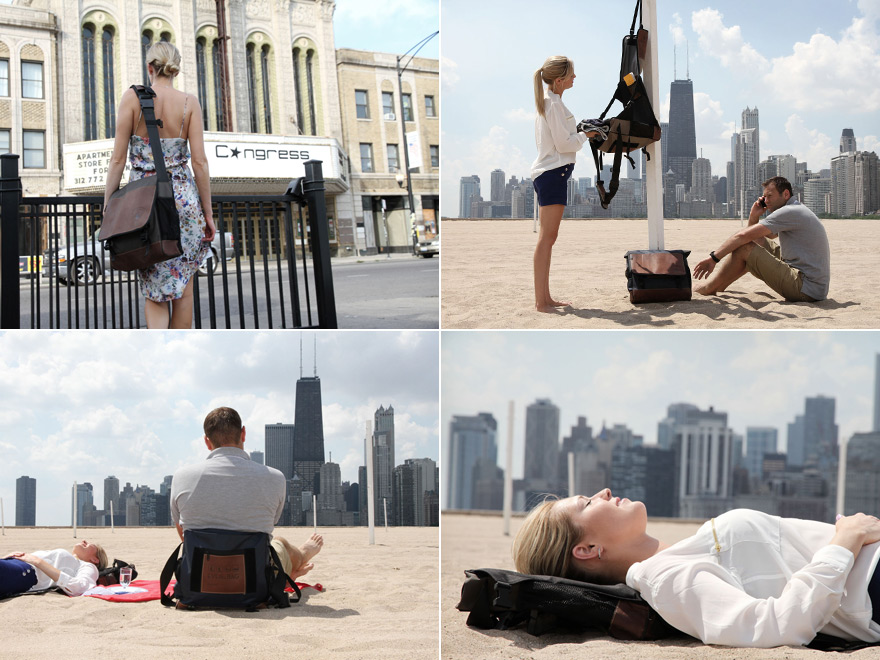 The packable camping chair has been around for a while now, but designers Rocco Kruse and Adam Bauerband (of Berlin and Chicago, respectively) had the insight to integrate the packable fabric seating solution into a messenger bag. The mat is essentially an extension of the chair—something like a more versatile version of the previously-seen Whaletale—while it also serves as a light-duty hanging 'closet.'

While the styling happens to be a bit overdone for my taste, I'm impressed that EVENaBAG looks and functions as a normal, two-compartment messenger bag, which is easily its biggest selling point. The name, of course, is a riff on the fact that it is, in fact, a bag—a standard accessory for nearly everyone in this day and age, on the threshold of the phenomenon known as EDC. Its self-effacing name is intended precisely to emphasize its other functions... and let's face it, NOTJUSTaBAG doesn't have the same ring to it. 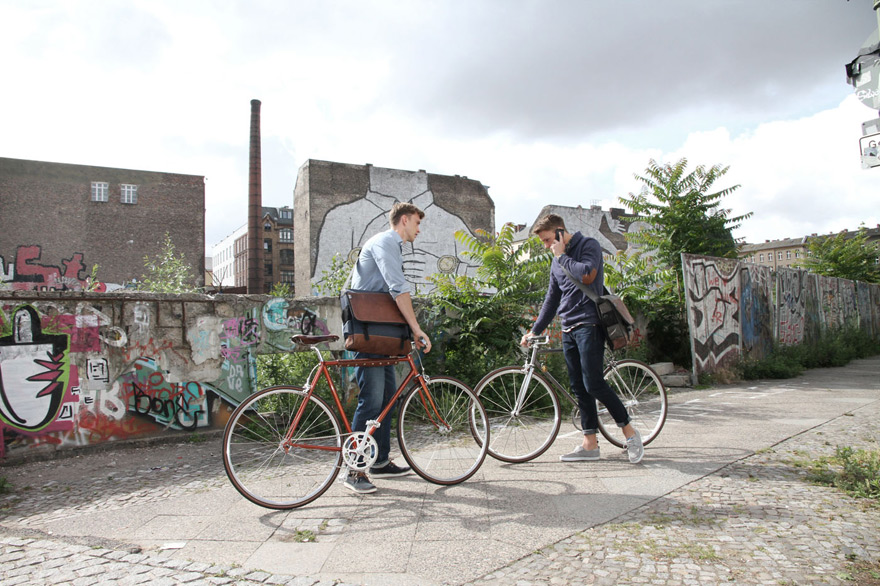 A Kickstarter campaign for EVENaBAG will tentatively launch next month; in the meantime, you can learn more at EVENaBAG.com.