For the Corvette Stingray, a User-Configurable Dashboard 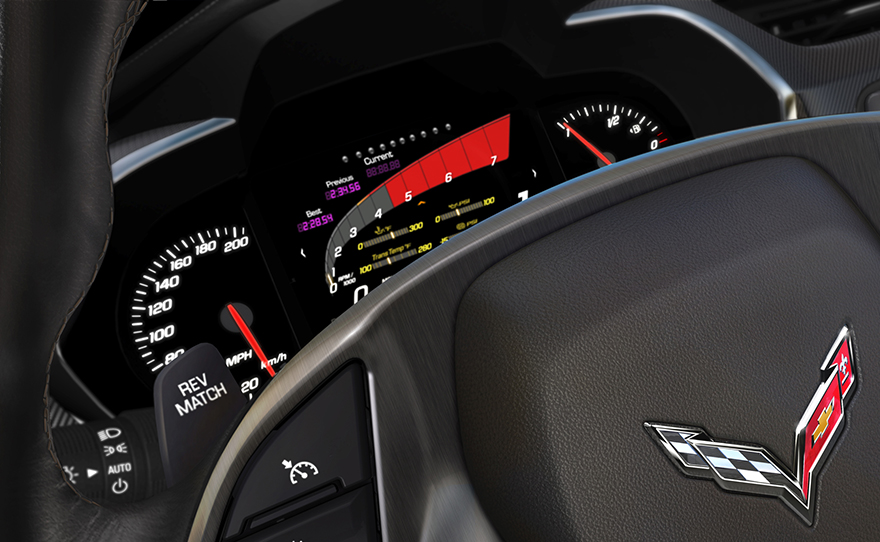 As we recently saw, Ford has been experimenting with ways for drivers to use real-time vehicle information. Now competitor Chevrolet is also throwing their hat into this ring with a new, configurable dashboard display in the 2014 Corvette Stingray.

For the Fast & Furious set, the Stingray's dash can display acceleration and lap timers, as well as surprisingly techie stuff like a "friction bubble" displaying cornering force and a gauge showing you how hot the tires are. (Hot tires have better grip, which is why you see F1 drivers violently zigzagging on their way to the starting line; they're trying to get some heat on.) 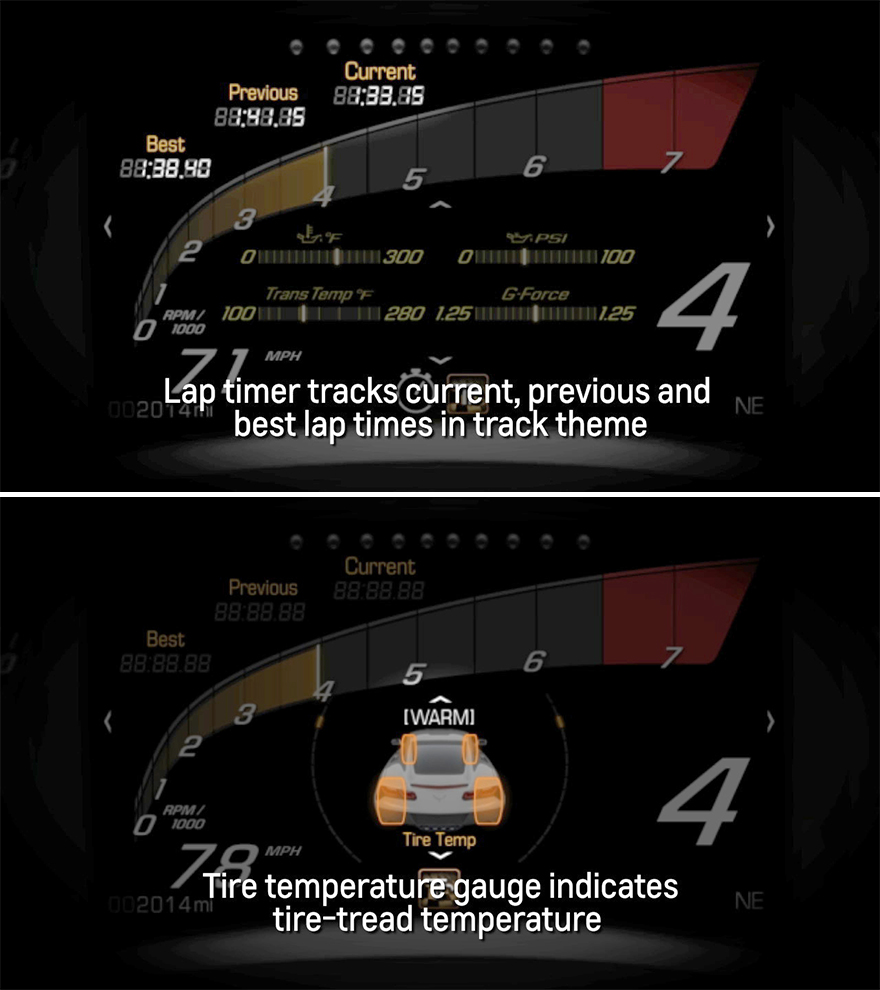 For drivers in less of a rush, the dash can be set to display more practical information like fuel economy, what the stereo's playing or navigational details. I think the latter one in particular is a good move, as having route guidance graphics front and center behind the steering wheel is a lot better than having to shift your gaze to the center of the entire dashboard. 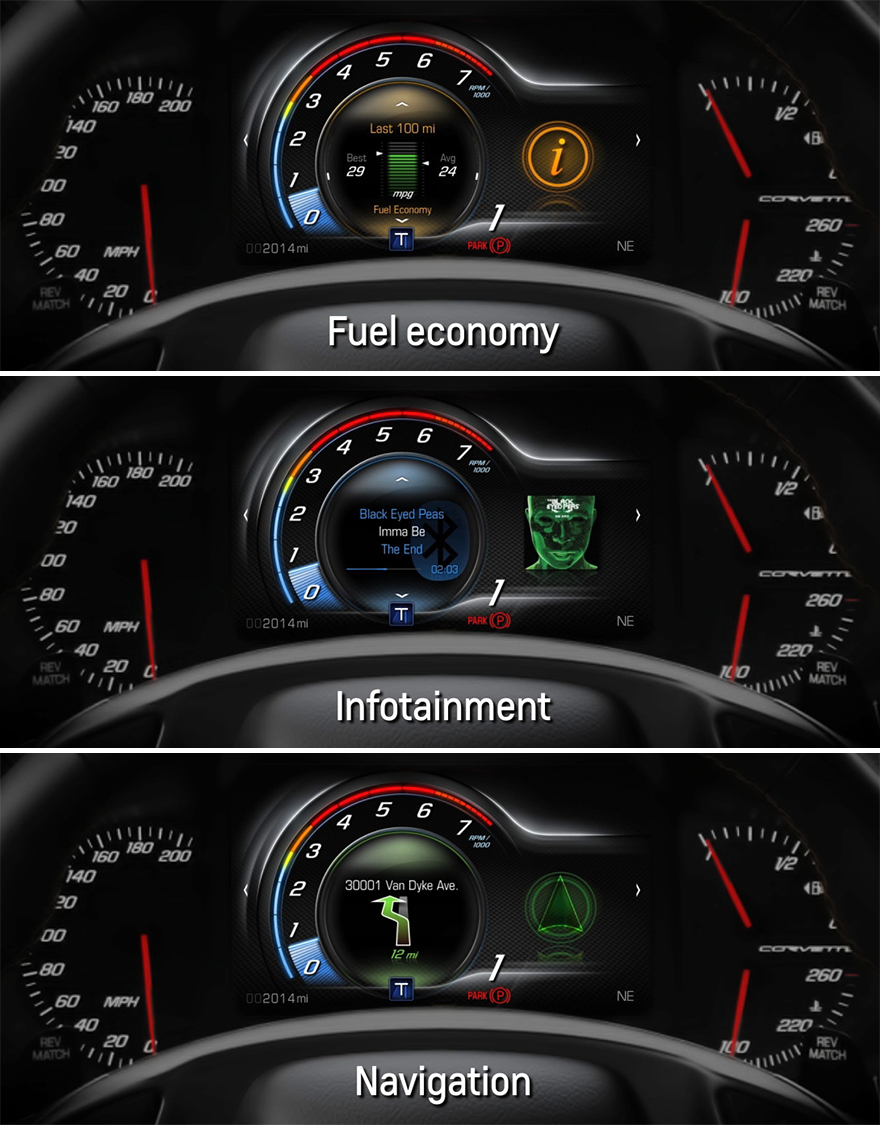 There are 69 different pieces of information the system can display, divided into three main themes: Tour, aimed at commuters and long-distance driving; Sport, which provides a pared-down, classic-looking radial tachometer; and Track, which gives you the hockey-stick tach, shift lights and an enlarged gear indicator. "Each of these three themes," says Jason Stewart, General Motors interaction designer, "can also be configured so that drivers can personalize their experience in the Stingray."

Here's a video look at the system:

For the Corvette Stingray, a User-Configurable Dashboard