Core77 Is an Important Blog for Thought Leaders and You Can Too! 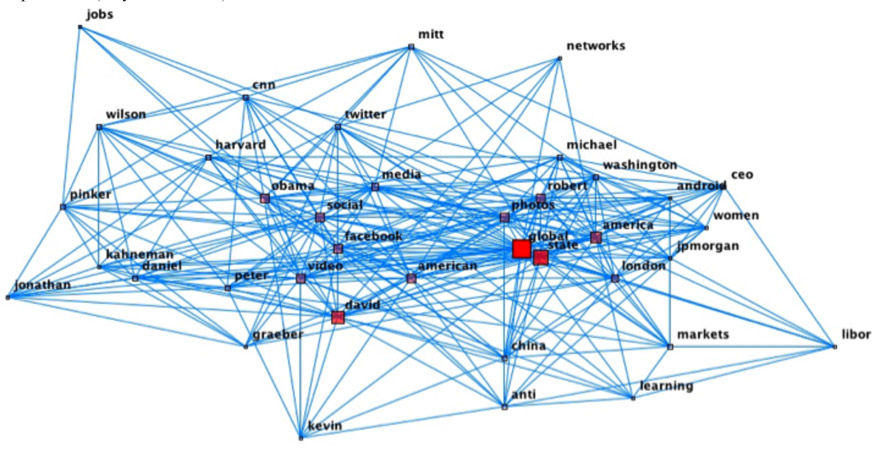 But what does it all mean?

Science has finally proven what we've suspected all along: that you, loyal reader, might just be a highly influential thought leader. According to a recently published paper [PDF] called "Coolhunting for the World's Thought Leaders," PI Karin Frick and her Gottlieb Duttweiler Institute colleague Detlef Guertler worked with MIT's Peter Gloor to determine "the thought leaders shaping current discourse on the future of business and society" based on the publications in which they're cited.Every year, numerous lists are published about the world's largest companies, the most promising startups, the strongest consumer brands, the richest individuals, the most successful sports stars, the top chefs and the most important trends in technology. Unlike these lists of business or technology leaders and trends, the most important thought leaders and trends shaping our society have not been subjected so far to any truly systematic analysis and regular publication...

A thinker gains influence only if his or her ideas attract attention, are taken on board by others and are then discussed in depth. This not only means discussions held within an inner circle or research group but also the wider, subsequent debate with a broader public, which also includes laypeople. Today, the most important marketplace for new ideas is the Internet, where they are first presented, disseminated and most vigorously debated. If we want to gauge the actual influence thinkers possess, we therefore need to assess their status on the net and the intensity of debate in the virtual infosphere about these people and their ideas.

Lo and behold, Core77 comes in at a solid number 11, and considering that HuffPo swept the podium, we're technically in the top ten. As for the methodology, MIT Technology Review offers a nice summary of the criteria for your—and, by extension, our—quantitatively-averred influence:Frick and co do this by starting with a hand-picked list of 100 thinkers in the fields of philosophy, sociology, economics and the hard sciences. Frick and co cross-check this list by asking 50 thought leaders to name their most important influences, a process that throws up essentially the same people.

Next, Frick and co then assume that a person is influential if their ideas are discussed on important blogs. So they put each thinker's name into a search engine and collect a list of all the most influential blogs mentioning that person.

The final step is to plug the URL of each of these blogs into the search engine to find other blogs that link back.

The major findings of "Coolhunting for the World's Thought Leaders" are denoted in the abstract and section headings: "Major thought leaders are rare—the picture is composed of many specialists"; "Economists Rule"; "Writing a Book Is Key"; "Wikipedia Adds a Multicultural Dimension." But I was also interested to learn that the data represents a snapshot in time and, as such, the researchers are planning to crunch the numbers on a regular basis:

Making use of the fact that—other than general Web sites—blogs are continuously updated, this method is very sensitive to the time when the blog queries have been conducted. When this analysis was carried out (August/September 2012), for example, Thilo Sarrazin had just published his most recent book... Re-evaluating his position six months later, his position will certainly be quite different—and thinkers who are then being hotly debated will have a higher relevance. Comparisons over extended periods of time will let us distinguish between "one-hit thinkers" and longterm thought leaders.

Indeed, the paper concludes that this area of research remains open-ended: "We will continue to develop this ranking system and will conduct further network analyses at regular time intervals..." which means that we need you, the Core faithful, to go out there and continue influencing thoughts so that we can improve our ranking next time around.