A Better Way to Get Into Outer Space, as Demonstrated by a Power-Drill-Operated Shotgun 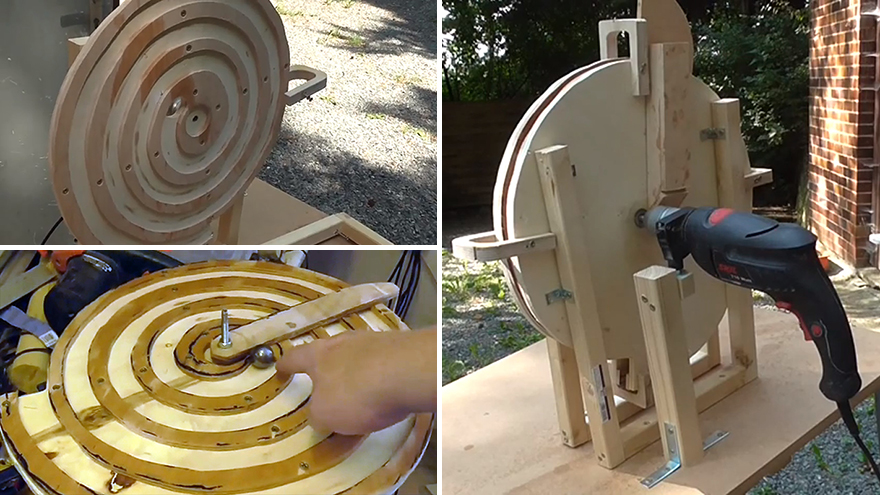 The Slingatron is a "mechanical hypervelocity launcher" proposal for efficiently launching objects from Earth into space. A company called HyperV Technologies Corp. has put a Kickstarter up for it, but with just $23,000 in pledges towards a $250,000 goal and less than a week left, it doesn't look like this one will break gravity.

HyperV's dry, underproduced nine-minute pitch video probably didn't help. But never you mind: Joerg Sprave, the maniac behind The Slingshot Channel—that is where you go on YouTube if you want to see chainsaws launched from slingshots, weaponized toilet brushes or how to separate Oreos using a crossbow—has illustrated the Slingatron concept in a much more entertaining way. Sprave is a man obsessed with DIY projectiles, and by connecting a power drill to his hacked-together wooden representation of a Slingatron, he's created a drill-powered shotgun:

A Better Way to Get Into Outer Space, as Demonstrated by a Power-Drill-Operated Shotgun