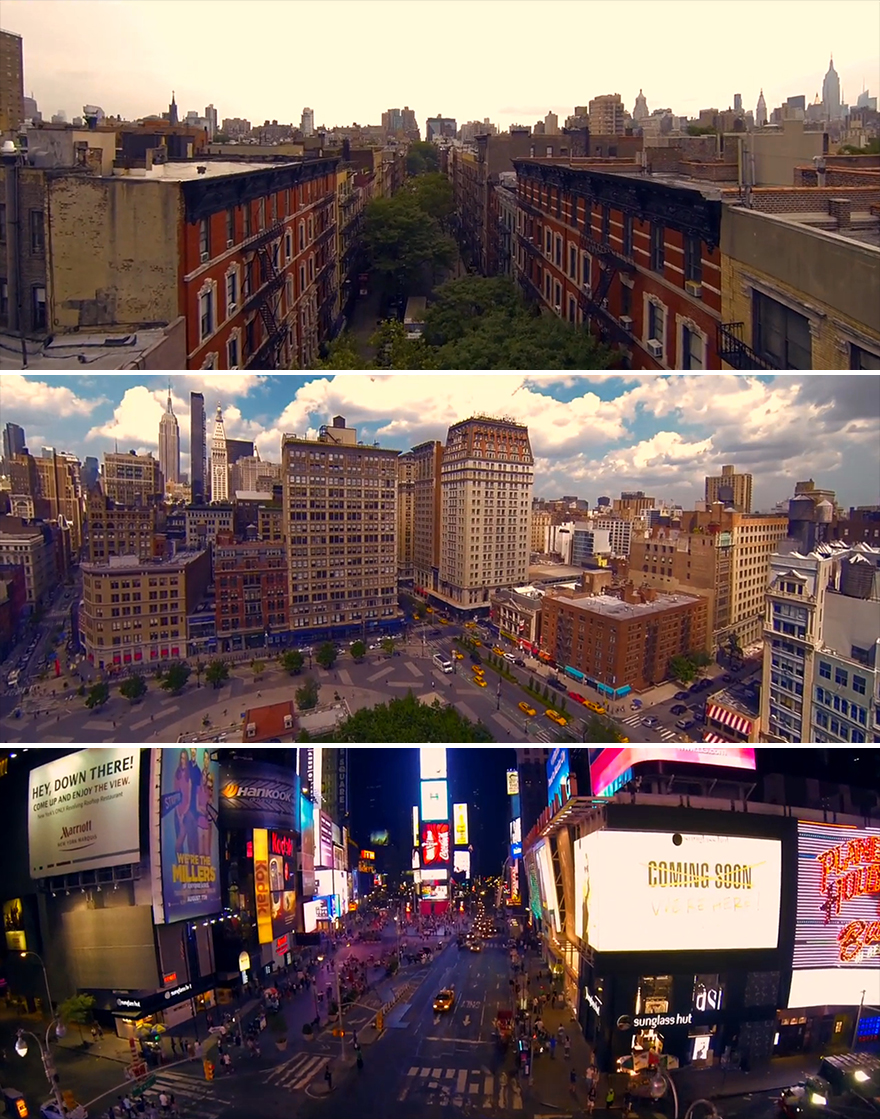 With 200 extras behind me, I had to stride out of a crowded Broadway theater and deliver two lines to my "date," a blonde woman nearly a foot taller than me. (I was clearly a last-minute casting decision.) As I opened the theater doors, the movie camera was right there in my face; as we walked away from the theater, the camera pulled back—then up, up and away, until it was fifty feet above the sidewalk, pointing down at us. The camera was mounted on a crane so long that the base and operators of it were all the way across the street.

Setting up and operating the huge, presumably expensive crane required a swath of Times Square to be shut down. The scene required thirteen takes, and each time the crane had to be reset—not a quick process. The sun was setting and the frantic Assistant Director kept yelling "We are losing the light! We are losing the light!" into a walkie-talkie. Each reset probably cost four or five figures. As my first on-set experience of a Hollywood production, I found the whole thing grossly inefficient.

Folks, if you have any doubt that expensive, hassle-filled camera crane shots will go away, take a look at filmmaker Nicolas Doldinger's "First Flight of the Phantom," a short that he shot by attaching a GoPro Hero 3 to a DJI Phantom quadrotor and a Zenmuse gimbal. We've seen quadrotor footage before, but never like this—and by "like this" I mean in Manhattan. Doldinger's rig comes absurdly close to tree branches and appears to be so unobtrusive that nearly no one notices it. More importantly, he seamlessly goes from street level to treetop and beyond, providing footage of New York that you simply cannot see any other way: