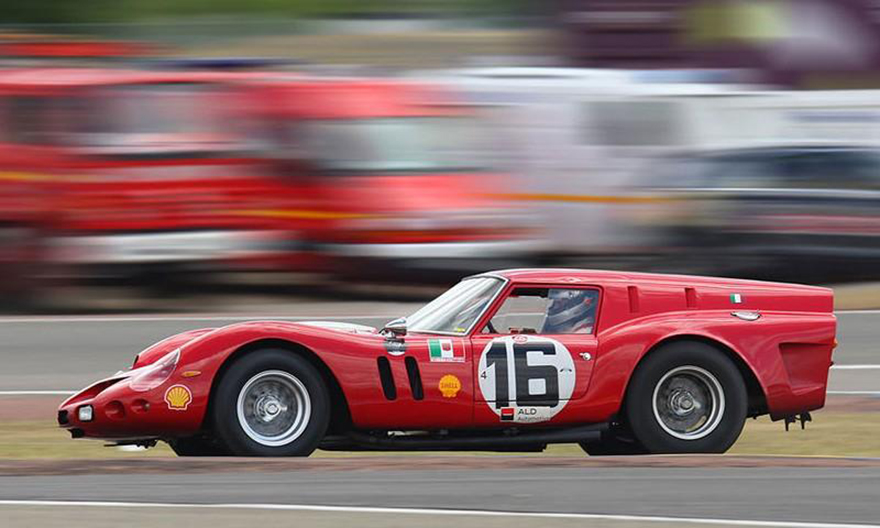 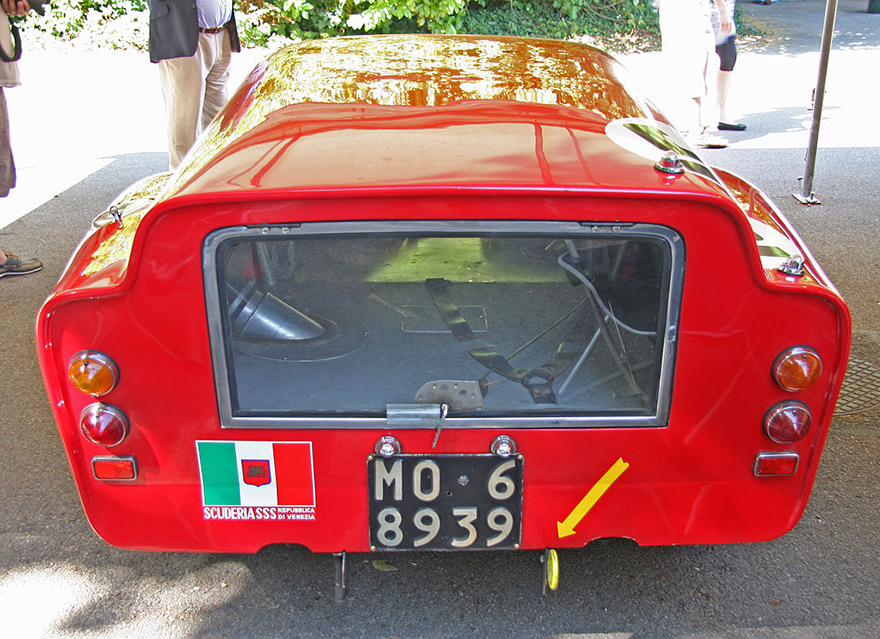 Here's a weird, practically operatic story of how a certain Ferrari came to be.

Giuseppe Volpi was a rich Italian Count, political financier and patron of the arts. (He founded the Venice Film Festival in 1932). In the late 1930s Count Giuseppe had a son, Count Giovanni. The Volpis were rich, and some years after the old man kicked it, Count Giovanni inherited the Volpi fortune at the age of 24.

It was the early '60s, and Volpi started up a racing team, Scuderia Serenissima. With his bundle of cash, he was reportedly one of Ferrari's best customers. But Enzo Ferrari was not an easy man to get along with, being a prickly man with a fiery temper.

By 1961 Girolamo Gardini, a Ferrari Sales Manager, was constantly arguing with Enzo. Of particular annoyance to Gardini was that Laura, Enzo's wife, was meddling with company affairs. When Gardini decided enough was enough, he threatened to quit.

Enzo then pulled a "You can't quit—you're fired" move, prompting what became somewhat melodramatically known in Ferrari history as The Great Walkout. Ferrari's Chief Engineer, racing team manager, Experimental Sports Car Development Chief Giotta Bizzarrini, and a host of other employees backed Gardini in the rift, and they left their posts in protest. This was right when the fabled Ferrari 250 GTO was nearing completion, so this is basically like all of Apple's top lieutenants walking out on Steve Jobs right before the iPod was completed.

Ferrari did manage to recruit other talented engineers, and of course got the 250 GTO completed, surely a drama in itself. Now back to Count Volpi. The 250 GTO, completed in 1962, was recognized as being a freaking awesome car, and Volpi ordered two of them for his racing team. But here was the problem: The guys who had walked out on Ferrari had started up a rival company, ATS (Automobili Turismo e Sport). Count Volpi, with all of his money, sponsored them. So Enzo was pissed. He refused to sell Volpi even one GTO, let alone two.

So what did Volpi do? He asked Bizzarrini to modify a 1961 Ferrari 250 to the specs of a 250 GTO. Bizzarrini, Ferrari's former head of development, was of course equal to the task. He also pulled in coachbuilder Piero Drogo, who had some radical ideas about aerodynamics and stretched the roofline out into a Kammback shape. For his troubles, the resultant car was named after him, and the Ferrari 250 GT Drogo was ready just two weeks after Count Volpi had asked for it.

Nicknamed the "Breadvan" due to Drogo's Kammback design, the car debuted at a 1,000-km race at Germany's famously demanding Nurburgring track in 1962. Which makes it even crazier that the video below just went live on YouTube: It is footage of a Breadvan on the very same track, just over fifty years later, with driver Maximilian Werner scoring the pole position at this year's Oldtimer Grand Prix.

And that, folks, is why it doesn't pay to piss off talented Italian auto designers.