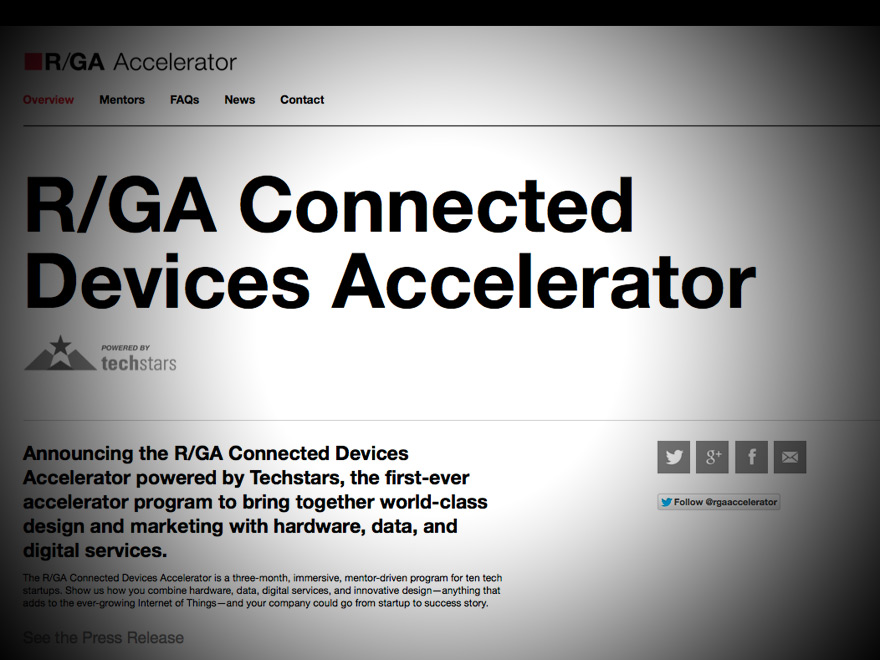 Insofar as the so-called Internet of Things is increasingly regarded as, well, a real thing, the tech and design communities alike have found common ground in pioneering and speculating as to just what those Things might be and how they might work. We've seen a fair share of them—from concept to prototype to final product—but it remains to be seen as to whether, say, Google Glass will see the widespread adoption.

Nevertheless, the connected devices represent the future of technology, and digital agency R/GA recently announced a partnership with startup accelerator Techstars to lead the way: "The R/GA Connected Devices Accelerator is a three-month, immersive, mentor-driven program for ten tech startups. Show us how you combine hardware, data, digital services, and innovative design—anything that adds to the ever-growing Internet of Things—and your company could go from startup to success story."

For three months starting in early December, R/GA will host the startups at their NYC offices, where the teams will have access to dozens of mentors, as well as up to $120K in funding. The deadline to apply for the Connected Devices accelerator is October 11, and the program will culminate with the presentation of the projects at SXSWi 2014. More details are available at RGAAccelerator.com.