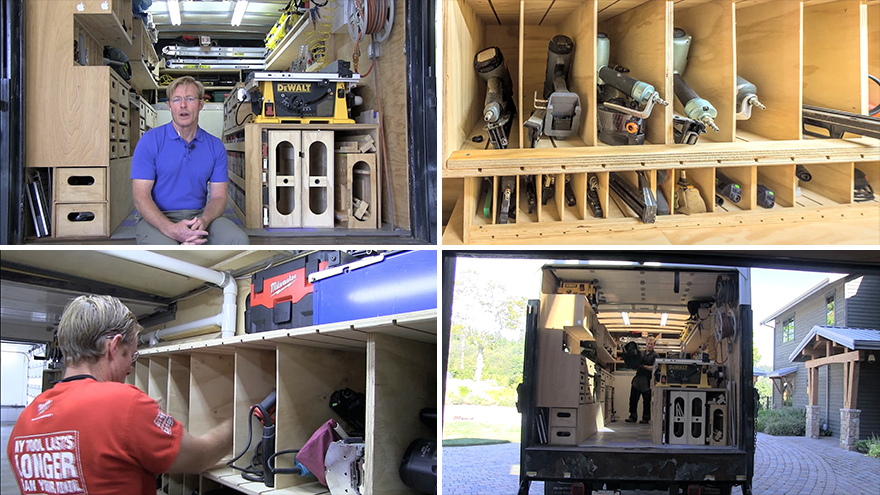 We are back with Ron Paulk on the design of his amazing Mobile Woodshop! In Part 1, Ron discussed how he began the design by figuring out where the large, fixed items would go. Here in Part 2, he reveals how he began filling out the rest of design. He also explains the importance of modularity, his take on two different approaches to storage design—deep, dense and invisible vs. broad, shallow and visible—and why one of his goals is to get rid of the plastic boxes that most power tools come in.