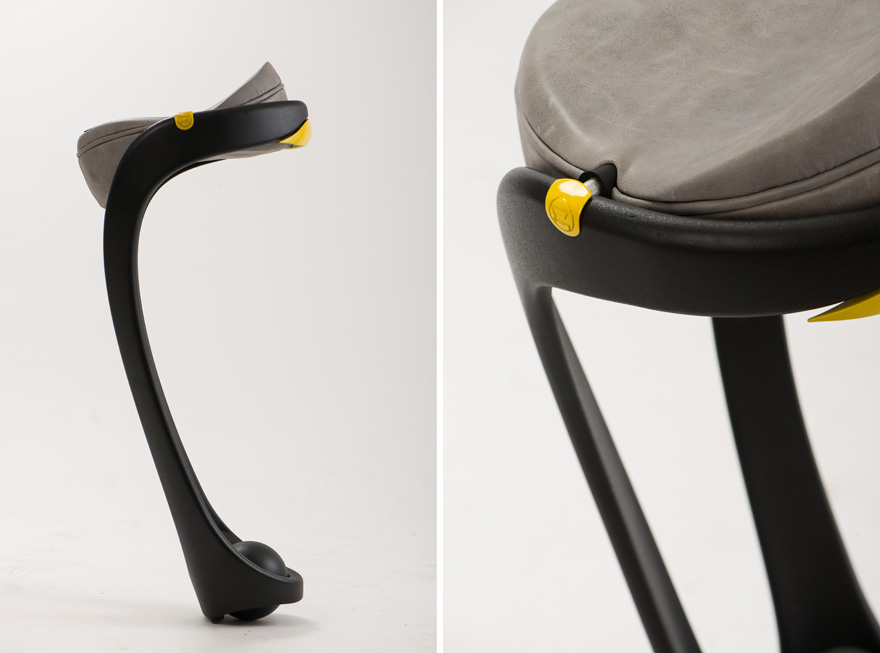 Introducing In the Details, a new series that examines one especially smart, innovative or unusual detail of a new design. We'll have a new post every Friday.

Dor Ohrenstein's Opus Chair is not designed for kicking up your heels. In fact, to use the chair as intended, both soles should be firmly planted. "When you sit in the chair, you make a tripod," says Ohrenstein, who completed the chair's year-long development last May as a school project at Jerusalem's Hadassah Academic College. "It's like sitting on an exercise ball with your feet on the ground. The chair makes you sit up straight."

The idea for the Opus Chair emerged from the principles of qigong, the ancient Chinese practice that combines mental and physical awareness (it's often credited as the basis of martial arts). Ohrenstein wanted his chair to compel sitters to engage their brains and bodies in a similar way—but without the fear of actually falling over.

Several components work in concert to achieve this goal, but perhaps the most crucial part of the design is the unusual-looking saddle seat, which is tilted at 85 degrees. Since the chair requires that users keep their feet on the ground, the seat had to be low enough for shorter sitters, but not so low that it was uncomfortable for taller folks. (Ohrenstein and his wife made for a good test audience; he is nearly six feet tall and she is just over five feet.) 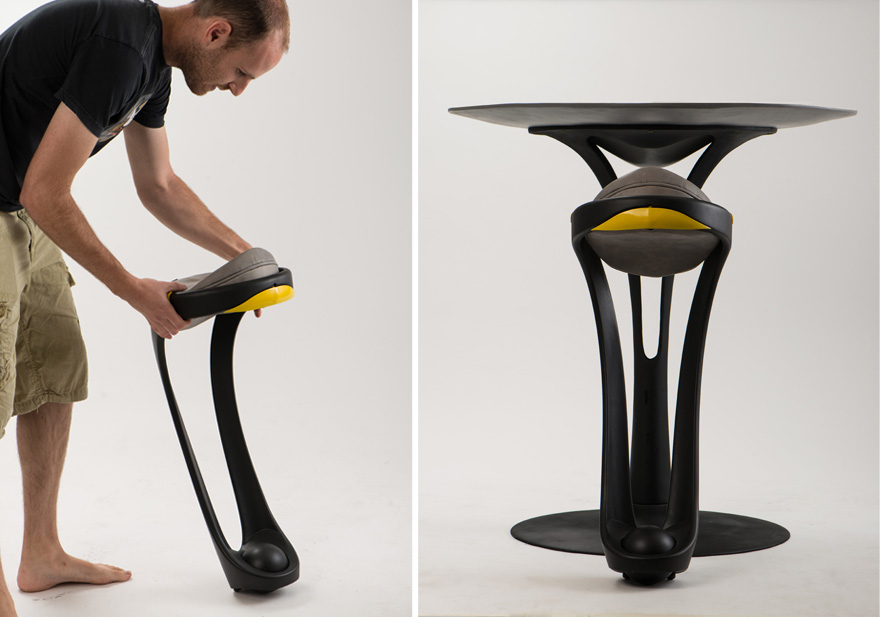 A height-adjustable seat made obvious sense, but Ohrenstein's research returned mostly vertically-mounted options. He looked into the telescoping action frequently employed in office chairs and piano seats, but he decided that none of the standard approaches would be sufficient. Ohrenstein had already worked out his stool's structure; he wanted nothing below the cushion but air.Meanwhile, Ohrenstein started to make headway on the shape of the saddle. He found that a wavelike form made of a lightweight, firm foam would be the most ergonomic option, and it also allowed the chair to maintain a bottom-heavy structure. (The Opus Chair's other standout detail is its ball-mounted base, which is made of steel and includes a pair of small feet to keep the stool upright when no one is sitting on it.) 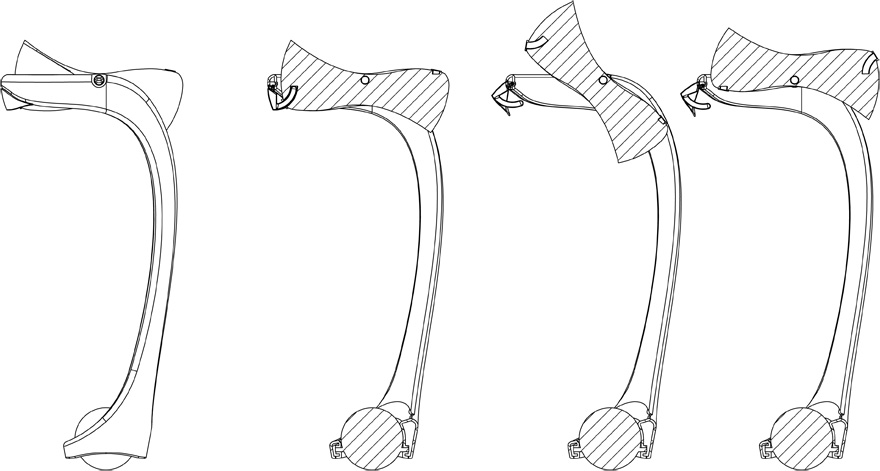 A drawing showing the seat's rotation

The symmetrical, swooping design of the cushion led Ohrenstein and his academic advisor to an idea: a rotating seat with an off-center axis. Typically, if you want a seat to rotate around a horizontal axis, you would thread that axis through the middle of the seat. But nudge the rod a little closer to one side, and the height of the saddle will raise and lower with each 180-degree rotation. Ohrenstein found that this approach fit seamlessly into the rest of his design. A yellow polypropylene handle on the seat back locks the cushion into either height—one is two feet, four inches off the ground; the other is two inches taller.

Granted, two inches is not a huge height adjustment, but, Ohrenstein says, it is enough to allow people of various heights to sit on his Opus Chair "correctly." "I wanted the biggest distance between the seats while saving the design language of the rest of the chair," he says.