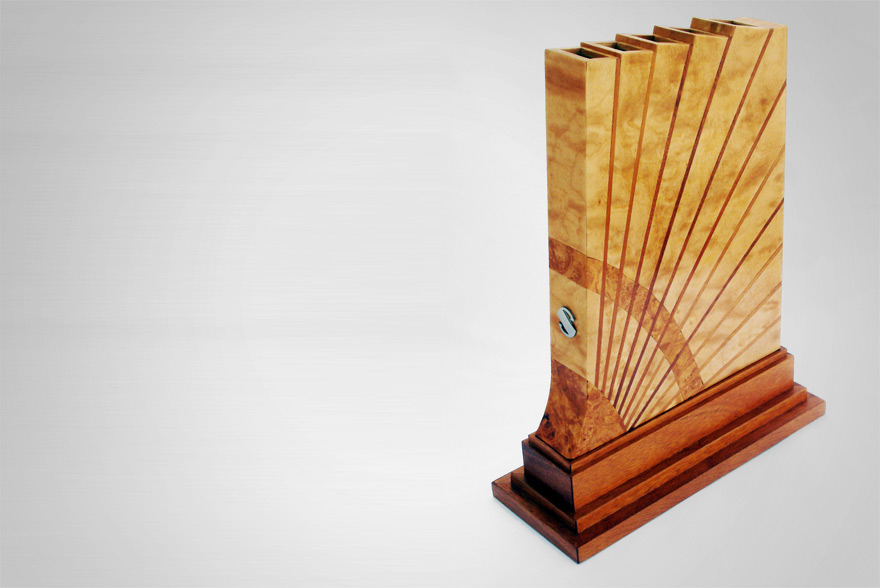 We've seen some of Jeffrey Stephenson's sculptural computer creations before—including a questions and answers to his queries about a PC tower project—but he might just have outdone himself with his latest project. Made from 167 pieces of handcut veneer, "Flightline is made from quilted maple, maple burl, mahogany, lacewood and aircraft grade birch plywood." 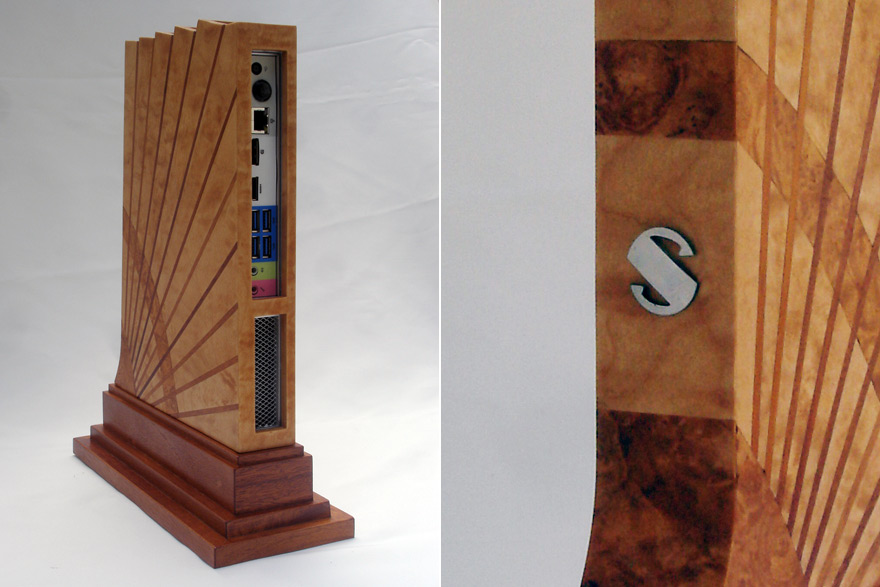 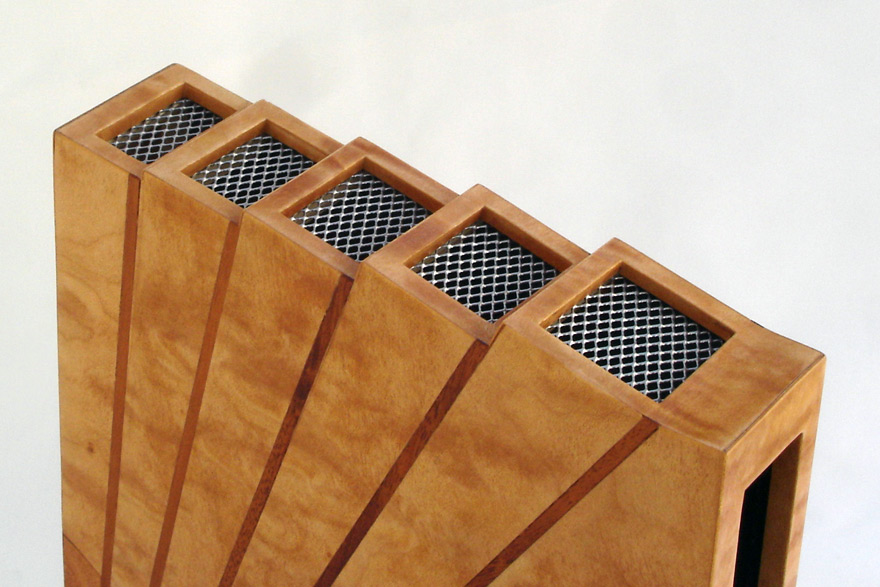 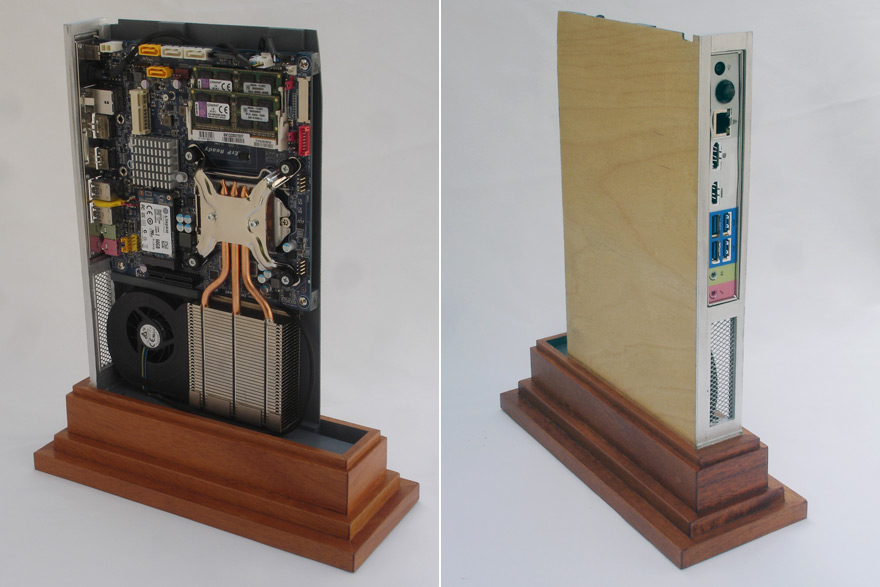 Some of you may recognize the piece as an homage to the Wright Brothers Memorial at Kitty Hawk, North Carolina. "The inspiration for the piece came from the grandson of the monument's designer," writes Stephenson via e-mail. "He sent me the monument photo [below]."

Basically, I've been wanting to do an Art Deco sunburst for some time but it always comes out looking like a Japanese battle flag. I also like to do the Art Deco stylized wing design. I asked my friend (the above designer's grandson and a noted tech journalist) if he had any good ideas for a "wing thingy" He sent me the photo attached. To me it combines the two style elements into a hybrid bird's wing/sunburst. It took me a year to work out the equipment end of the design and put it all together. 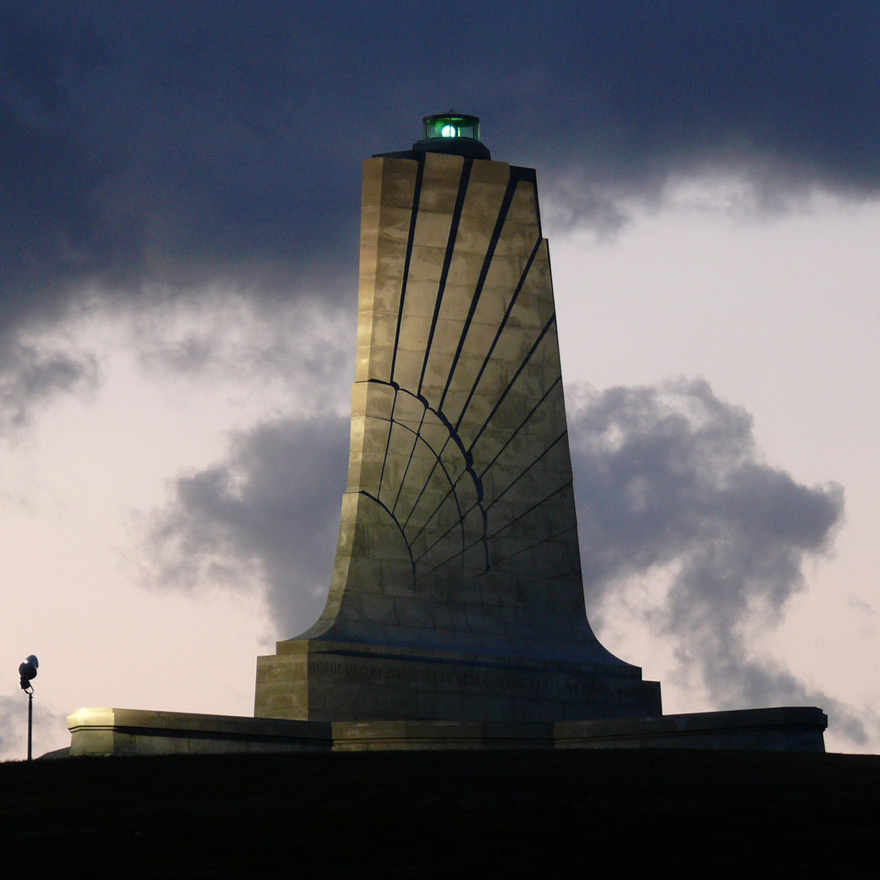